Top Ten Roller Coasters Opening in 2017 in US

As 2016 comes to a close it’s time to look ahead to next year. Here’s our list of the top ten roller coasters opening in 2017 in the US that you need to ride next year.

Owa, meaning “big water” in the Muscogee Creek language, is the name of a multi-use development in Foley, Alabama containing a brand new amusement park that will open in 2017.  The amusement park will have a unique name that will be released at a later date. Rollin’ Thunder is expected to be a clone of Thunderbolt at Luna Park, which you can see in the video below, but will have a new restraint design.

Kersplash is a water coaster that ran at the Washington State Fair. The unique ride features two lift hills and two splash downs. It will open at Edaville USA in 2017.

A family inverted coaster from S&S that will have onboard audio and with a 39-inch height requirement, Dutch Wonderland hopes the coaster can be enjoyed by “young and old alike.” Merlin’s Mayhem will be manufacturer S&S Worldwide’s first foray into inverted/suspended coasters.

Casino Pier’s 2017 coaster is a Gerstlauer Euro-Fighter model which has a 72-foot vertical lift and beyond-vertical drop. Passengers will glide along overlooking the Atlantic Ocean near the 1,050-foot coaster track which includes a vertical loop, an Immelman turn and a heartline roll during its course. 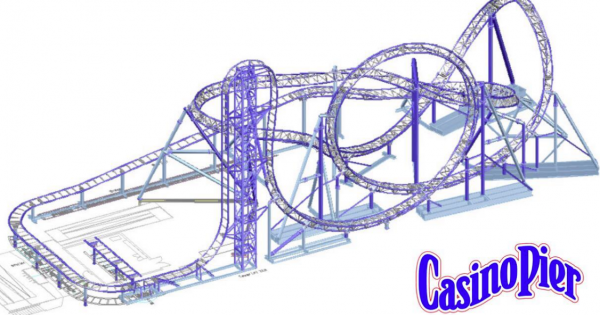 GaleForce at Playland’s Castaway Cove was originally supposed to open in 2016 but track alignment issues forced the park to delay the official public opening until 2017 after a new piece of track could be manufactured. The 12 passenger car will finally be able to launch back and forth until it reaches 64 mph where it will ascend the 125 foot tall top hat before plunging into a beyond ninety-degree drop.

Busch Garden Williamsburg’s first wood coaster will actually utilize a steel support structure. InvadR is being touted as the “world’s first crowdsourced ride, inviting consumers to ‘decide the ride’ and become co-creators with the park team for this unique new attraction.”

The unique jet ski-style car design is the first such coaster design in North America and engages riders in a straddled seating position. The design will allow riders to lean into a series of banked and serpentine turns, and grip the handle bars as they race over hills designed for maximum airtime, and a pair of high acceleration launches. Wave Breaker: The Rescue Coaster marks the return of Intamin to the United States. Intamin’s last new U.S. Coaster was Skyrush at Hersheypark, which opened in 2012. This is not Intamin’s first experience with SeaWorld Parks, as they were the company behind Cheetah Hunt, which opened at Busch Gardens Tampa in 2011.

Kings Island is known for having one of the best wooden roller coasters in the world in the Beast. Now they come with another thrilling wood coaster trip through the woods. Mystic Timbers will stand 109 feet tall with a 97-foot-tall drop, reaching a top speed of 53 mph during its 3,265-foot-long course. And the park has been teasing a surprise ending #whatsintheshed. It’s the longest ride on this list.

Location: Sandusky, Ohio
Manufacturer: Rocky Mountain Construction
Height: Unknown
Length: Unknown
Inversions: Unknown
The biggest unannounced project that could open in 2017 is the Mean Streak transformation at Cedar Point. We pretty much know that Mean Streak is currently undergoing a conversion from wood to steel by the hottest company in the amusement industry, Rocky Mountain Construction. The question remains if it will open in 2017 or 2018. If this is a 2017 project then it is no doubt the number one most anticipated roller coaster opening in 2017 in the US. 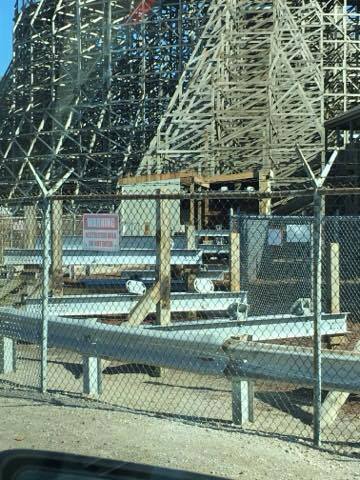 Final Thoughts on the Top Ten Coasters for 2017 in America

Overall, 2017 is not looking like a real strong year for new coasters in the United States. The longest track is only 3,265, with most under 2,600 ft. But it’s good to see the return of Intamin as well as American companies Gravity Group and GCI building coasters in America again.

Do you agree with our list of the top ten most anticipated roller coasters opening in 2017 in the US? Do you think 2017 will go down as one of the best or worst classes of new coasters?