3 Reasons Why Batman: The Ride will be Better than Green Lantern

Batman: The Ride will be opening at Six Flags Fiesta Texas this summer as the first 4D free fly coaster by S&S Sansei. The new coaster has been compared to the very similar looking Green Lantern at Six Flags Magic Mountain, a Zac Spin coaster by Intamin. While a rather unique ride experience, the reviews for Green Lantern have mostly ranged from average to not favorable with many complaining about the lack of comfort:

There was nothing fun about the Green Lantern ride at magic mountain. pic.twitter.com/2oZct3jQlM

Because the two rides look similar, many coaster enthusiasts are already worried about the ride experience on Batman. But if we look closer we’ll see there are a few key differences and improvements in Batman’s favor. Here are three reasons why Batman: The Ride will be better than Green Lantern:

Let’s start with the track. Batman is using Rocky Mountain Construction’s Iron Horse track (though it is a larger variation than found on the wooden makeovers). It’s easier to cut and weld flat pieces of steel than bending a round tube, as Rocky Mountain explains in their track patent:

“When steel rod or steel pipe is heated and bent into complex designs, the rod or pipe does not necessarily bend as desired. Metal will typically seek to bend at its weakest point or where the most force is applied over a span. As such, the end result of a fabricated steel structure may not exactly match the desired design, which either results in repeated attempts of fabrication or settling for a less than optimal result.” 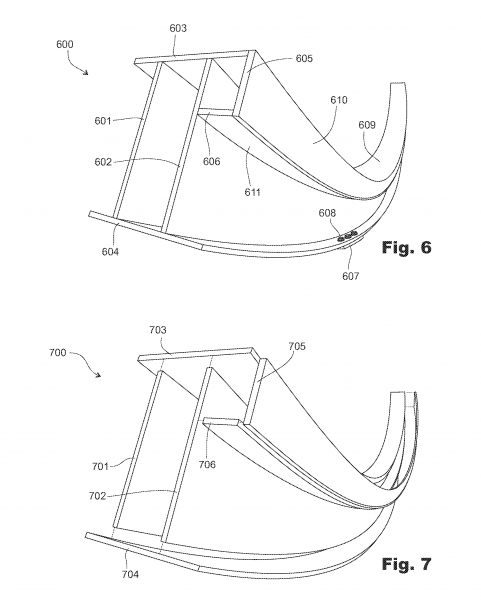 So the Iron Horse track will be much more precise than a traditional steel coaster – something that takes on even more importance when you’re creating wide trains with seats sticking out away from the center of gravity.  I expect Batman to be much smoother as this type of track makes it easier to maintain plane resulting in no extra flapping or bouncing and less vibrations than the zac spins or previous 4D coasters. 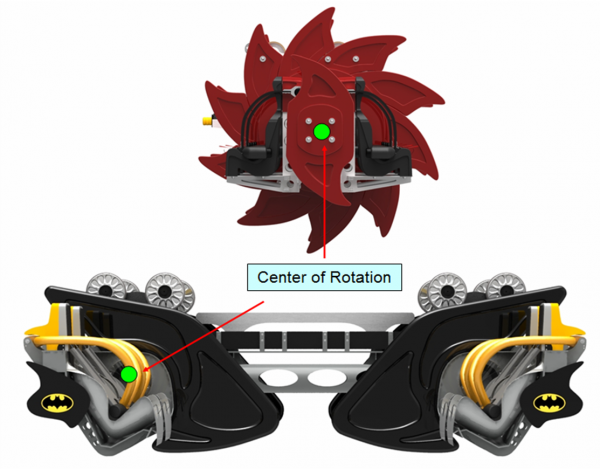 The way the spinning works on Batman is pretty much controlled chaos. The seat rotation design is pretty similar to the 4D trains Arrow patented and then S&S acquired when they took over the assets, just that they don’t have the rack and pinion mechanism that controls the rotation. The seats are free to spin but they also have a magnet and fin system that helps control the flipping. There are actually two sets of magnets: the first prevents the spinning from becoming too fast or too much while the second can be used to help induce spinning to flip the seats at the desired locations. 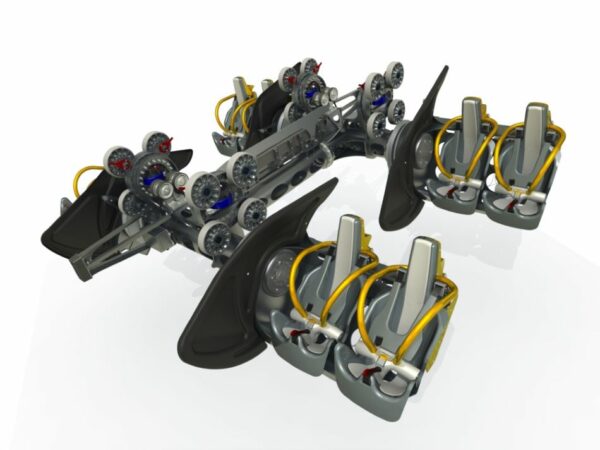 One of the problems with the free spinning Zac Spins is the spinning is totally dependent on weight distribution, and that can sometimes lead to bad rides. The magnets on Batman prevent this problem from happening. Alan Schilke, the renown coaster designer, also stated in an interview that if you get two passengers moving their limbs in tandem at the right moments, the riders can actually affect the spin of the seats – how cool is that?

Watch Theme Park Review ride the prototype – and look for the magnetic fins:

We won’t know for sure until the ride actually opens, but for these three reasons I believe Batman: The Ride will be superior to Green Lantern and the other Intamin Zac Spins. Are you excited for Batman? Your thoughts?