Although Banshee is receiving much of the off-season attention at Kings Island, the park is also giving one of their older coasters a new look and new name for 2014. 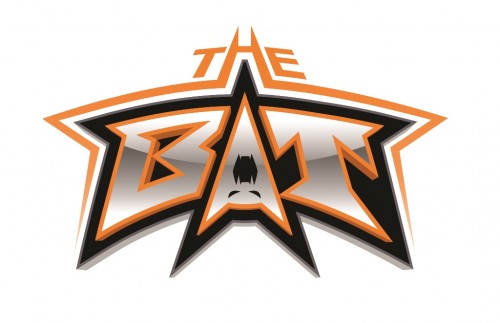 The park’s Arrow suspended coaster, Flight Deck, will reopen as “The Bat” in 2014. The new name and look is a nod to the park’s former suspended coaster of the same name that operated intermittently from 1981 to 1983. 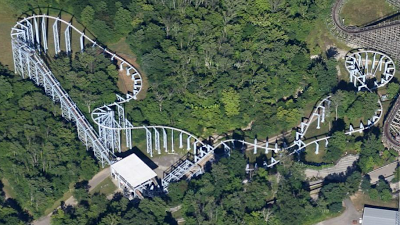 The park’s second Arrow suspended coaster opened as Top Gun in 1993 and was renamed Flight Deck after Cedar Fair bought the park from Paramount in 2008.

The park sent us photos of crews uncovering the freshly repainted ride vehicles: 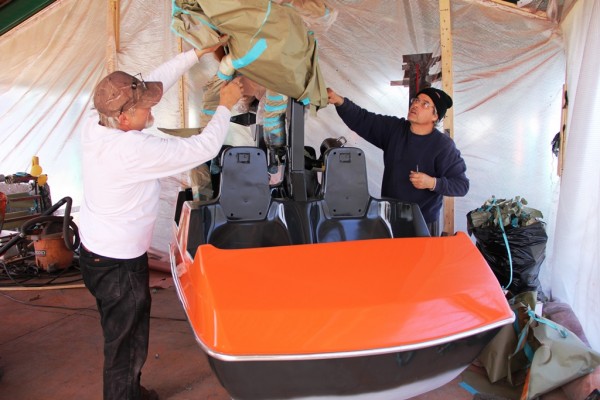 The park included the following caption with the photos: “The finishing touches are being put on the first set of cars of the Bat roller coaster (formerly Flight Deck) with the new color scheme of orange, black and silver.” 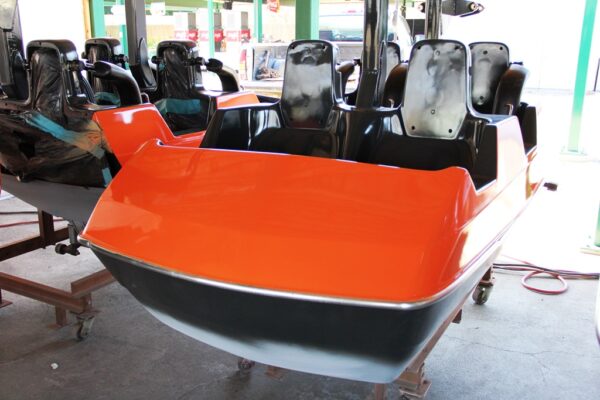 You can follow the painting of the track and supports on the park’s live webcam. The Bat’s track will sport orange, while the supports will feature two shades of charcoal for the columns and structure. 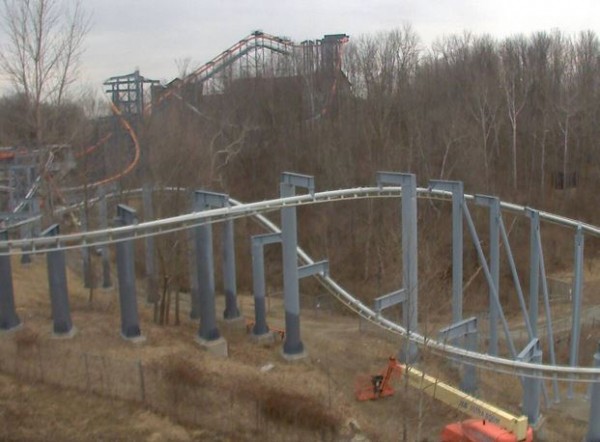 Although a lot of track has yet to receive new paint, you can see a glimpse of the new color scheme in the distance.

Kudos to Kings Island for giving some “TLC” to their classic Arrow suspended coaster rather than tearing it down as so many other parks have done.