Behind The Lens With Bo Corbin, Coaster Photographer

While a lot of his photos are from his home park, Kings Dominion, he has taken some fantastic shots at parks including Cedar Point, Busch Gardens Williamsburg, Dorney Park and Carowinds. I was able to catch up with Bo during a trip to Kings Dominion earlier this season, where we talked about his history with his home park, tips for aspiring roller coaster photographers, and a few of his favorite amusement park-related things. 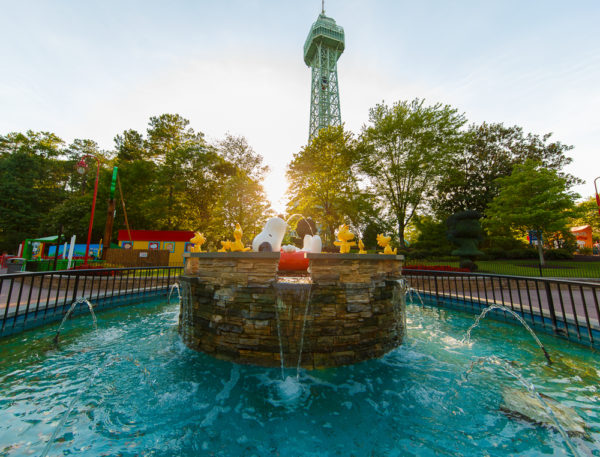 C101: What drew you to Kings Dominion Specifically? Was it the roller coasters?

When Paramount took over, when they first came in, everything was great. But you could tell in the early 2000s, they were kind of done. So I didn’t come for a few years, it wasn’t in me anymore. Everything I enjoyed at the park was just kind of disappearing. Then Cedar Fair bought it, and I saw the changes they were making, and the things were working out pretty good, and brought me back. 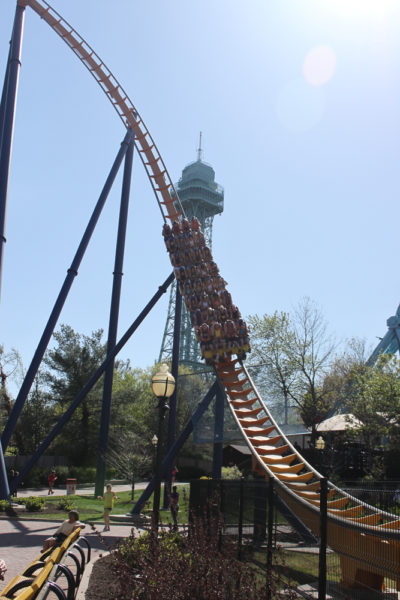 C101: How did you first get into taking photos at theme parks?

BC: I obviously came to Kings Dominion as a kid, and as I got into my teens, digital photography came in, and I could actually afford it, because film was expensive. I did some landscape photography for a while, but it was just okay, not really my thing. And I just decided one day that I was going to bring my camera into the park and have a little fun with it. That was in 2012.

BC: I do remember actually. I was shooting with a Canon Digital Rebel T1i. 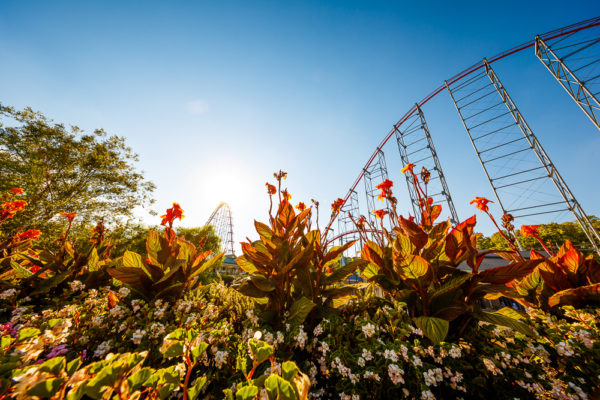 C101: And what are you mostly shooting with now? 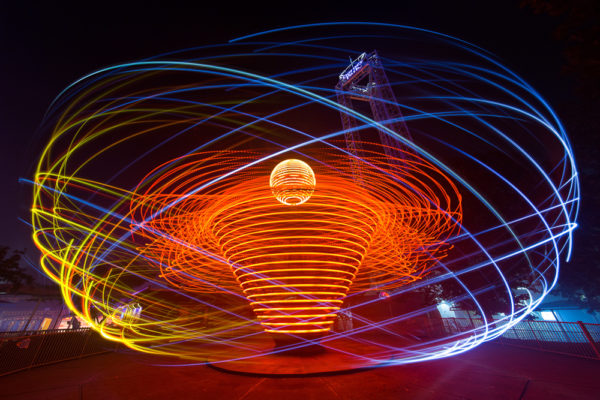 C101: How do you edit photos and what’s your process?

BC: I go through and mark the photos I like. The ones I don’t like, I don’t get rid of them, but again, storage is cheap. I pick the ones I want, and if the lighting doesn’t change. I edit the one, and sync them up. I use Lightroom because it’s made for photographers, it’s a great workflow. If I have to remove something, the heavy work, I use photoshop, but for the most part, I use Lightroom as my go-to. 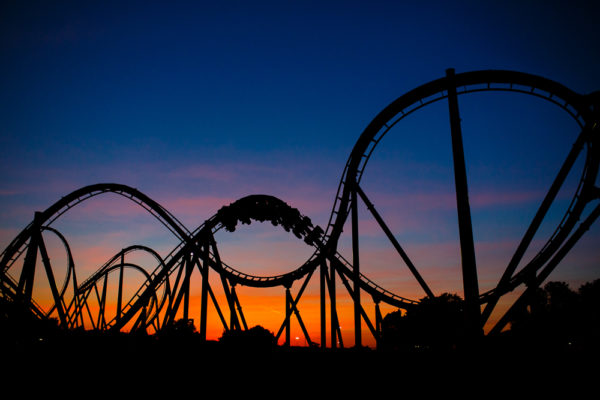 C101: You do some freelance photography for Kings Dominion. How did you first get linked up with the park?

BC: Last year, Katelyn [Sherwood, former PR Manager for KD] sent me a message through twitter that said “Hey, we have a pass member preview night coming up for opening day. We really like your photos, and we’d like to show some fan photos, would you mind if we showed some of your photos?” And I said sure, and they asked if I could send over a few high resolution photos. Done. No problem. 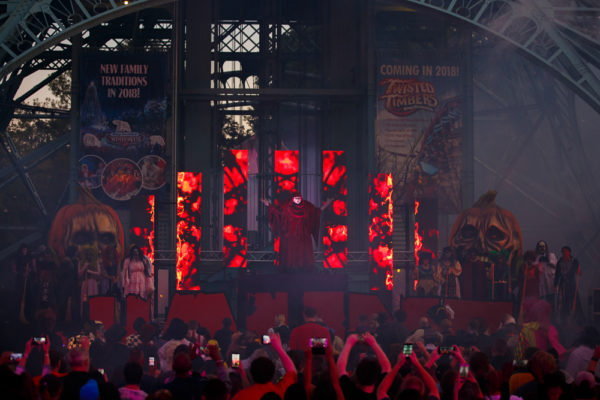 BC: So I came to the preview night, and “fan” photos were asset photos they had with mine mixed in. I introduced myself to Katelyn formally in person, and came back two weeks later, and had a meeting with Katelyn, Maggie [Sellers, current KD PR Manager], and Scott [Clemons, Director of Marketing for KD], and we went from there. 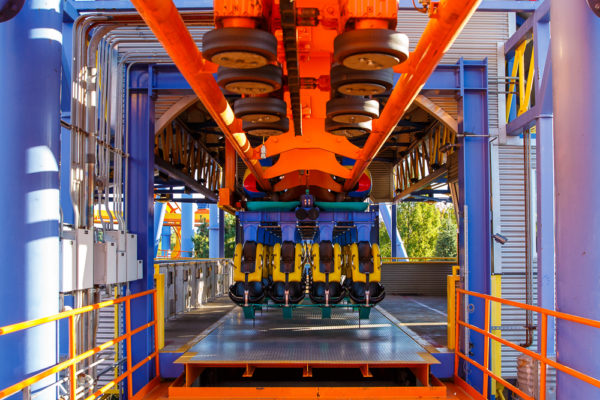 C101: And you’ve done some photography for some other Cedar Fair parks as well?

BC: I’ve done some work for Dorney Park on an informal basis, but they do use my photos, more social media on that one. That’s actually what got my foot in the door. A woman that works at Dorney, I didn’t know who she was because she used her personal account, messaged me and said “Hey, I like your pictures of Dorney Park, do you have any more?” So I went ahead and posted them, she sent me a message and said “Hey, here’s my email address, whenever you want to come back, let me know, and we’ll see what we can do.” 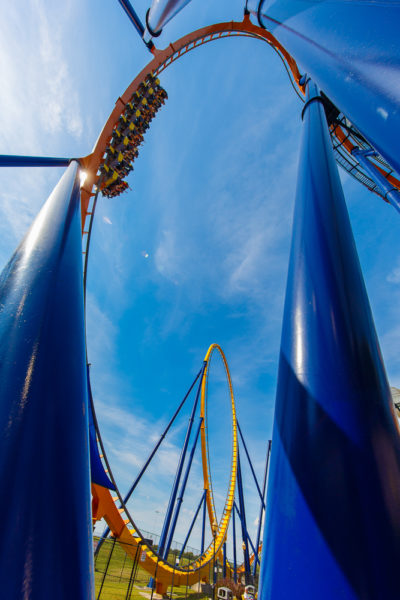 C101: What’s your favorite ride at Kings Dominion to photograph?

BC: Dominator, believe it or not. Mostly because of the way the sun sets. The sun sets back towards the west, it’s great. You can also walk through and under the ride. There’s lots of angles, and lots to work with.

C101: What about your favorite ride to ride at Kings Dominion?

BC: I would say for now, it’s Intimidator, but Twisted Timbers is a very close second. Followed closely by the Flying Eagles – they’re quite exciting if you know what you’re doing [laughs] 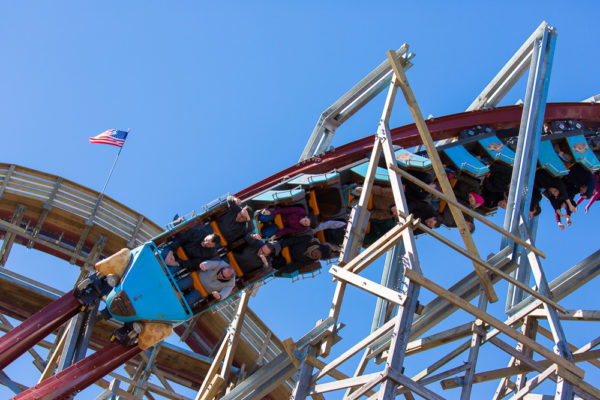 C101: What advice would you give an amateur photographer who wants to get into amusement photography specifically?

BC: Just get out there and practice, and shoot. Storage is cheap. Hard drives are cheap. You don’t have to worry about film. Fill up the card. If it doesn’t look good, start over. I like to always tell people to keep some of your old photos, and don’t delete everything. That way you can look back and see where you make mistakes, and where to improve. And then, years down the road, you can look back and say “wow, that was horrible,” and can see how far you’ve come since then. 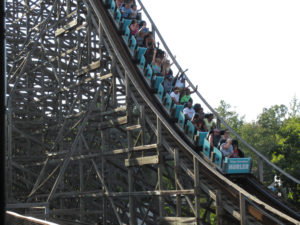 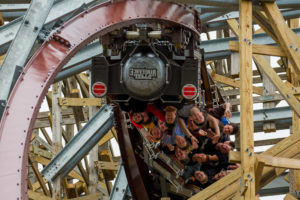 BC: Above all, Go out and have fun. There’s so much to do and see at the parks. There’s big attractions, but there’s also shows, and food events, plenty of opportunities. Planet Snoopy, families, those are all great things to photograph. Family memories. I still have the photos of when I was a child walking through The Grove. There’s a photo of me and my dad, I can’t find it, but it does exist, of my dad and me in one of the little cars. Just go out and have fun, don’t get super focused where you’re like “I’ve got to get this shot, I’ve got to get this shot.” Just relax and enjoy. 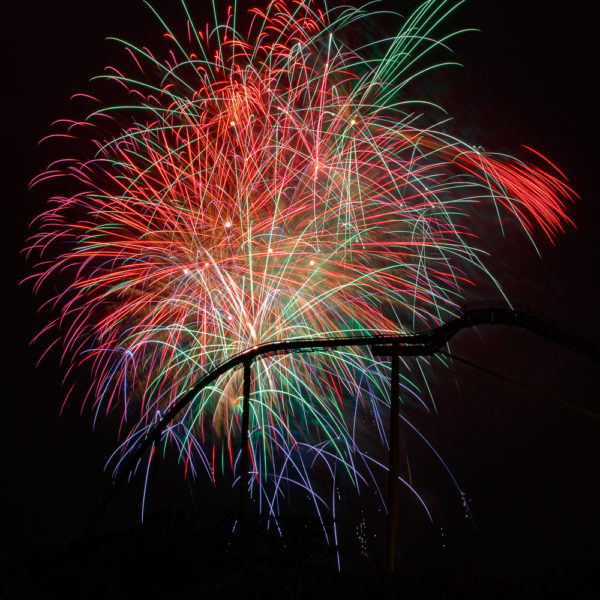 BC: It’s like picking one of my kids. Let me put it this way, I’ve got a wall at home, and I call that my coaster wall, and it’s all photos I’ve taken from various parks, whether I’ve worked with them or not. There was one shot, it’s Intimidator 305, and it was a shot I proposed to Katelyn, Maggie and Scott last year. I had been to Busch Gardens Williamsburg a few years earlier, and I was in the parking lot while fireworks were going on. I was ready to leave and go home, I was tired. and I said “I’ve got a few minutes, let’s see what I can do.” So, I got this great silhouette of Apollo’s Chariot with fireworks in the background. [Above] 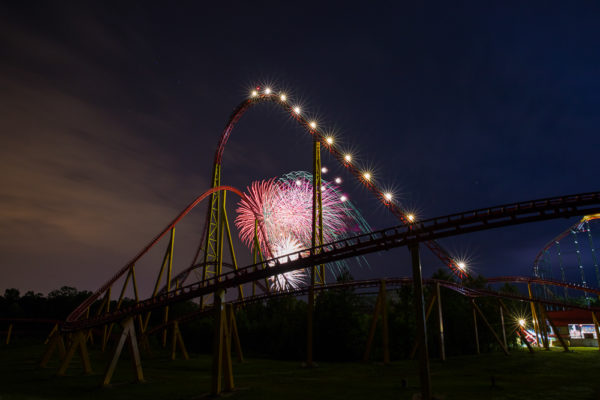 BC: I came out to Kings Dominion the following summer, and they had changed where the fireworks were shot off. They were back over by the water park. I was riding Intimidator while the fireworks were going off, and the light bulb went off, “that’s my shot. I want that shot.” I had the meeting with Katelyn, Scott and Maggie and they asked “what do you want to do?” and I told them, “here’s what I want.” I would say that’s my favorite, just because I was able to propose that to them, they green lit, and they took me back there and let me do it. 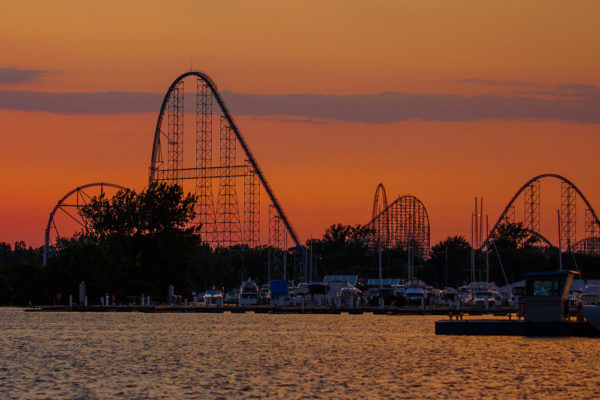 BC: I’ve got another great shot of Millennium Force, another one of Dominator that I love, but I have to go with Intimidator because it was my shot all the way through, one I planned out and got. Came down the night before to make sure everything was how I wanted. 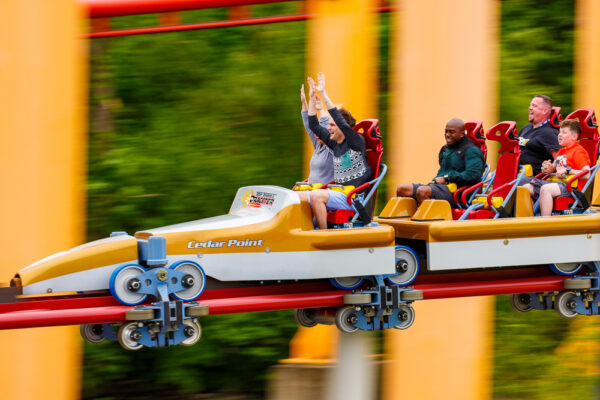 BC: That’s a tough one, because Kings Dominion is home for me. Probably Cedar Point, just because it’s Cedar Point, it’s a special trip for me. Eight hours one way, so it’s kind of like when I was a kid, a once a year thing. But yeah, I’d have to go with Cedar Point. 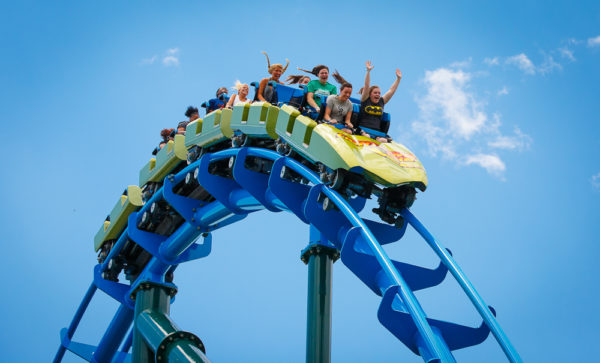 C101: If you could make roller coaster photography a full time career would you do it?

BC: [Immediately] Yes! If I could combine two hobbies that I absolutely love, what’s not to like about that? 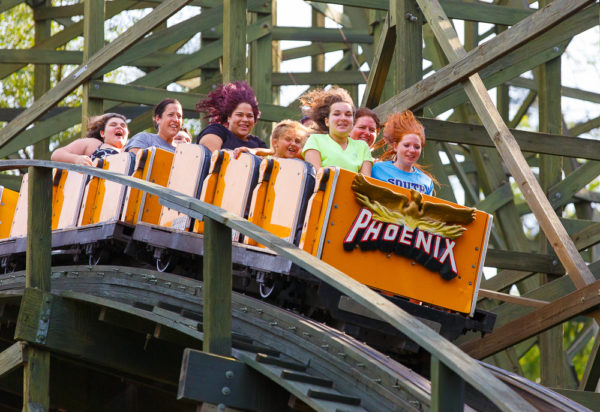