For most of our readers, this may be the only coaster class on this list they were even alive for. Top Thrill Dragster was the highlight of the year by far but former Cedar Fair CEO Dick Kinzel said it was probably the worst business decision he’s ever made. The majority of the other new coasters built in 2003 were all clones, or copies of existing rides: Steel Venom, Superman Ultimate Flight (x2), Batman the Ride. Or parking lot coasters like Scream at Six Flags Magic Mountain (also a clone).

Yes, the most notable roller coaster opened in 1983 was Cyclone at Six Flags New England, the same ride that was just closed in 2014. Yeah, that’s pretty sad. 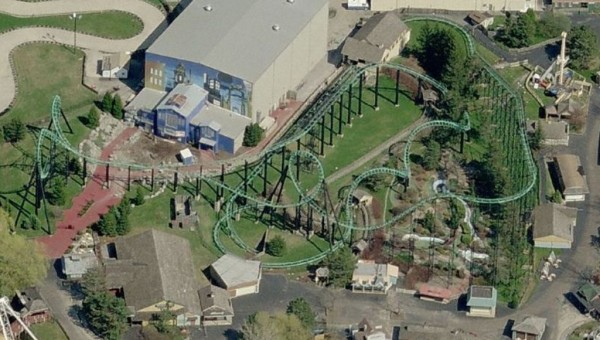 Only one new coaster was built in 1932 and 1945 respectively. But this should come as no surprise. In 1945, World War II was still wrapping up and 1932 was in the midst of the Great Depression. Giant Racer opened at Saltair, an amusement park in Salt Lake City.

Yes, no new roller coaster were opened between the years of 1943 and 1944. Not surprising seeing as how we were fighting in a world war. If you were a roller coaster enthusiast back then, you were probably fighting in the war, but if not, it was a long wait until a new coaster opened.

Honorable mention: 1985 is saved from being in the top five by the opening of the Phoenix at Knoebels.

There was a lot going on in the world so the 1930s and 40s have a good reason why so few coasters were built. The 1980s were a rough time, literally, with all the Arrow coasters, until B&M came onto the scene in 1990 with their super smooth rides. 2003 was rather disappointing, especially considering how awesome 1998-2001 were.

Do you agree with our list of the worst years for new roller coasters? What coaster class has been the worst since you’ve become a coaster enthusiast?