It’s time for the “N” coaster in this season’s edition of the “A-Z Coaster of the Week,” where we highlight a different coaster with the corresponding letter of the alphabet. We’re headed to the original Six Flags park, Six Flags Over Texas, outside of Dallas, to take a look at New Texas Giant. 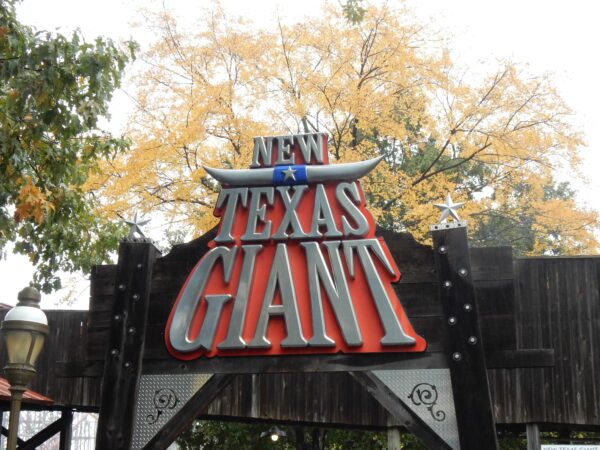 Originally known as Texas Giant, the coaster was manufactured by the Dinn Corporation, and opened at Six Flags Over Texas as the World’s Tallest Wooden Roller Coaster in 1990. After winning the Golden Ticket Award for “Best Wooden Roller Coaster” in 1998 and 1999, the ridership began to decrease as the ride became rougher over time. Six Flags over Texas announced in early 2009 that Texas Giant would close for renovations at the end of the 2009 season in celebration of the coaster’s 20th anniversary.

New Texas Giant would become the first Rocky Mountain Construction coaster in the United States. Utilizing RMC’s I-Box/Iron Horse track, the transformation of Texas Giant into New Texas Giant took the entirety of the 2010 season, and the “new” coaster opened on April 22, 2011, as part of Six Flags Over Texas’ 50th birthday celebration. 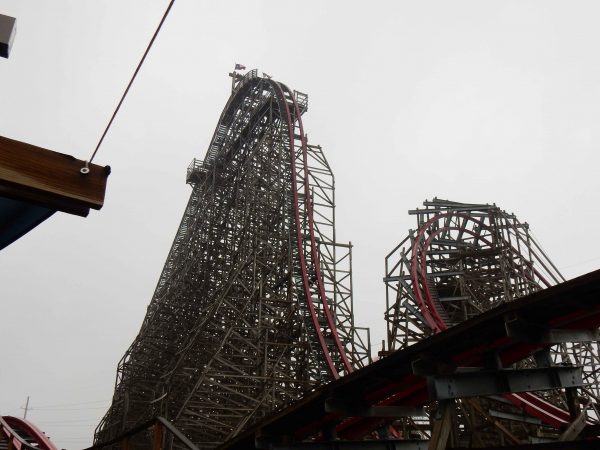 According to Amusement Today, the track was developed over the course of three years by RMC owner Fred Grubb, and Ride Centerline, LLC engineers Alan Schilke and Dody Bachtar, The steel track was designed to be a replacement for any existing wooden track structure, with the rail shape, approximate weight, and dimensions remaining the same. Schilke designed the modifications to the layout, giving specifications to Grubb for manufacturing at RMC’s Idaho plant. There, two-dimensional plates of steel were machine-welded to form the three-dimensional track parts. 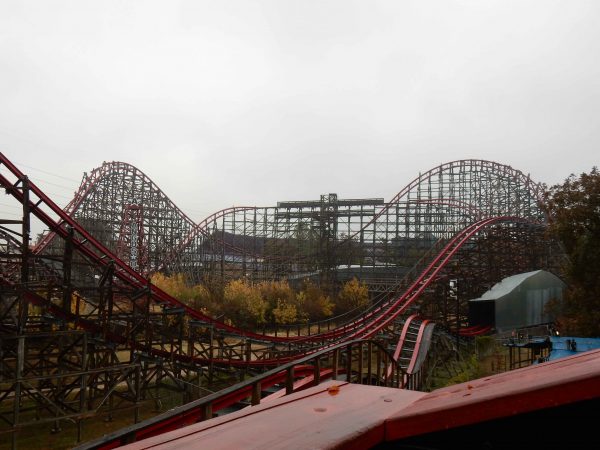 New Texas Giant, while maintaining much of the structure of its predecessor, saw several changes to the ride’s statistics. Originally, Texas Giant had a height of 143′, drop of 137′, length of 4,920′ and a 53-degree first drop. As New Texas Giant, the height, drop, and vertical angle increased to 153′, 147′ and 79 degrees respectively, while the length of the coaster actually ended up 416′ feet shorter at 4,506′. The top speed increased from 62mph to 65mph.

Gerstlauer manufactured the new trains, which seat 24 riders each and are themed to 1961 Cadillacs. Though the ride features no inversions, there are two (95 degree and 115 degree) over-banked turns. 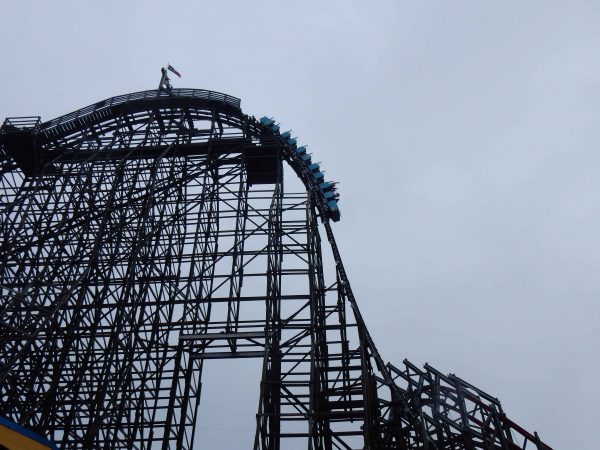 Check out the official video of New Texas Giant from Six Flags Below!

Have you ridden New Texas Giant? Let us know in the comments below, and come back next week as we highlight the “O” coaster of the week!