It could be cliché to say that the amusement industry is in someone’s blood. But for Kings Dominion’s new Vice President and General Manager, Bridgette Bywater, it’s actually a very true a statement. She always knew she would work at an amusement park from a very young age.

A native of the Kansas City metro area, Bywater’s parents met while working as ride operators at Worlds of Fun in 1973, the park’s opening year. While they constantly told their daughter how much fun it was to work in a park, it was the social aspect that appealed most to her.

“What struck me about my parents’ experience was that they came from very different walks of life, from very different places geographically and met at the park,” Bywater said.  “I just knew that the opportunity was there to get outside of the social network that I was in, and to meet people that I did not go to school or run around with. I really wanted to expand my horizons a little bit. So, I always knew that I wanted to work in the amusement park industry.

“I think that it is such a different environment from the normal working world that it gives you and your coworkers something to bond over, and grow your appreciation of,” she continued. “There’s something about it that gets in your blood, and the people that really enjoy it get that, so you tend to connect that way. There are so many ways of connecting with people that you would not normally have in a more typical working environment.” 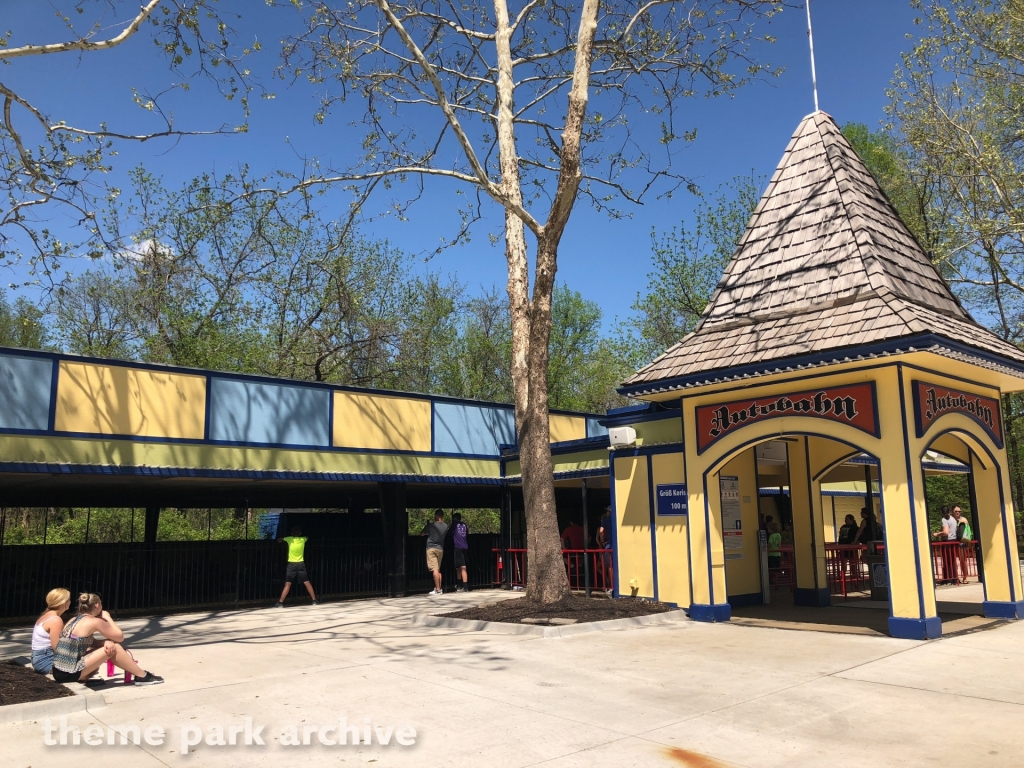 Like her parents, Bywater’s first job was at Worlds of Fun, operating rides.

“Way back when they would hire you and then you would find out what you would do. When I applied, the park offered me to either be a night shift ride operator or a day shift park services person, the people who swept,” she said with a laugh. “That was long before I understood how much better park services suited my personality! But my parents had been ride operators and so I chose to be a ride operator. My first summer I spent working the night shift at the bumper cars.”

The Outside World (of Fun)

Bywater attended Truman State University in Missouri with initial plans to major in Chemistry and become a Geochemist. But working at Worlds of Fun made her realize that she didn’t want to work in a lab. (She later graduated with a bachelor’s degree in Business Administration, with a dual focus in Management and Marketing, and a minor in Business Psychology.)

“I actually found the outside environment a lot more engaging. Philosophically, I thought it would be more interesting,” she said.

In her career at Worlds of Fun, Bywater worked in a wide variety of roles. She was a ride operator. She worked in Human Resources. She worked in admissions, and was hired full-time after graduating from Truman State as the manager of Admissions and Park Services. After several promotions that saw her managerial capabilities increase throughout her early career, Bywater was part of a Cedar Fair team that oversaw the transition of Geauga Lake, following the company’s purchase of the park in 2004. 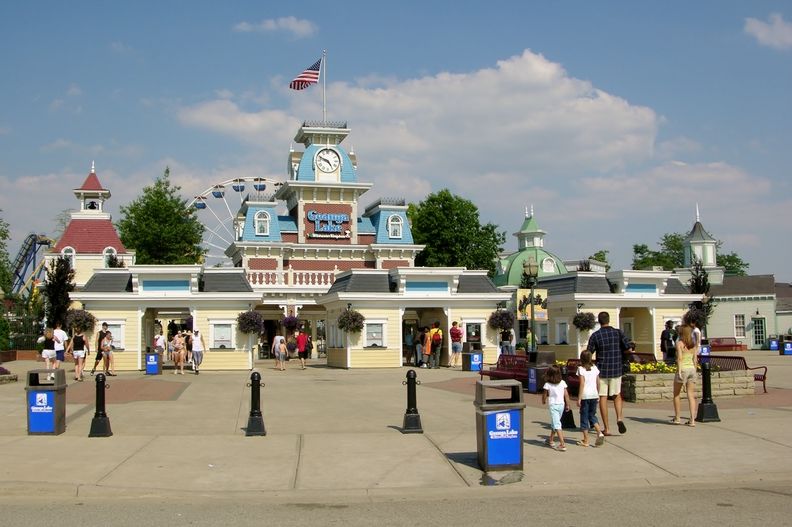 “Essentially [Cedar Fair] took ownership of Geauga Lake with 21 days to prepare for the 2004 operating season,” she recalled. “I think what will always stand out to every one of us there that first year was that in 21 days we successfully converted from a different amusement park chain to a Cedar Fair amusement park, and I do not know that anyone else will ever understand the number and depth of those challenges that we had to overcome in those 21 days.

“We had to rename every single stand and ride. We had to rewrite every single operating manual,” Bywater continued. “There was just so much work that went into it that year and I think that the way the team came together, that’s what I’ll always remember about my time at Geauga Lake.”

Making a Splash as a Leader

Of all of the jobs Bywater had over the years, the biggest impact on the trajectory of her career came when she took on managing the aquatics team at Worlds of Fun, first in 2000, and later when she came back to the park following her time at Geauga Lake in 2005.

“The water park was such a change for me,” Bywater recalled. “I had never done Aquatics before. In fact, when they asked me to go over the water park and I said yes, that was in January. I think I took swimming lessons in March, I learned CPR and first aid, after that I took a lifeguard class, and then I got my lifeguard instructor license and became a National Certified Pool Operator all within six months of each other. I had zero experience before that.

“What I learned is that it is important to be thoroughly equipped with as much knowledge as possible, because you need to be able to guide your team and understand what they are living through,” she continued. “But you also have to really own that ‘it’s not my role to be an expert of what the people do around me, my role is the leadership aspect’ of it. Gaining that understanding of my role as a leader probably changed my career from that point on, because it allowed me to see myself in a broader role.”

While Bywater cites former Kings Dominion Vice President and General Manager, and current Cedar Fair President/CEO Richard Zimmerman as a mentor and inspiration for his warm and sincere leadership qualities, she also notes that those around her helped her transform into the strong leader that she is today.

“Through the years, I have had a great number of exceptional leaders, but where I’ve learned more leadership skills than from any one person are actually the teams that I worked with. The teams that have worked for me have taught me so many important and lasting lessons related to leadership.”

Bywater would later take on the roles of Director of Safety & Security and Director of Park Operations for Worlds of Fun, before moving on to Cedar Fair’s Corporate Office as Corporate Director of Operations in April of 2019. After working as part of a team for nearly her entire in-park career, it was now her job to support the operational aspects of the corporate team, which was a completely unique experience.

When it was announced in late 2020 that Kings Dominion VP/GM Tony Johnson would be retiring, it was also announced that Bywater would become the new VP/GM, going back to her roots at the in-park level. When asked about the most exciting aspect about her new position, Bywater was quick to note that she was most excited to work with the established team at Kings Dominion. 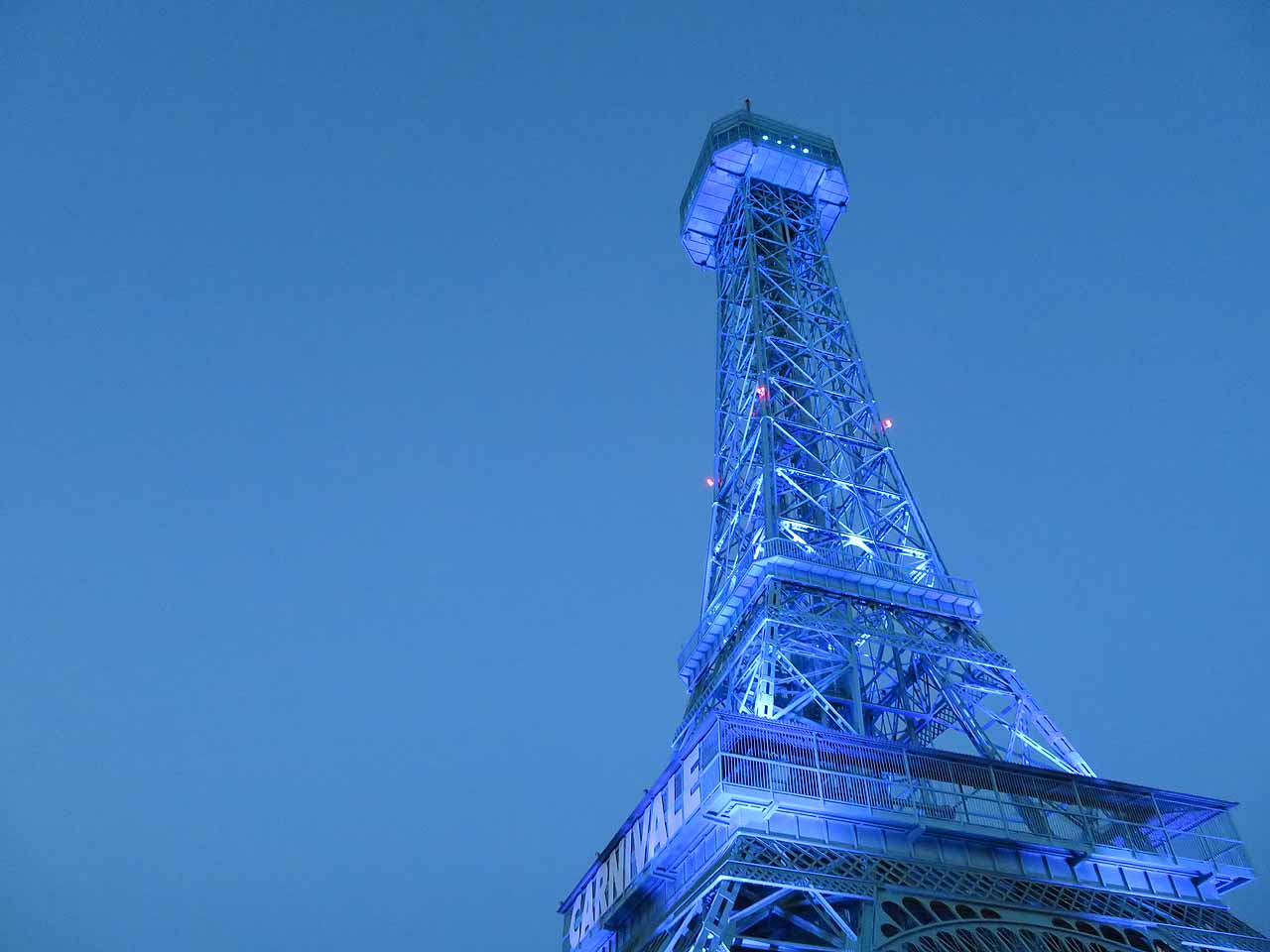 “Historically and currently, there is a very good team at Kings Dominion,” she said. “It is such a credit to the prior leadership here that it has such a solid foundation from that standpoint. I think that I have always found the most motivation from the people that I get to work with directly and so I am really excited to come on board with this team and just to kind of be here and learn them, and have them learn me. I’m very excited about it.”

With her background in water park operations, Bywater is also excited for the potential of Soak City and the debut of Coconut Shores in 2021. 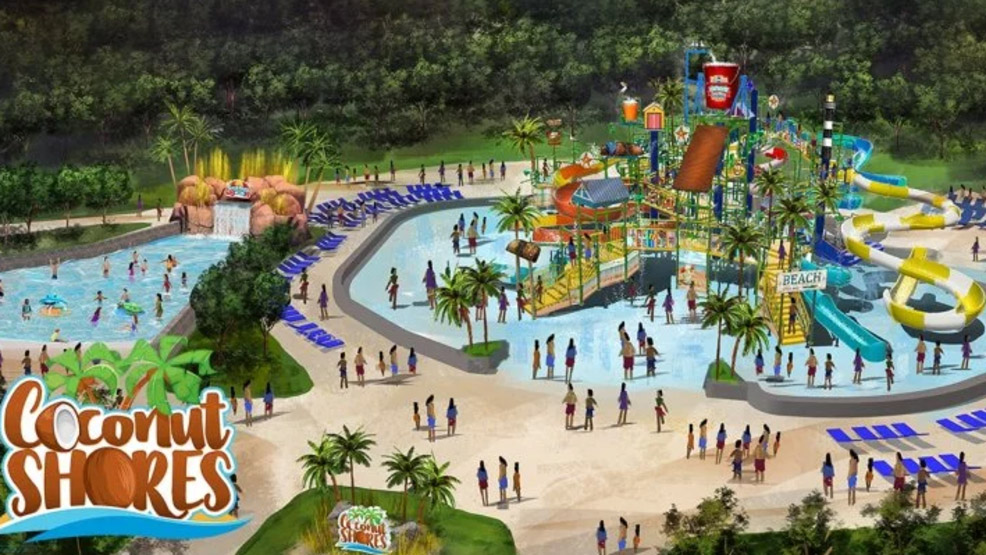 “I’m very excited for the addition of Coconut Shores. I’m excited to see how the guests interact with it. I have not seen the water park here in action in several years, but I know that it is a popular spot in the park. I want to make sure that it continues to fit our guest population while we are finding that right niche with them and satisfying what they are looking for.”

Bywater views Kings Dominion as a park that has a ton of potential, and is thrilled as the park enters its 46th season of operation.

“Kings Dominion is such a beautiful park in a great area,” she said. “I think the history of the park resonates with me very well. I’m excited to find our roots and sort of redevelop into more of a theme park. I think that part of it is what connects with our families as they come out: you see it, you enjoy it, and then you want to bring your own family out and it just perpetuates that relationship with the park.”