It’s that time of year, when college basketball fans around the country fill out their National Championship brackets in hopes that their teams wins it all in the NCAA Basketball National Championship. Here at Coaster101, while we love a good bracket pool, we decided to have some fun with the bracket system this year, and bring back our annual bracket event, this year again (in an effort not to get a cease and desist letter) called Park Mania!

This is now our third year of Park Mania, won last year by Kings Island and in 2017 by Idaho’s Silverwood Theme Park, we’ve decided to keep this year’s Park Mania mostly the same, but with a few additions to keep it interesting. 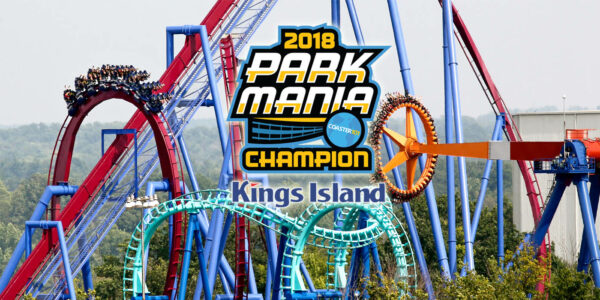 We’ve included parks from across North America, divided into four 16-team geographic regions; East, West, Midwest and South. Just like the real tournament, we’ve created a “Vote-In” round where 8 parks will have the chance to be voted into the final 64-park field. This year, all of the “Vote-In” match-ups will advance to the 16-line.

We have updated our voting process slightly and are closely monitoring spikes in votes. We will not be reporting exact results on social media during this year’s Park Mania, and voting percentages will be hidden this year.  While this might feel less “transparent,” there were concerns with fraudulent votes last year. We reserve the right to remove any potentially fraudulent votes from the results, which kind of defeats the purpose of this being fun. Bottom Line: Don’t cheat and ruin this for your favorite park and everyone else legitimately voting for them! 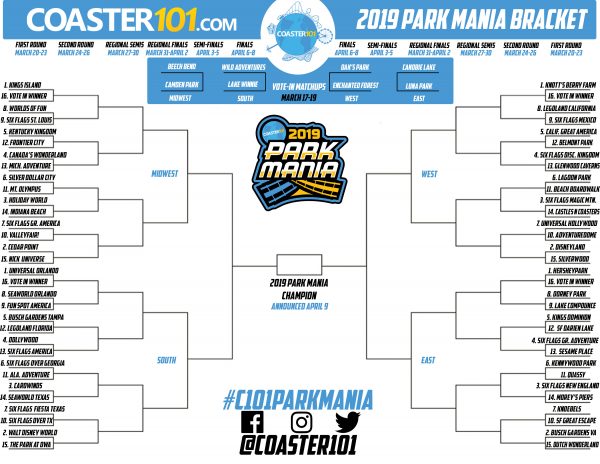 Round 1 will begin at 8:30AM Eastern Wednesday!