What’s the Longest You’ve Waited for a Ride?

Waiting in lines is a way of life for those visiting theme parks. While the rise in popularity of skip-the-line passes, single-rider lines and other wait-time-reducing measures have given us ways to shorten our time in queues, there are instances where long waits are unavoidable.

From low capacity, breakdowns to opening day crowds, you’ve likely waited in at least one “is this really worth it?” line.

Below, we’ve shared some of the longest lines we’ve waited through: 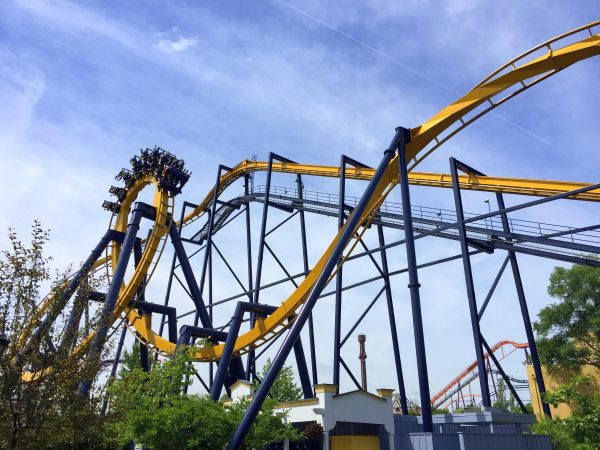 I consider Six Flags Great America my unofficial home park. I’ve spent more time there than I have at any other park. Considering that the Chicagoland park is almost always crowded (especially during the summer and Fright Fest seasons), it’s not surprising that it’s home to my longest wait.

That ride was Batman: The Ride. It was the first time I was tallest enough for the caped crusader roller coaster. And even though no one else in my group wanted to ride, I didn’t mind waiting alone for that length of time for a roller coaster I’ve dreamed about riding for so long.

The coaster’s overflow queue was full, with the line spilling out onto the midway. Thankfully, the weather was relatively pleasant for late June. As a Batman nerd, I’m a huge fan of the Gotham City-inspired queue — even the musty sewer portion. For a brief moment, I am in the depths of the fictional city.

To this day, Batman remains one of my favorite Bolliger & Mabillard inverted coasters (partly for nostalgic reasons). And while I wouldn’t dream of waiting that long for it today, as a kid who just passed the 54″ mark, it was well worth the wait.

My runner up wait time was just under 2 hours for Soarin’ at Epcot. 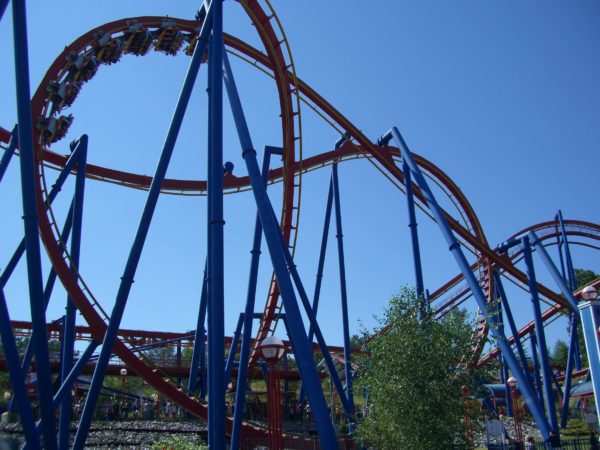 The year was 2006, and I visited Six Flags a week or so before Goliath (Six Flags Over Georgia’s “new” coaster that year) opened to the public. I’d been to the park a few times as a kid, but this was my first visit back to the park since Superman: Ultimate Flight had opened. As Six Flags’ newest coaster, it still was incredibly popular with the crowds. But I wanted to ride it, so I jumped in line with my dad and a buddy of mine.

We made our way through the queue, and after about half an hour’s worth of waiting, the line stopped moving. Superman had apparently found his kryptonite, but was back to normal after about 45 minutes. We stayed in line, still ready to ride, as the ride starting operating again.

About another half hour later, the ride stopped again. We were literally on the bottom step of the staircase leading into the ride’s station. At this point, we were 1:45 into the wait, what was a little more time? 30 minutes later, the ride resumed operations again, and we finally got on after two-and-a-half hours of waiting. Kind of like John, I’d definitely never wait that long for this ride again, but for a first flying coaster experience, it was pretty fun.

I don’t typically like waiting in lines for extended periods of time, and this feels like we’re starting to pile on Six Flags a bit here, but I have to give an honorable mention to the 30 minute station wait I had at Six Flags America to ride Joker’s Jinx, where the queue entered out completely, except for me, and I got a solo ride because of it. 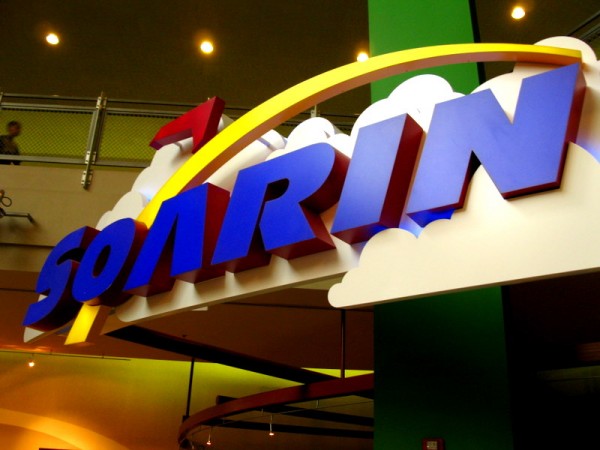 The year was also 2006, one year after Soarin’ debuted at Disney’s Epcot. The ride is still popular to still day, so you can imagine how long the lines were during the first couple years of operation. I was at Epcot with my parents and brother and we had already ridden Soarin’ earlier that week when the line wait was 2.5 hours long. When we got in the queue this time the wait sign read 180 minutes, however after a couple delays it was pushing every bit of 3.5 hours when we exited.

I love Soarin’ but I’m not sure I could wait that long again to take a ride. Last time I was at Epcot (2014), they had added some mid-queue interactive games/projections on the walls which helped pass the time in a somewhat otherwise boring queue.

2000. I had always loved watching roller coasters but I was just beginning to ride them when Cedar Point created the world’s first Giga coaster. I watched the construction online all winter. Towards the end of the day during a visit with my cousins, I finally worked up the courage to get in line. We waited nervously under the hot summer sun for upwards of two hours. I think the ride had been averaging three or four hour waits most days so the queue didn’t seem that long.

After not moving any, we realized we hadn’t seen a train take the victory lap around us for quite some time. A few minutes later, the dreaded announcement came. The ride was down and there was no estimate when it would reopen. After waiting a little while longer, we decided to bail. I don’t remember if the coaster ever reopened or not.

Our compensation was four rides back to back on Mantis (which at the time seemed like a good deal). It would be a few months later when I returned for a marching band trip when I would finally get to take the plunge on Millennium Force. 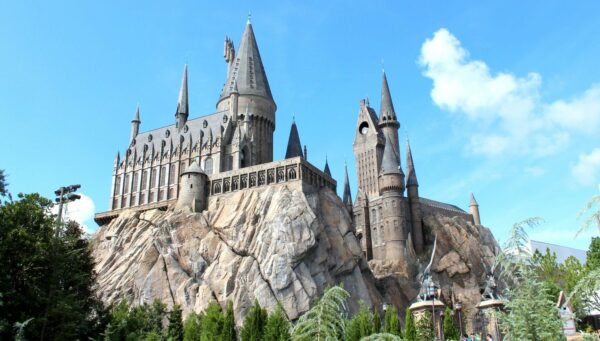 I honestly don’t really have many memorable long line waiting experiences, believe it or not. Being from Florida, there are plenty of theme parks to choose from, and they all are “in season” year round. That means usually I have been able to pick and choose when to go to the parks to avoid long lines. The only times I have had to deal with long lines whenever I go to the parks here in Central Florida is when there is a brand new attraction. Usually, I avoid the grand openings of new attractions here like the plague unless I have sneak previews as a passholder or some other means. I still have yet to visit Pandora at Animal Kingdom after seeing pictures of a 4+ hour wait for Avatar Flight of Passage at its opening. *shudders*

However, there is one attraction that I decided to bite the bullet and wait in grand opening lines for. That ride is Harry Potter & the Forbidden Journey at Universal Islands of Adventure. Like many people, I was a fan of the books and movies, so of course I wanted to be one of the first to experience the Wizarding World of Harry Potter and having bragging rights on being able to ride Forbidden Journey. If I can recall correctly, a coworker (who was another huge Harry Potter fan) and I played hooky from work during a weekday during opening week at WWoHP. The line just to get to the gates of Hogwarts Castle took around 45 mins and stretched back past Ollivander’s wand shop. I didn’t mind the wait as the crowd was electric with all the Harry Potter fans dressed up in their Griffyndor robes, waving around their newly purchased wands. Forbidden Journey has one of the most detailed and interactive ride queues ever created so there was plenty to look at while we waited. The only part that dragged was the outdoor section in the Herbology class greenhouse, but that was more attributed to being out in the Florida heat. Of course, the ride itself was well worth the wait.

While lines at a theme park are a given, there are steps you can take to reduce your time in line. Be sure to check out our 13 tips to save time and avoid waiting in long lines.

What’s the longest you’ve waited for a coaster? Was it worth it? Share in the comments section below.