This is some sad news to report: the Kochs have officially withdrawn plans to reopen the former Kentucky Kingdom amusement park as Bluegrass Boardwalk. The press release reads: 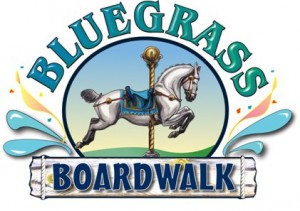 “We entered into this discussion last October with full expectation of leasing the park,” says Bluegrass Boardwalk CEO Natalie Koch. “However, we have come to the realization that leasing a park rather than owning it would take us too far from the business model my family has followed for more than 60 years.”

Koch says she and her partners were financially prepared to meet the challenge of reopening the abandoned park, however the many layers of governmental regulations and stipulations ultimately caused them to withdraw.

Koch says she and her partners believe reopening the Louisville park is still a worthwhile project and they wish the future operator well.

“It’s been a lifelong dream for my family to operate a second park,” says Koch, whose family owns and operates Holiday World in Santa Claus, Indiana. “It’s hard to walk away from what we believed was a winning partnership for Kentucky and our team. But at the end of the day, the terms of the project did not fit our business model. It was time to withdraw.”

A letter terminating the proposed lease agreement was delivered to the Kentucky State Fair Board this afternoon.”

Do you think there is a chance that Kentucky Kingdom will ever reopen? Share your thoughts in the comment section below!