Big Bear Mountain construction is moving at a blistering speed as the park prepares its sprawling, triple-launch family coaster for its 2023 debut. 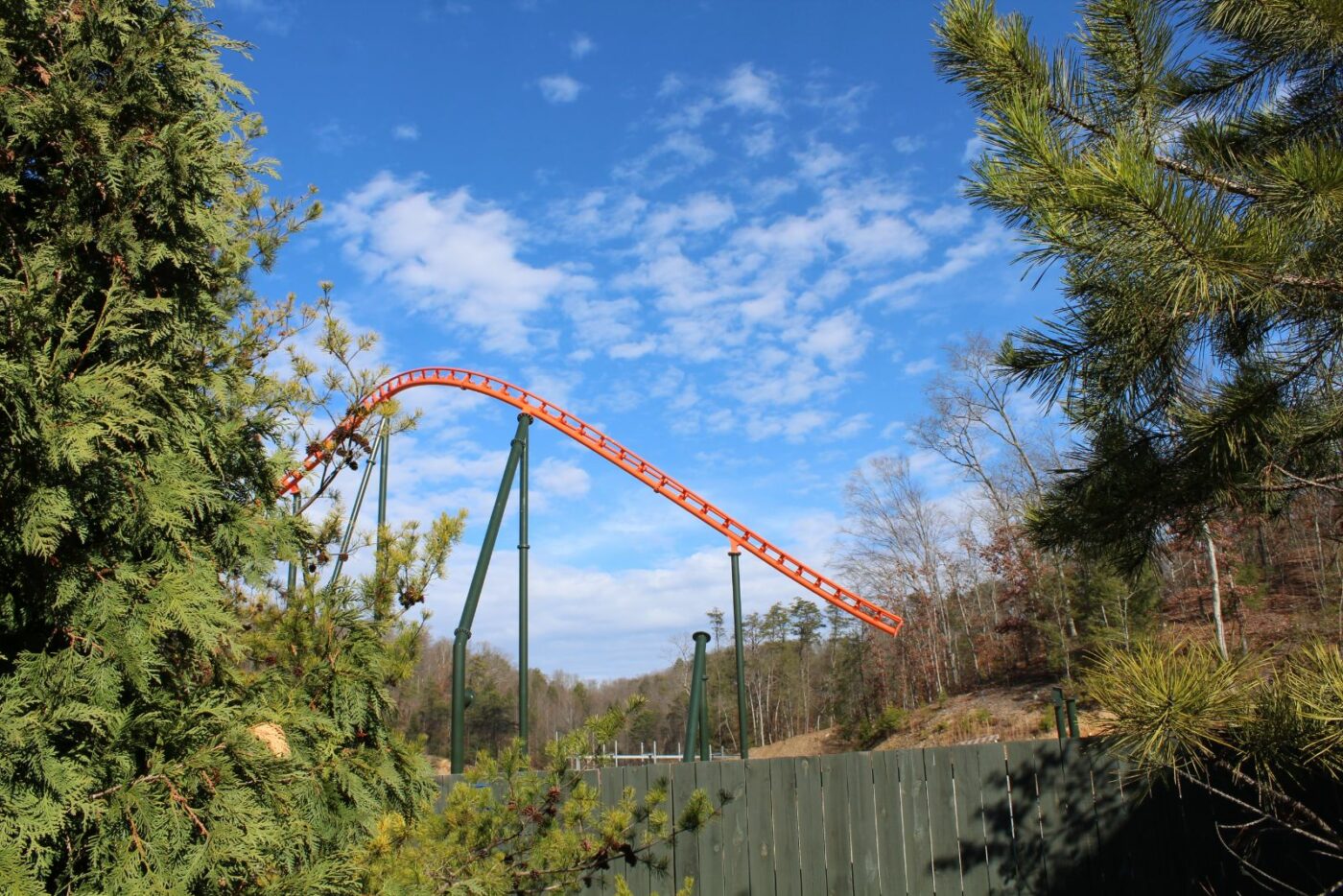 I visited the park over the weekend for the park’s annual Smoky Mountain Christmas and of course had to check out Big Bear Mountain construction while I was at the park.

I last visited the park in late September when sections of Big Bear Mountain track were beginning to arrive on site. I was amazed by how much progress had been made in just over two months. 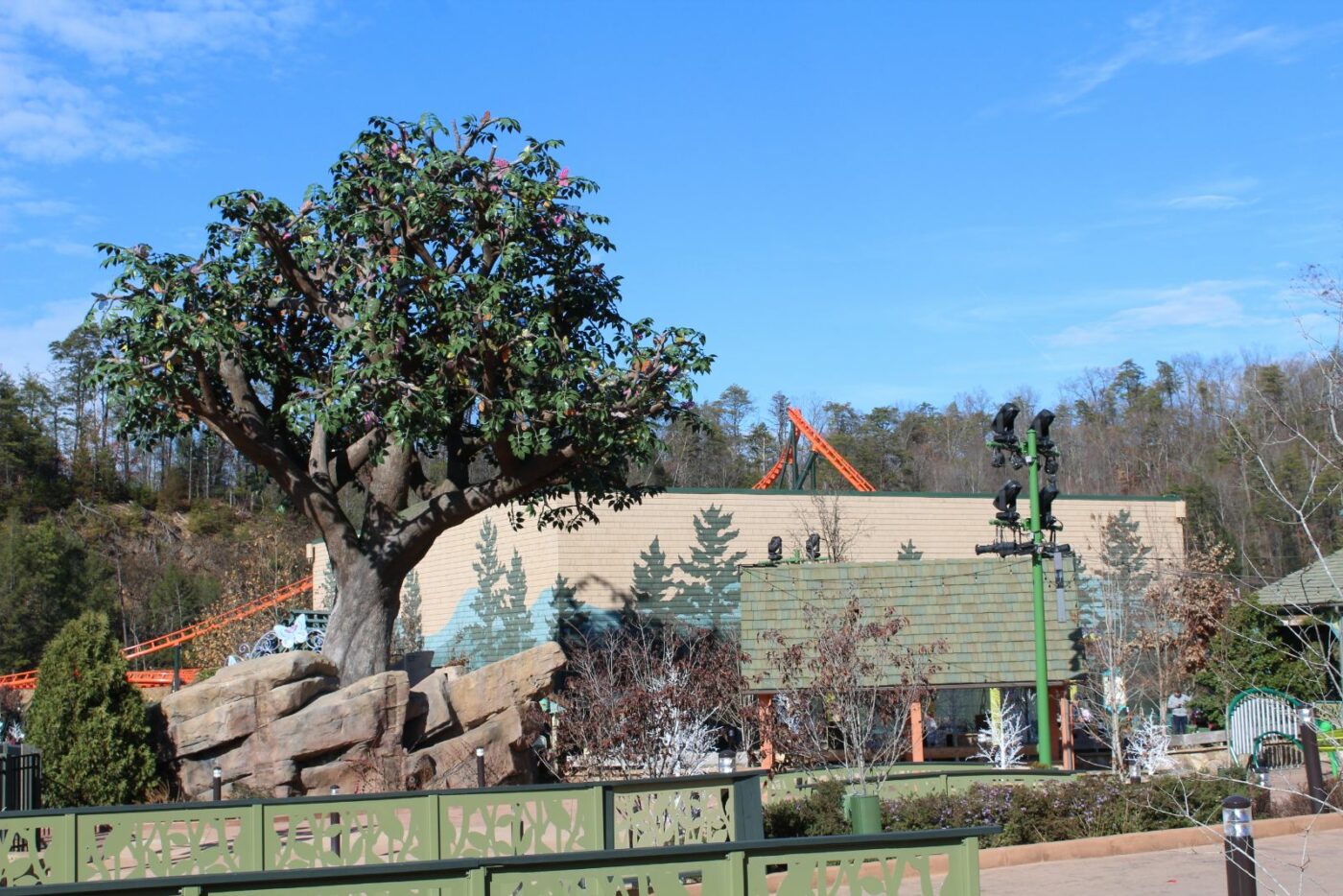 Most of the Big Bear Mountain vertical construction is (for now) concentrated in the large plot of land behind Wildwood Grove. At 66 feet in height, the coaster doesn’t make a huge impact on the park’s skyline. However, you can see its pinnacle hill peaking above some of the Wildwood Grove structures. 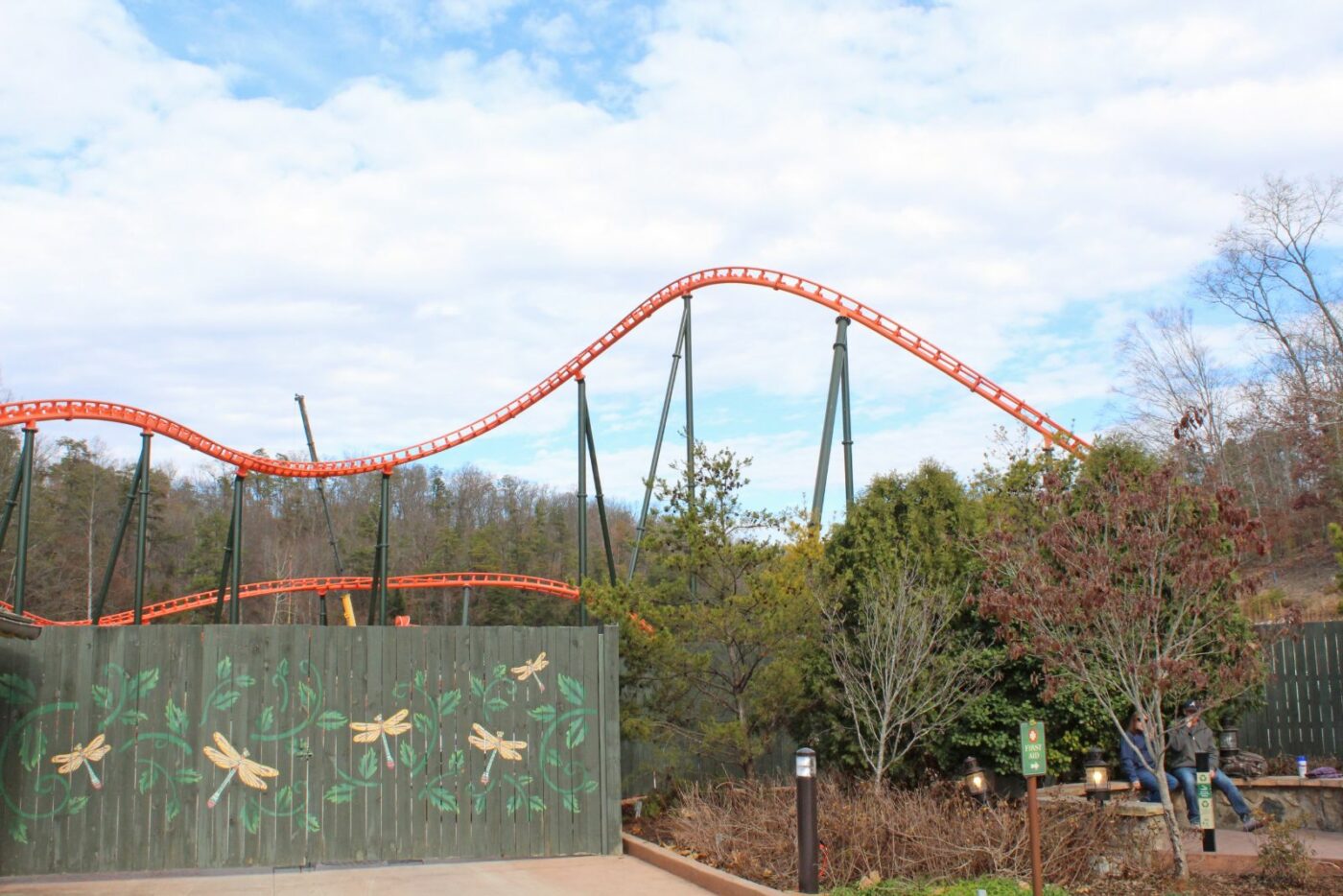 This current dead end in Wildwood Grove will soon lead to the large plaza underneath the coaster’s second half. 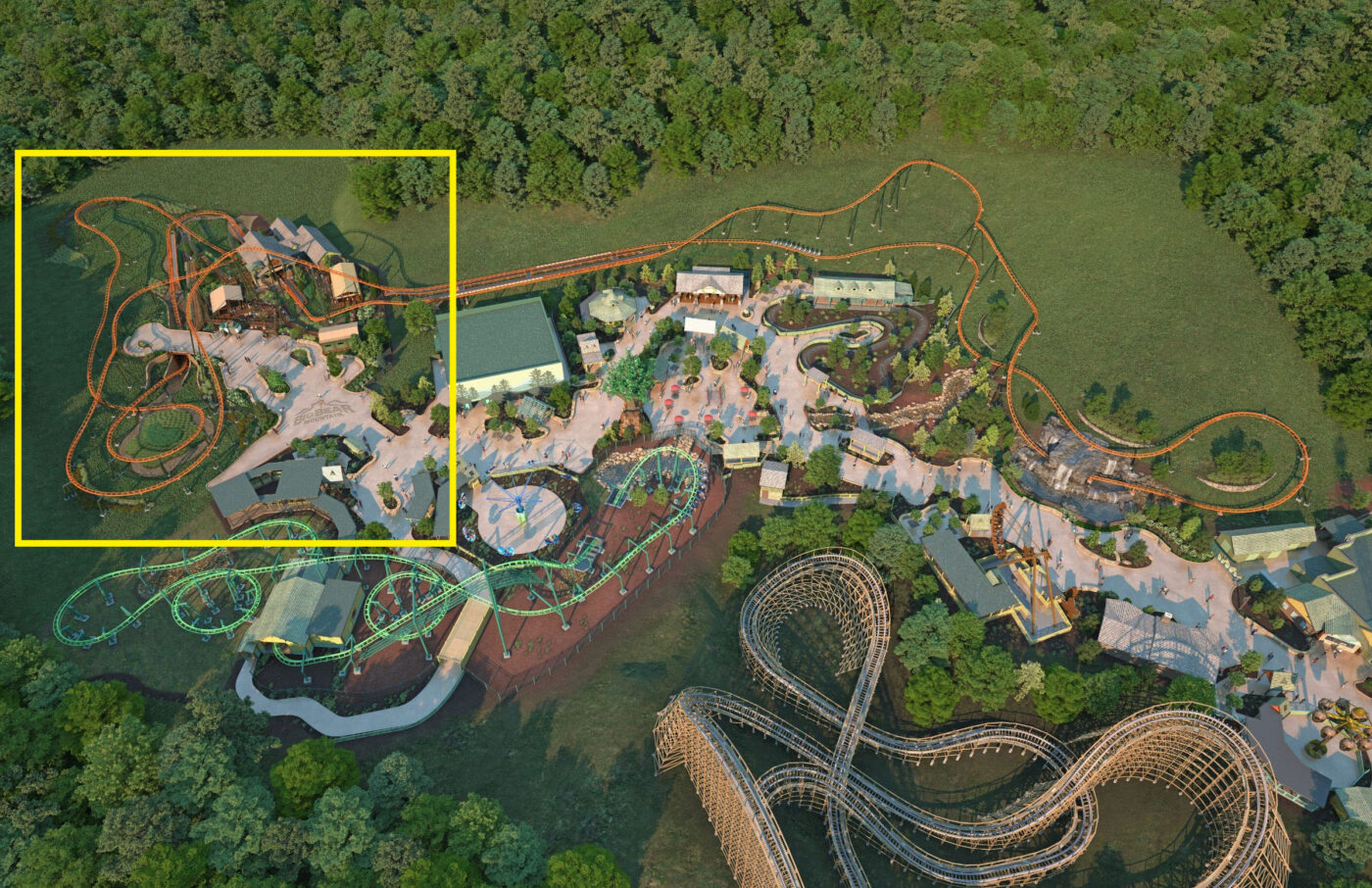 For context, most of the construction we’re covering is limited to the second “half” of the ride, following the final launch. 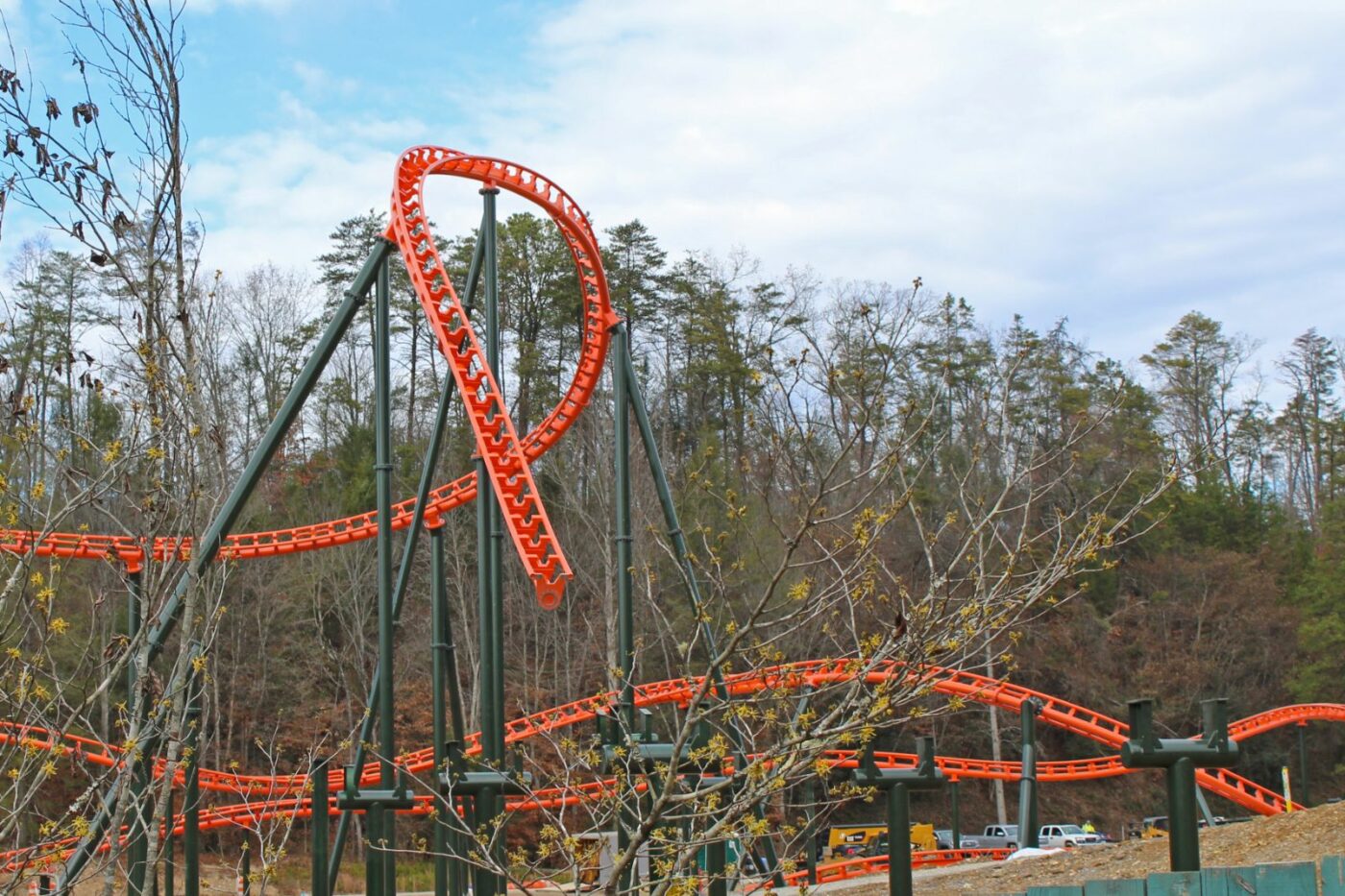 The plaza around Big Bear Mountain’s entrance will provide a much closer look at this section of the track. In fact, you’ll be able to walk right under it. 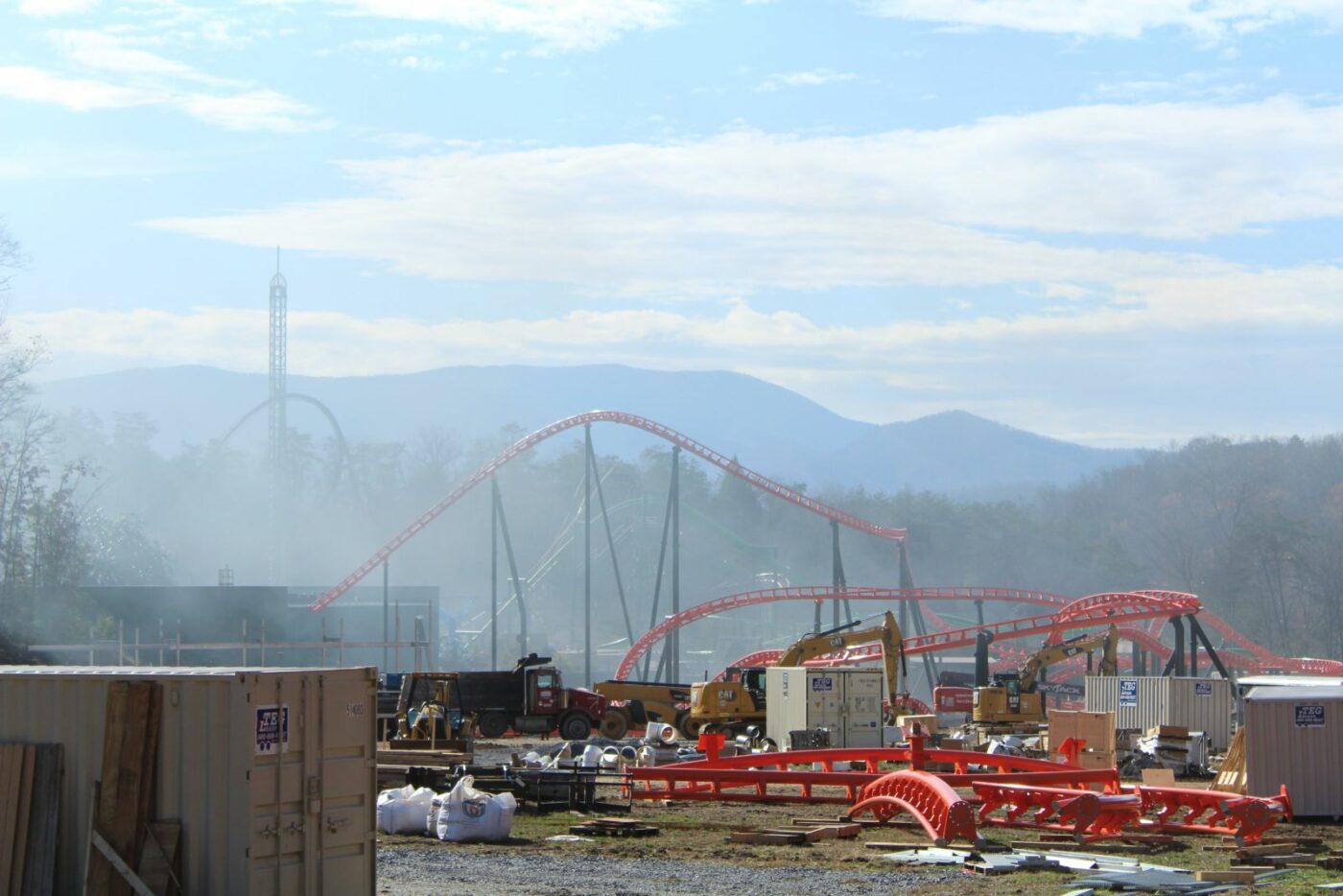 The Dollywood Express train still provides the best look at this portion of the very active construction site. 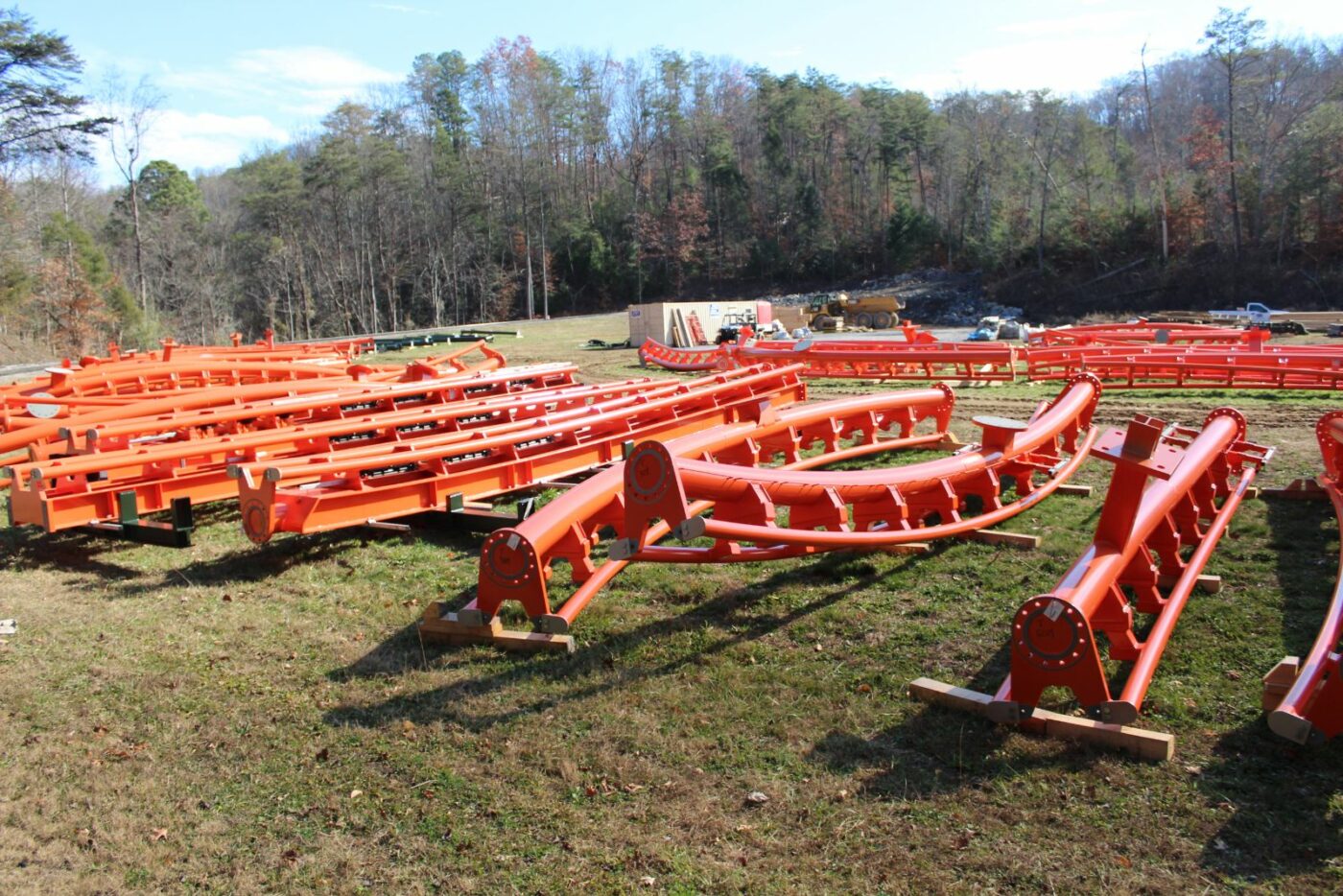 The land behind the vertical construction is covered in bright orange track pieces and dark green supports. There is still much work left to do before Big Bear Mountain welcomes riders in the spring of 2023. 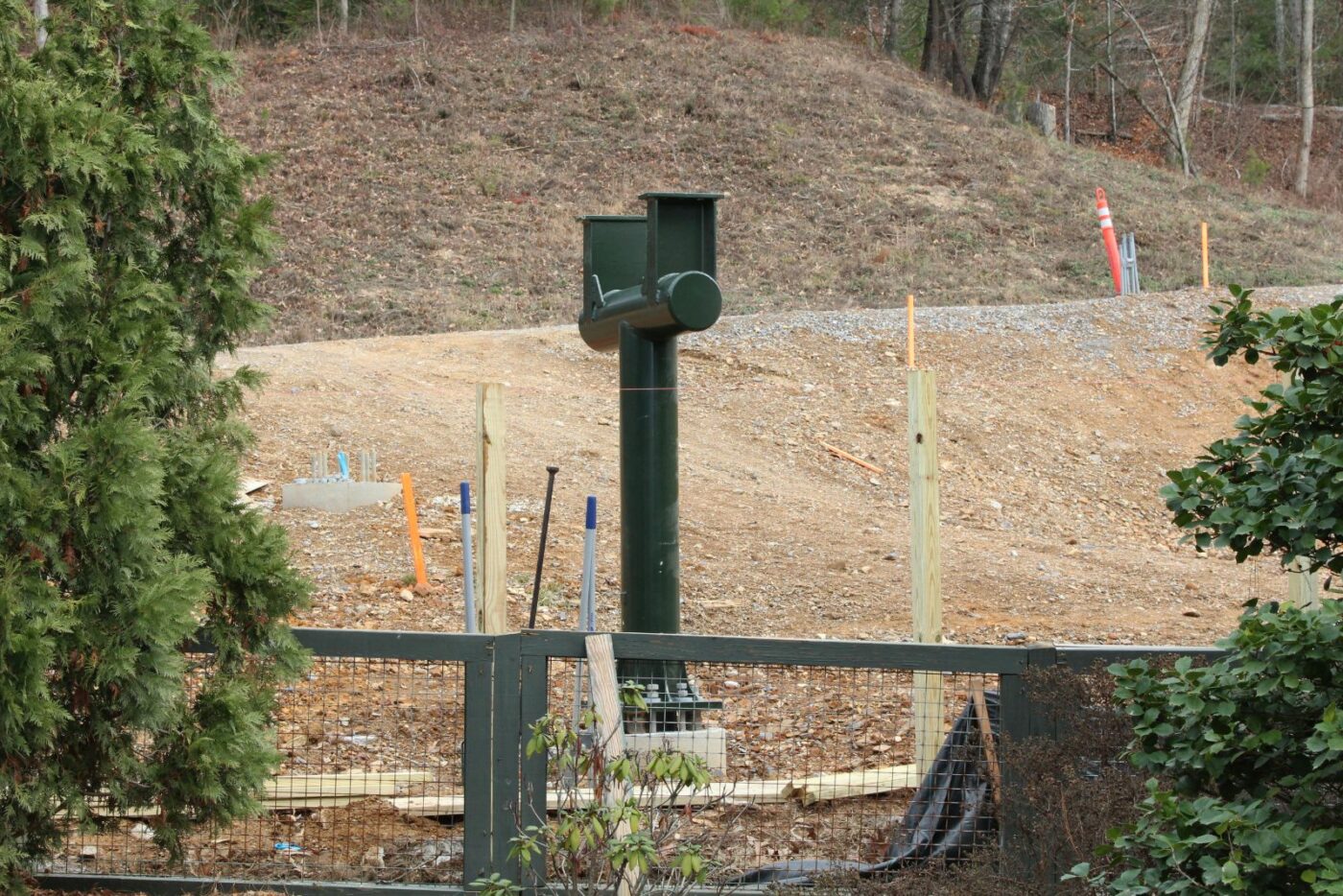 While track assembly has been concentrated on the second half of the ride, supports are beginning to sprout on what will become the coaster’s two major launch track sections. The third is a smaller launch out of the coaster’s station. 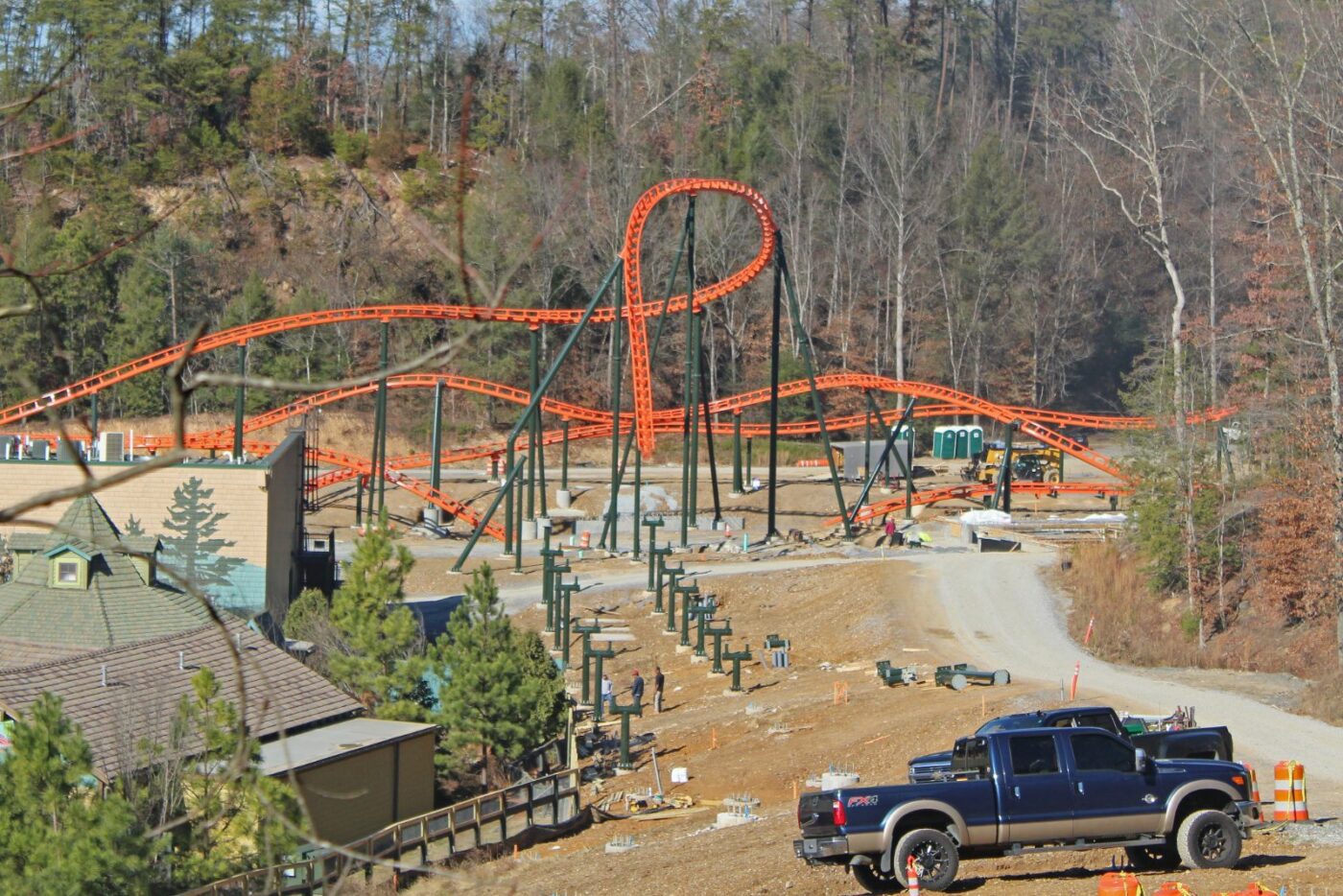 The two parallel rows of the shorter supports seen near the center of the photo above will each support one of the launch tracks. 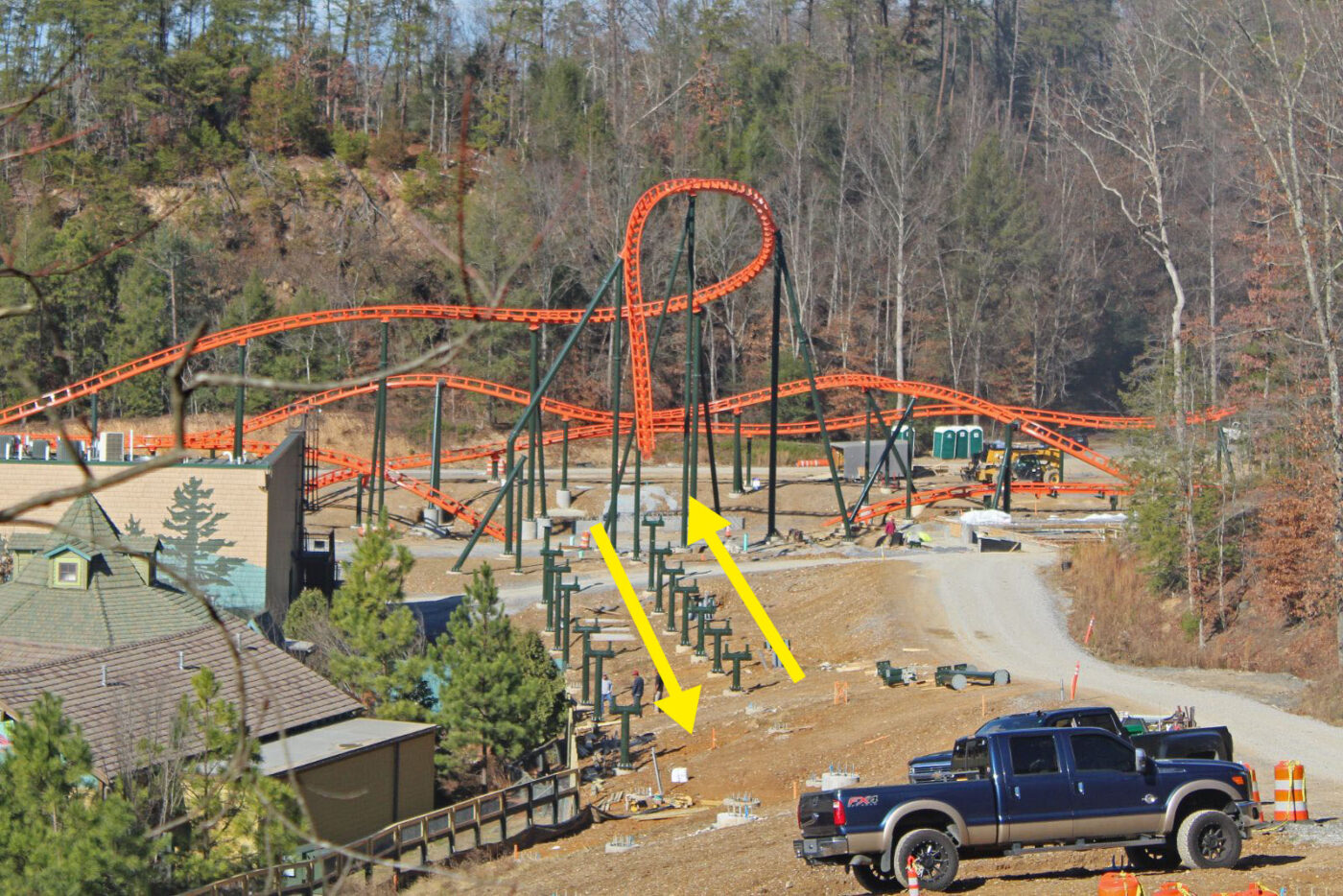 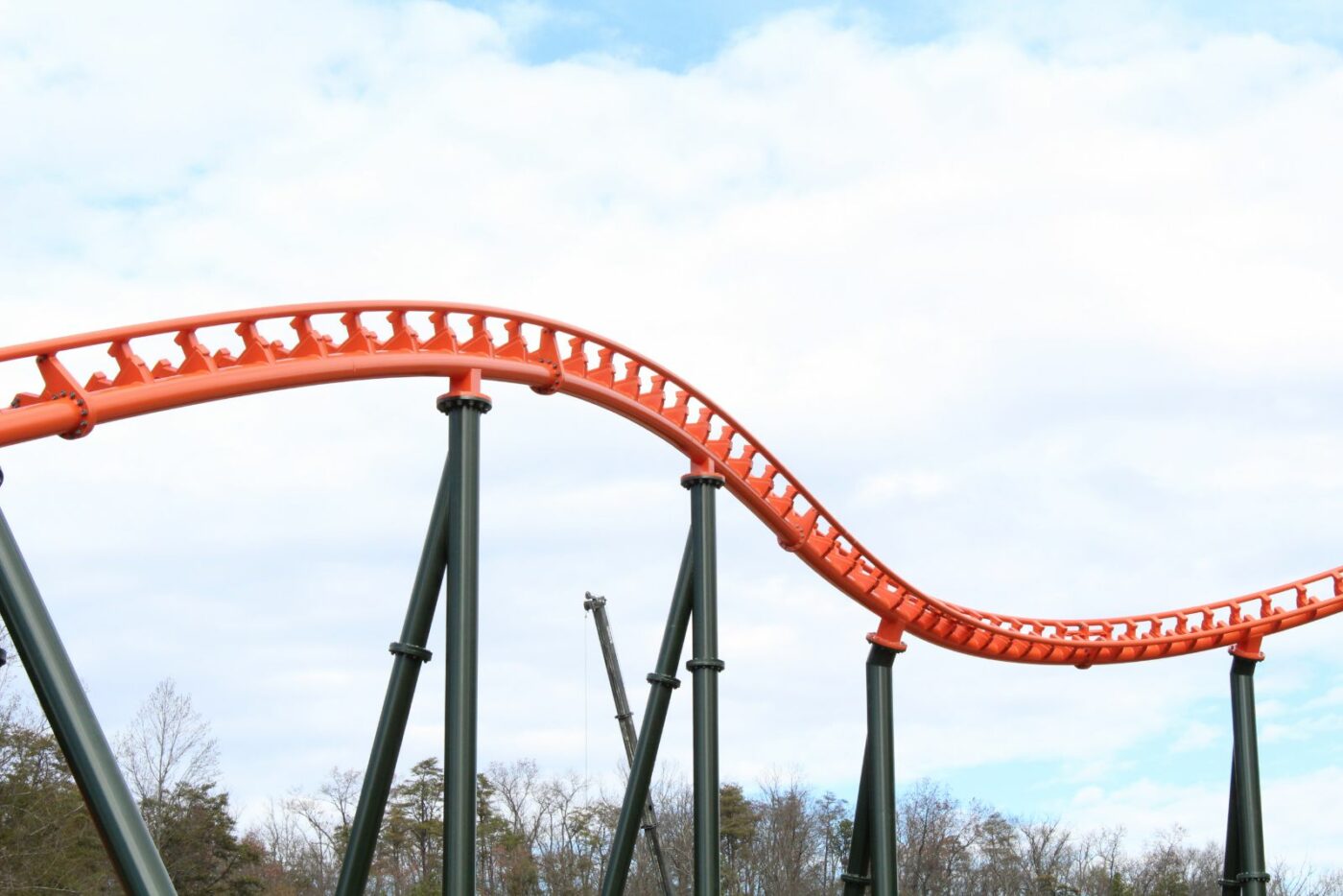 Big Bear Mountain is manufactured by Dutch ride manufacturer Vekoma, which is using a rather unusual style of steel track as compared to its other steel launch coasters. 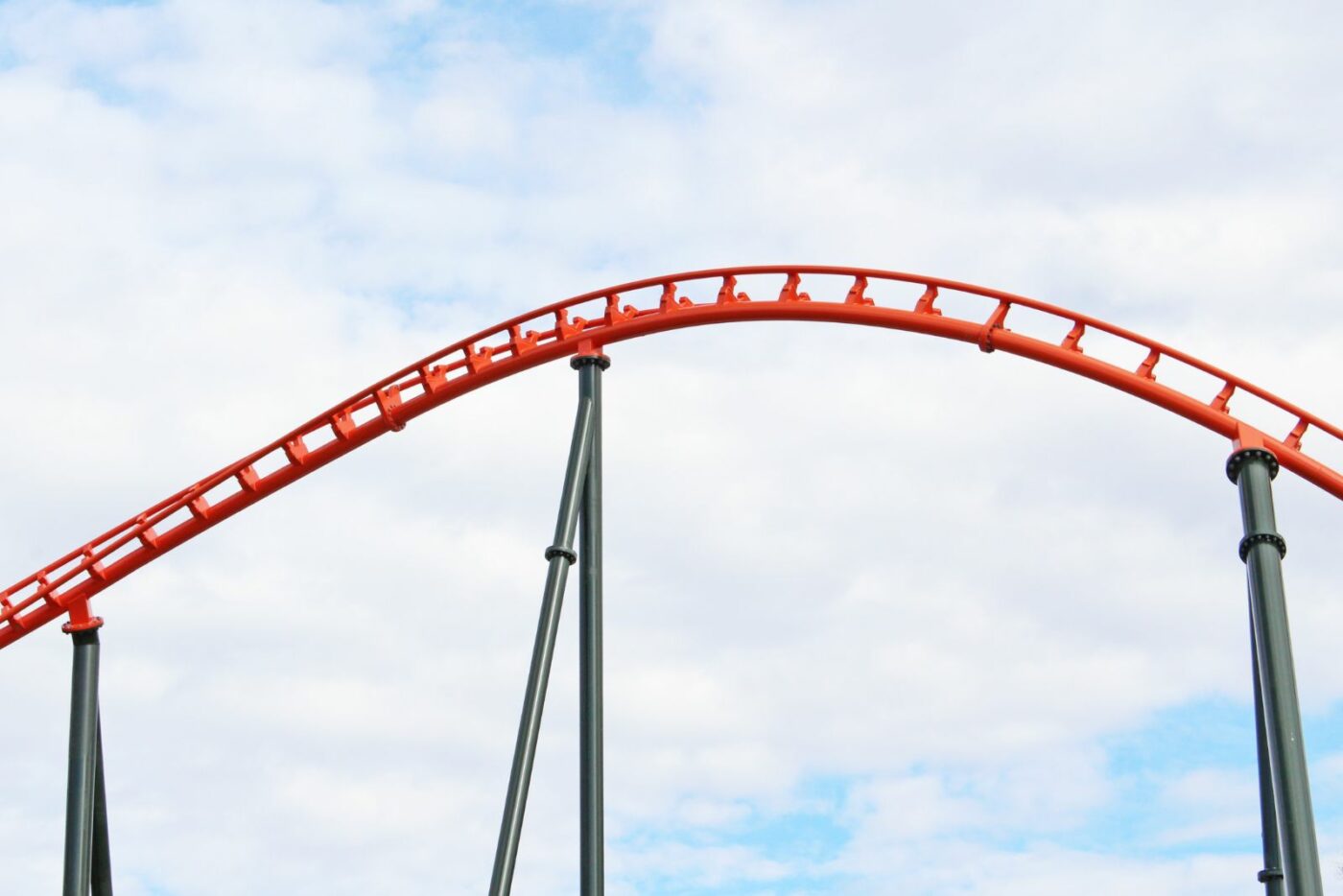 The color scheme itself is beautifully. 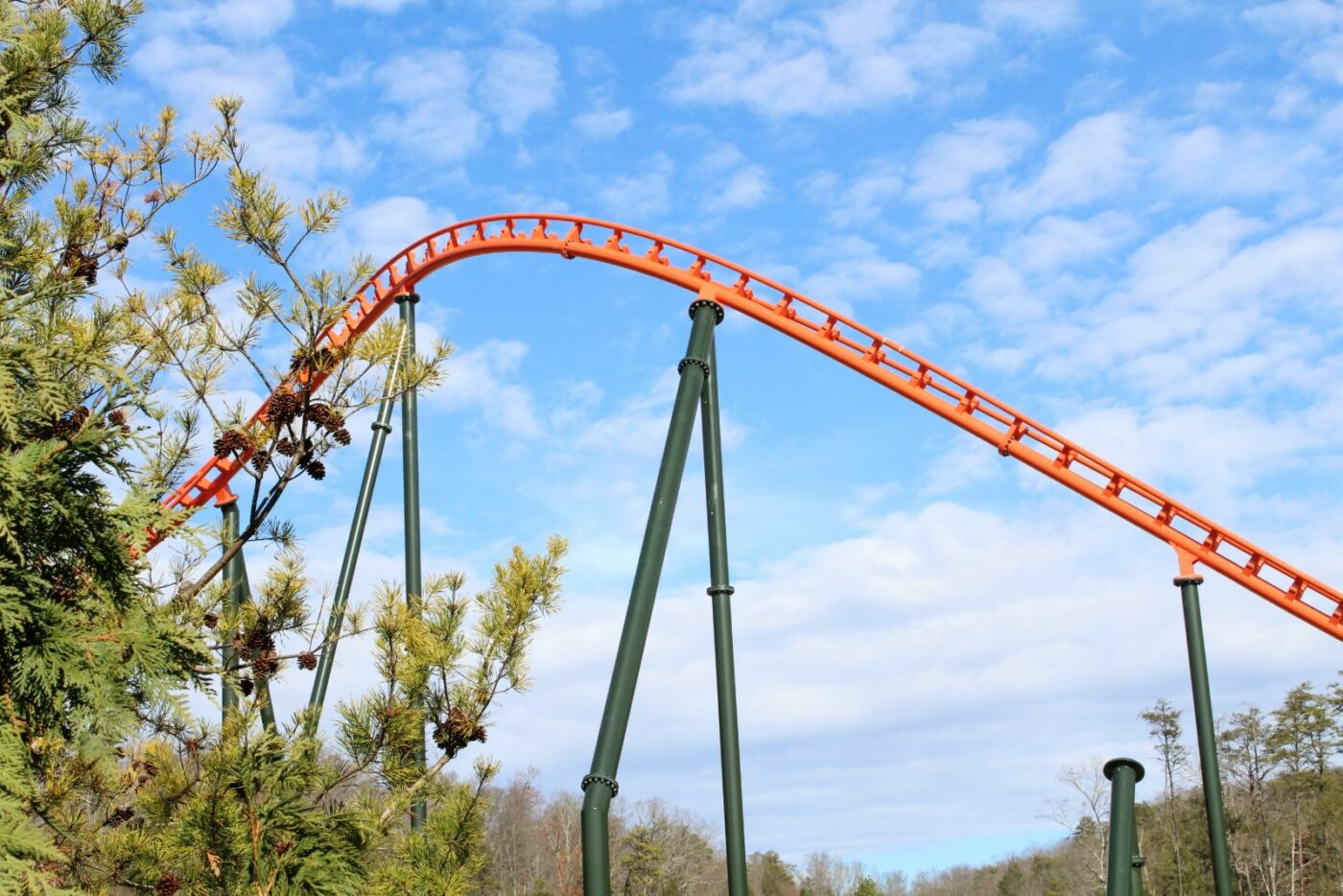 The bright orange track contrasts beautiful with the blue sky, and the dark green track will blend beautifully with the greenery once all the trees come back to life in the spring. 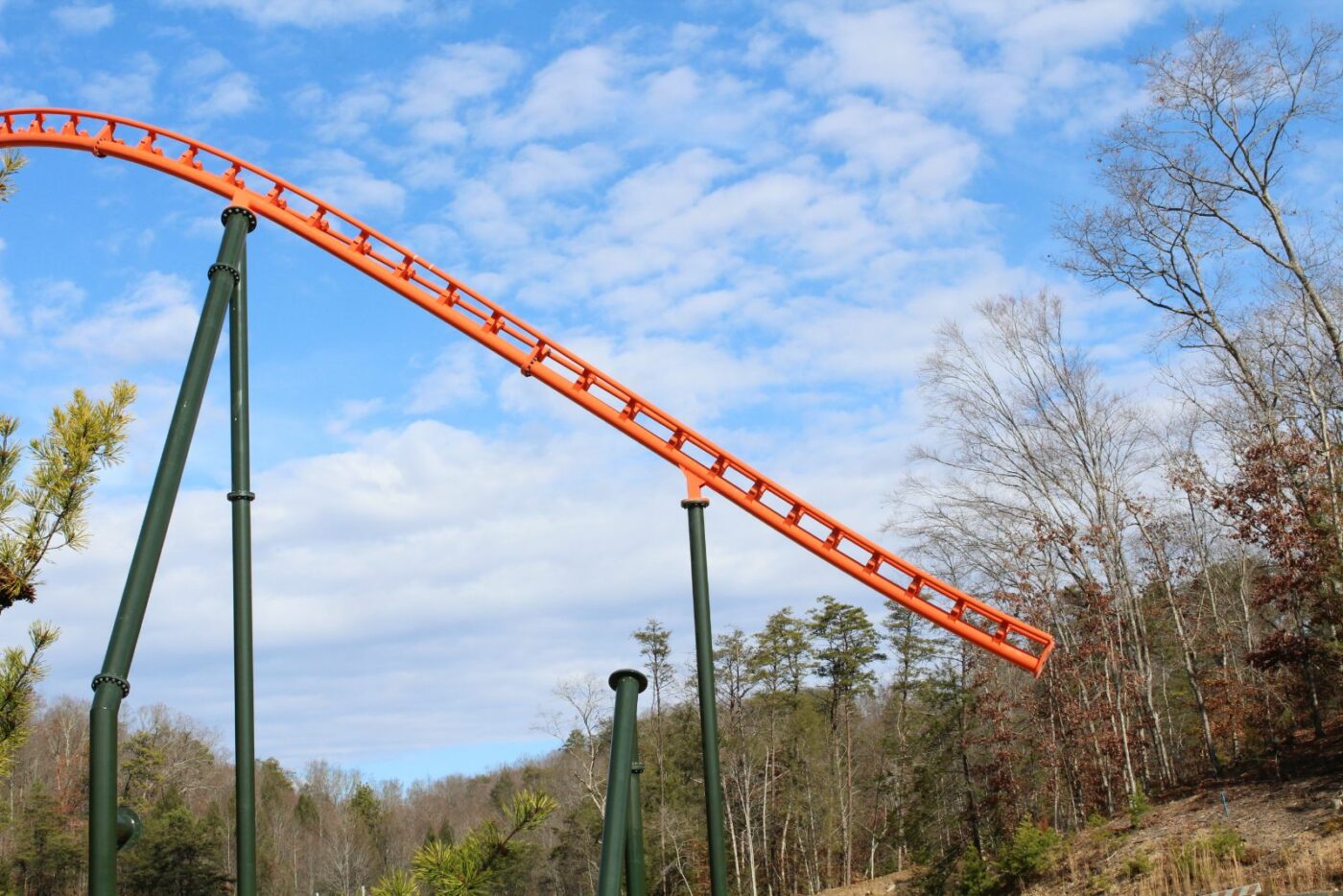 I for some reason found this amusing — this section of track is just hanging out, waiting for a friend. 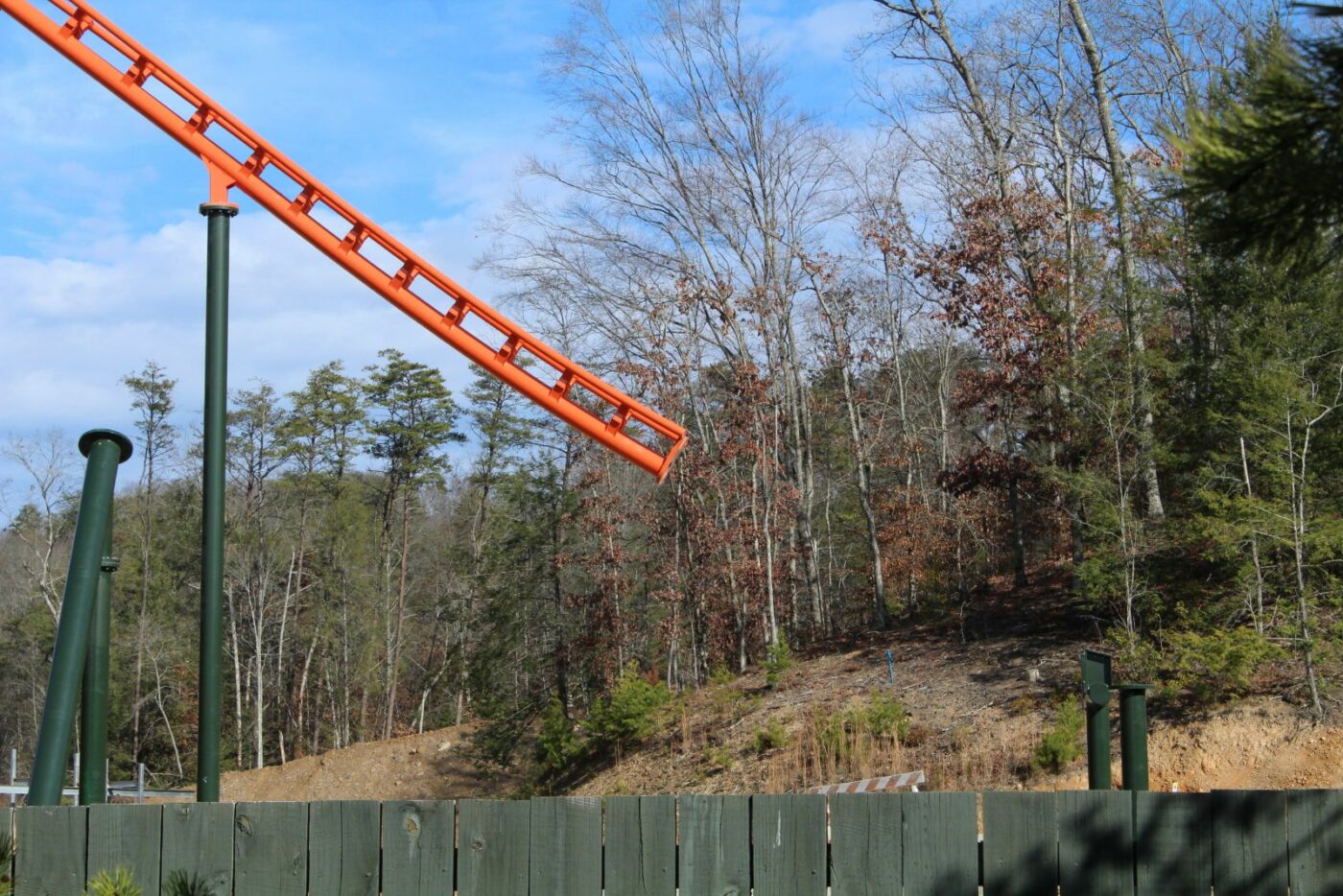 But at the rate construction is progressing, this won’t be a dead end for long. 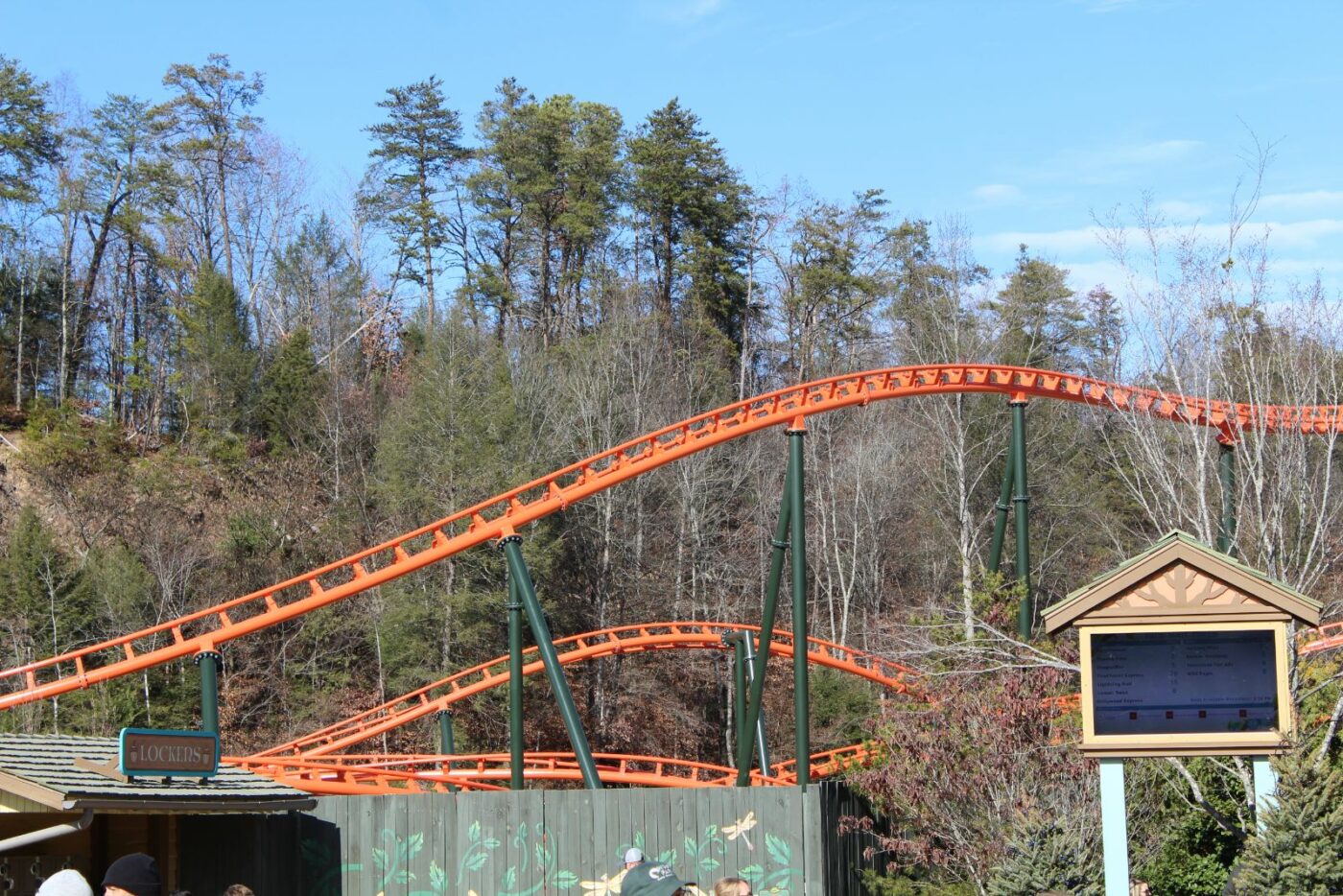 This section of the coaster almost has a “spaghetti bowl” appearance — there is so much track crossing above and below itself. But as jumbled as it appears, I don’t think it will top the nearby Thunderhead’s 32 crossovers. 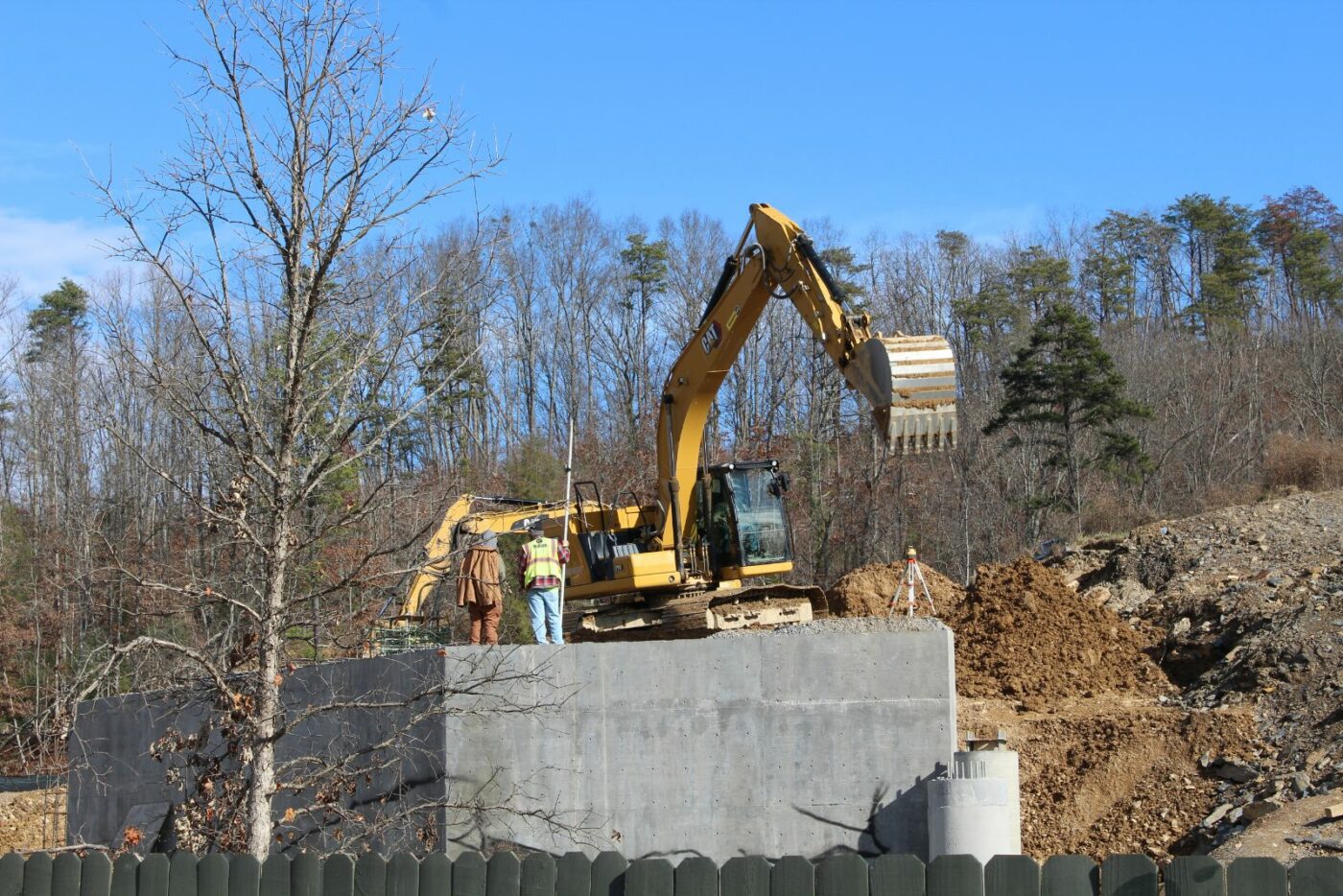 Closer to the front of Wildwood Grove, the giant foundation is forming for what will become the waterfall and rock element that trains will pass through, as seen in the concept art below:

This display will likely be a focal point and great photo opportunity for guests as they traverse through Wildwood Grove toward the coaster’s entrance. 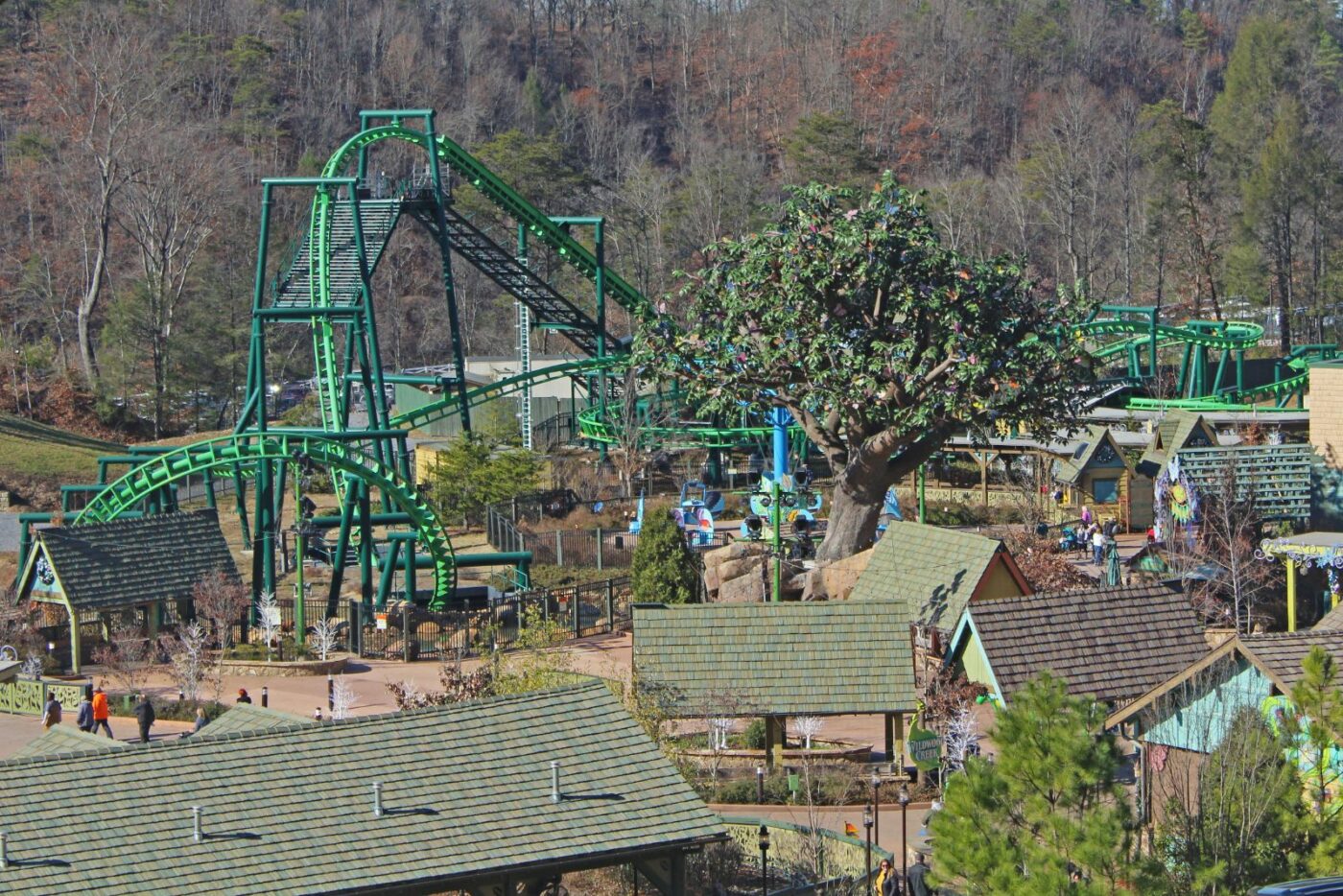 With the end of the 2022 season less than a month away, we’ll have to rely on park officials to share updates. Regardless, Big Bear Mountain’s opening will be here before we know it. 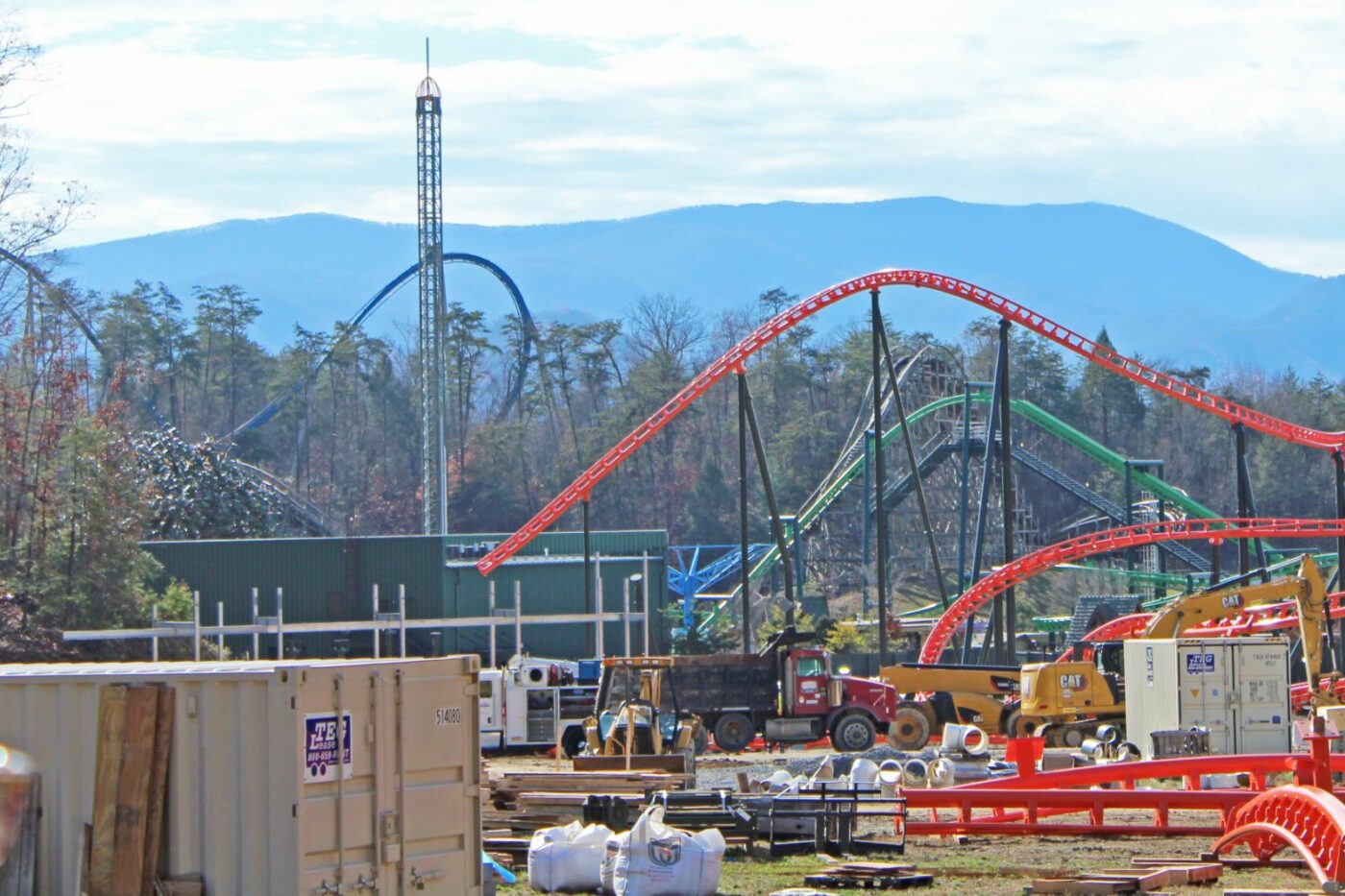 What do you think of Big Bear Mountain’s construction progress so far? Let us know in the comments section below!