If you’ve been paying attention to the social media of SeaWorld over the past several months, you’ll notice a bit of a shift from how the park and chain have communicated with their fans and guests in the past. One of the main people behind this change is Josh Greenberg, the Director of Social Media and Digital Consumer Engagement for SeaWorld Parks and Entertainment. 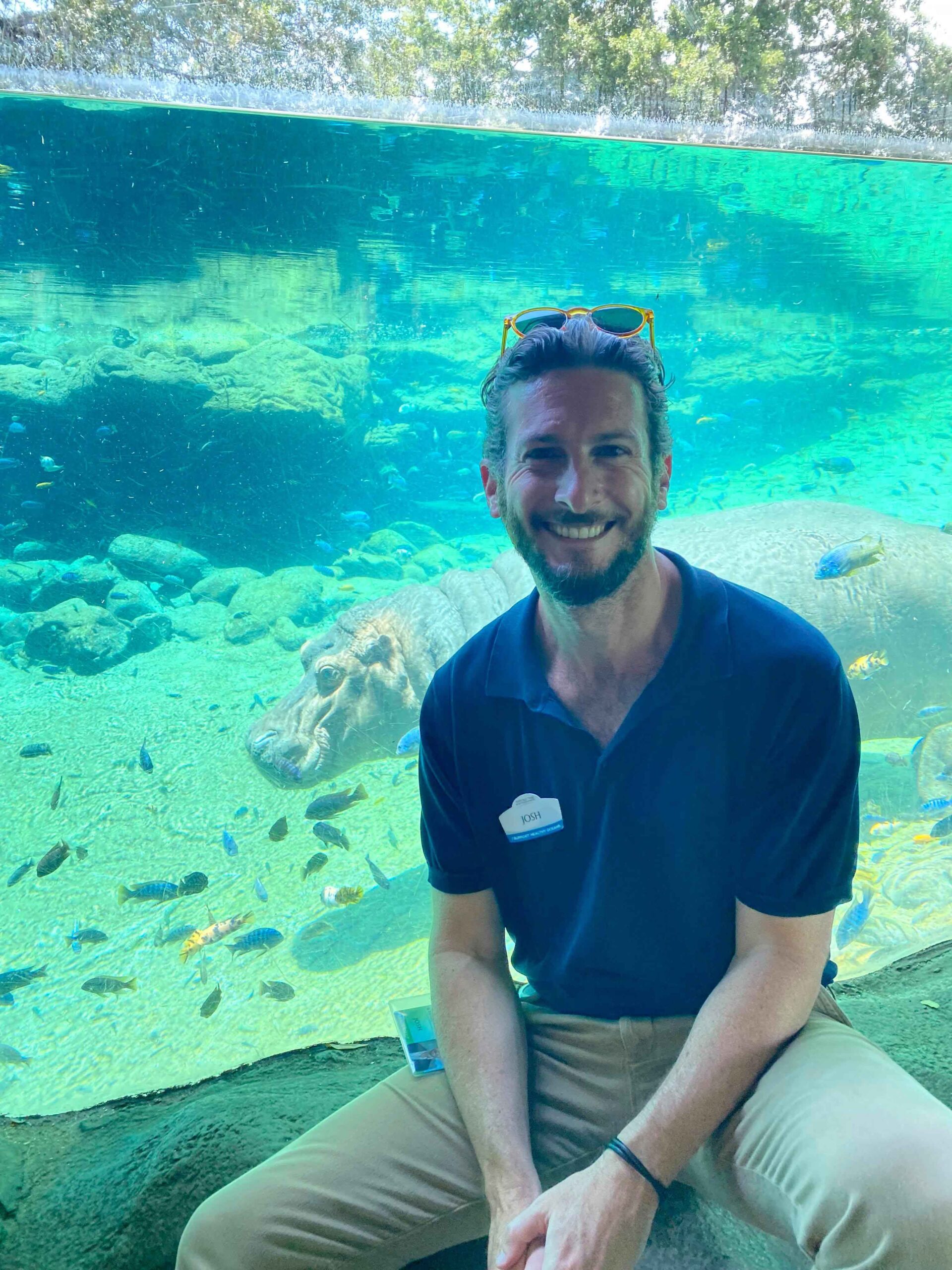 Greenberg joined SeaWorld Parks in July of 2020, after having previously working for a public relations firm who assisted the company with their social media efforts. In his words, while there had been prior opportunities to join the SeaWorld team, the move in 2020, despite the ongoing global pandemic, felt like the right fit.

“I thought, this is the right leadership team. It’s the right vision that’s in place. I see a lot of what could happen,” Greenberg said. “The company was on the precipice of doing a lot of really big things in 2020. They were also making the right investments around marketing, team structure, investments in the parks and just the overall guest experience. I told my wife, ‘[Joining the company mid-pandemic] could either be the best decision ever, or I could just be a crazy person.’ I think it was a little bit of both.”

An Ocean of Responsibilities

With a title of “Director of Social Media,” the casual observer might think that Greenberg might just be sitting at his desk all day, firing off tweets or posting on Instagram. In reality, it’s much more than that. He leads social media for the company, including all of the SeaWorld, Busch Gardens and Sesame Place theme parks, Discovery Cove, as well as the half-dozen water parks across the country.

Congratulations sailer, you made it to Fri-…? pic.twitter.com/OjcE9fGOG6

“We do everything under the sun as it relates to social, whether that be crafting editorial strategy, developing compelling content, brainstorming and launching integrated campaigns, thinking through how we build our social communities, launching new channels, even monitoring for opportunities and engaging with our fans, and showing up in a lot of different ways,” said Greenberg. “That’s really been a huge focus for us. We’re a new team. We’ve started growing more of our efforts around the realm of “social care”, which is what we call more of our guest engagement work within our corporate office.

“We have amazing social leaders across all of our parks who I work with day in and day out,” he continued. “I review every piece of content across every part before it goes live, ensuring that everything is drafted in the right brand voice, hits the right tone, and matches the high visual standards that we’re now holding ourselves against. Anything that we do within the realm of social I’m connected to, but my role extends further beyond that.”

While there is a time for tweets during the workday – “usually in between meetings,” Greenberg noted with a laugh – the SeaWorld twitter account has undergone the biggest “facelift” in recent months, transitioning from tweeting almost exclusively about the parks and company’s conservation and animal rescue efforts to interacting more with their audience, from fans, all the way to other “competitor” parks. In doing so, the @SeaWorld twitter account has become a “passion project” of sorts for Greenberg.

We might be able to spare a few tickets for our 4th of July Weekend Celebration though. ? https://t.co/q96EFEjDrv pic.twitter.com/WO4RKgEIqg

“I really want to be focusing on bringing this brand to the audiences who care so much about SeaWorld,” he said. “Historically, I think SeaWorld was communicating somewhat in a little bit of a box. It would communicate to its fans that care about SeaWorld, that follow the pages, that engage with the brand already, and we can’t really grow our communities that way.

“Historically, we were speaking primarily about our reputation initiatives through the SeaWorld master brand account on Twitter,” Greenberg continued. “I wanted to broaden that a little bit more because we have a very diverse experience at SeaWorld. We have rides, and attractions, and experiences, and we’ve got our awesome Zoo work, we’ve got wonderful rescue work. And fans care about the brand for a variety of different reasons. What I wanted to do is to connect with those fans and match their passion points in different ways.”

The “voice” of SeaWorld has also evolved on twitter, to become more fun and engaging with their audiences, be it animal conservationists, theme park fans, or Orlando locals.

“We’re talking to people as individuals,” Greenberg said. “I want to make sure that we are not perceived as this big corporate brand who is just communicating through how SeaWorld has historically communicated. There are passionate people who are behind the brand and individuals should connect with individuals. We care about our fans a lot. It’s important for us to carry that through in every engagement that we have with them, whether it be broadening into pop culture or extending ourselves beyond just our own channels to be more visible. We are connecting into conversations that are relevant to us, that exist outside of our handles.”

Several of these conversations involve other parks, be it Carowinds during Coaster101’s Park Mania, discussing shark memes with Silver Dollar City, or going back and forth with their “neighbors” up I-4, Universal Orlando.

“One of the things that I love most about the industry is seeing the openness and willingness for other brands like Universal, Carowinds, Silver Dollar City, and Kentucky Kingdom to have back and forth dialogue with a brand that they wouldn’t typically engage with,” said Greenberg. “The community sees that and engages with that, and has fun with that conversation, as well, which I think just creates a deeper sense of community within our industry. I think there are some unspoken rules of engagement, but most of the community, in general, knows that it’s all in good fun (I hope).”

Despite only being in his position for just under a year at this point, Greenberg has three main goals for the social media of SeaWorld parks – not traditional marketing goals, by any stretch of the imagination. The first goal involves strengthening and deepening the community for SeaWorld.

“I think social media needs to be social, and a lot of organizations miss out on this point,” he said. “You have to be a part of the community to deepen engagement and to draw out loyalty. We want to deepen our communities through active engagement, authenticity in our voice, transparency, being fun, being more engaging, more irreverent, and more relevant to fans. We want people to stand up and say that they’re proud to be a fan of SeaWorld. We’re making that happen in a lot of ways – whether it be through natural, funny, or organic means. Getting people to stand up and highlight why they love the brand is a really core focus for me in social media.”

In an effort to deepen the SeaWorld fan community, Greenberg notes a key to accomplishing this goal is being “customer-obsessed,” which is also his second social media goal for the company.

SEAWORLD REALLY DROVE TO MY HOUSE AND GAVE ME A PRIDE SHIRT OMFG ORFPSPFOODOS @SeaWorld I LOVE U pic.twitter.com/xfoYXo5Lnj

“I tell my team that every single one of you should be both an entrepreneur and act like you’re a park president. When you see an issue, you should feel empowered to take it to the various departments or to leaders within the organization to help fix that issue,” he said. “You should care about a customer so much that you know the nuances about their visit and their experience. If a guest is coming on August 15th, you’re going to send them a message on August 12th, letting them know that you’re thinking about them and that you’re so excited about their visit. We’ll create custom videos for our fans, speaking to them as individuals – whether you’re an influencer or have 10 followers on social media. That’s how much we care and that’s how much we want to give them the best possible experience at our parks.”

The third goal Greenberg has for SeaWorld social media is to tell the important stories of SeaWorld in a more compelling fashion.

It's #WorldOceanDay and this year’s theme centers on the life and livelihood that our amazing ocean sustains. Our innovative partnerships, conservation programs and our world-class animal rescue and return work helps drive that vision forward. ?

“We have amazing team members across our zoo team, engineering team, across our park operations, across leadership, etc., and with that, there’s a lot of amazing stories to be told,” he said. “From animal rescue stories to unique stories about our animals themselves. I want to make sure that we get those stories out consistently and in a way that is best in class from a visual production standpoint. We have to capture the hearts and minds of consumers and you have to do that through compelling creative.”

In honor of #worldseaturtleday, we're sharing some of our favorite moments working with rescued sea turtles over the years. Your visit to SeaWorld helps support our rescue efforts, with over 38,000 animals rescued and counting. ? pic.twitter.com/hvOXzAKnsG

With a multi-faceted organization like SeaWorld who has relied heavily on their environmental and animal conservation reputation in the past, Greenberg notes that it’s been a little bit of a challenge to “straddle the fence” between content types for different audiences to evolve the brand, especially on social media, but one he has enjoyed taking on. 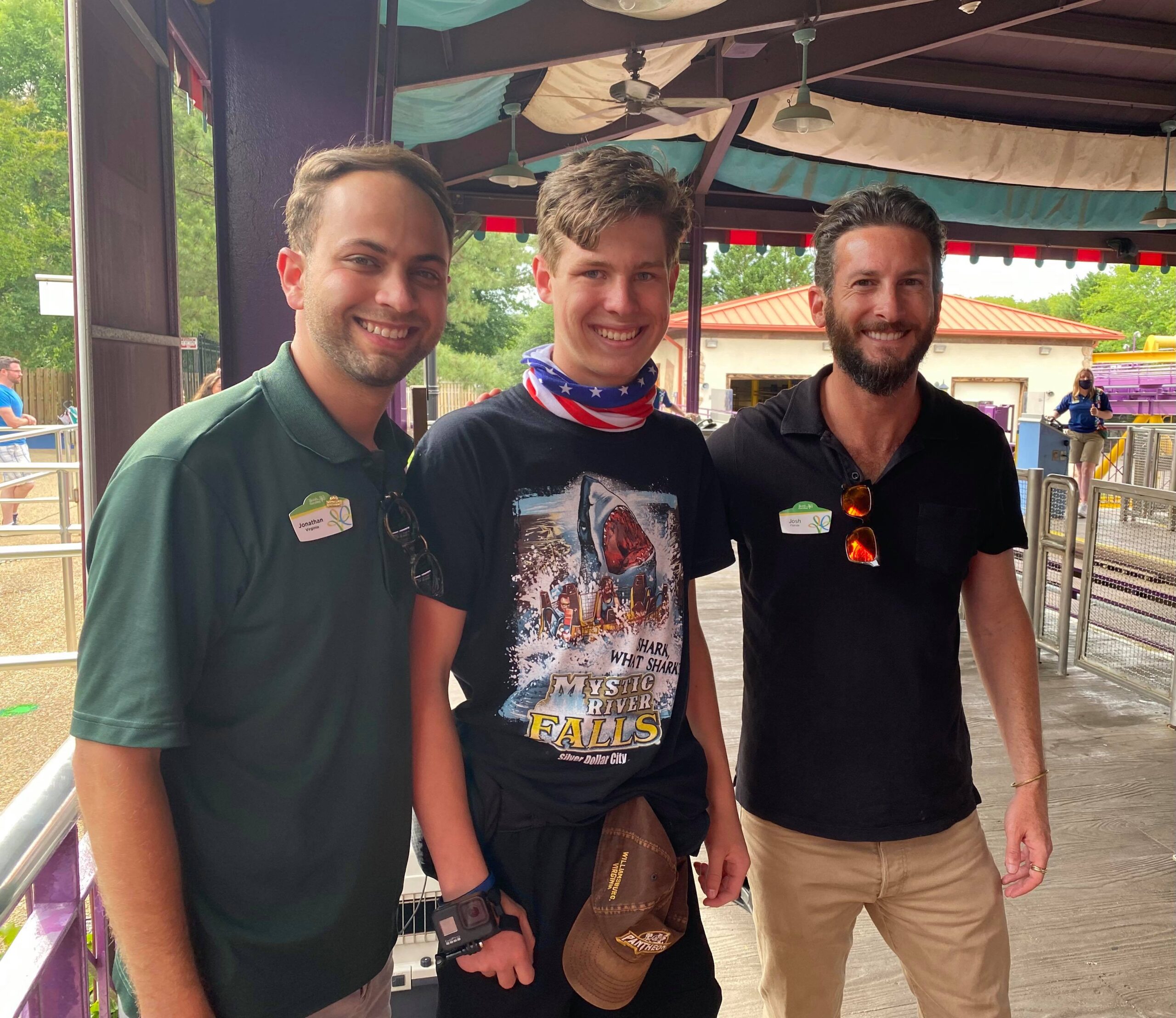 “We’re doing a lot of ‘test-and-learns’ in real-time to determine the right mix of content, because I would argue that historically, the SeaWorld brand aired too heavily only on their reputation only,” he said. “When we started to broaden our horizons into conversations related to our coasters, our experiences, upcoming attractions, engaging in pop culture, or something of relevance across the theme park industry community – that’s when the message started to resonate with fans. It’s still very important to get the ‘good’ out about all the great work that SeaWorld does with best-in-class animal care, with rescue, with partnerships, with research and science initiatives, and the like.

“We’re an amazing organization with a lot of diverse touchpoints, and we have to meet our fans at the point in which they care about SeaWorld,” he continued. There’s a very broad spectrum as it relates to why someone may be a fan. It’s really important for me to make sure that we’re connecting and broadening the way in which we communicate to meet fans and connect where they want to be met.”

I have seen a couple A+ social media employees join @SeaWorld over the past couple of months. They are building an incredible team! https://t.co/0lmnElsZ90

The audiences have taken notice of the changes behind SeaWorld social media, a point of pride for Greenberg.

“It sounds a little selfish, but the most rewarding thing for me is that the community is seeing and recognizing the changes,” he said. “That has been so impactful for me because there are so many super fans of this brand who will reach out and say, ‘I’m so glad that you’re finally taking a stand for the organization and its reputation!’ or ‘How you’re engaging with the fans is amazing’.”

If you’re not already engaging with SeaWorld on Social Media, you should probably fix that. We won’t link you to every page and account, but @SeaWorld on twitter is a great place to start!