Celebrating its 15th birthday this season, Carowinds‘ Vekoma Suspended Family Coaster will feature a new name and color scheme for 2018. Taking its name from a play on the town in North Carolina where Orville & Wilbur Wright made their first flight, the coaster will now be known as Kiddy Hawk. 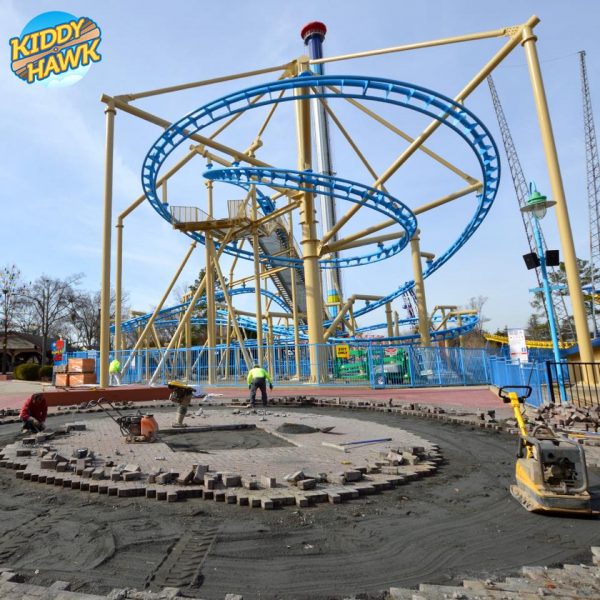 Featuring just a single ten-row train and just over 1,100 feet of track, the coaster continues to be a great “stepping stone” coaster between Carowinds’ smaller coasters and some of their larger coasters. 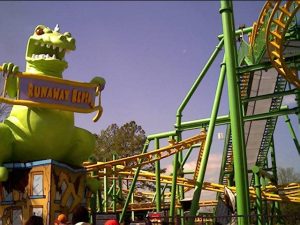 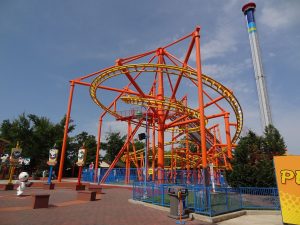 In 2009, Nickelodeon Universe became Planet Snoopy, and the coaster was renamed to its most recent name, the Flying Ace Aerial Chase, themed after the classic Peanuts cartoon “Snoopy & The Red Baron.” While the track of the coaster remained yellow, the supports were painted a bright orange.

In 2017, when Carowinds announced that Planet Snoopy would be transforming into Camp Snoopy, the artwork showed that the current footprint of Carowinds’ Peanuts-themed kids area would be altered somewhat.

Kiddy Hawk now sits outside of the “official” Camp Snoopy boundary, and most likely will become part of Celebration Plaza at Carowinds, which also houses Carowinds’ coasters Intimidator and Nighthawk. (This is merely speculation on my part, and not officially finalized as of this writing.) 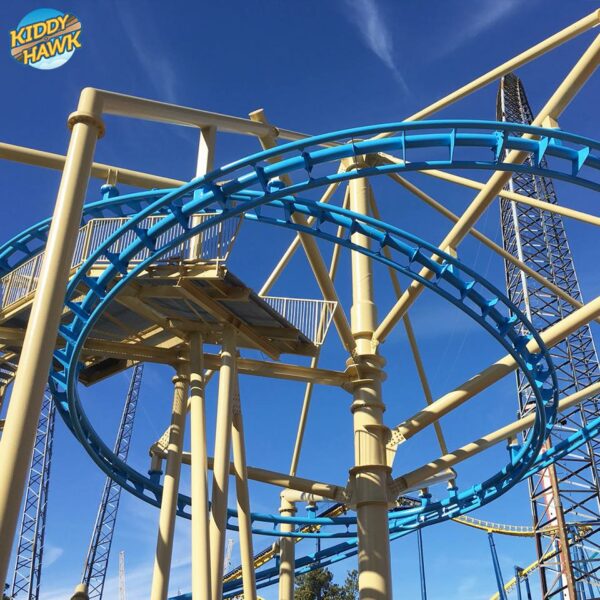 For the first time in 15 seasons, the track on this particular coaster will not be the familiar canary yellow, and instead will be painted a bright blue. The supports have also changed color from orange to beige. The new paint scheme is really going to pop against the Carolina blue skies.

Details have not yet been released about the coaster’s train, but we’ll update this post with more information when we have it!