The Boom Coaster is one of several new ride patents filed by Universal Creative that may offer up a hint about some future attractions in development. You can see some of the concept drawings from the patent forms posted in a slideshow from the Orlando Business Journal, though keep in mind that they are keeping the theme and concept as generic as they can in these patent applications, instead focusing on the technology aspect of what the attraction will do in order to make it unique enough to deserve a patent. The article speculates on how these patents might be applied at Universal parks across the globe, and the majority point towards rides for the forthcoming Super Nintendo World themed lands.

The Universal patent that really caught my eye was one referred to as the “boom coaster” concept. The drawings included in the patent show a mine cart themed ride vehicle that would look as if it is attached to a mine train type track system, but in reality the car is attached to a boom arm that goes down under the cart and attaches to a typical roller coaster track entirely hidden from view by themed elements. 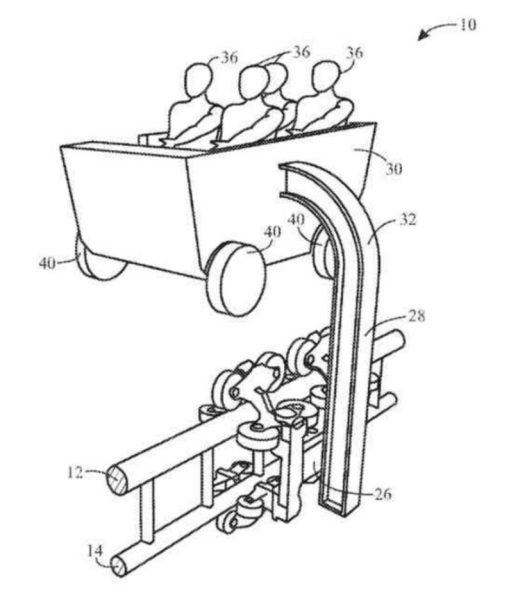 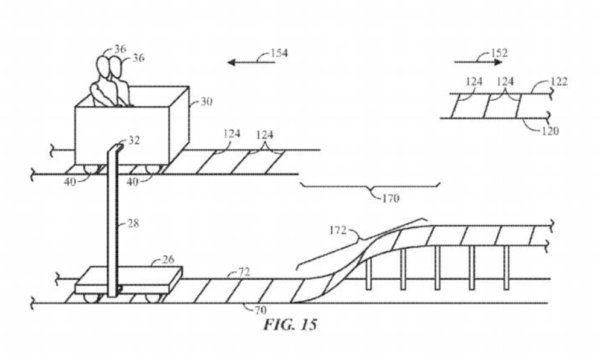 This concept looks like it was made solely for a Donkey Kong Country attraction. See for yourself:

How would a Donkey Kong coaster work? Here’s a quick CAD simulation I created to show how the boom coaster might function:

One challenge for the designer’s of the boom coaster is the rider’s heartline is so far away from the coaster’s track. When banking into a curve, if the axis of rotation is about the spine of the track then the center of gravity of the passenger is accelerated toward the center of the curve. This results in the passenger being thrown against the side of the car or against another passenger. 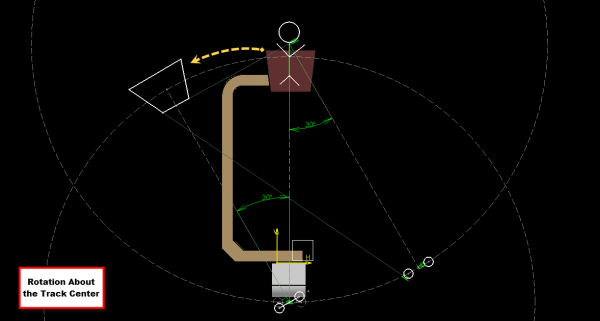 Roller coasters must not put too much strain on a rider. To correct for this acceleration, the track should be rotated around the center line, or heartline of the passengers (roughly just above the center of a human torso). Thus, the acceleration of the passengers to the inside of the curve is greatly reduced. The track would have to swing out really wide when going into a banked turn. 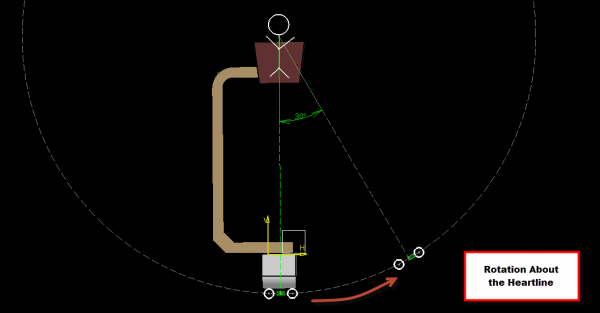 If the boom coaster actually gets built I would envision it more as an indoor wild mouse type coaster with smaller drops and horizontal curves. 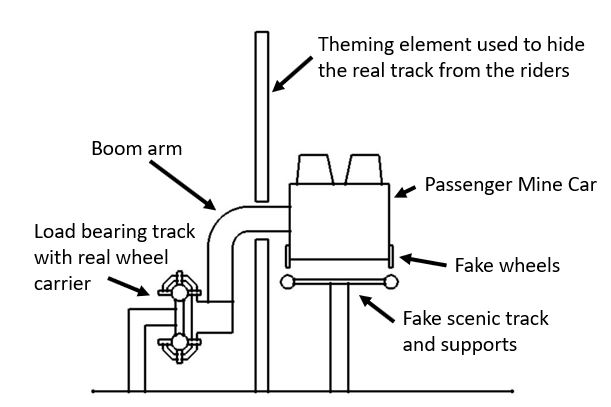 “The CRC system uses two tracks, each with a vehicle chassis on it, one above the other. A support arm is mounted to the lower chassis on pivot bearing, and runs up through a gimbaled, sliding bearing in the upper chassis. The guests ride in the themed portion of the vehicle mounted to the top of the arm on a pivoting bearing, above the upper track and chassis. As the complete vehicle moves along the track course, the upper track and chassis serve as a kind of fulcrum for the support arm. The lower track follows a slightly different course than the upper track, and this causes the top of support arm and the guests to swing in a side to side yaw movement, pitch front to back, and an up and down vertical stroke relative to the upper track.” 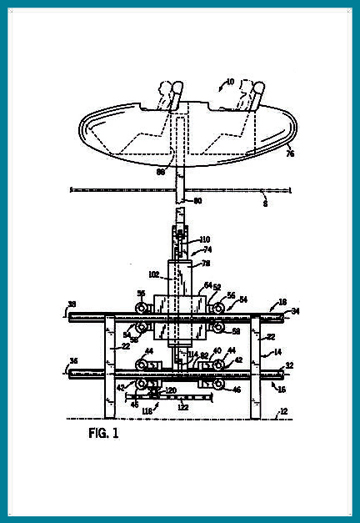 It’s kind of like ride systems employing a multi-axis simulator sitting on a tracked chassis (i.e. Indiana Jones, Spiderman, etc.), but without all the hydraulics and servos of those systems, plus the ability to move on an undulating, coaster-style track. The major difference between Universal’s boom coaster and the cantilevered coaster is the CRC uses two tracks and thus has not only up and down movement up side to side movement as well.

Check out the compilation video below to see what types of motions the CRC might be capable of:

I’d love to see a cantilevered coaster built but the industry seems to be more focused on motion bases and projection systems for the foreseeable future.

What do you think? Which embodiment of the concept do you prefer? Will we see either concept make it off the drawing board and actually get built? If so, where do you think it will pop up and with what theme?