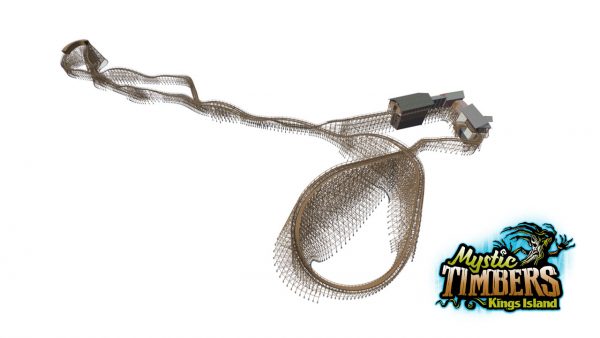 Mystic Timbers will stand 109 feet tall with a 97-foot-tall drop, reaching a top speed of 53 mph during its 3,265-foot-long course. It will also contain 16 “low-to-the-ground” airtime hills and a mystery finale in the “shed” at the end of the ride (more on that below).

Watch an on-ride POV animation of the coaster below:

According to Kings Island’s news release, the coaster will be themed to an “area surrounding a lumber company becoming overrun by a mysterious medusa-like overgrowth of vines as nature reclaims its land.” 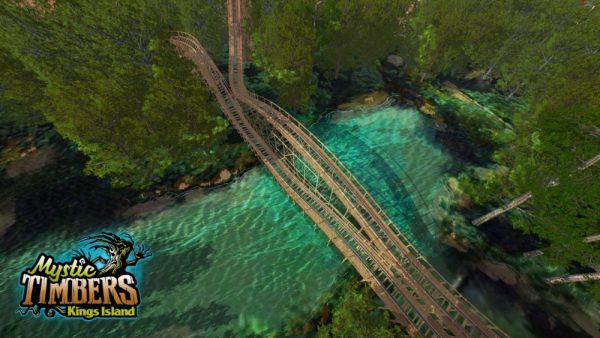 It will “weave along steep cliffs, down ravines, cross over water and go through an extreme S-turn” in a heavily wooded area of the park. 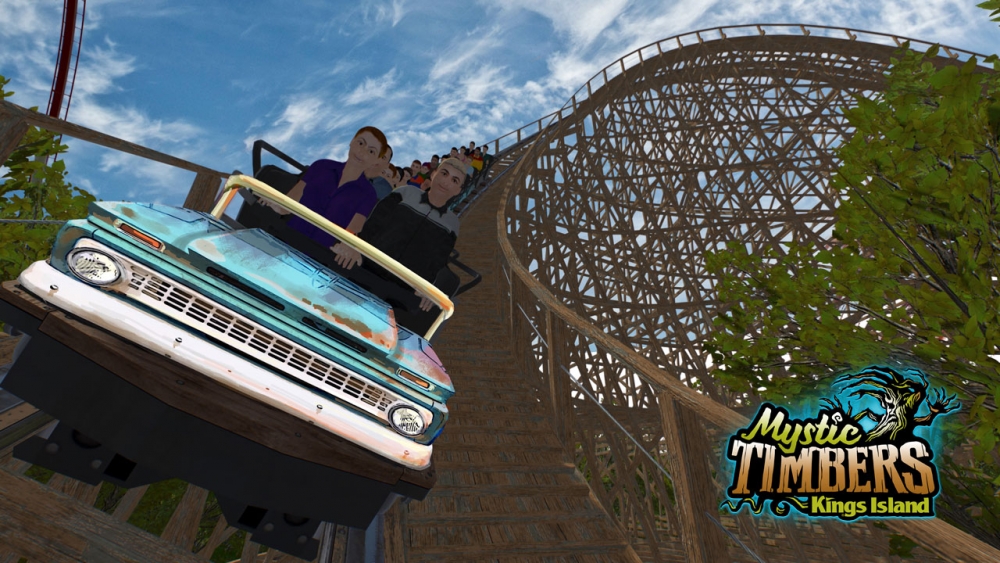 The coaster’s three trains will each seat 24 riders — four per car with six cars per train. This is unusual for a GCI as the company typically uses its Millennium Flyer trains which seat two riders per car.

However, the off-ride video below shows the coaster with the Millennium Flyer trains, so it’s unclear at this point which train style the coaster will feature.

“Mystic Timbers is naturally exciting because of its setting in a densely wooded area,” Kings Island’s vice-president and general manager Greg Scheid said. “The natural rugged terrain and tunnel ensures a unique and memorable ride experience.”

GCI worked with Kings Island to design the coaster to take full advantage of the park’s uneven terrain.

So what’s in the shed?

Even though the coaster has been announced, one section of Mystic Timbers is still a…mystic…mystery: the shed.

The coaster’s tagline appears to be “#WhatsInTheShed.” 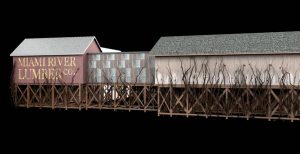 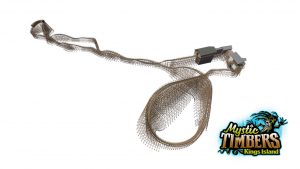 The “shed” section is located at the very end of the ride and leads back into the station (look again at the ride layout above).

Here are some possibilities of what could be inside:

When it opens next year, Mystic Timbers will become Kings Island’s 16th roller coaster and 4th wooden coaster. The park will have 18,804 feet of wooden coaster track, more than any other park in the world.

Kings Island is wasting no time in preparing the land for Mystic Timbers: 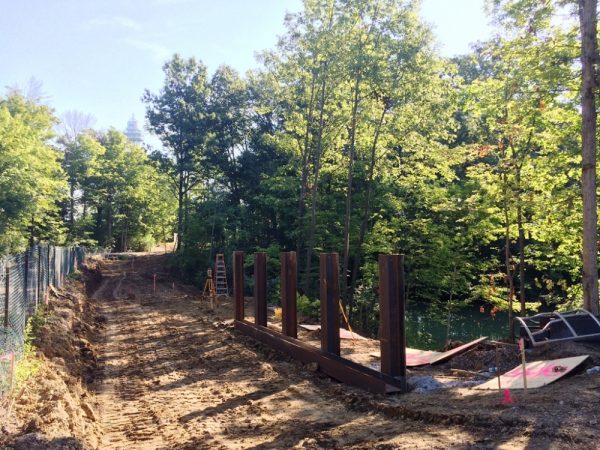 Learn more about the coaster on Kings Island’s website.