Comcast, the parent company of Universal Orlando Resort (home to the Universal Studios Florida and Islands of Adventure theme parks), has purchased roughly 475 acres of land “adjacent to an existing theme park,” according to the Orlando Business Journal. 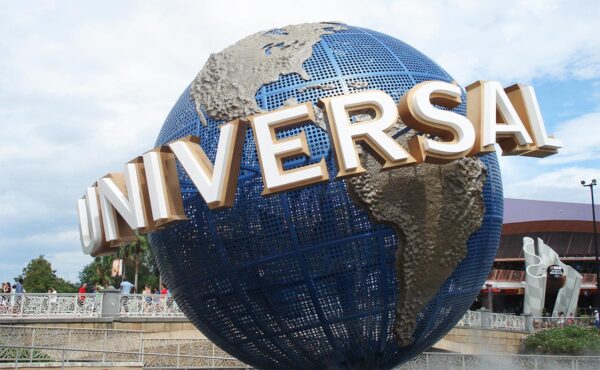 The OBJ reports that Comcast paid $130 million for the 475-acre tract of land. In essence, Universal “now owns the mass of land along Universal Boulevard.”

Please excuse the rough diagram I’ve made that gives a basic idea of where the 475 acres of purchased land is situated in relation to the current Universal Orlando Resort: 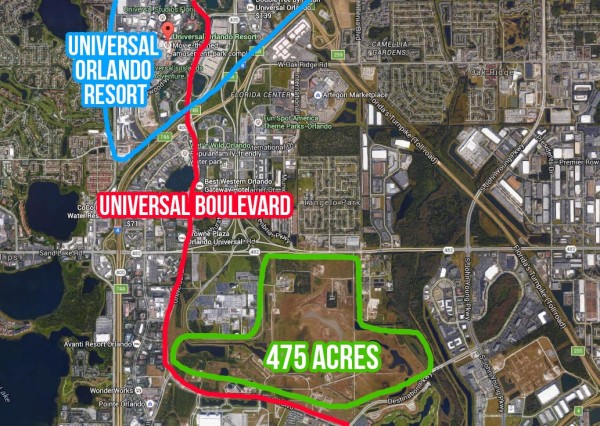 The 475 acres are split into parcels of varying sizes. The map below gives a more exact outline of those parcels:

In late 2015, Comcast was rumored to be making a purchase of 450+ acres of land in the I-Drive area of Orlando, near the Universal Orlando Resort.

While it’s too early to say what will become of this land, I have no doubt that Universal will unveil big plans for the acquisition in the coming years. As a resort that is “landlocked” with limited space for additions, this appears to be a much-needed purchase and investment.

We’ll post more details as we find them. This will certainly be an interesting story to follow.

What would you like to see Universal do with their new land? Share your ideas in the comments below.