The Columbus Zoo and Aquarium is one of the best themed zoos in the country. That’s why a record breaking 2.47 million people visited in 2014. Attendance was driven upwards by the new Heart of Africa section that opened last year and was exceptionally themed to the fictional Ajabu  National Park. Besides being connected to a small amusement and water park, the zoo itself also has a few rides. You can ride a pony, camels, a train, and an antique carousel. But the most unique attraction is the Journey to the Islands Boat Ride. 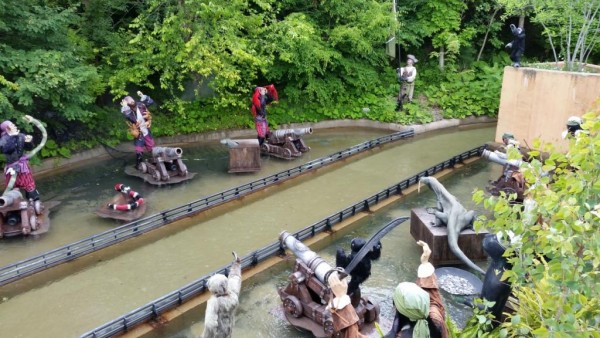 Opened in 2003, this Hopkins Rides Water Transportation System, takes visitors on a journey through the Islands of Southeast Asia. On the way you may spot komodo dragons, orangutans, gibbons, and Asian small clawed otters. During the 2013-2014 seasons, the zoo transformed the attraction into Dinosaur Island by adding animatronic dinosaurs along the channel. 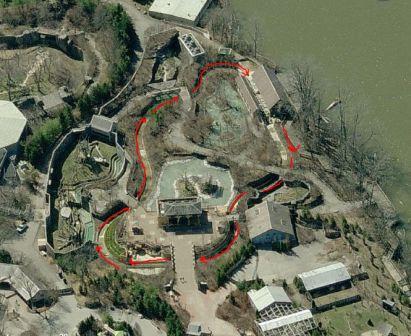 For the 2015, the robot dinosaurs were swapped out for robot pirates and a new storyline. The Purple Poaching Pillagers have to the island and have begun destroying the natural habitat while searching for buried treasure. The good Pirates for the Plant, dressed in green, come to the rescue. The animatronic figures were made by the Scarefactory, a Columbus company that originated largely as a supplier of ghoulish creatures for haunted attractions but has branched out in recent years. 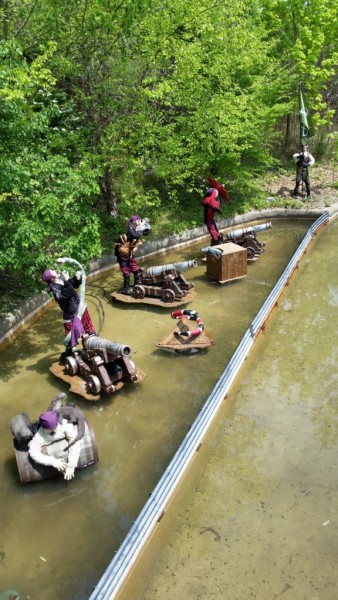 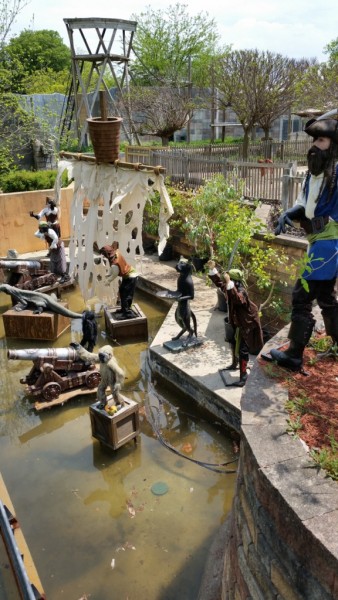 This is as close as I’ll get to riding Pirates of the Caribbean for a while. A short video of some of the show scenes is embedded below.

The zoo added five new boats to the attraction to help improve the capacity of this popular attraction (and did you see how closely together they were running the boats in the video?!). Currently, the cost to experience Pirate Island is $3 for non-members and $2 for zoo members. Or you can buy a more expensive wristband that gives you access to all the zoo’s attractions.

Which do you prefer – dinosaurs or pirates? Do you think we’ll see any other parks swap out their dinosaur attraction for pirates or something similar?