After over a decade in development, The Columbus Zoo and Aquarium is poised to open it’s largest expansion in zoo history, the Heart of Africa. Coaster101 got a sneak peak of the new region before it opens to the general public on Thursday, May 22nd. Zoos are not the main focus here at Coaster101 but the Columbus Zoo is more than your local, city zoo. They strive to be a destination zoo, a zoo people will travel from all over the country to go to. Their theming is on par with Busch Gardens and Dollywood theme parks. And they have their own mini amusement and full-blown water parks. I’ll try to tie this post to the amusement industry by showing some concept art about the early plans of the expansion that included a couple of rides and attractions, and by focusing more on the theming of the area rather than just the animals. 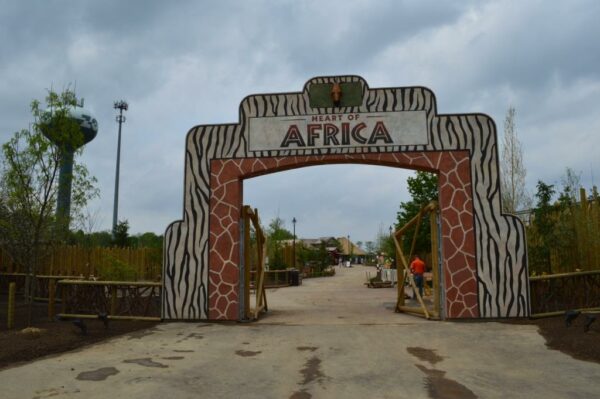 Before we show you what’s new, let’s take a look back at what could have been. The Columbus Zoo has been planning on adding an African region to the park since at least 1998. The original master plans were incredible. The central attraction was to be a safari ride that would have easily rivaled Kilamnjaro Safaris at Disney’s Animal Kingdom. Sadly, the plans were scaled way back. Later plans for a train ride, boat ride, and zipline attraction were all scraped from the final design. 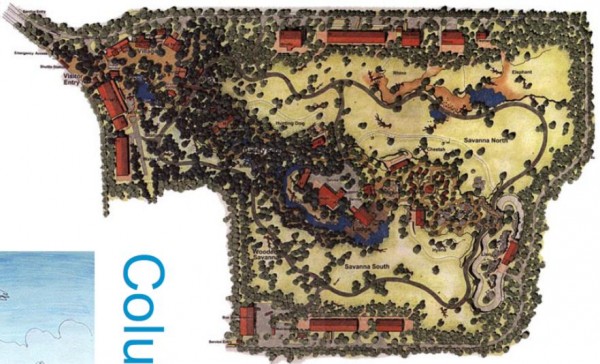 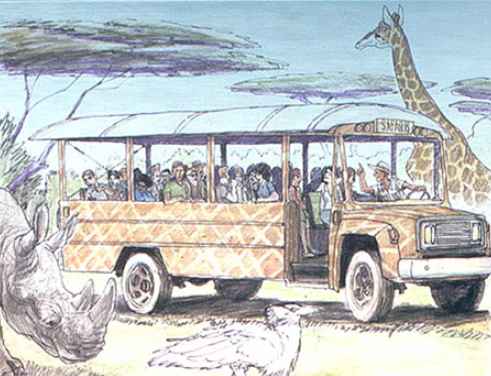 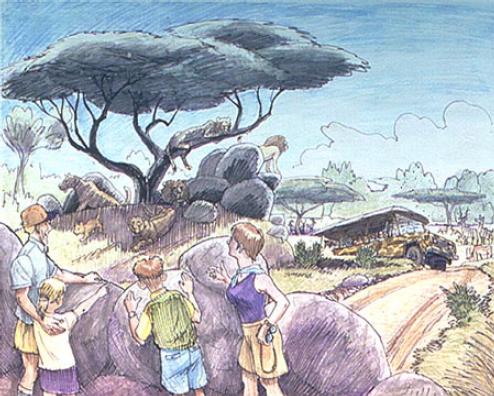 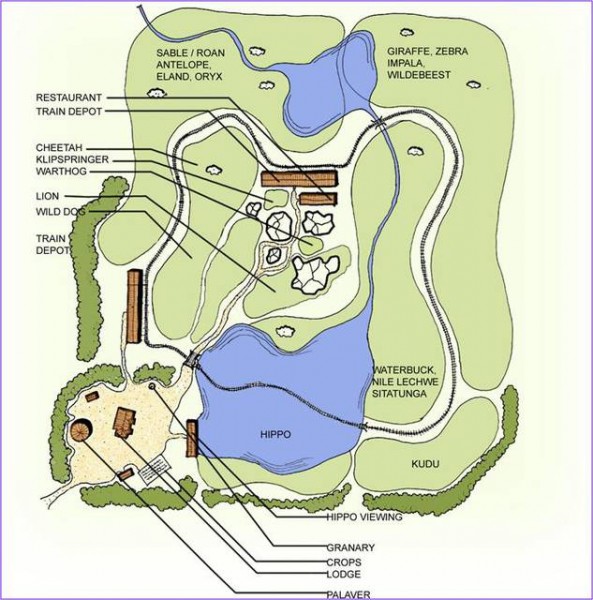 My expectations for the new region were not very high mainly because I knew the plans were scaled back from the early concepts. I was pleasantly surprised by what they actually did build and it ended up exceeding what I was expecting. The 43-acre area features 160 animals including eleven giraffes, seven wildebeests, seven Thomson’s gazelles, six Grant’s zebras, five slender-horned gazelles, five dama gazelles, four greater kudu (antelopes) and plenty of big birds, including ten East African grey crowned cranes. The African lion exhibit is the highlight. The exhibits are vast and it’s impossible to tell where they end. 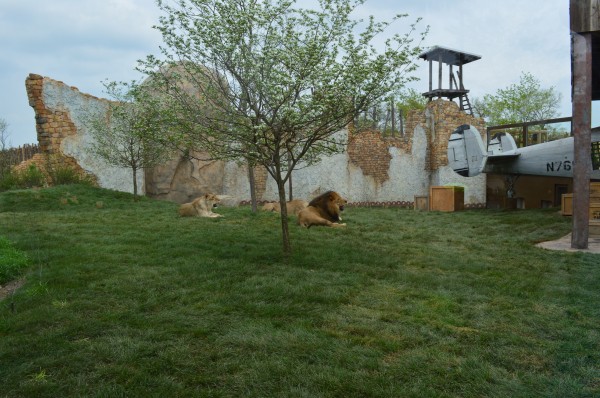 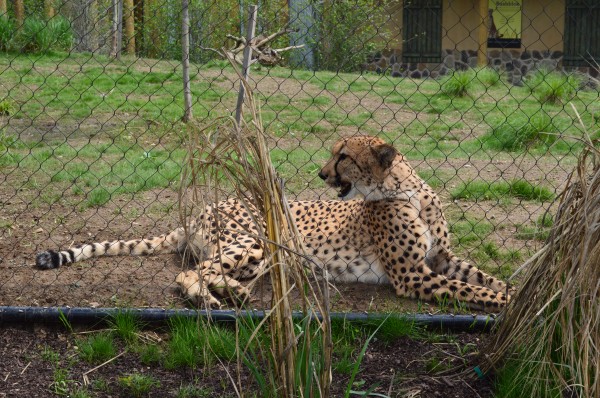 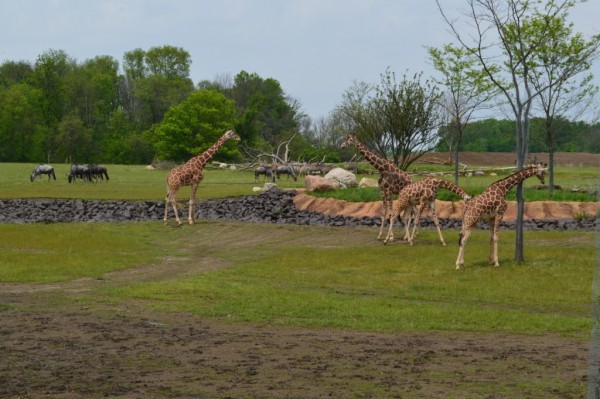 Heart of Africa transports visitors to Africa and is themed around Ajabu National Park. Highlights of the area include a plane to explore, camel rides, giraffe feeding, and cheetah runs. There’s also a nice restaurant overlooking the savanna and an African camp taken over by vervet monkeys! 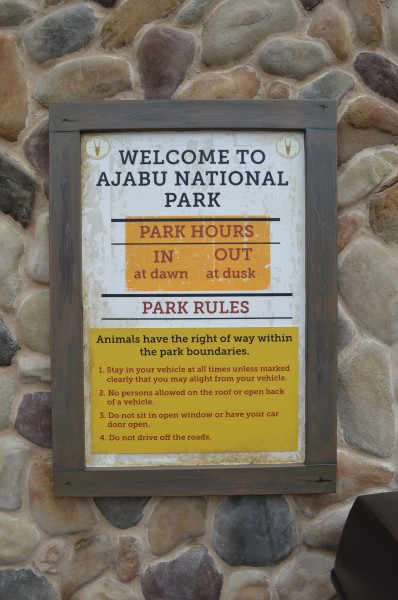 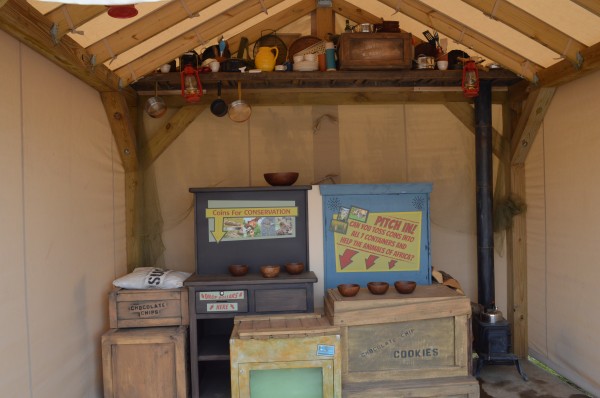 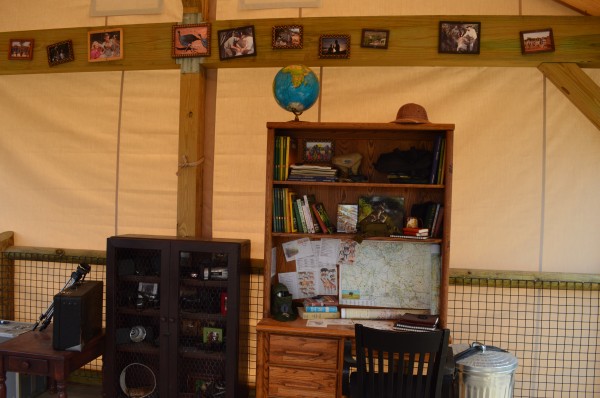 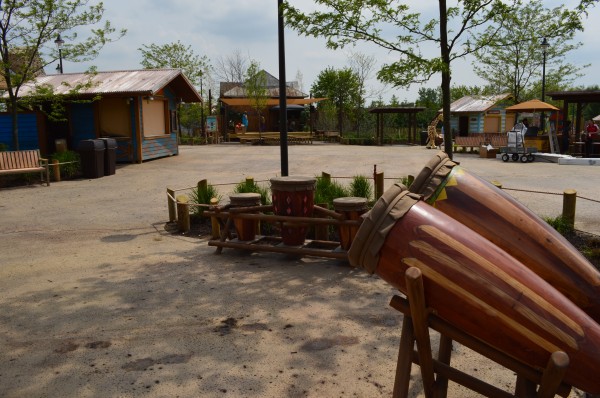 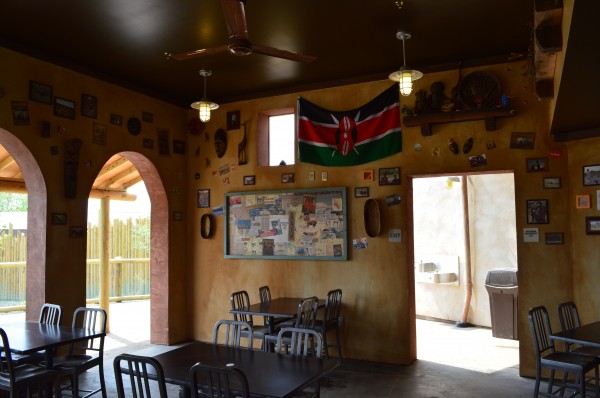 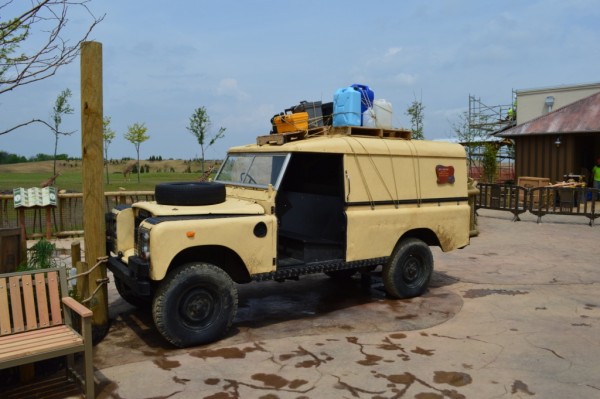 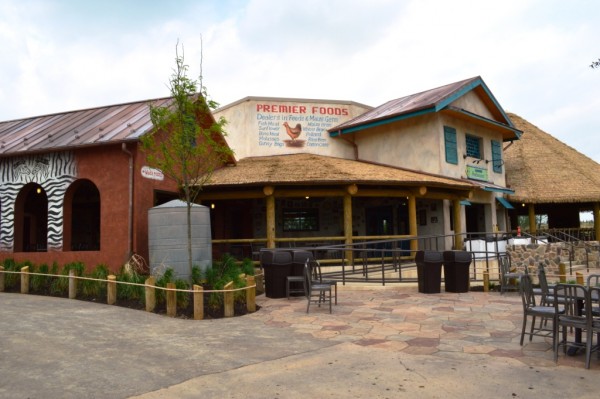 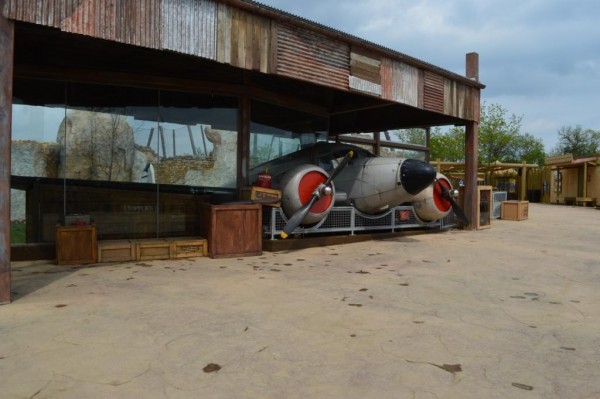 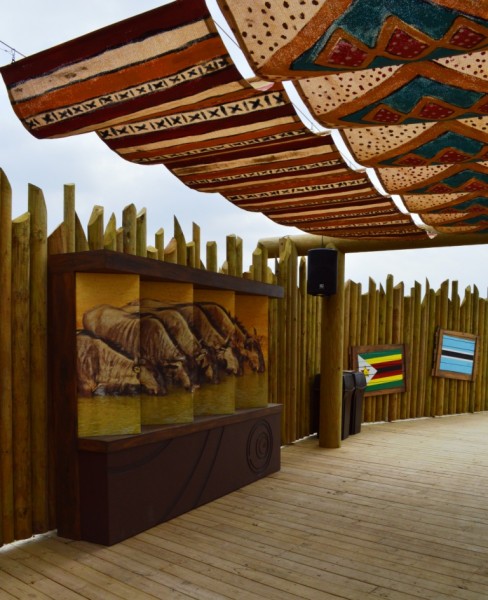 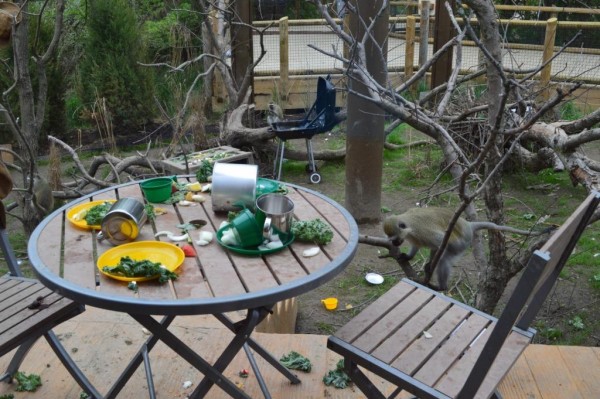 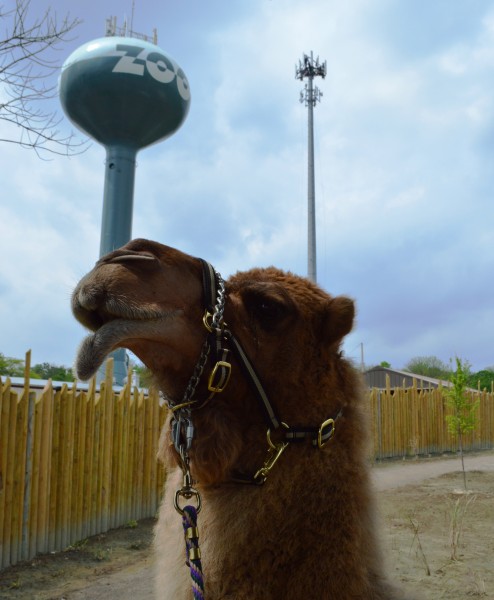 Pictured below is the 2014 map of Zoombezi Bay, the zoo’s water park. New for 2014 is Baboon Lagoon, a water play structure with a giant tipping bucket. 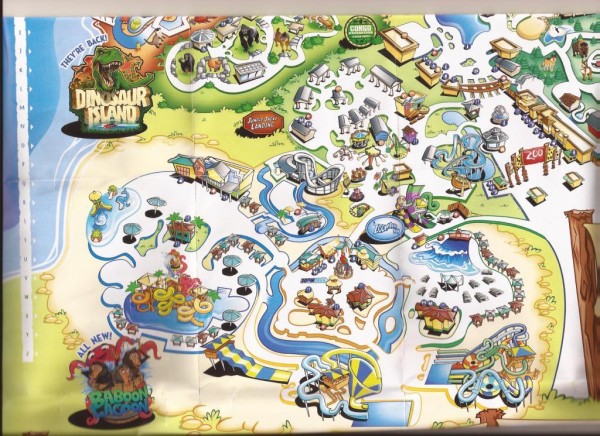 Heart of Africa is bound to be a huge success for the Columbus Zoo. I wouldn’t be surprised to see it expanded in the near future. Hopefully we’ll see some of the original attraction concepts actually get built.