In Kings Island’s Action Zone, beside Banshee, resides Flight Deck, the last Arrow Suspended coaster built. Some rumors have been swirling around about this ride due to the construction, or rather destruction under Flight Deck’s station. 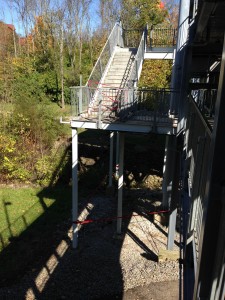 While at Kings Island last weekend, I went over to check out what all of the commotion was about. Sure enough, pathways and stairs along the bottom and outside of the station are being torn down. There are also several construction vehicles parked nearby and the old theming signs are now gone. 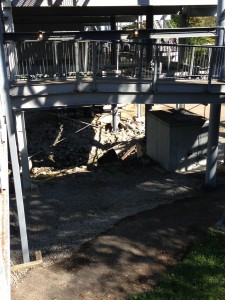 Could we be seeing just routine maintenance on Flight Deck? Or a renovation and some new paint? Or even maybe a whole new theme and name? 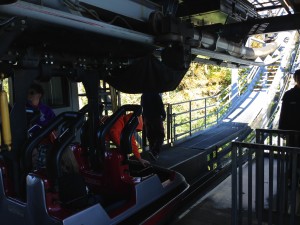 During Diamondback’s construction, the neighboring coaster, Vortex got a new coat of paint. This was to obviously make that whole area of the park seem new and look appealing. We all know Flight Deck is in desperate need of a new paint job. My guess is that we will at least see a fresh look on it come April to complement Banshee. 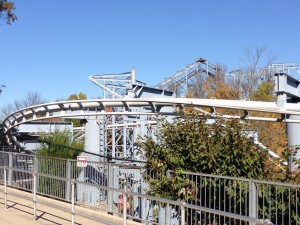 As for the new theme and name rumors, Kings Island posted a hoax website just prior to the Banshee announcement, with “The Bat” name and logo. Here is a screenshot of it: 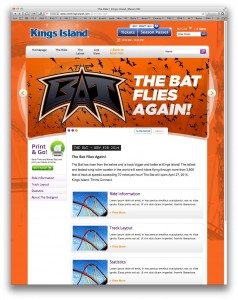 Kings Island used to have another Arrow Suspended coaster named The Bat. It was the first of its kind and suffered from many technical problems. It closed in 1983, only after a couple seasons of operating. My Dad had the chance to ride it when it was open and said it was very rough. Could we be seeing the resurrection of this long-gone coaster? 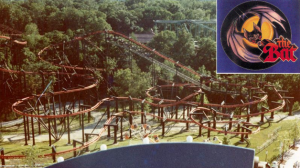 A very large discount on Flight Deck apparel could be another clue. These shirts that were already on sale, were marked down to only $5. 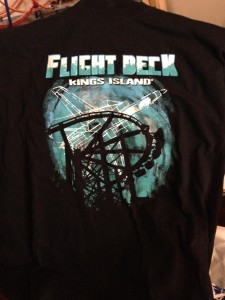 Are we looking into this too much or are we correct? Hopefully, we will be told sometime this winter about what is going on with Flight Deck. As for now, it is fun to speculate what it could become! 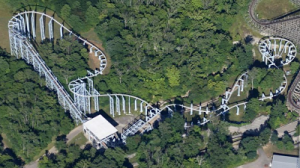 What are your thoughts/hopes for Flight Deck’s future?