Last week we were lucky enough to be among the first to experience Jolly Rancher Remix at Hersheypark! You may be quick to dismiss this new attraction as just “new paint” but I assure you there is much more here than meets the eye! Hershey took this offseason to totally revamp this 31 year old Vekoma Boomerang into something that can hold its own among the other coaster giants at the park. 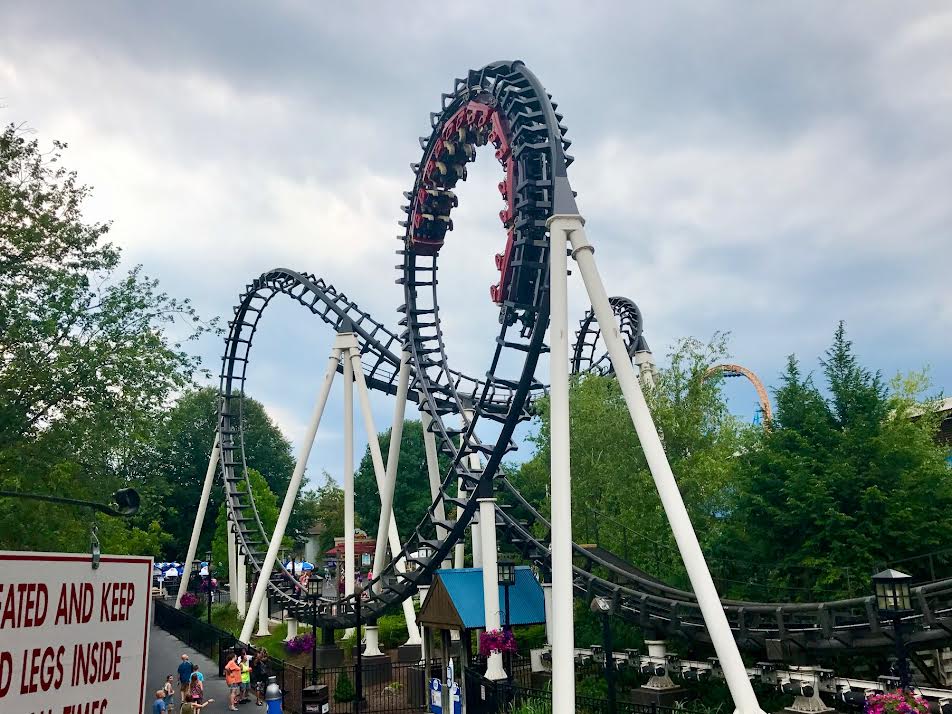 From 1991 to 2021, the coaster operated as Sidewinder in the back of the Pioneer Frontier section of the park. Even with the addition of Storm Runner in that area, the odd corner of the park still lacked that Hershey touch (that really has become prevalent in the past few years). The supports were white and the track brown, which didn’t really go with the “Sidewinder” snake theme. That theme works much better over at Candymonium, where the milk chocolate track contrasts beautifully with the candy colored trains.

Jolly Rancher Remix now boasts a stunning fresh coat of bright green and blue paint. Not only did the park freshen up the ride and give it a new name, they totally reimagined the ride experience.

It all starts as you approach the ride; music is pumping and the new plaza welcomes you with bold colors, a great view of the coaster, and the all new flat ride Mix’d (more on that later).

As you get into the station you notice the Jolly Rancher theming that is present all around you, including enormous candy lights above the track.

When you board your train, the ride’s virtual DJ says “JOLLY RANCHER REMIX,” the music gets louder, those lights start rapidly changing through the classic Jolly Rancher colors until you land on of of those five flavors (grape, blue raspberry, watermelon, green apple, and cherry). Once a flavor is chosen, the DJ will announce it, “CHERRY!” That is then your ride cycle’s theme. 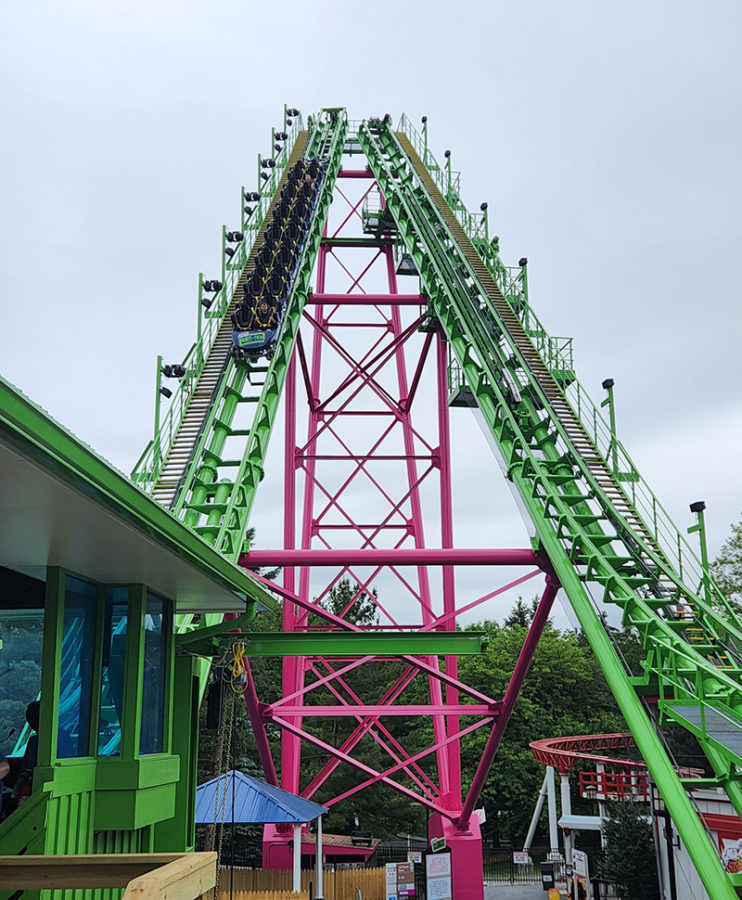 What really separates Jolly Rancher Remix from the other clones is the addition of a 40 foot tunnel before the second spike. Not only does this make it unique from the others, but Hershey added another twist inside the tunnel. Remember that “theme” of your ride? It comes full circle in the tunnel. Whatever flavor your ride is gets matched with at the beginning, you get a blast of that same candy scent as you blaze though the dark.

We got to ride twice and got green apple and watermelon. The scents are not super strong (and we thought that was a good thing), but noticeably different—a very welcome change to the classic boomerang and also a very Hershey-esque theming update!

The park has done an immaculate job of maintaining the track that is three decades old and has kept it running remarkably smooth. The change from the old over the shoulder restraints to the new vest-style restraints several years ago also adds to the enjoyable ride. Don’t skip this coaster next time you visit the park!

We mentioned earlier that the ride plaza also got a brand new flat ride. Mix’d is a NebulaZ model from Zamperla and is the first of that kind I have ridden. The way the cars are situated on arms makes for a really fun ride due to the near-miss moments with other riders. I described it after my first ride as “an intense ferris wheel.” You get to rotate both forward and backward during the cycle, providing new views of Jolly Rancher Remix as well as Storm Runner next door.

Mix’d is almost as fun to watch as it is to ride! The close calls of the ride cars and spinning motion is hypnotizing. The two rides mesh perfectly in color schemes and theming. 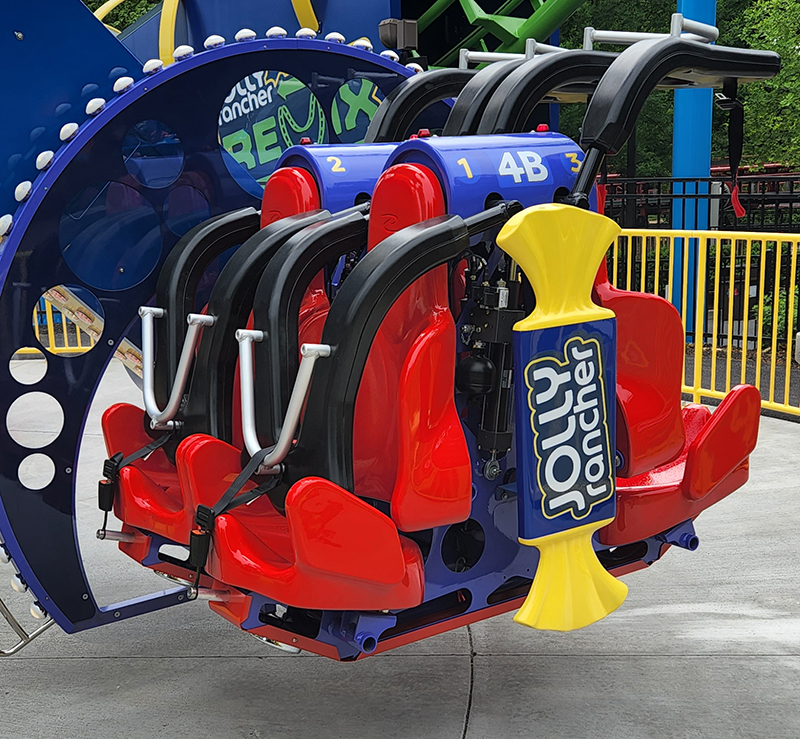 We would like to give a huge shoutout to the Hersheypark PR team for the great event and hospitality! If you have the chance, definitely get to Hersheypark this year and check out the all new Pioneer Frontier area!