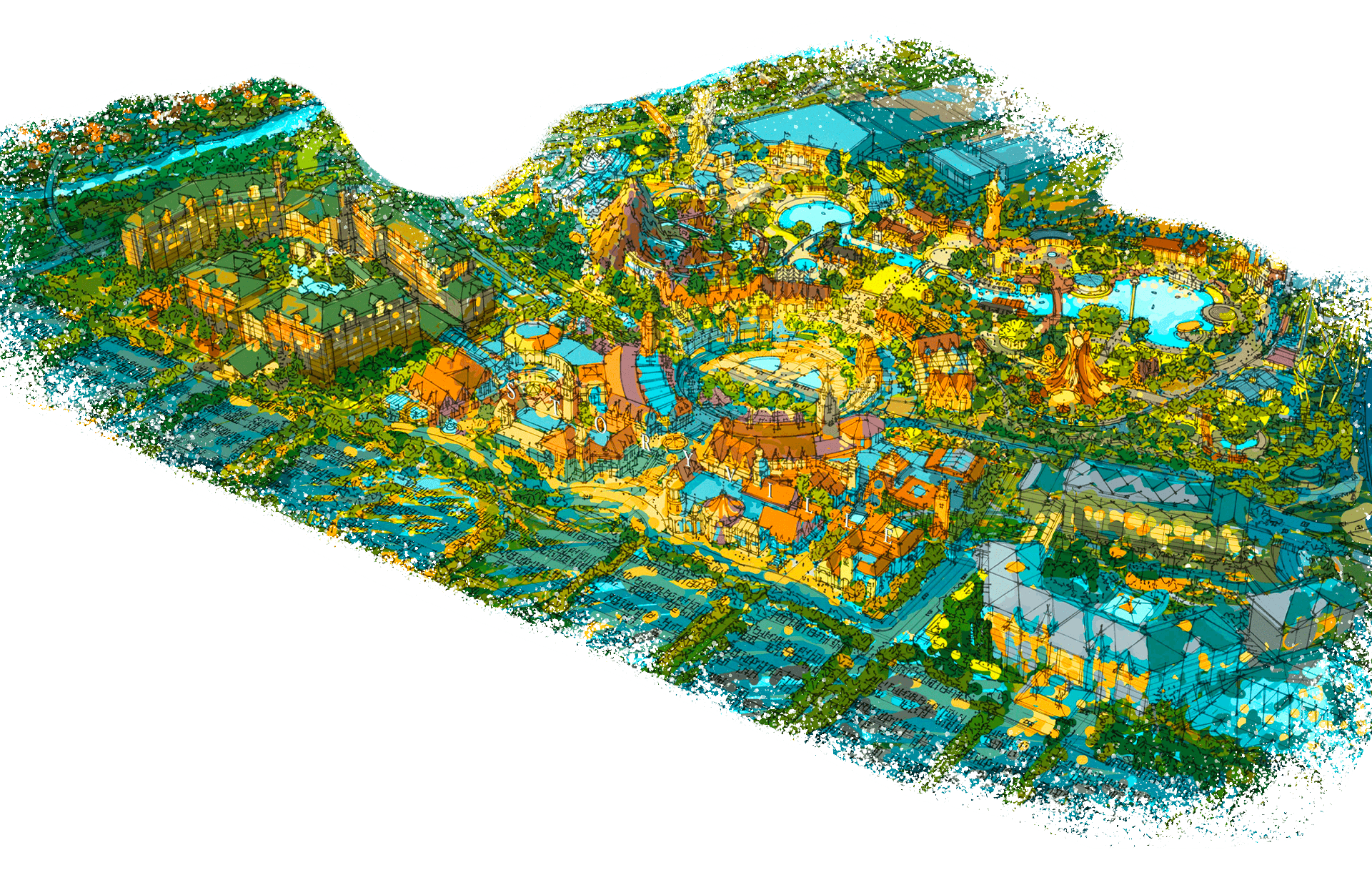 According to the Nashville Business Journal, the park would be themed to the four corners of the world—Africa, America, Asia and Europe. 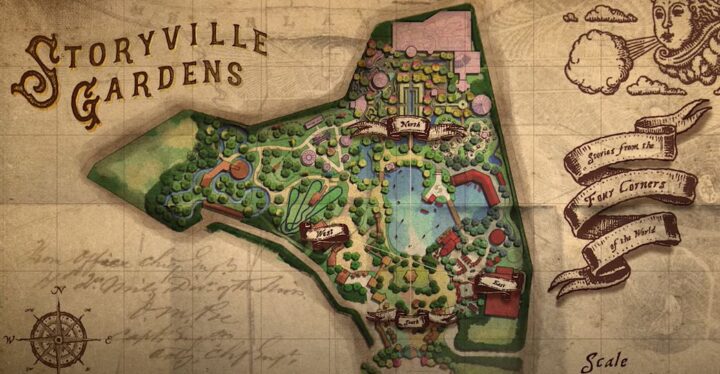 Guests would enter the theme park through an African-themed section before splitting off into the other themed areas. The park would contain roller coasters and other attractions as well as 220,000 square feet of retail, dining and entertainment space. 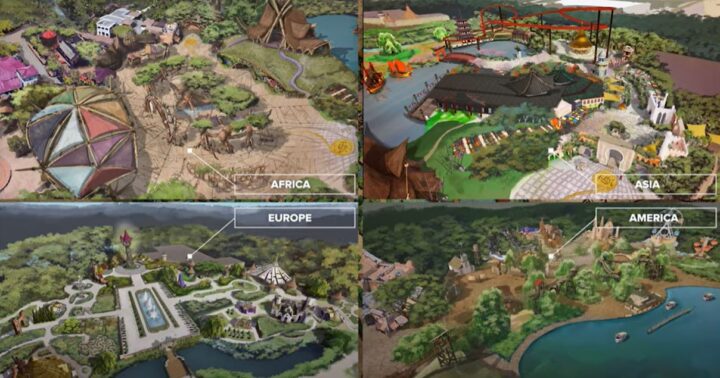 Watch a fly-through video of the park below:

The park’s developer, Guerrier Development, is currently looking for a location to build.

Storyville Gardens is being designed by Storyland Studios, a firm responsible for attractions such as the Hogwarts Express at Universal Studios Florida, the Legoland Hotel in California and other themed attractions.

See examples of Storyland Studios’ work on their website.

The first of three phases would cost roughly $300 million, which the husband and wife duo leading Guerrier Development (Elde and DeLisa Guerrier) say is already funded by private investors.

Storyville Gardens is far more than a theme park. With the intent to challenge the literacy statistics, Storyville is designed to ignite the desire to read beyond what is required in a classroom from toddlers to teens and adults alike. It is an imagination-driven, interactive entertainment destination where stories engage and connect visitors with a sense of adventure, fantasy and fun to the experiences of the park, the Storybook Retail, Dining; and Entertainment Village, and three extraordinary hotels with themes ranging from the majestic and enchanting to discovery and adventure. Storyville Gardens will be a majestic place that enriches the life of an entire community through all forms of story telling. 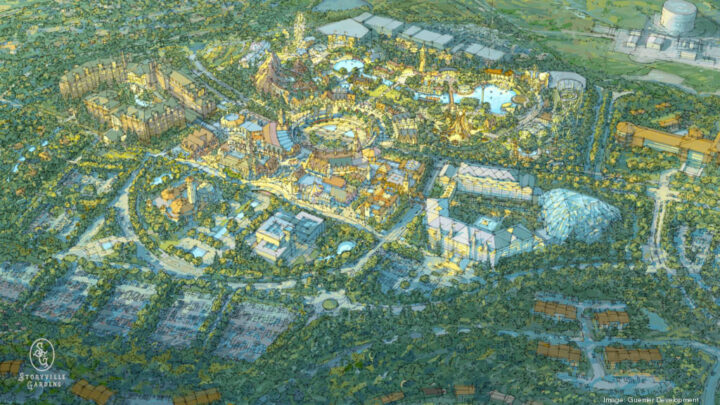 An economic analysis found that the theme park’s development would create 2,260 construction jobs and over 1,700 jobs once the park was operational.

This would be Nashville’s first major theme park since the closure of Opryland USA in 1997. Several theme park and similar attractions have been proposed in the years since, but none have come to fruition.

This is a developing story. A news conference with more details is scheduled for tomorrow, June 30, 2021. More details will be posted here as they are released.