The roller coaster, which is being manufactured by Intamin, will open in Summer of 2021. 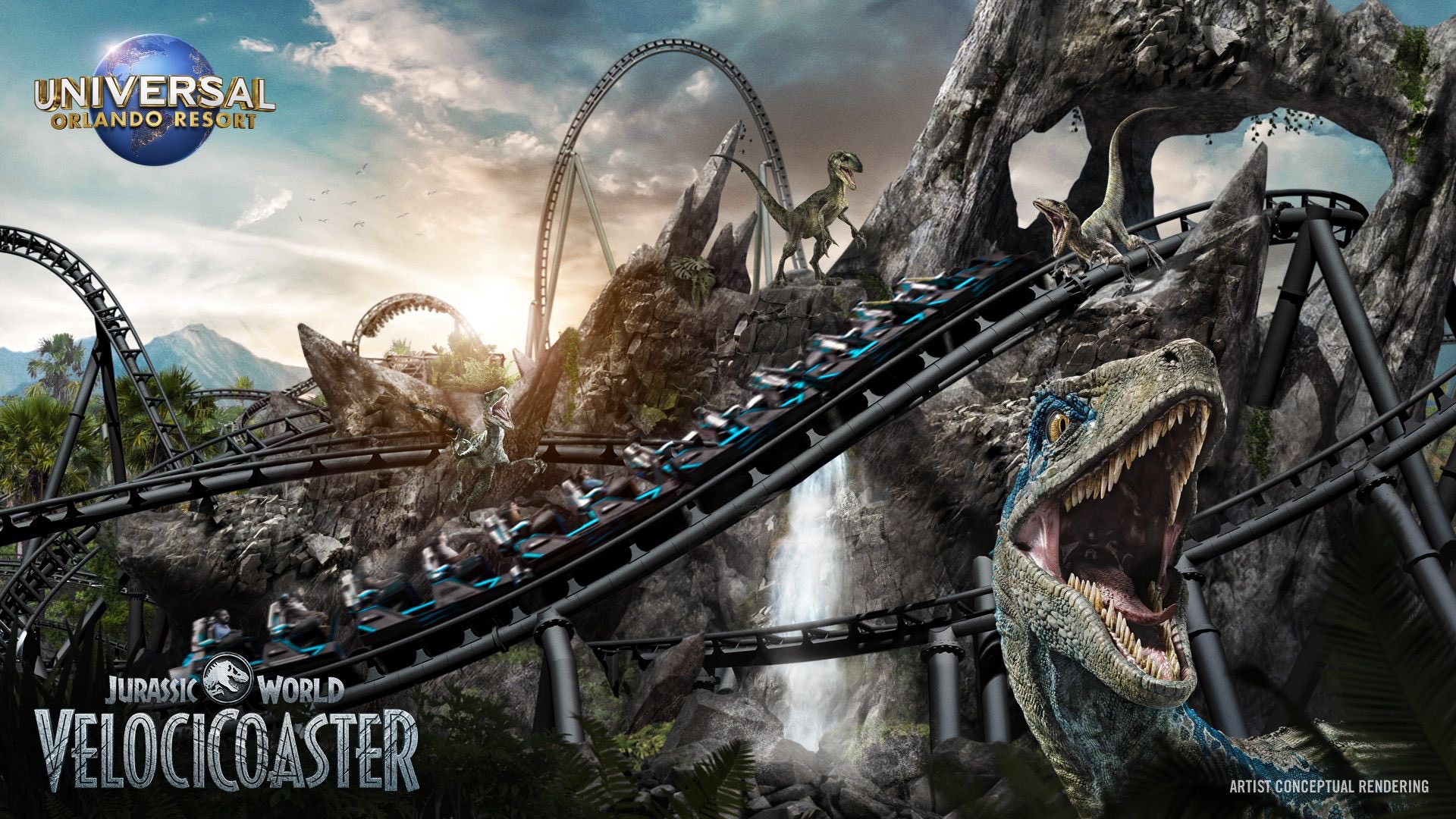 According to Universal Orlando, “Get ready for a new species of roller coaster. Speeding through the jungle, rising high above the terrain, it’s the Jurassic World VelociCoaster. Board your vehicle for a high-speed dash through the park’s raptor paddock. You’ll feel the rush of the hunt as you race alongside these nimble predators, twisting and soaring above the land and water.”

The Jurassic World VelociCoaster will feature 4,700’ of track and two launches, the fastest of which hits 70mph in 2.4 sec. Throughout the course, riders will encounter a 360° barrel roll over lagoon, a 100-foot-tall, first of its kind, inverted stall and a 155’ tall top hat with an 80-degree drop. In total, it will have four inversions.

Are you excited to conquer the VelociCoaster? Let us know in the comments below!

This post will be updated with more information when it becomes available.