Since podcasting got its humbling beginnings in the mid-2000s, there have been a number of podcasts that have focused on theme parks and roller coasters. However, there’s just one “Original” Theme Park Podcast, and that’s CoasterRadio.com. What begun as a 5-man show that was supposedly last one summer in 2005 has evolved into podcast that has produced just shy of 600 episodes over the last 15 years.

A long-time listener of the podcast, I wanted to reach out to Mike Collins and E.B., hosts of CoasterRadio.com to learn a little more about the podcast and the hosts behind it as they celebrated their 15th Anniversary on April 25. Luckily, they agreed to an interview, which we’re going to break into three parts (because there was so much discussed!)

In case you missed part one, you can find it here!

Coaster101: I’ve got CoasterRadio partly to thank for my time at Coaster101. I found that same creative outlet that you guys have because I’ve always loved writing, I’ve always love theme parks, so I found a way to do it. Listening you guys early on, talking about theme parks, it was cool thinking “there are other people who like theme parks and here is another medium in which to consume them.”

Mike: Talking about the 15th anniversary of the podcast, that’s something that we have really liked about the show is knowing listeners over that course of 15 years. We have listeners that were high schoolers or in their early 20s and now fifteen years later, and their careers are theme parks.

They’re the strongest enthusiasts and they are in their coaster counts of the six hundred and that sort of thing. It’s like, “Wow! The coaster boys have grown into coaster men!”

EB: Yeah, just knowing people who listened from that first season and they’re still listening today and just have gone on to do such great things or have families of their own. It’s kind of wild when you think about that. 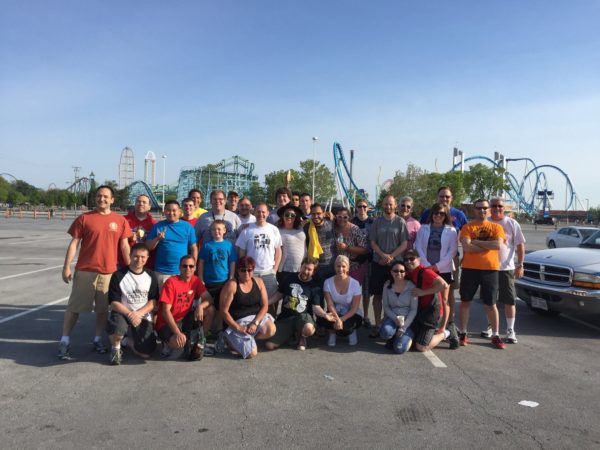 Coaster101: It kind of leads me into my next question. Obviously, the people who have been there since the beginning, how have you guys seen that your audience has evolved over those 15 years?

EB: We’ve grown up with them. I think that’s definitely true. I mean we’re older guys now and I think the audience is growing up with us because we were younger 15 years ago for sure. We do continue to add an audience. I think people have followed from the beginning and we do add new people all the time.

We do a listener survey every year with coasterradio.com. We ask people when did you start listening? And we do still get a lot of people that will say I’ve been listening since season one. A lot of people say, “Oh I started listening in 2010, 2015.” And we have plenty of people that say, “I just found the show in the last year.” People are still finding it and we’re still growing an audience.

We added the daily podcast to a daily news podcast. It’s just three, four minutes long, but it’s also available as a flash briefing or as a news briefing on the smart speakers that sort of thing on Alexa device and that’s brought in a whole new audience. People that maybe don’t even listen to the podcast but want to get the news briefing as a daily which is pretty cool.

Mike: Yeah, and you know something that I think has really helped our show is the fact that other theme park podcasts have been developed since then and the reason I say that is because people listen to our show and then listen to other shows and then they understand what ours is about.

When we first started, we were the only one out there, so people were like, “Wait it’s not this or it’s not this”, so I think now people are like, “Okay when I come to CoasterRadio, I get what those guys are doing, and if I don’t want that, there are 20 other podcasts I can go listen to.” So I think that’s what’s really helped the audience grow and the reason that we have a lot of success with the audience is that the same people come back and kind of know what they’re going to get when they hear us. 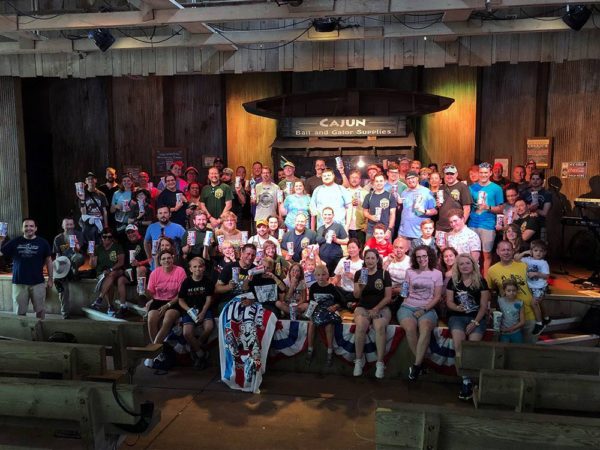 Coaster101: As it relates to the podcast itself, what are some of the most memorable moments from the last 15 years on the podcast?

EB: I think the best of something we started about five or six years ago, now, it has been listener meetup events where we’ve taken the show on the road and invited the listeners to come out to a specific park to hear a recording of the podcast and then spend the day with fellow listeners and with me and Mike. And we typically get the parks involved pretty well with that.

So we try to get some sort of behind the scenes tour or some sort of ERT. Maybe we get to take over a midway game and actually play for some pretty cool prizes. Maybe do a scavenger hunt. We do ride takeovers. We’ll all get together, record a podcast and have a big meal. That sort of thing. So that’s been the coolest recent development over the past several years of the show is doing these listeners meet of events.

Of course, looks like our 2020 listener meet up events might not be happening. But that means the next one will probably just be that much better. 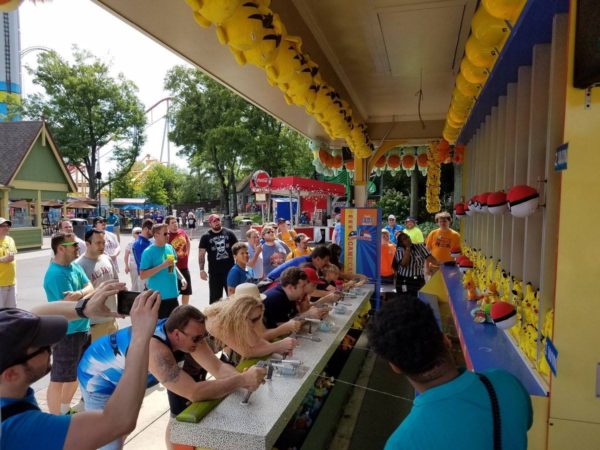 Mike: For me, the thing that I love most about these past 15 years, of course, the meetups have been fantastic, but just the chance to get to talk to people who actually create the rides that we all enjoy.

It’s amazing just going back to our first season when we got to talk to Joe Rohde, the Imagineer who did Animal Kingdom and Expedition Everest and so many other things, Will Koch from Holiday World who isn’t with us anymore, but it’s great to go back and listen to that interview and just hear his excitement about that place.

We even talked about it this week, We interviewed Doug Trumbull who is the Hollywood director who did the Back to the Future ride film and to hear him talk about Back to the Future. One of the neatest things was when he was telling us, “Oh, well, I’ve got the DeLorean sitting on my desk right now, the model that we used in the ride, sitting right here. I’m looking at it.”

Stuff like that is so cool to hear and I like that just as a fan myself, it’s so great to be able to talk to those people but also to get to talk to them in an expanded form that you might not get to hear anywhere else if they were on some other TV show or radio show you might hear them for five minutes, but in a podcast, you can hear them for 30 or 45 minutes talk about their passions.

EB: Well, and we’re not talking we’re not hearing them talk. We are actually having the conversation. That’s the stuff of the special thing about listening to a podcast versus actually having your own podcast for sure. 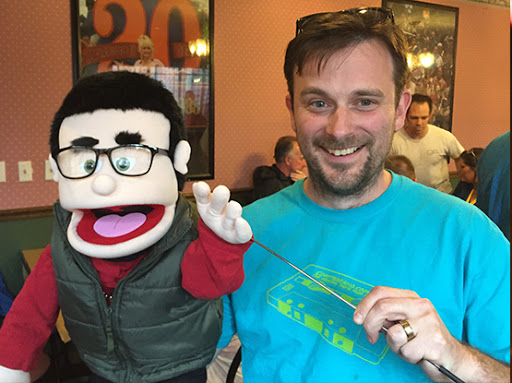 Coaster101: Do you have a favorite character that either you or Mike have done over the last 15 years?

EB: Coaster Boy was always an early favorite right? Coaster Boy came about I think in the very first couple of episodes is what Coaster Boy emerged and there’s a true story behind Coaster Boy. It’s an amalgam. I mean, it’s a specific person perhaps but it’s more of an amalgam of that jerk better than you, knows more about theme parks and roller coasters and you’re not worthy of talking about theme parks and roller coasters kind of a character. He always talks down on you because you don’t know what you’re talking about. We all know that kind of person.

Coaster Boy is great but I feel like 15 years that have past, we’ve kind of been the loudest voice in the room saying to cut out that kind of talk and cut out that kind of behavior and I feel like 15 years have passed and it’s the community has gotten a little nicer. There’s still plenty of Coaster Boys out there, but I feel like maybe we’ve done something in the community to kind of tamp that down a little bit. I hope that we can take maybe a little bit of credit for that or at least we were riding that wave if it existed at all. Coaster Boy is just so great. I love the Coaster Boy.