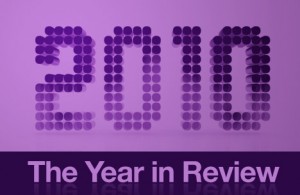 2010 was a great year for us here at Coaster101. From  attending our very first media day event to the record number of interview features,  it was a groundbreaking year.  2011 should be even better! Here are some of the highlights of 2010 here at Coaster101:

We also had some great trip reports with lots of pictures:

Not everything that happened in 2010 was a highlight. The low point of the year was learning about the sudden and tragic death of industry leader Will Koch. The news was especially shocking to me since I had just seen him in person at Holiday World two days earlier. Will was an innovator, the Walt Disney of our time and he will be greatly missed.

The highlight of the year for me personally was getting to attend Sky Rocket’s media day at Kennywood.  The new launched coaster is my pick for best new ride of 2010, followed closely by Wildebeest at Holiday World. Shoot the Rapids at Cedar Point should have been our first media day coverage but there were several issues with the ride that pushed the opening back several times and a true media day never transpired. I never did get to ride it. My only visit to Cedar Point was in October and that would have been one cold ride!

I only made it out to three parks last year (Holiday World, Kennywood, Cedar Point) which was a big disappointment. Next year I am determined to visit more parks. My ideal list of parks I will visit this year and why (listed from most likely to least likely) are:

We hope to keep things going from 2010 and make improvements to have an even better 2011. Some goals for Coaster101 this year include:

What would you like to see more of  from Coaster101 in 2011? Please comment suggestions below! Happy New Year!