Now, more than ever, people are turning to YouTube to get their theme park fix. However, if you’ve somehow made it through all of the United States roller coaster videos and vlogs, you’ll need another location to frequent. Enter Shawn Sanbrooke of Theme Park Worldwide, who has been covering parks across the United Kingdom (and Europe) since 2008 (and 2012 as Theme Park Worldwide.) 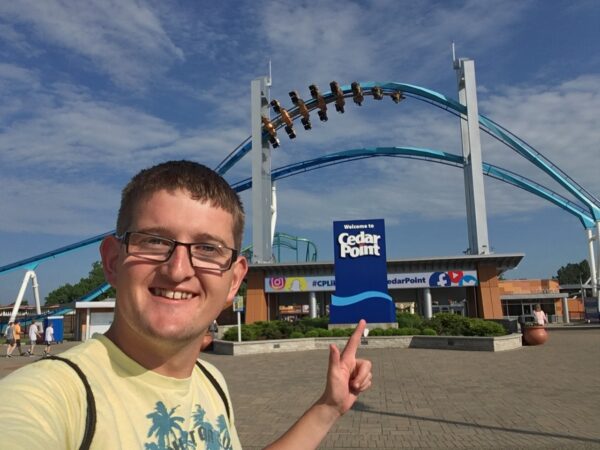 I “met” Shawn for the first time at IAAPA last year (though Coaster101 and Shawn have a small bit of history – more on that later!) , and wanted to learn more about the man behind the channel! Thankfully, Shawn was more than gracious with his time!

C101: For someone who’s never seen your channel or watched any of your videos, who are you and what do you do?

Shawn Sanbrooke: I’m Shawn Sanbrooke, a theme park enthusiast from the United Kingdom. I’ve always had an interest in theme parks since a young age and in 2008 I started with a YouTube channel called Sanbrooke Productiions. As the year’s went on, I decided to change the overall feel of the channel and start fresh in 2012. This is when I created Theme Park Worldwide, a YouTube channel and social media brand that has since grown to a following of over 215,000 subscribers on YouTube. Now I travel to theme parks all across the world visiting  theme parks and filming videos for the channel. It’s something I love doing and I’m always looking at new places to visit and new attractions to experience!

C101: How did you first become interested in roller coasters and the amusement industry?

SS: From a very young age my parents had always taken me to theme parks and leisure attractions. My mum worked at our local theme park, Alton Towers, meaning that we visited most weekends when I was young. This meant that I fell in love with theme parks early and they soon started taking me to more theme parks in the UK. as I became a little older, my parents took me to Disneyland Paris and PortAventura, these two parks made me want to visit more theme parks around the world. Throughout my teens I started to visit more parks followed by a trip to the USA in 2014 for the first time. I’ve since visited theme parks all across the UK, Europe, USA and Asia!

C101: When and why did you decide to start a YouTube Channel?

SS: As mentioned, my original channel was called Sanbrooke Productions and that was started in 2008 as a way of sharing my various theme park trips in the UK. I wanted to keep people up to date on the latest UK theme park news, mainly from Alton Towers. In 2012 I launched Theme Park Worldwide and it very quickly started to grow, allowing me to cover more UK and European theme parks. By 2014 I was able to visit the USA for the first time and that further made me want to travel to more theme parks in both the USA and across the world! 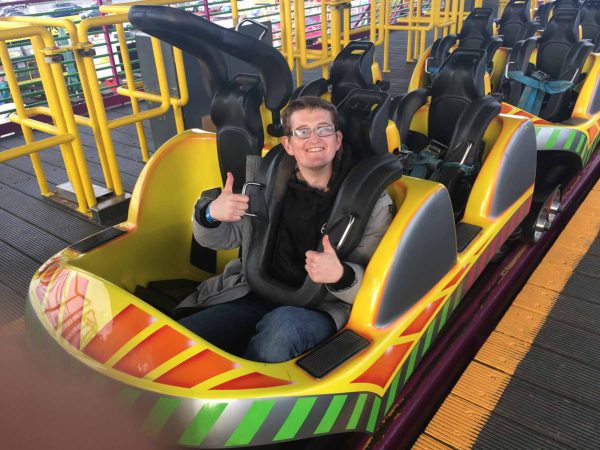 C101: What do you think sets you apart from other YouTube Channels?

SS: I like to think that everything on Theme Park Worldwide is very natural. I like to keep editing to a minimal and show the real theme park experience that we have. Our vlogs showcase a full day at a theme park instead of showing just one attraction or show. Showing the full experience is something I’ve always had a passion for and for me roller coasters are just one small part of my overall enjoyment of a theme park.

SS: The channel is indeed approaching a huge milestone and we had various different trips planned to celebrate this. Unfortunately due to the current global pandemic, our original plans will have to change however that doesn’t mean we won’t be celebrating in style. We’ll be having a special LIVE stream shortly after we hit that huge milestone to celebrate! I’d like to say a huge thank you to everyone who watches Theme Park Worldwide and for all those who support the channel on a regular basis!

SS: I regularly look back through many of the videos on the channel, however the content we filmed on our Asia trip in 2017 is some of my favourite on the channel. I hope to return to Asia at some point in the future to re-visit some of those parks along with trying our many different ones! I also loved seeing a completely different culture compared to what I am used to. I always watch back the older vlogs on the channel, as it’s great to see how the parks have changed and developed.

C101: You’ve recently announced your “Best of Great Britain” series. Can you tell us a little bit more about that?

SS: Our plan is to cover as many theme parks and leisure attractions all throughout the UK in 2020. Originally this was going to start in March however due to the global pandemic, this will have to be pushed back until later in the year. This will include visiting as many theme parks in the UK as possible and filming a variety of different videos from them!

SS: I always like to keep the costs low for our theme park trips. The key thing is to always keep your eyes peeled for the best deals. I regularly look on a variety of different websites, searching for the cheapest and best value deals possible. I usually book things individually instead of through a package to save on costs. I also save rewards points, look out for voucher codes and search for the best times to visit certain countries all the keep the trips as affordable as possible. My advice to anyone out there is to not book everything straight away and search for the cheapest offers! 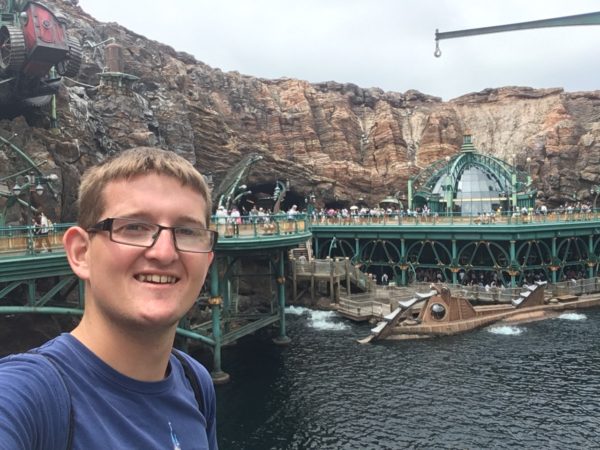 C101: What kind of equipment do you use to film and edit your videos?

SS: I have a variety of different cameras, however my main camcorder is a Sony AX53. I use that for most of my vlogs and home filmed videos, it’s got a fantastic zoom along with built in stabilisation which is great for visiting the parks! I also use a Go Pro Hero 8 Black for filming my on ride POV’s along with some of the other content you can find on the channel. I edit my videos in a program called Sony Vegas, it’s something I’ve used for years and I’m used to.

C101: What are you looking forward to most in 2020– for the industry, coasters, for your channel, etc?

SS: There’s so much going on across the world at the moment, especially with Coronavirus, so unfortunately we’re unsure exactly how many places we’ll be able to visit this year compared to normal. However, I’m very excited to just be able to visit the theme parks we love again whenever it is safe to do so. Alton Towers, Blackpool Pleasure Beach and many other parks are ones that we visit on a very regular basis, and I look forward to the day we can step back inside them! I’m also looking forward to travelling abroad again at some point in the future, whenever it’s safe to do so!

Hey @ThemeParkWW, our apologies for our writers accidentally photobombing your Cedar Point Day 2 vlog on the train. ?? pic.twitter.com/WYXRgoKAeT

C101: How did it make you feel when the C101 Team Photo-bombed your video from CoasterMania 2018?

SS: I’m always up for a laugh and it was great to see you all! My first trip to Cedar Point was a very special experience as it was a park I wanted to visit so much when I was a kid. The great thing about that trip was meeting so many people and other theme park enthusiasts. It’s always great to meet new people who are interested in the same thing as you! 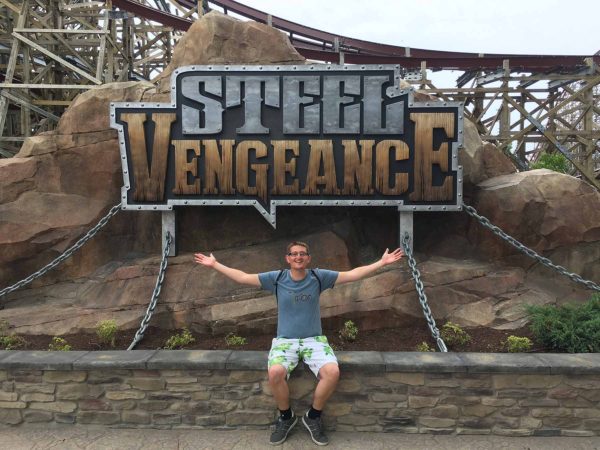 C101: The last question we ask everyone. What’s your favorite roller coaster? Any park, anywhere in the world.

SS:My favourite roller coaster is Steel Vengeance at Cedar Point. When I first experienced it, I was blown away with just how much air-time there was. For me, air-time is my favourite part of a roller coaster and Steel Vengeance is perfect for this with more than any other roller coaster in the world. The inversions and near misses also make this ride absolutely incredible from beginning to end!. The overall experience is also amazing, from watching the coaster in action from the queue-line to the incredible views across the lake.

Thanks again to Shawn for his time. Be sure to check out his YouTube Channel at Theme Park Worldwide, and follow him on Twitter/Instagram!