On a bright Saturday morning in early December 2017, the Children’s Museum of Memphis celebrated the rebirth of the 1923 (or 1909 by some accounts) Dentzel Grand Carousel. The ornate attraction operated for many years at Libertyland until the amusement park closed in 2005. After 12 years and an extensive restoration, it’s spinning once again. 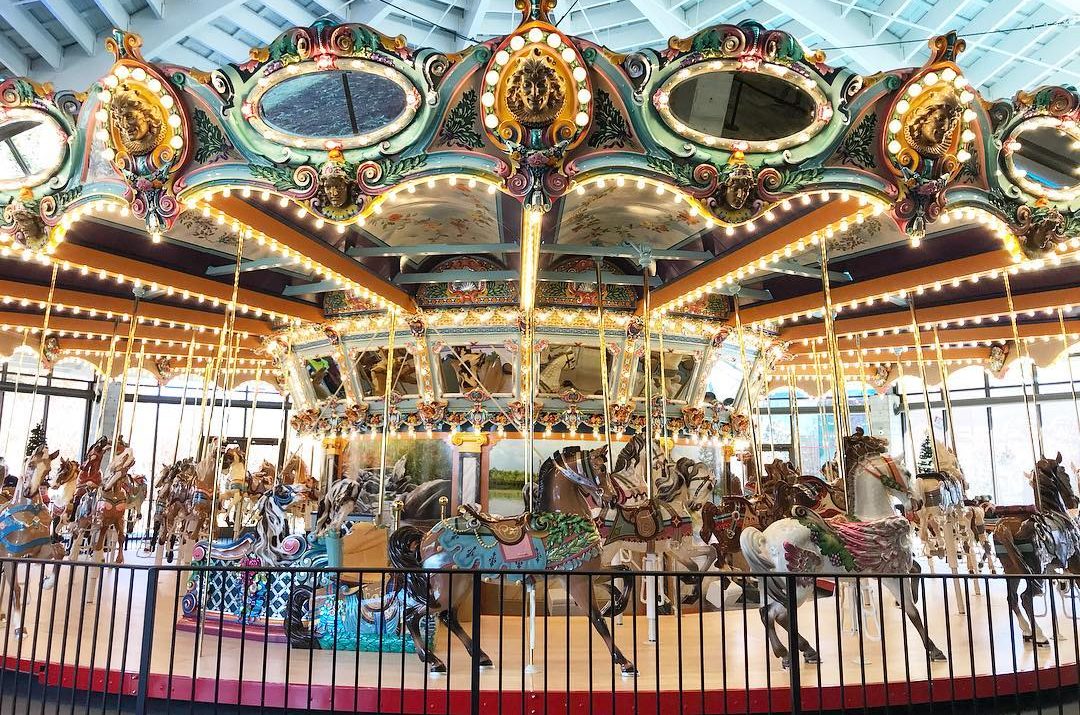 But before we look at the Grand Carousel in its new home, let me give you a brief history lesson: 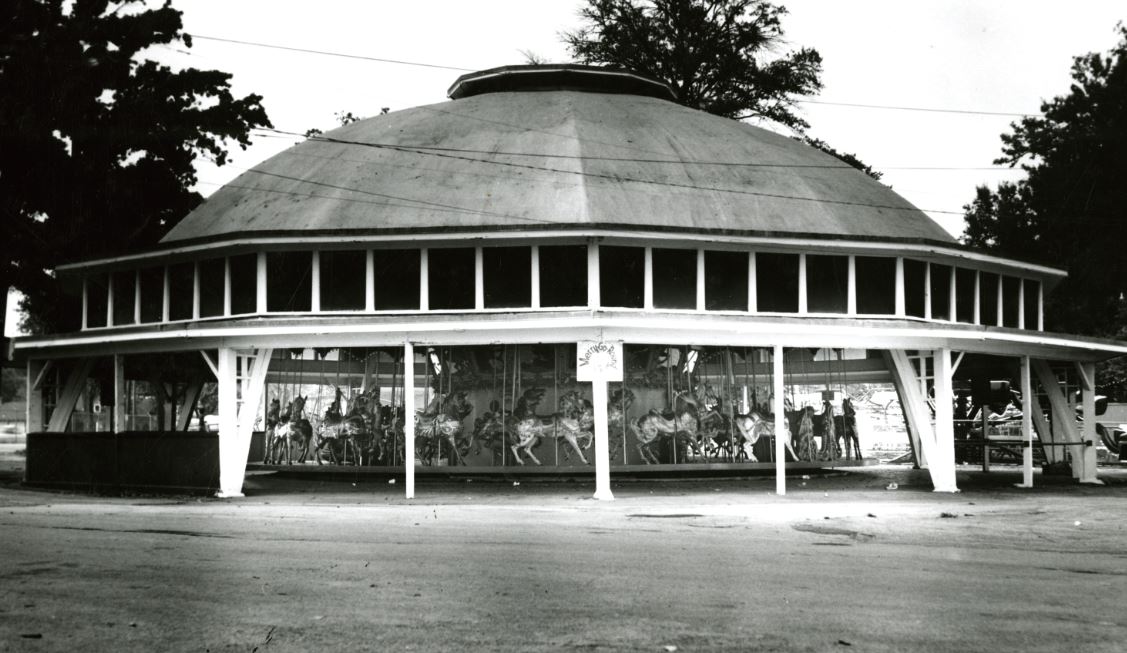 While its exact origins are disputed, the Grand Carousel undoubtedly opened in 1923 at what is now known as the Mid-South Fairgrounds in Memphis, Tennessee, formerly home to Libertyland. 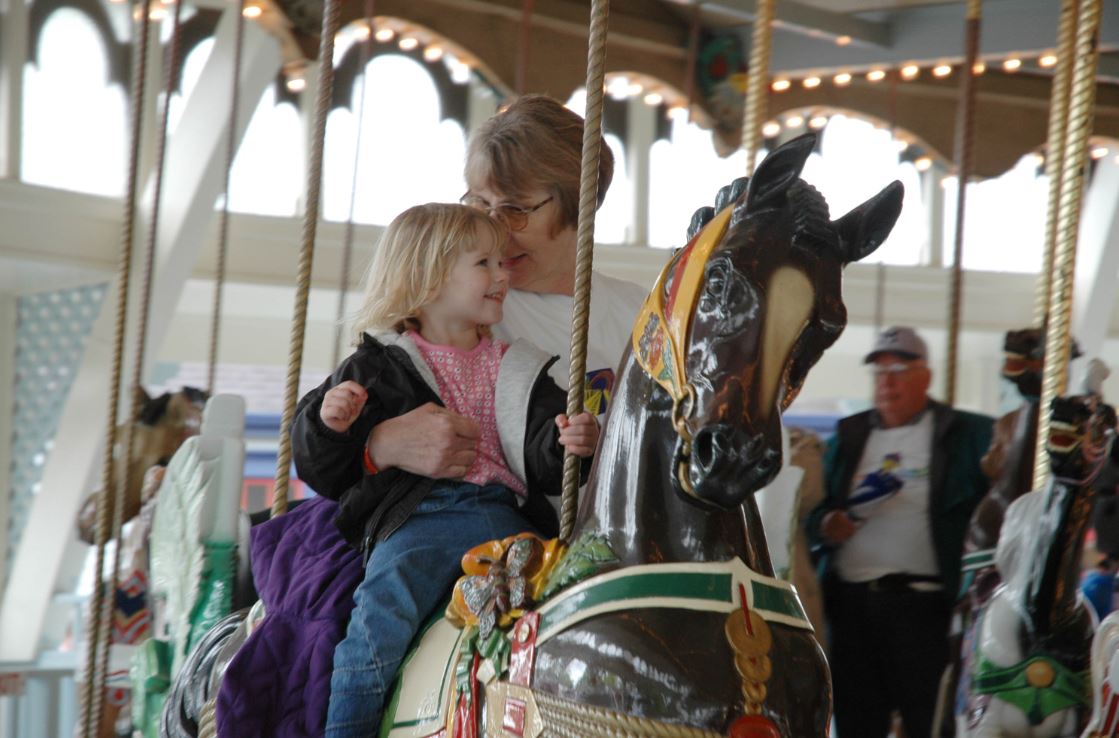 The carousel operated as part of the “Fairgrounds Amusement Park,” which was closed and razed in the early 1970s to make room for Libertyland, which opened in 1976. The carousel was moved about 60 feet from its original site to accommodate the new park’s miniature train.

Over the years, the carousel received numerous restorations — some more complex than others — many of those thanks to the tireless efforts of volunteers. 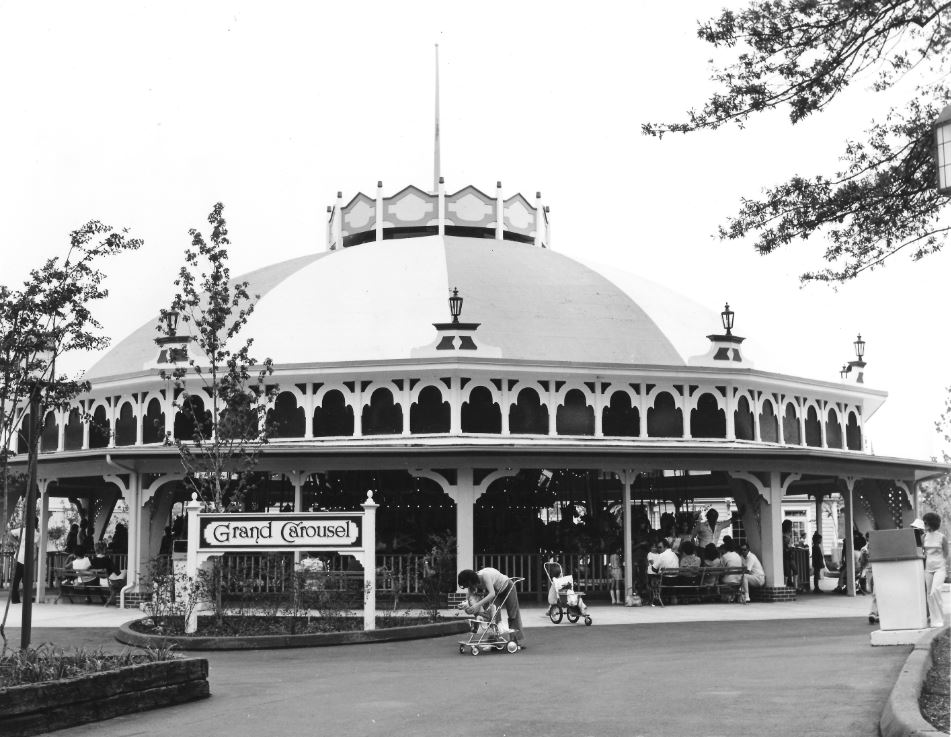 When Libertyland closed in 2005, the carousel’s future was left uncertain. After local activists discovered that the City of Memphis owned the carousel and not Libertyland’s operators (the carousel was purchased by the Memphis Park Commission in 1923), the ride was spared from the auction block. 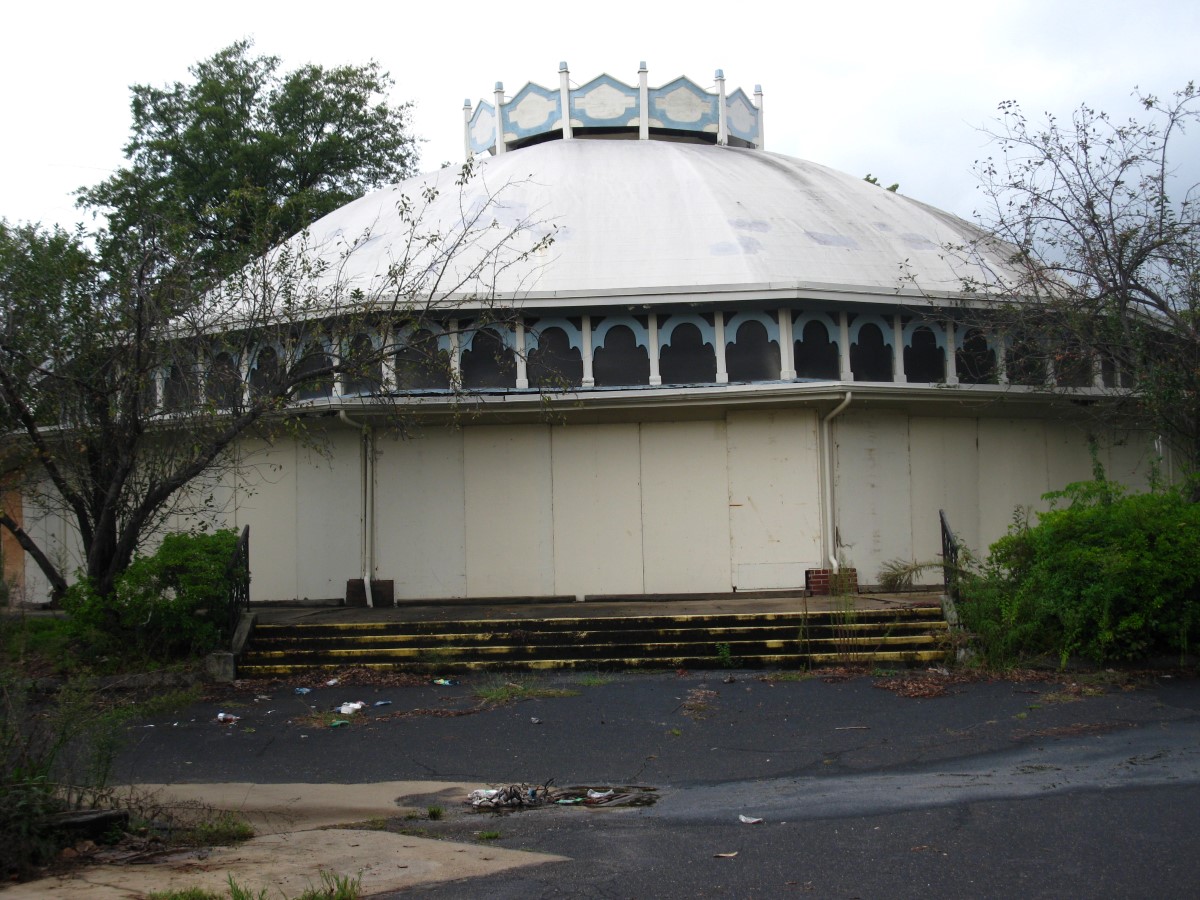 After four years of sitting dormant inside the abandoned amusement park, the carousel was carefully dismantled in 2009 and stored inside the nearby, unused Coliseum arena.

In 2014, the Children’s Museum of Memphis, located on the Mid-South Fairgrounds not far from the carousel’s original home, was given a 25-year lease on the carousel by the City of Memphis.

The Grand Carousel was then removed from storage and was sent to Carousels and Carvings in Marion, Ohio, for a two-year, $1 million restoration. 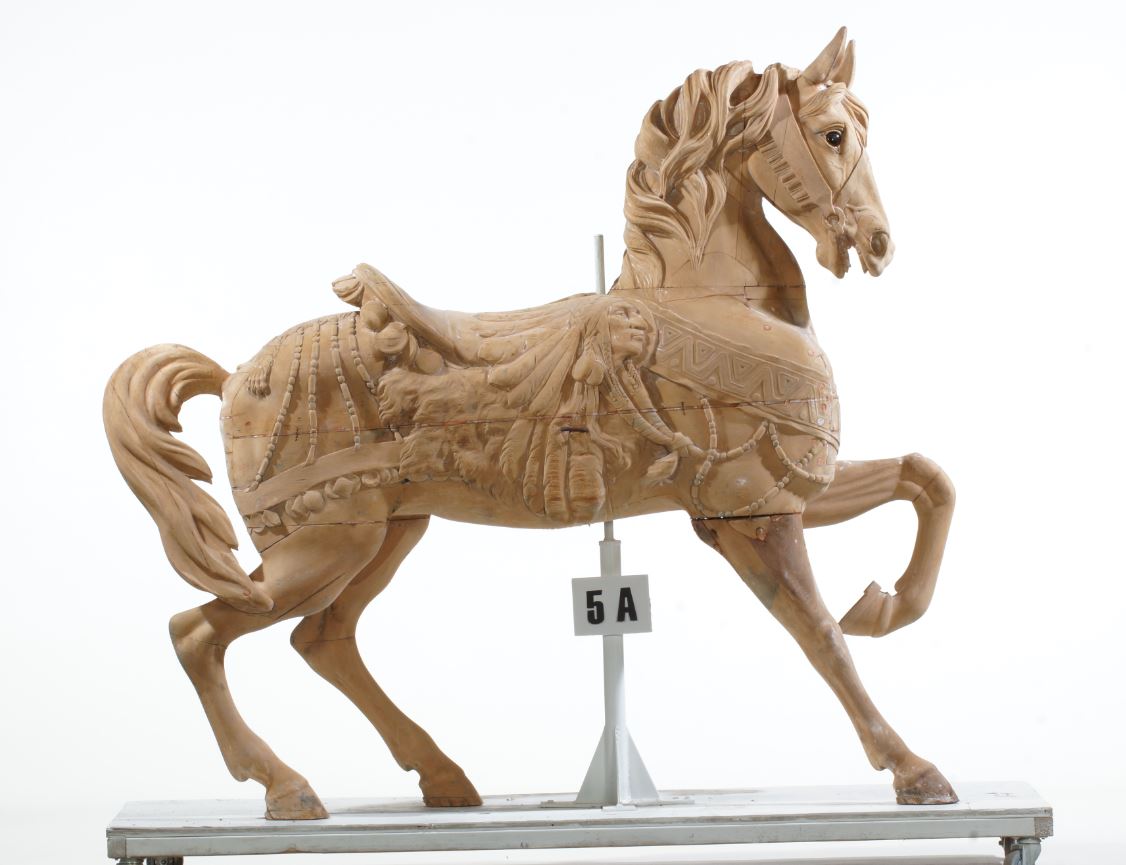 The ornate wooden horses were stripped of their paint, sanded and repainted with their original color schemes. Every piece of the carousel was touched by the restoration.

Meanwhile, the Children’s Museum of Memphis constructed a $4.5 million pavilion to house the carousel.

On Saturday, Dec. 2, 2017, the museum held a grand opening ceremony, with past and present Memphis mayors, city officials and museum stakeholders in attendance. 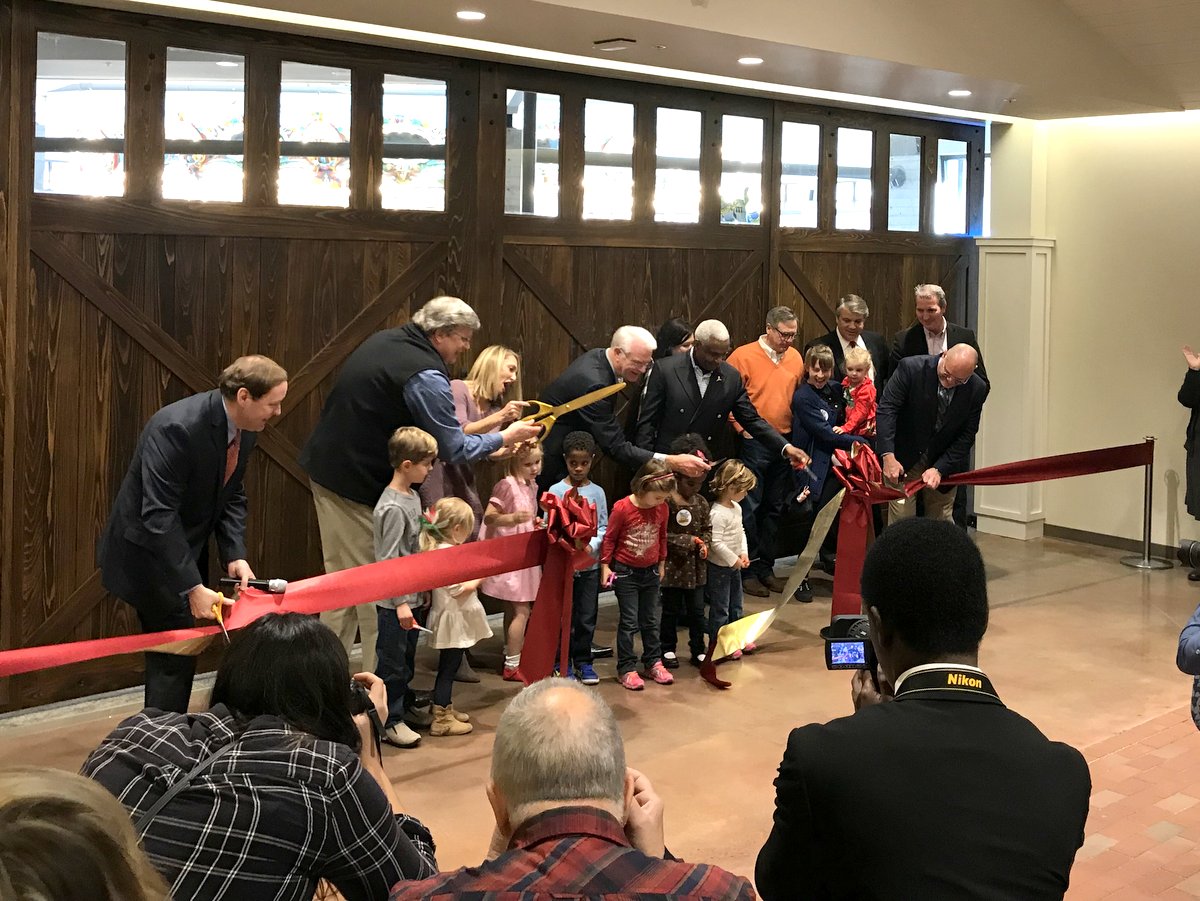 Helping cut the ribbon were some youngsters who unfortunately never saw the carousel in its former home. But fortunately, they’ll be able to experience it in such pristine condition. 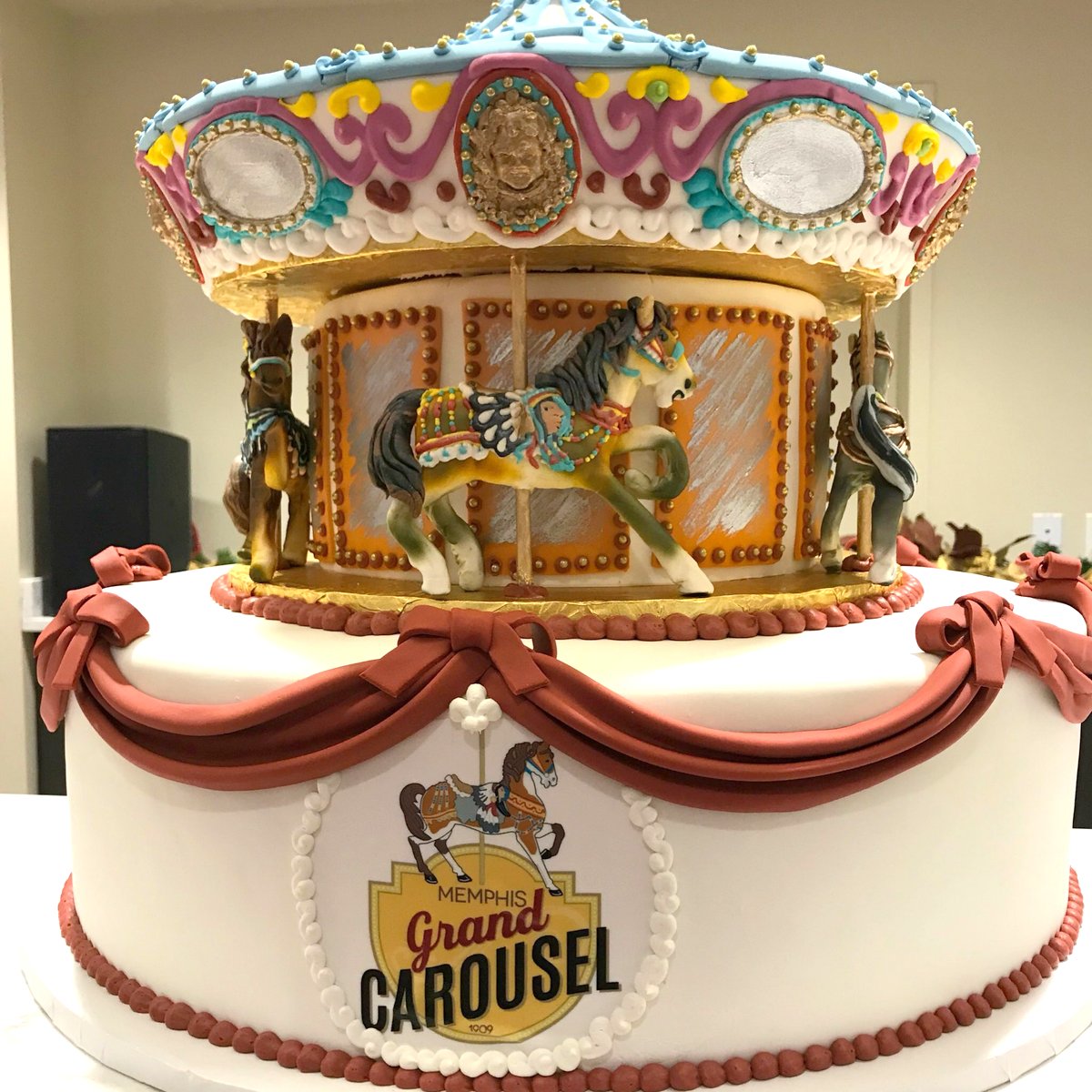 Also at the ceremony was this equally elaborate carousel cake, which probably took just as long as the carousel’s restoration.

After the ribbon was cut, the first public riders hopped on the 48 horses and two sleighs:

Libertyland’s Grand Carousel spins again! ??? Many, many thanks to everyone who made this happen! #ilovememphis #choose901 pic.twitter.com/nMIakKZE1j

Seeing the carousel whirl again with the classic organ music radiating through the pavilion was a bit emotional for those in the room who grew up with the ride (myself included). 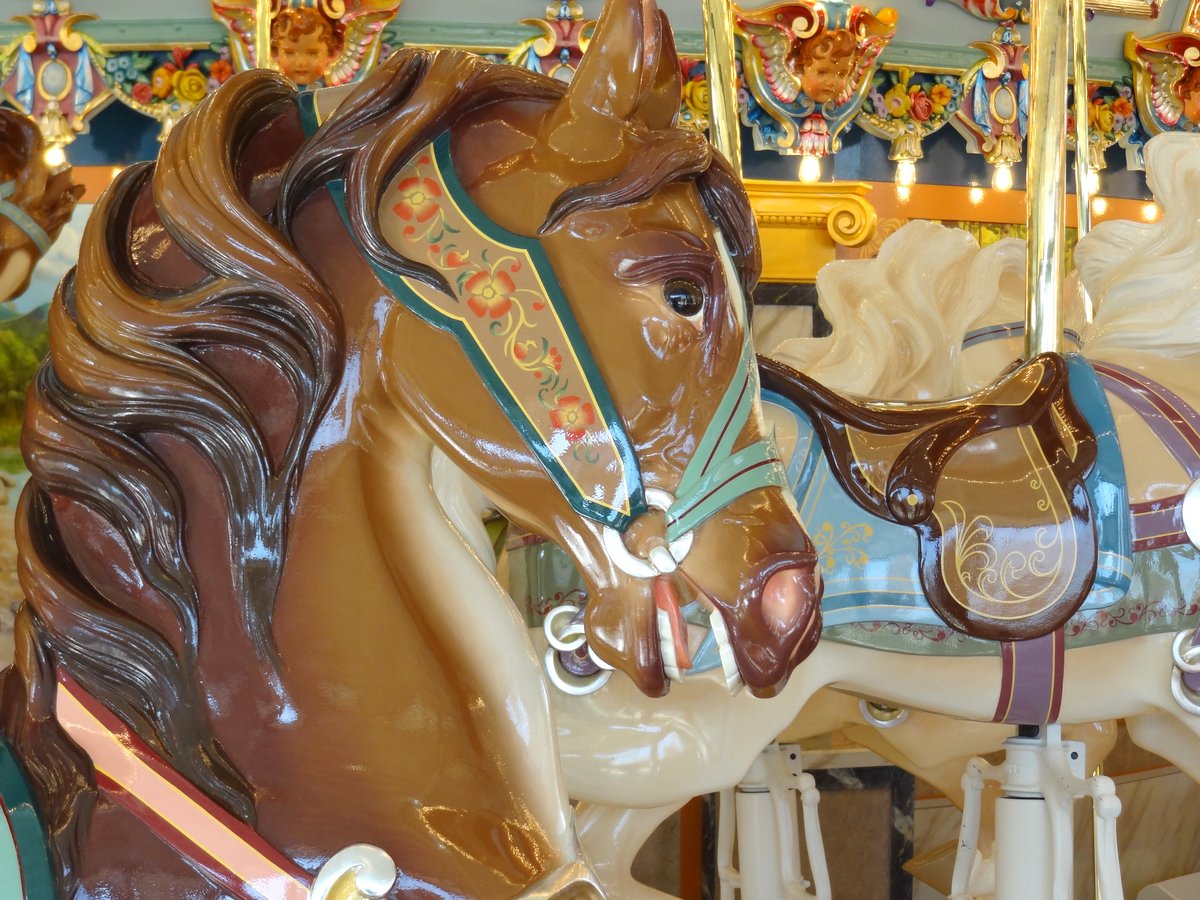 I don’t consider myself a carousel enthusiast, but I spent almost an hour inside the pavilion admiring what a true work of art it is. 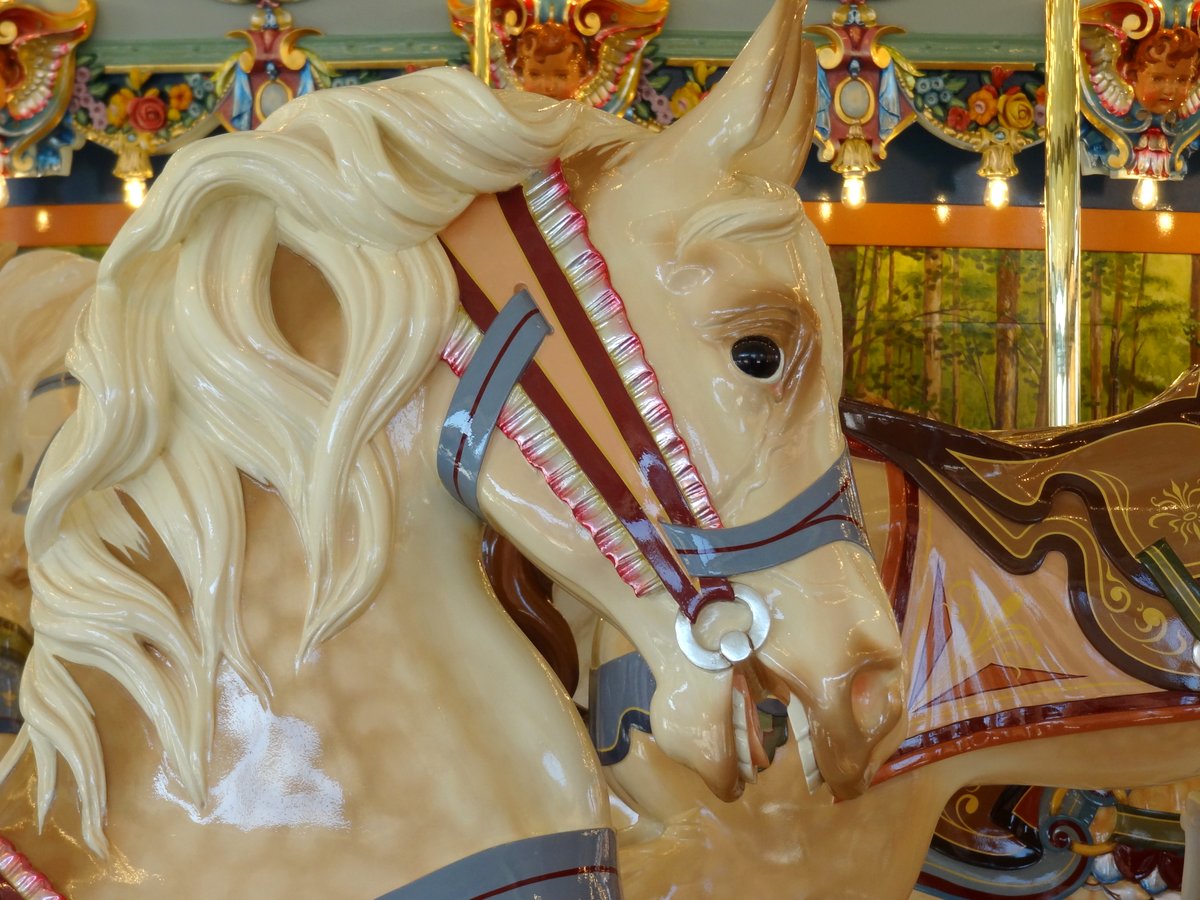 I’m not sure a carousel of this caliber can be made from scratch today. The Dentzel Carousel Company was sold to Philadelphia Toboggan Company in 1928, and I’m not aware of any carousel manufacturers nearly as prestigious (please correct me in the comments section if I’m mistaken). 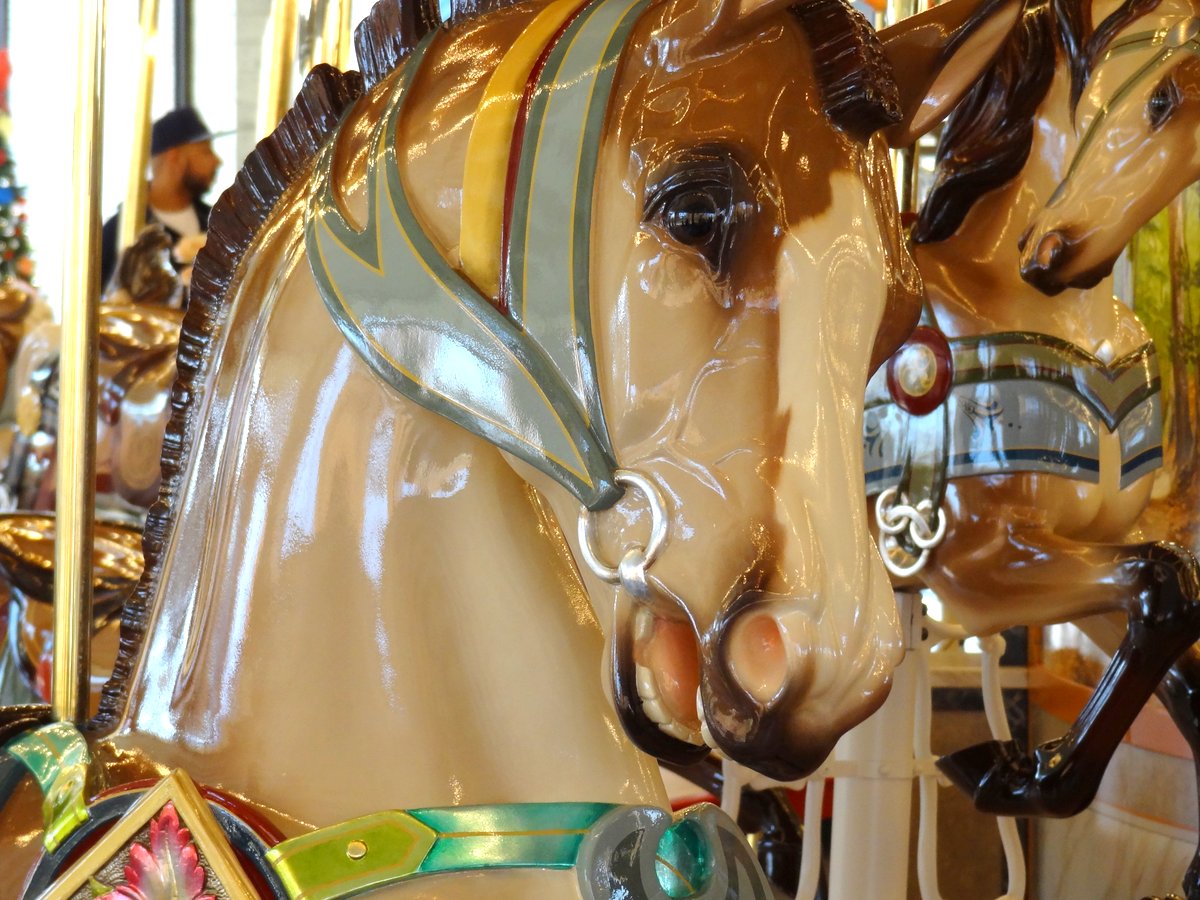 But if this was my first time seeing the carousel, I would think it was brand new — it glistens from top to bottom. 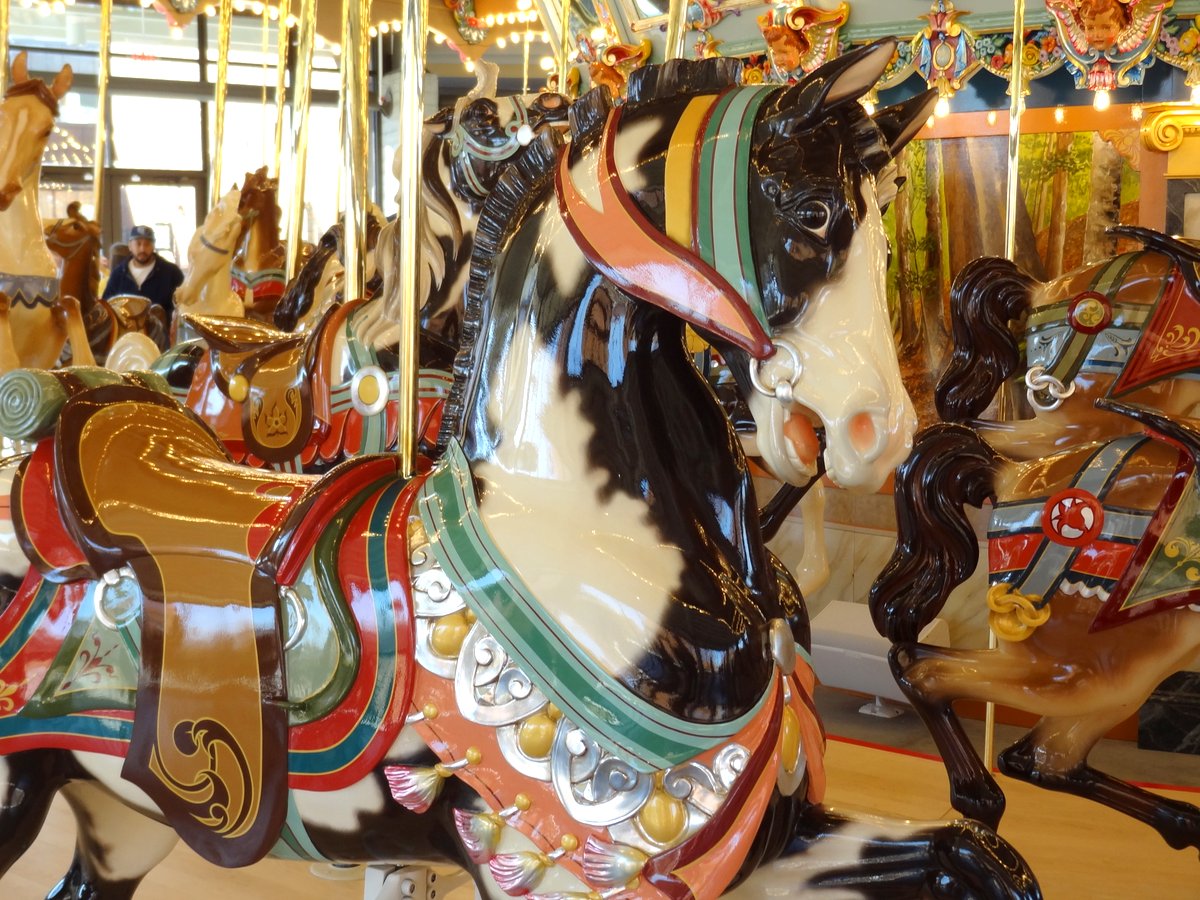 To think that these horses were handcrafted in the early 1900s and have entertained guests for nearly a century is mind-boggling. 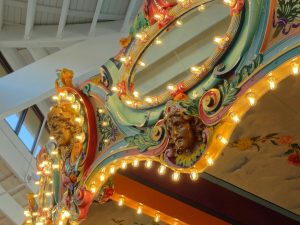 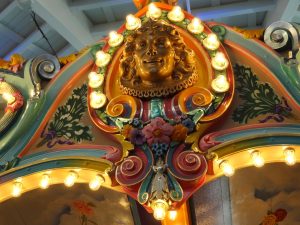 The carousel’s rounding board (the panels that encircle the top of the carousel) is just as ornate as the horses below it. 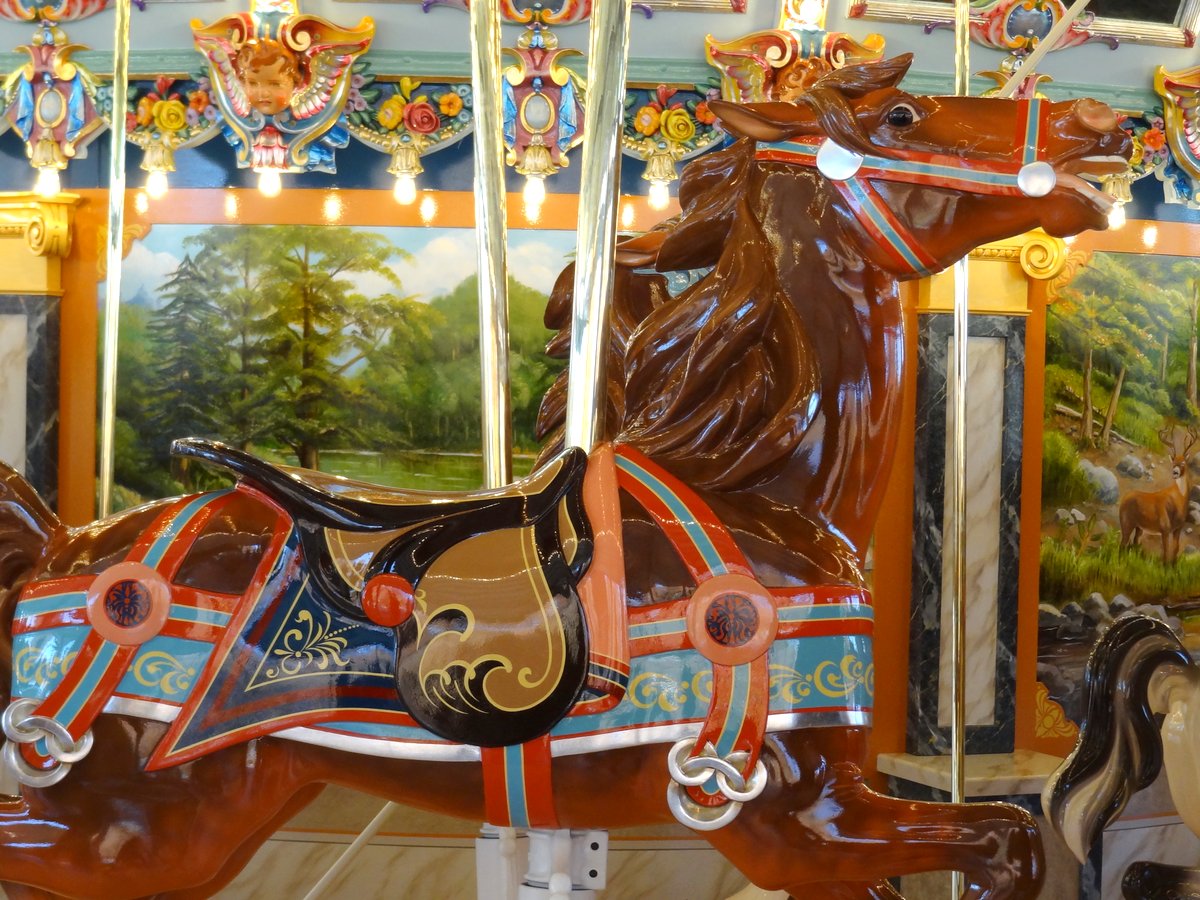 Individuals and groups who donated significant amounts to the restoration were able to “adopt” some of the 48 horses in honor of friends and loved ones with emotional connections to the carousel. 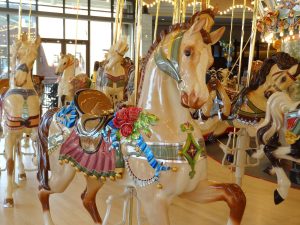 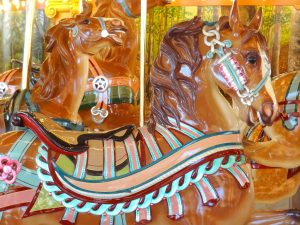 The carousel will eventually need to be relisted on the National Register of Historic Places, as it lost its status when it was disassembled and moved. I’m hopeful that we’ll be able to learn about its true origins after more thorough research. 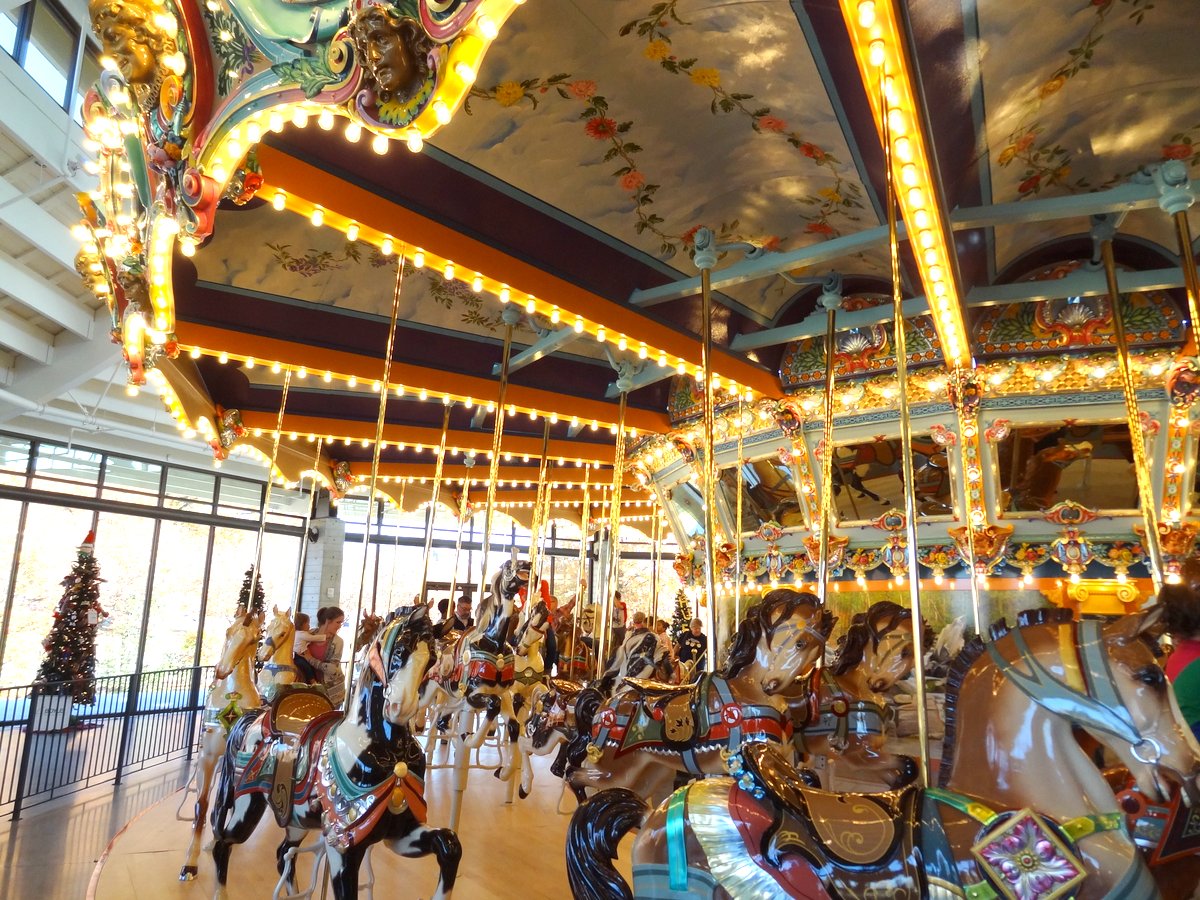 My thanks go out to all who helped revive this work of art for future generations to enjoy — from Carousels & Carvings to the people who donated to the restoration and pavilion and everyone in between.

To help the Children’s Museum of Memphis recoup the costs of the pavilion that houses the Grand Carousel, donate to the fund here.

And to learn more about the carousel and the Libertyland amusement park it called home for nearly 30 years, buy a signed copy of Libertyland: Images of Modern America (written by yours truly!).