Holiday World’s late president Will Koch reviewed more than 200 suggestions from roller coaster enthusiasts in the late 1990s during the design phase of the park’s now iconic Legend wooden coaster. In fact, he posted initial design plans for the coaster online and asked for that feedback. 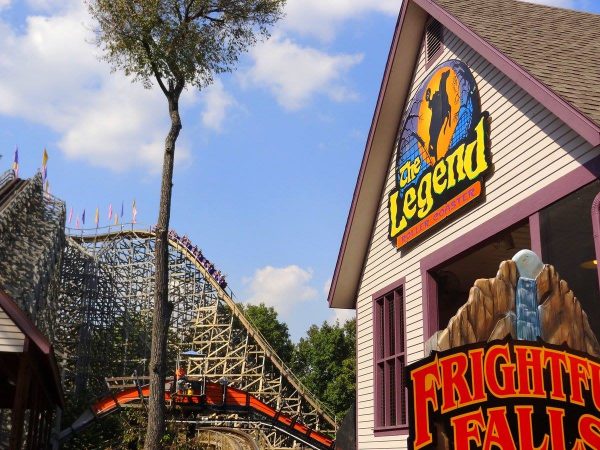 While his plans were not carried out in his lifetime, Holiday World finally followed through with his dreams for the coaster this year for the park’s 70th anniversary season.

For the special 2016 season, Holiday World invested in TLC for each of its three wooden coasters, but Legend received the most attention.

In January, the Koch sisters outlined plans for Legend as well as Raven and Voyage. If you need a refresher, watch the video below:

I visited Holiday World over the weekend for the park’s Happy Halloween Weekends kickoff, but I was most excited to ride the reinvigorated Legend. I rode it for the first time last August, so the “original” version was still fresh in my memory. 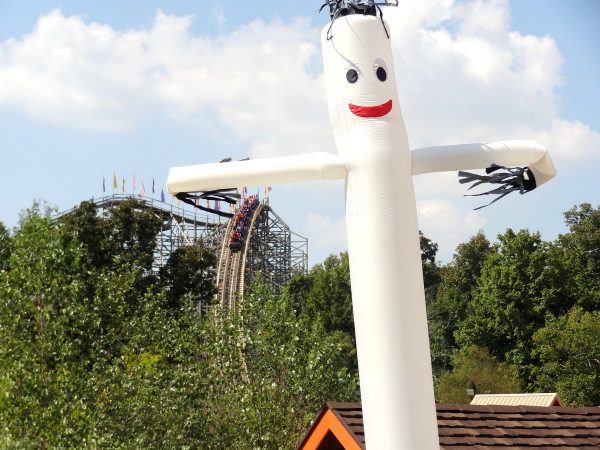 Built by the now defunct Custom Coasters International, Legend’s fast-paced layout resulted in some wear and tear over its 16 years of operation. It needed the attention, at least in a few spots. 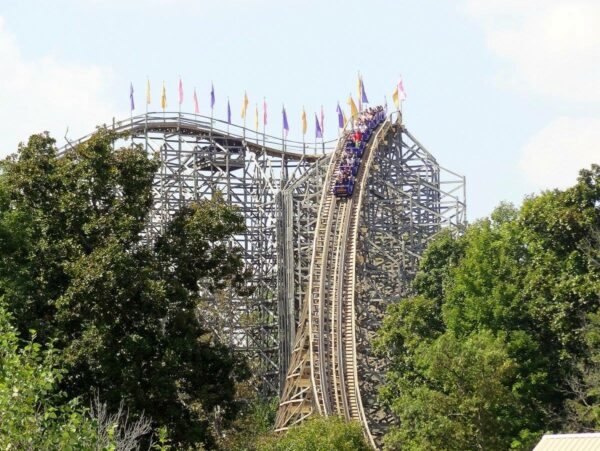 To smooth and enhance — while maintaining the classic wooden coaster experience — the park worked with wooden coaster designer Great Coasters International to perform the work. 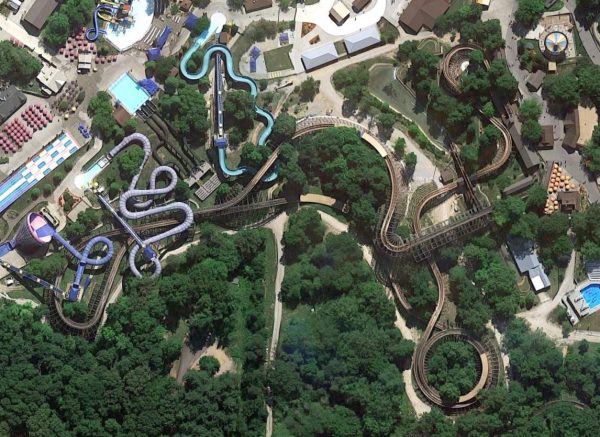 If you’ve never ridden it, Legend’s 4,042 feet of track stretch along the outskirts of the theme park’s Splashin’ Safari water park. The track even passes over and under some of the water park’s slides. 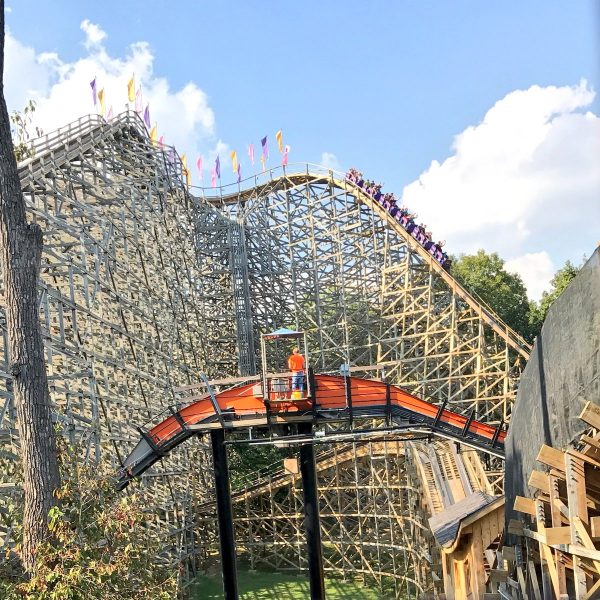 The nearly 100-foot-tall lift has remained untouched, but the coaster’s sweeping 113 foot drop is where the upgrades begin to shine. The drop is smooth as glass, especially when compared to the original. 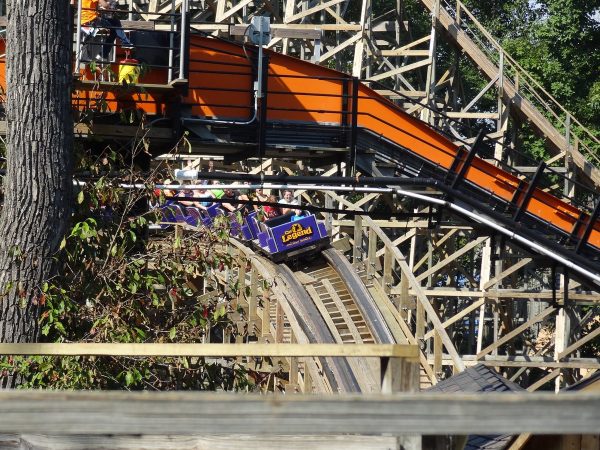 The coaster is rather difficult to photograph, as it spends a majority of its time racing through the trees and terrain.

Throughout its course, Legend crosses over and under itself and other attractions, such as the park’s log flume. Its tunnels provide numerous head-chopping moments, well suited for a ride inspired by the Headless Horseman. The enhancements also included the addition of a new tunnel (which the train is preparing to enter in the above photo).

Aside from the smoother ride, Legend’s most noticeable new feature is the double-down that precedes the double helix: 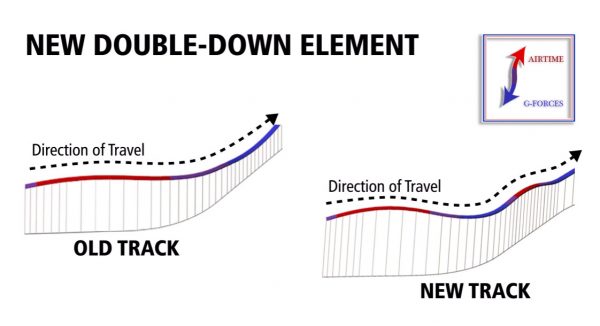 It provides a glorious amount of airtime that was missing in my 2015 ride.

The ride isn’t smooth from start to finish — the transitions between the old and new track are noticeable. But if they weren’t, that would mean that a refurbishment wasn’t needed in the first place. 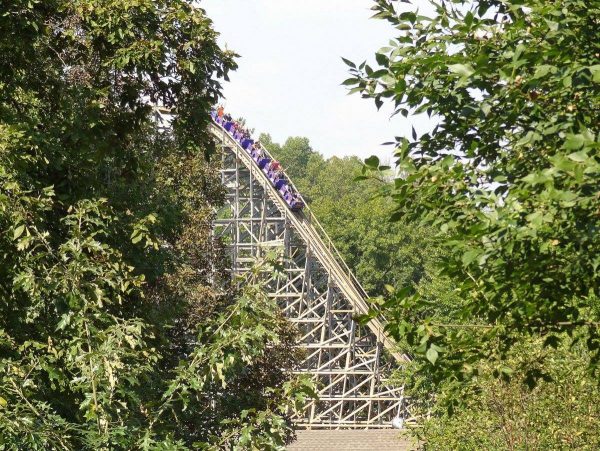 While the old sections of track are slightly jarring, I think the new track was added in the parts of the layout that needed it the most. 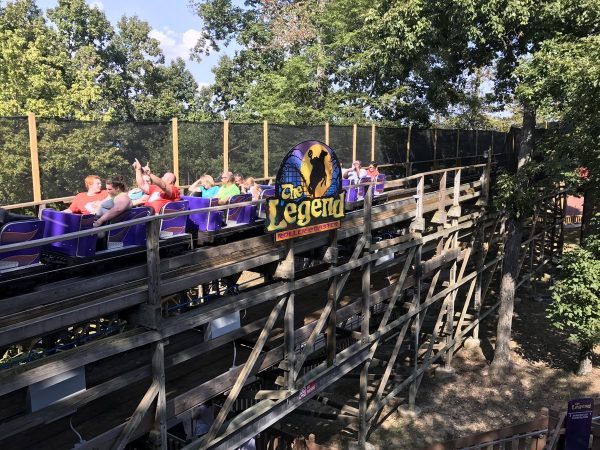 One of my favorite features of any roller coaster ride is a strong finish. And the Legend’s speed as it enters the brake run is fast and furious. No energy is wasted. The coaster is unrelenting from the first drop to the last turn.

And that’s one of the many reasons it’s a classic. 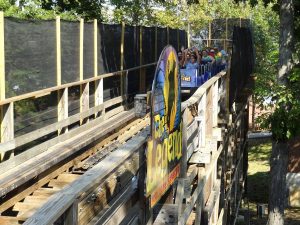 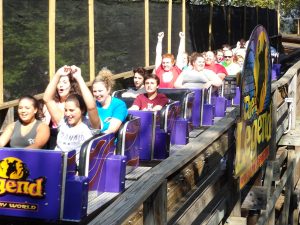 Take a ride on the new and improved Legend by watching the on-ride POV video below:

Many parks focus solely on building new rides, often forgetting the roller coasters the brought them the attendance that would fund future rides. I commend parks like Holiday World that invest in the less flashy but admirable refurbishments of their classics.

Have you ridden the Legend after its overhaul? Share your thoughts about the new Legend versus the old in the comments section below.