First announced on the park’s Instagram account, Cedar Point’s Soak City Water park will be expanded and rebranded to “Cedar Point Shores” in 2017. 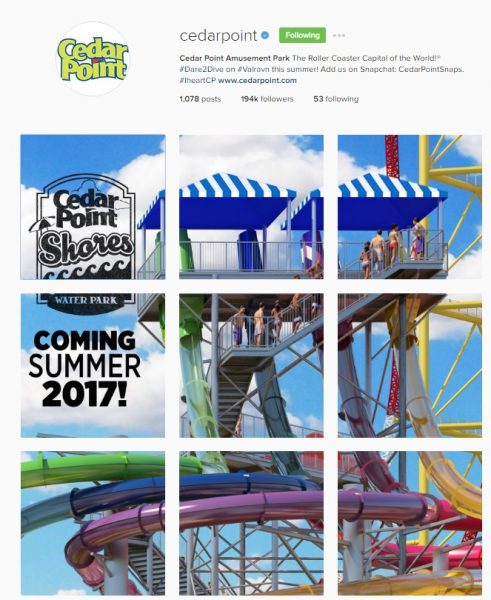 As part of the expansion and rebranding, Cedar Point Shores will receive a new six-slide tower complex, as well as a new area for families, featuring 12 kid-sized slides.

Point Plummet is a six-story-tall aqua drop body slide that will simultaneously send four riders on a nearly vertical free fall when the floor drops out from under them, while Starboard Surge & Portside Plunge, located on the same structure as Point Plummet,are two, five-story tube slides that can accommodate single riders or pairs and sends them through an enclosed tunnel before shooting them out into the sun through intense drops and turns.

The new family area, Lakeside Landing, is branded as “A family splashground of epic proportions!” There will be 12, kid-sized water slides that line the perimeter of a zero-depth-entry pool, giving kids their own mini water thrills while parents can relax under shade structures and enjoy an oversized lounge and sun deck area.

This post will be updated as we get more information.

Are you excited for Cedar Point Shores? Let us know in the comments below!