Dollywood’s Lightning Rod, the world’s first launched wooden coaster, is due to open in March. And construction crews have been hard at work for months preparing the hilly terrain, building supports and laying track.

Dollywood took advantage of the recent snowstorm affecting a large swath of the eastern United States to show off the snow-covered coaster: 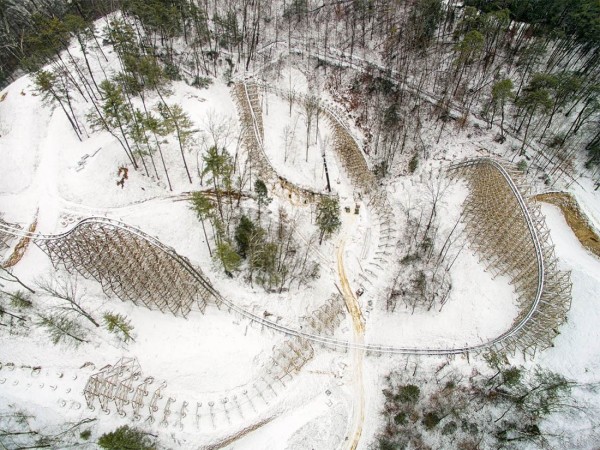 While there is still some track yet to be installed, you can get a decent idea of the coaster’s layout following the 165-foot drop. 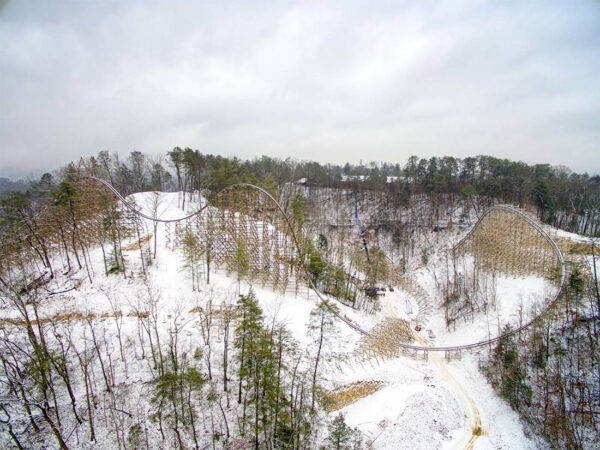 The dip after the launched lift is only a teaser for the massive drop that follows.

Rocky Mountain Construction also shared photos of the coaster’s progress earlier in the month. You can see that a lot of work has been completed since this photo was taken: 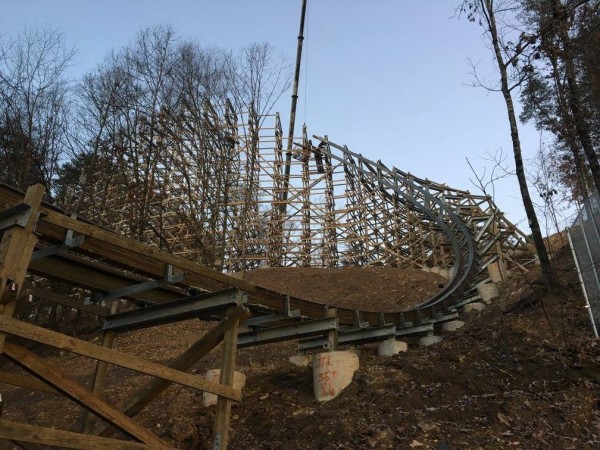 Don’t miss our December construction update from within the park. Since so much of the ride’s layout is situated outside of the park, you’ll need backstage access (or wings) to see most of the ride (or you can just ride it).