“You’re going where…? Why?” was the standard response I received from many when I told them my plans to take a day trip to Six Flags America while in Washington DC for a conference.

Despite the concern from others, Six Flags America was the closest and cheapest option for me (as a Six Flags season pass holder). I decided to give the park a shot. 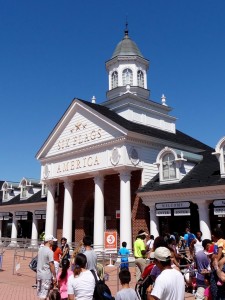 The park is secluded in a suburban area about 30 minutes east of DC. The park entrance was simple and quaint. The security personnel worked quickly to keep the checkpoint lines moving as guests arrived at the park. 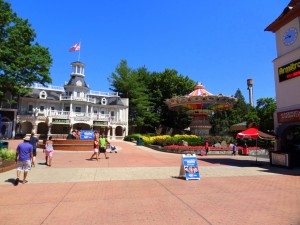 Luckily, we arrived to the park before the major crowds, most of which darted for the water park. The area immediately inside the entrance contained your typical “Mainstreet America” fanfare. 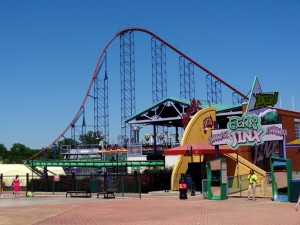 I was most excited to ride Superman: Ride of Steel, because, embarrassingly, it was to be my first Intamin hyper coaster. 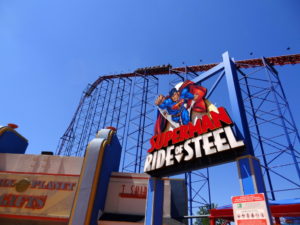 The first drop and subsequent turn were surprisingly intense (I was seated in the last car of the train). It was unlike the Bolliger & Mabillard hyper coaster that I am accustomed to. Although not glass-smooth as I envisioned, the ride kept its pace throughout and didn’t leave me in pain. 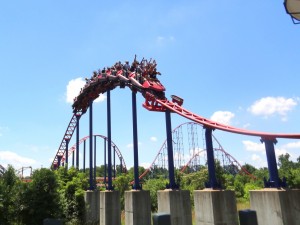 The tunnel vision-inducing helices were somewhat repetitive, but the final bunny hops made for a great finale. The ride crew was exceptionally upbeat and efficient, even with only one train in operation. 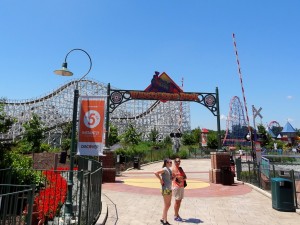 The Whistlestop Park children’s area was one of the nicest kid-friendly areas that I’ve ever seen. 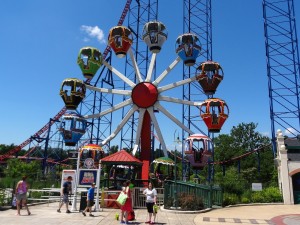 However, the area did not seem to receive much foot traffic. 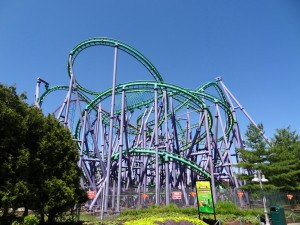 While Joker’s Jinx wasn’t my first Premier spaghetti bowl, it was my first outdoor version. 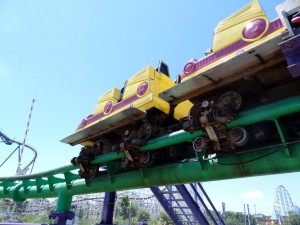 A malfunction in the station caused our train to stall on the brake run. Luckily, a mechanic was onsite within minutes to resolve the issue. A cheerful crew member kept us company as we waited on the brake run. 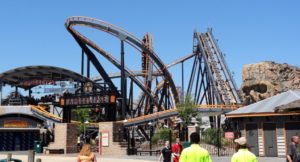 Apocalypse is the park’s newest coaster. Relocated from Six Flags Great America where it was known as Iron Wolf, the coaster is much more visible in its new home. 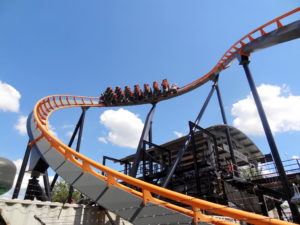 Having ridden the coaster at its former park, I was looking forward to comparing the pre-move coaster to the post-move. 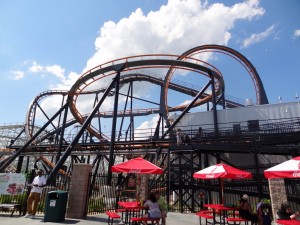 Unfortunately, the coaster was just as uncomfortable as I remember it being in Chicago. The thematic elements were a nice touch to the overall ride experience, though. I hope the park keeps the fire, smoke and fog effects. 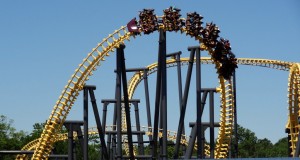 Batwing was your average Vekoma laydown coaster. It was nothing extraordinary, but I appreciated the updated audio played in the station from The Dark Knight film. 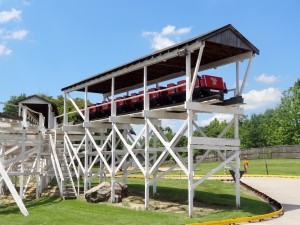 After leaving the Gotham City area, I wanted to check out the park’s wooden coaster offerings. Wild One was an exciting yet shorter out-and-back wooden coaster. 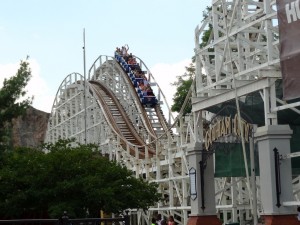 The coaster packs a punch for its age.

Roar was unfortunately closed, as it has been for several weeks now. One of the coaster’s trains was stuck at the top of the lift hill. 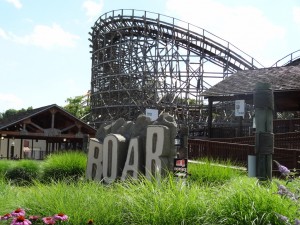 The layout looked interesting. I was disappointed that I couldn’t ride it. 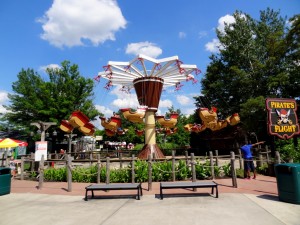 The park’s collection of flat rides is interesting. Pirate’s Flight is one of many. 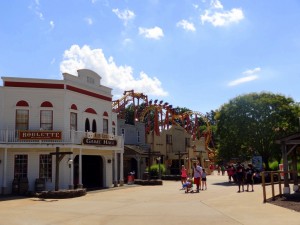 Situated in the back of the “Coyote Creek” area stands Mind Eraser, a Vekoma suspended looping coaster. 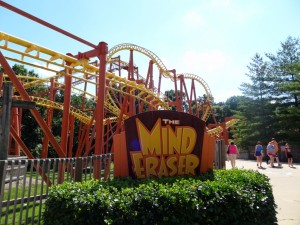 The coaster was painful to say the least, but I was expecting such. I did enjoy the coaster’s forest-side setting. 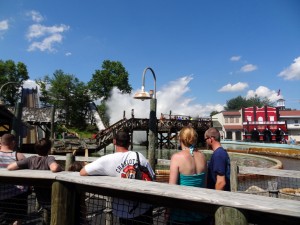 Temperatures were hot, making most of the park’s water ride lines rather lengthy. 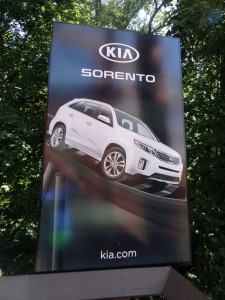 Side note: do Sorentos come with roller coaster track? If so, sign me up. 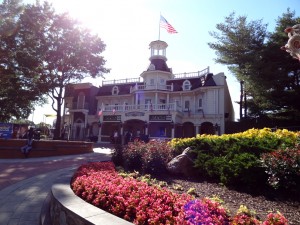 As the sun began to set, many of the water park-goers moved to the dry park, and the lines started to grow. 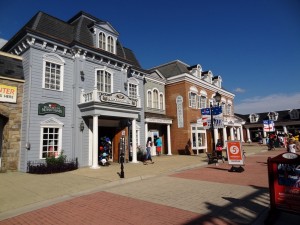 By the end of the day, we were able to ride most of the park’s major attractions thanks to light crowds and speedy operations. Throughout the park, employees were helpful and friendly which isn’t necessarily common. 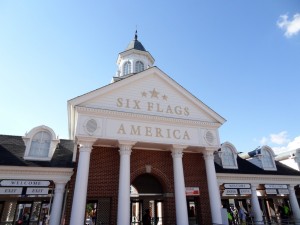 Six Flags America might not be the top-of-the-line Six Flags park (if there is one), but it provides a decent day of fun for those in the Baltimore/DC area. Try the park on a weekday to avoid the crowds. Park admission includes Hurricane Harbor, but I didn’t have time to visit it.

Hopefully, Six Flags will continue to invest money in the park. It has plenty of room for expansion outside of the park, as well as pockets of land within the park.

What has been your experience with Six Flags America? Share in the comments section below.