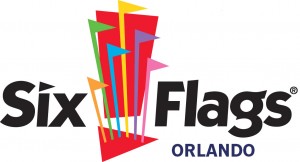 Mickey Mouse and Harry Potter will soon have to make room in Orlando for Bugs Bunny and Batman. The Six Flags Entertainment Corporation announced late Monday night that they plan to build the 12th United States park under the “Six Flags” banner, Six Flags Orlando. The park plans to break ground later this year and be completed by mid-late 2016.

“It was a logical decision to build our next United States park in Orlando,” said Brett Petit, Senior Vice President of Marketing for Six Flags. “The greater Orlando area entertains more than 50 million worldwide visitors on an annual basis, and we wanted to expose these guests to the excitement and thrills that Six Flags’ guests have experienced for decades at our other parks around North America.” 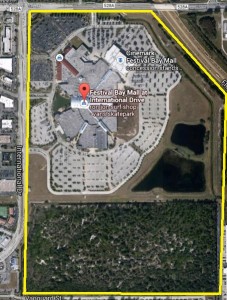 Six Flags has purchased the property currently occupied by the Festival Bay Mall on International Drive, as well as the 70 acre parcel of land adjacent to the mall. This property was previously rumored to be the site of the Baker Leisure Group’s “Orlando Thrill Park.” Many of the stores in the Festival Bay Mall have already been made aware of the impending closure, and will soon relocate, as demolition of Festival Bay will begin in early June, and groundbreaking of Six Flags Orlando will occur later this fall.

While specific attractions were not discussed, Petit did mention that “guests of all ages will be able to enjoy over 50 rides and attractions that are unique to Six Flags Orlando and the Orlando area, featuring some of Six Flags’ most beloved characters including the Looney Tunes and Superheroes of D.C. Comics.” 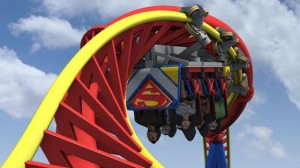 Petit also noted that due to the limited acreage, that there would not be a water park constructed as part of Six Flags Orlando.

What would you like to see at Six Flags Orlando? Let us know in the comments below.