The second season of Travel Channel’s popular summer series, “Insane Coaster Wars,” goes international when it airs this Sunday, June 9, 2013 at 8:30pm Eastern/Pacific. This season, venture around the world “to find the most thrilling, terrifying and scream-inducing rides.” 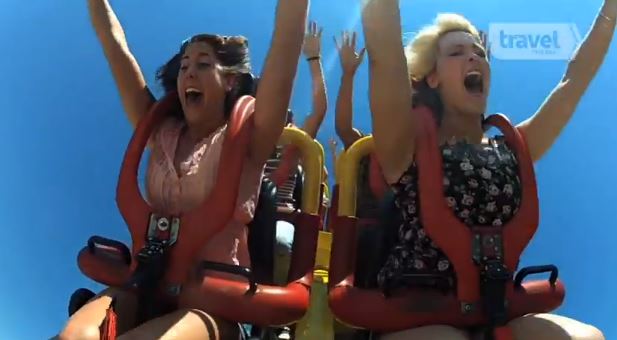 The format of the show will be similar to last year’s:

“In each Insane Coaster Wars episode, four of the world’s best coasters go head-to-head for the highest number of points, as voted on by the riders themselves. Utilizing high-tech camera equipment – including remote-controlled helicopters and slow motion cameras – viewers are granted behind-the-scenes access and an unparalleled first-person point of view of each wild coaster.”

The coasters listed below will be featured on this Sunday’s episode:

Watch a preview of Insane Coaster Wars below:

Waterpark fans, be sure to watch Xtreme Waterpark before Insane Coaster Wars at 8pm Eastern/Pacific. Watch a preview of the show below:

Stay tuned to our Facebook and Twitter pages. We’ll remind you when the show is about to air.