Attention all Coca-Cola and coaster lovers: Six Flags has extended its partnership with The Coca-Cola Company for 10 more years. 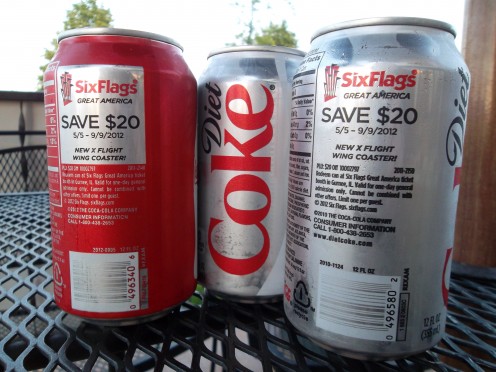 The partnership between Coke and Six Flags dates back five decades where it began at the chain’s first park, Six Flags over Texas.

“Also, Six Flags and Coca-Cola will debut many marketing initiatives nationally, regionally and locally, including value-added promotions unique to each property, along with an extensive, fully-integrated media campaign featuring joint creative messaging on TV, radio, the internet and in cinemas. Additional programs will feature Six Flags rewards within the MyCokeRewards loyalty program, as well as social media and mobile phone campaigns.”

With Six Flags looking to cut costs all around, we’re happy to see that they’re not stooping down to going with a cheaper soft drink alternative (whose name will remain unspoken).

What are your thoughts? Are you glad that Six Flags is continuing its partnership with Coke? Share in the comments section below: