Emperor, the newest ride at SeaWorld San Diego, reached two major construction milestones today. Crews installed both the last section of track on the ride, and loaded a train onto the track for the first time. 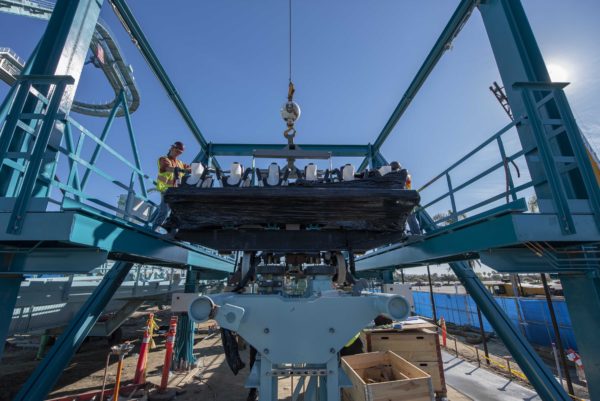 Emperor is the newest Bolliger & Mabillard dive coaster, and the first of its kind on the West Coast. The coaster climbs to 153 feet tall, with a 90 degree 143 foot drop. It’s designed to reach up to 60 miles per hour, and will hold 18 riders per train in three rows of six seats. Those stats put Emperor on the smaller side of most of the B&M dive coasters in North America, but similar to a lot of European ones. 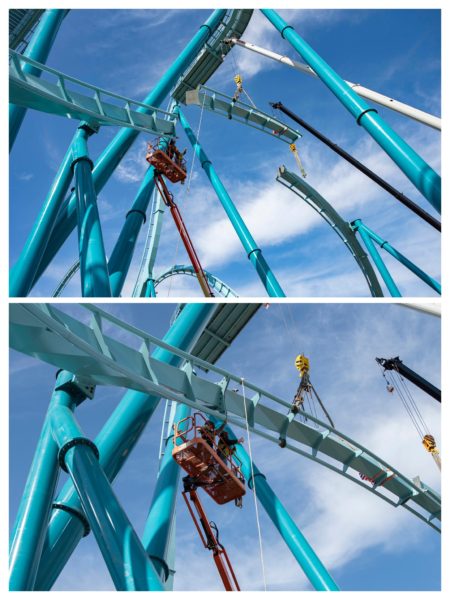 Emperor is named after the largest species of penguin, so along with building a new coaster, SeaWorld San Diego is also joining with Penguins International in a conservation partnership. They will focus on awareness and the conservation needs of penguins. Educational elements will be integrated into the attraction to help teach guests about penguins and highlight things like the effect of climate change on their habitats.

This milestone is a great sign of the progress on Emperor. The park is still saying a “summer” opening date for now, but I wonder if there’s a chance they might even beat that. For more on SeaWorld, check out their official site, and check out all of our other “new for 2020” updates here.