The amusement industry has received a lot of national media attention the past few weeks due to a series of tragic  and unfortunate accidents (and other non-events completely blown out of proportion). We thought it would be a good time to interview an experienced professional in the field of amusement park safety. We’d like to thank Randy King, Owner and Consultant  at Entertainment Safety Solutions, for taking the time and answering our questions.

Could you please tell us a little bit about yourself and how you got involved in the theme park industry?

I started as a part-time paramedic working for Medcor at AstroWorld in Houston in 1985.  I went fulltime with Medcor in 1986 and headed the First Aid facility at the Fame City Water Park in Houston.  In 1987 I was transferred to Six Flags St. Louis to run the First Aid Department there and then back to Houston in 1989.  In 1990 Six Flags asked me to become their Safety Manager at AstroWorld.  I accepted and held that position until 1995 when Six Flags promoted me to Corporate Director of Safety and Risk Management.  When Six Flags was sold in 1998, I left Six Flags and went back to Medcor where as an Operations Director I oversaw the management of the medical facilities at Warner Brothers, Universal Studios, and Paramount Pictures (all on the west coast), among several others.  After leaving Medcor the following year I started my own consulting business and have provided safety and training consulting for various amusement businesses and numerous Texas school districts since 2004. 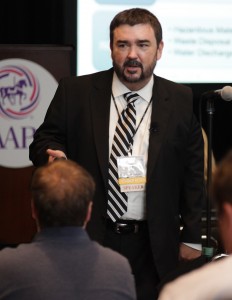 What are the job responsibilities/day-to-day activities of a director of safety and risk management at a theme park?

The safety and risk positions vary from company to company, but from my experience the theme park safety management staff is generally responsible for federal and state safety requirements, federal and state environmental compliance, safety training and record keeping, management of medical services,  accident investigations, claims and litigation management as well as safety oversight of the maintenance, operations, and retail function within the parks.  There should be very little that an amusement operator’s safety team does not get involved with.  When done correctly, it’s a very broad function where safety personnel have to diligently involve themselves with virtually all aspects of the business.

What are some of the biggest challenges in keeping guests safe and mitigating potential hazards?

These are two different issues really.  Guests are generally safe so long as they follow rider instructions and stay out of areas where they don’t belong, such as inside ride perimeters.  The most challenging guest safety issues are those activities where we don’t have complete control over the guests’.  For instance, most coasters have pretty aggressive restraints that confine the guests’ until we let them out.  Flat rides where single bars or straps are used allow the riders more freedom of movement are also more easily overcome if the guest has a mind to.  Another example is water slides where no restraints are used but the riders are contained within the flumes.  Last are rider controlled attractions such as go-carts where we have least control over the guests’ behaviors.  Having said that, it’s also important that amusement operator management teams have the right attitudes about safety and risk management.  Specifically, it’s important to maintain the rides per manufacturer guidelines and ensure that the operators are continuously performing their jobs as they are trained.

What are your thoughts and reactions to the recent accident at Darien Lake where an amputee was tragically thrown from the Ride of Steel and died?

My initial “reaction” was shock and sadness.  I have worked with the team at Darien Lake and they are good people and I know that their intentions are to operate safely.  I also believe that if they were made aware, that anyone with Sgt. Hackemer’s disabilities wanted to ride the ride, they would have made the right call and disallowed it. There’s always more to these things than are known to the media, like knowing what Sgt. Hackemer was thinking to get on this ride.  We’ll probably never know, but, the friends that were with him should be a  pretty good source to gain understanding.  Properly interviewing the ride operators is the best way to understand their motivations and decision making processes.  These along with Sgt. Hackemer’s combined are what led up to this incident.

Having performed tens of thousands of safe behavior observations of ride operators, and a countless number of ride accident investigations, I can tell you this.  The key to understanding the thought processes and behaviors of the ride operators is knowing what to ask them.  With the right post accident interview approach, one can start to build an understanding of how and why the decisions were made that led to this incident.  The information needed to understand and correct what may be amiss doesn’t stop with this crew or this ride.  In my experience, most often what’s needed is a holistic understanding of the overall culture because this, more than anything else, influences employee decisions from one moment to the next.

How do organizations such as ASTM F-24 committee on amusement rides and devices and their standards play a role in safety?

The ASTM F-24 committee is generally made up of industry insider volunteers who work together to create maintenance and operations standards for amusement rides and devices.  Compliance with the ASTM F-24 standards is voluntary, however, many states have adopted them within respective state laws governing the safe operation and inspection of amusement rides.

No, I think that would make matters worse.  Besides, many states, NY included, already have amusement ride regulations.  I don’t see how more regulations would have made any difference in this case (Darien Lake).  You can’t regulate decision making, you can only bias, or influence it with training and proper supervision.

I definitely agree with you on that one. Since this is for Coaster101 I have to ask, do you enjoy riding roller coasters and if so which is your favorite and why?

I love roller coasters!  My all time favorite is front seat on Tatsu at Six Flags Magic Mountain because it’s the closest I’ve ever come to flying without an airplane.  Great ride and a great park! 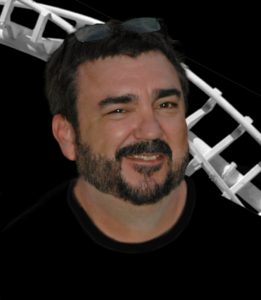 Tatsu is high on my list of coasters I need to ride! Thanks again to Randy for sharing his insight into the world of theme park safety. Please visit http://www.entertainsafety.com for more information!