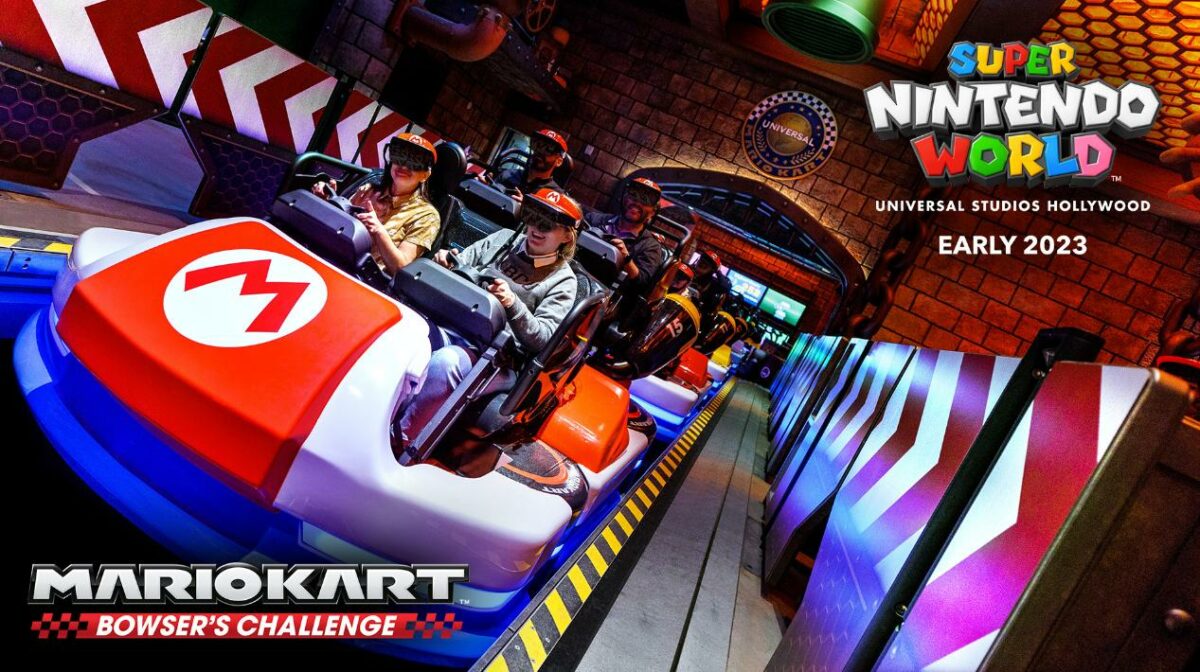 “When “Mario Kart™: Bowser’s Challenge” opens in SUPER NINTENDO WORLD™ at Universal Studios Hollywood in early 2023, guests and fans will find themselves immersed in one of the world’s largest, most interactive rides they have ever experienced. It seamlessly fuses augmented reality with projection mapping technology and actual set pieces along a moving ride track to debut a ride that’s unparalleled anywhere within the theme park industry.

The highly-anticipated opening of SUPER NINTENDO WORLD at Universal Studios Hollywood represents the first SUPER NINTENDO WORLD to debut in the United States, designed to transport theme park guests and Nintendo® fans into the world of Mario, Luigi and Princess Peach to be part of the Mushroom Kingdom.

Guests will access SUPER NINTENDO WORLD via the iconic Warp Pipe to enter the land where they will find the “Mario Kart: Bowser’s Challenge” ride located within Bowser’s Castle.” 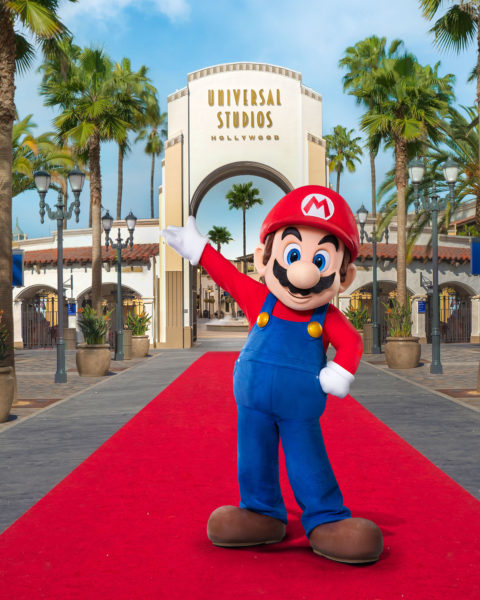 The park describes the ride as a “multi-dimensional experience”, which recreates the world of Mario Kart. The races will never be the same, providing lots of re-rideability. Expect lots of color and sound, like in the games.

You’ll board a 4-seat kart with stadium seats, and then don AR Goggles to fill the world. With that the race starts, and you’re off as part of “Team Mario”. The races go through courses ranging from underwater to high in the clouds, collecting coins and competing for the Golden Cup.

The sophisticated ride is a multi-sensory cornucopia of color, sound and movement that invites guests to navigate familiar environs through the creative use and integration of head mounted augmented reality (AR) goggles—a key point of differentiation that distinguishes this ride from other theme park attractions.

From the depths of the dungeon within Bowser’s Castle, guests will climb aboard stadium-style, four-seat Mario Kart vehicles inspired by the video game, put on their AR goggles …and then with a 3-2-1 GO! signal from Lakitu, they will be off to the races.

Universal released a sneak peak of the new ride now under construction:

Buried at the end of the press release and in the images is maybe the most exciting news about the ride, though. It’s opening in EARLY 2023! That implies we’re less than a year from Super Nintendo World opening in the US! Universal studios Hollywood is already stocked with Super Nintendo World merch in the Feature Presentation retail store, including merchandise such as Mario and Luigi themed apparel and iconic character hats and a selection of plush characters, including Mario, Luigi, Yoshi and Bowser.

Of course, the ride is already open at Universal Studios Japan. So, if you don’t mind spoilers, you can check out a full PoV below.

So, how excited are you for the Mario Kart ride? Let us know in the comments below!