Holiday World remains one of the best amusement parks at teasing future attractions. Following the popular Wordle (daily word game) trend on social media, Holiday World released several custom made “Holiday World-les” that revealed clues as to what was coming to the park in summer 2022.

After all the clues were given, the announcement was made: happening nightly from June 18-July 31, 300 LED-lit drones take to the Holiday World & Splashin’ Safari sky for this unique, drone, and fireworks spectacle. This one-of-a-kind, 15-minute spectacle celebrates Christmas, Thanksgiving, Halloween, and the Fourth of July with 700-foot wide animated light displays.

Platinum Season Passholders get an exclusive preview of the Show on June 17! 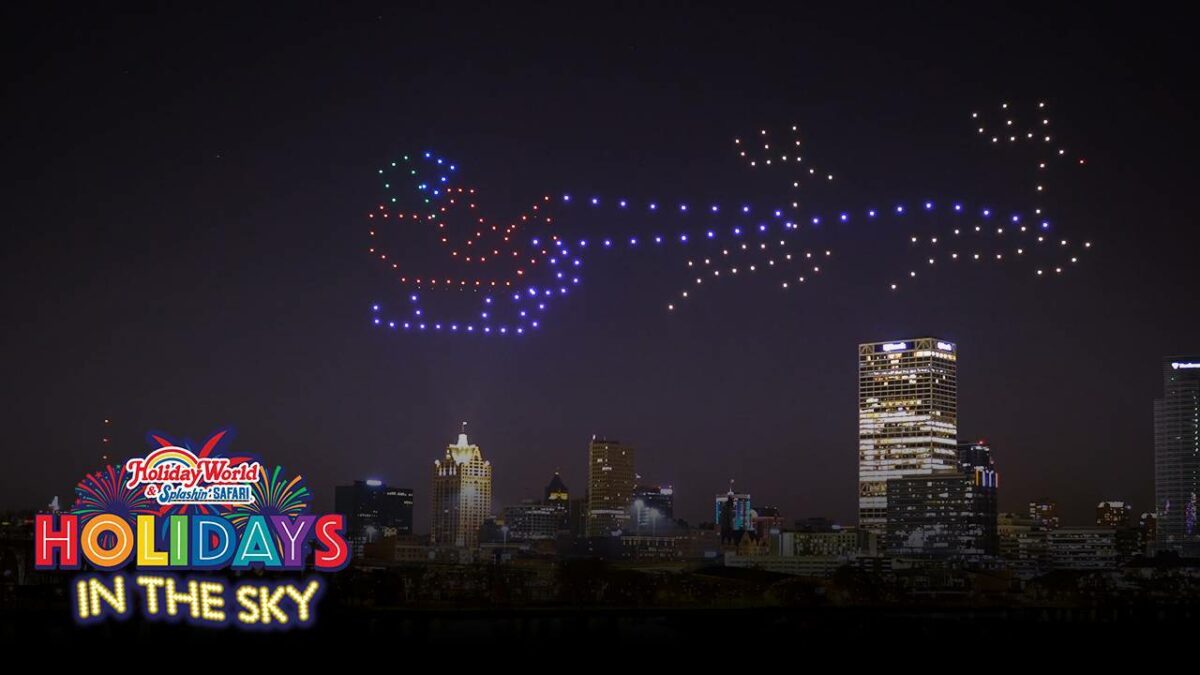 It sounds like there will be a new German American Bank Party Plaza in the Thanksgiving Section where a DJ Dance party will be held before the show. This looks to be in the area where the ill-placed Hyena Falls water slides use to be: 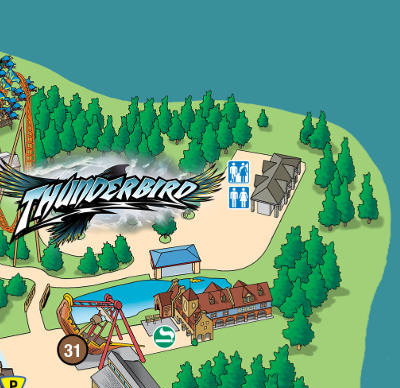 On Google maps you can still see the Hyena Springs splash pad and Hyena Falls water slides that were removed in 2019 after just six seasons. It never did make much sense why these water park attractions were located so far away from the rest of the water park. 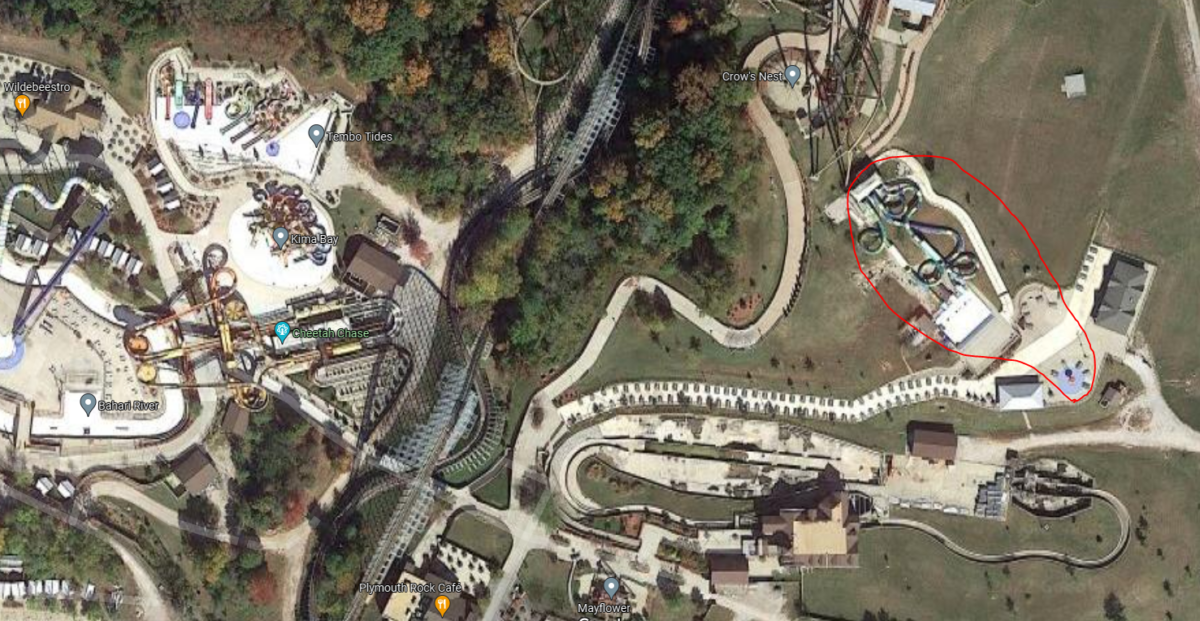 A drone show is a fantastic new addition, especially while still in the midst of a global pandemic.  There’s an interesting chapter on Holiday World’s development in the book “Absolute Efficiency” by Neil Wilson (which we will be talking more about soon). Here’s an excerpt:

“Because Holiday World’s attendance has now plateaued, they no longer face the same challenge of constantly trying to improve their capacity. It is also a growing problem trying to recruit increasing numbers of staff for a park so far away from any major center of population. Recently Holiday World has shifted some of their attention away from building more big rides [the park hasn’t seen a major dry ride added since 2015’s Thunderbird coaster] and started putting more effort into improving the theming around the park….Holiday World is a park that has often punched above its weight, so it’ll be interesting to see how they develop in the future. This is a sensible change in direction, and doesn’t make their future any less exciting.”

Speaking of drones, we love a good drone fly-through of an amusement park and this one is pretty awesome:

💯 days until our Opening Day! While winter storms DRONE on, we’re dreaming of warm days coasting through the woods.

Are you excited for Holidays in the Sky? Let us know in the comments below!