Dinner: Impossible with Robert Irvine Returns with a Trip to Cedar Point

In 2007, Celebrity Chef Robert Irvine starred in a new show on the Food Network entitled Dinner: Impossible. The premise of the show was fairly straightforward; exploring whether a multi-course meal for a large group can be prepared by Irvine and his team with limited resources, no advance planning and all happening in a tight window of time. The original run of the show lasted eight seasons, and went off the air in 2010, seemingly for good.

The fans clammored for more Dinner: Impossible, and their wish has been granted. According to the episode description, Robert Irvine is at the world-famous Cedar Point amusement park in Sandusky, Ohio, to make dinner for 150 superfans celebrating the park’s 150th anniversary. Robert’s challenge is to put his over-the-top spin on four of the park’s favorite dishes. But like any good roller coaster, there are twists: Robert and his team can only use ingredients from the park concession stands, and they must also create another three dishes inspired by three of the park’s most popular rides. Robert and his team had better buckle up for this thrilling adventure!

“The fans were quite vocal that they wanted [Dinner: Impossible] back. I’m very grateful for them; without their vocal support, it wouldn’t have come back,” Irvine said. “Cedar Point wanted to celebrate their 150th anniversary in a big way, and we’re always trying to go as big as possible. If you have a challenge that’s going to involve an amusement park, Cedar Point makes perfect sense. Amongst amusement park and roller coaster enthusiasts, the park occupies an almost mythical place in the discussion.”

Cedar Point’s 150th anniversary provided a picturesque setting for the debut episode, and for Irvine, a self-described “adrenaline junkie,” it gave him the chance to experience several of Cedar Point’s thrilling attractions, including Professor Delbert’s Frontier Fling, Millennium Force, and Valravn. 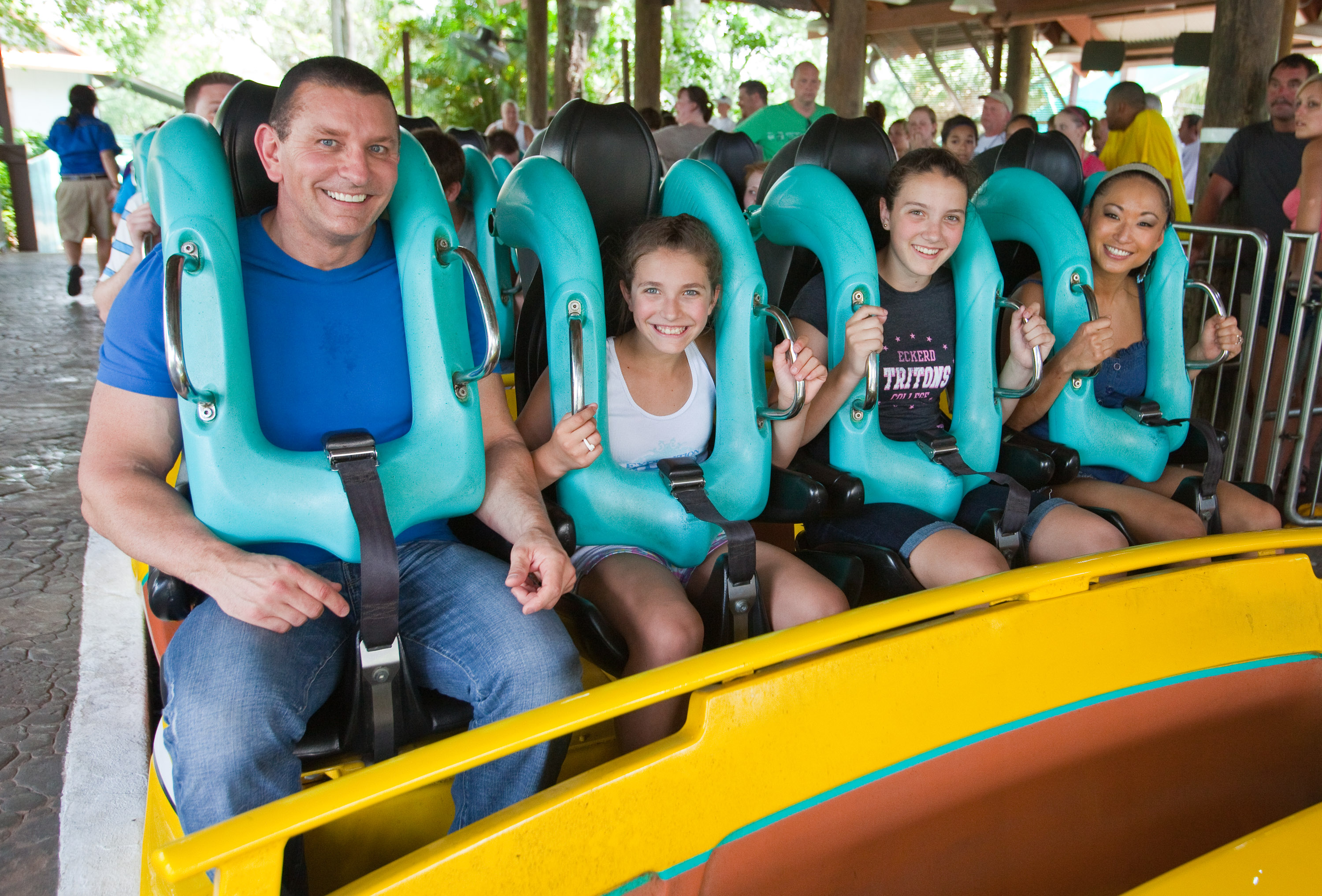 “I go to Disney once a year with my family and we have a wonderful time. Obviously Disney is more about a specific kind of experience – transporting you back to childhood – and less about rides that get your adrenaline pumping,” Irvine said. “I love it all, and I really love roller coasters. I’ve flown with the Blue Angels and rappelled down the sides of skyscrapers, so there’s no amusement park ride I wouldn’t try.”

Preparing “theme park” food proved to be an unique challenge for the seasoned chef.

“Upscaling concession food is a very big challenge no matter where you are,” Irvine said. “You can’t rely on exotic ingredients; you have to be creative with what’s in the pantry.

“[Amusement Park Food] is a little slice of Americana. Like anything else, there’s a right and wrong way to do it,” he continued. “It’s not terribly complicated food, but it still needs to be prepared by a trained hand with a little love and attention. Deep fry something for too long or too short of a time and it’s a terrible, inedible, greasy mess. Do it just right and there’s nothing more comforting!” Irvine was joined by Cedar Point executive chef R.J. Sinwalk and other members of the Cedar Point culinary team to create his dishes and use their kitchens during the episode.

“RJ was our guide throughout everything culinary and was incredible with helping us out,” recalled Irvine. “Pastry chef Elka Kanuk was also instrumental and showed me what I was doing wrong when it came time to make funnel cake. Pastry chefs are basically scientists – it’s a whole different skillset from what I do, so I was very grateful for the help. As far as Cedar Point is concerned, I was very impressed with what they were already doing with their food, so to be asked to come in and make special dishes was very flattering and I was thrilled to do it.”

As for the challenge of creating “over-the-top” dishes using ingredients only found in the theme park for the episode, Irvine was able to utilize Mac & Cheese, French Fries, and Funnel Cake to create tasty dishes for the 150 guests to enjoy. He also noted that his experience on Valravn inspired a menu item of its own, and that there were a number of surprises waiting in the episode! “Mac and cheese became mac and cheese with burnt ends; French fries became a mushroom poutine, and funnel cake became a unique twist on chicken-and-waffles, chicken-and-funnel cake,” he said. “Then you’ll see how the experience on the Valravn inspired the sliders. There are a few other surprises I’m not mentioning – you’ll have to watch!”

Check out a preview here!