For the next stop in our 20 in 2020 series we are heading to the sweetest place on earth, Hershey, Pennsylvania. Lightning Racer struck at Hersheypark on May 13, 2000.

When it opened it was the first wooden dueling and racing coaster in the United States! Dueling refers to the moments during the ride that the trains appear that they are going to collide and where the tracks interact with each other (ie going over/under each other). Lighting Racer also became the second Great Coasters International ride at the park, alongside Wildcat. 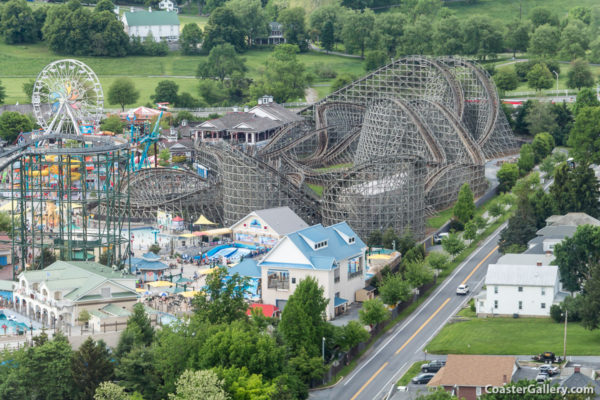 Even though each side of the coaster has a slight variation in layout, their ride stats are identical, coming in at 3,400 feet long, 90 feet tall, and a 50 mph top speed.

I remember recording a Discovery Channel special on the construction of Lightning Racer right after it was built and watching it countless times over the next few years, so it has always been on my must-do list. It also just so happens that I finally got to take my first ride on Lightning Racer a couple of weeks ago when we were at Hersheypark for Candymonium media day! As a big fan of wooden coasters, it did not disappoint. I loved the interaction between the two trains and layouts. It was definitely more of the dueling feeling, rather than racing, like you may experience on The Racer at Kings Island and American Eagle at Six Flags Great America.

For being 20 years old, the ride was running remarkably smooth. After riding each side a couple of times, I found myself preferring the Lightning side. I think it was because it felt like the over/under section towards the end of the ride had better pacing on that side. The coaster isn’t the fastest feeling woodie out there, but the layout makes it one of the most fun. There are wonderful curved airtime hills, a tunnel, several helix turns, and the great dueling finale section. It is definitely a great transition coaster for younger riders wanting to up their coaster game. 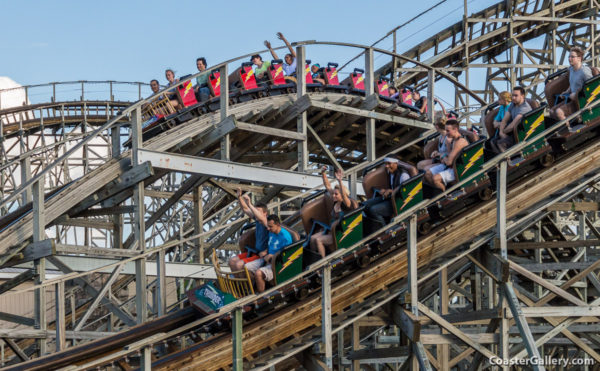 Lightning Racer is kind of hard to get to when at Hersheypark. It is located at the very end of a very long main walkway through the park. You actually have to go through the waterpark to get to the coaster’s entrance. From the new park entrance to the station of Lightning Racer it is just over 3/4 of a mile! 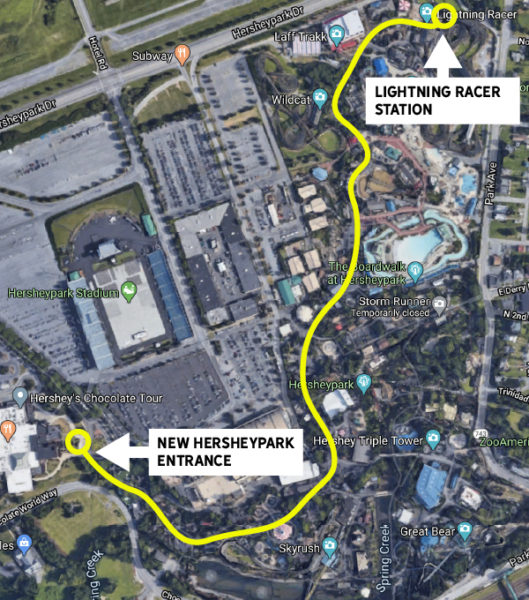 For being such a picturesque roller coaster, there aren’t too many spots to get a good shot of the ride while on the ground. During our visit a couple weeks ago the Ferris wheel and observation tower weren’t operating so we unfortunately couldn’t get a great look at the layout. 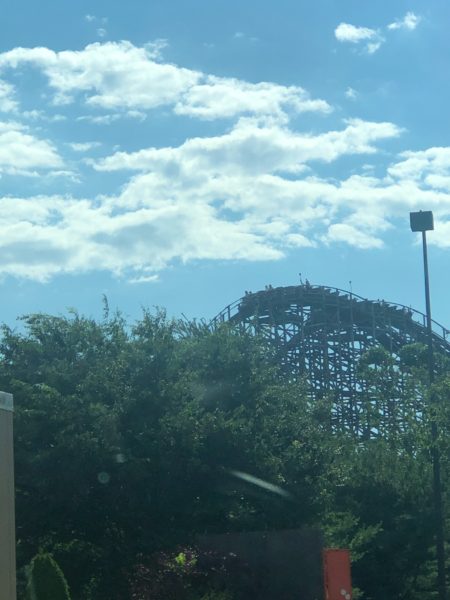 What are your thoughts on Lightning Racer? What is your favorite dueling/racing woodie?