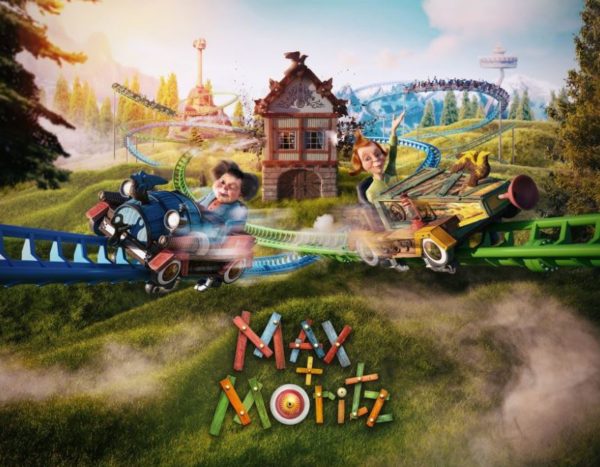 The powered Mack Rides coaster features two side-by-side tracks both with a 984-foot-long layout and a top speed of 22 mph. The two tracks will stand just under 20 feet tall. 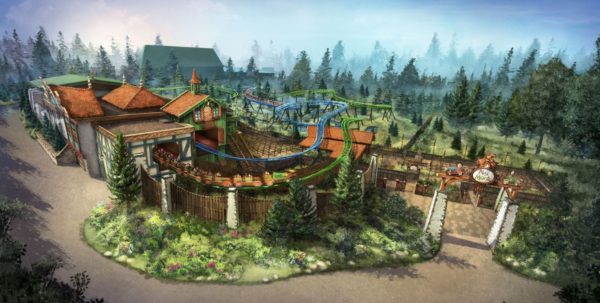 The coaster’s two trains (one per track) — one named Max and the other named Moritz — will feature onboard audio. They will each carry 38 riders, making for a ride’s total capacity of 76 per cycle. One of the trains will face backward, allowing riders to see the reactions of their racing partners. 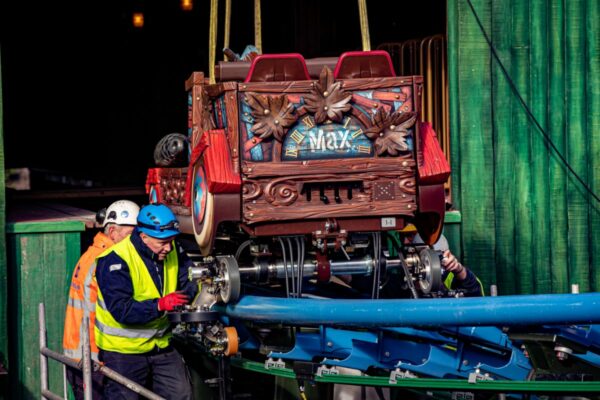 The “Max” lead car of Max & Moritz at Efteling. Photo courtesy of Efteling.

The “Max” train lead, weighing more than 2,860 pounds, was recently installed on the track. “Moritz” will be installed later this month. 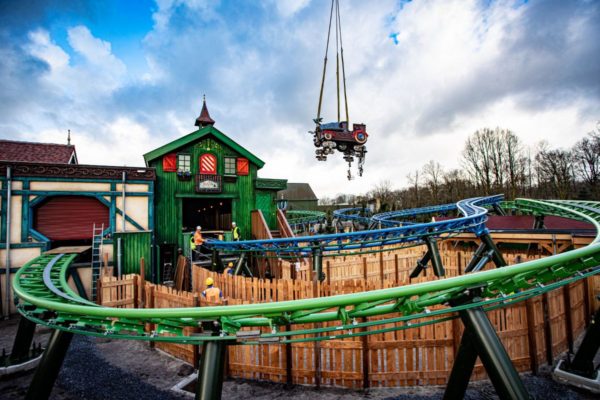 The lead car of the “Max” train of Max & Moritz is hoisted into the air at Efteling. Photo courtesy of Efteling.

Each ride cycle will include two laps around the coaster’s track. The park shared some humorous details about the ride’s storyline:

Visitors to the family roller coaster escape with Max and Moritz on a crazy adventure. When they return to the workshop, they are surprised by yet another trick by Max and Moritz. Moritz makes the pipe of their teacher explode, so that the train goes around one more time. Meanwhile, Max jumps so hard on a large whoopee cushion that this train also makes a second lap.

This is another major milestone for the project and is certainly exciting. It takes about three days to assemble the entire train, bringing the most important elements — track and train — together. The next step is testing the ride, and we are all really looking forward to it.

The coaster will use the station of the park’s former “Bob” bobsled coaster, which closed last year. 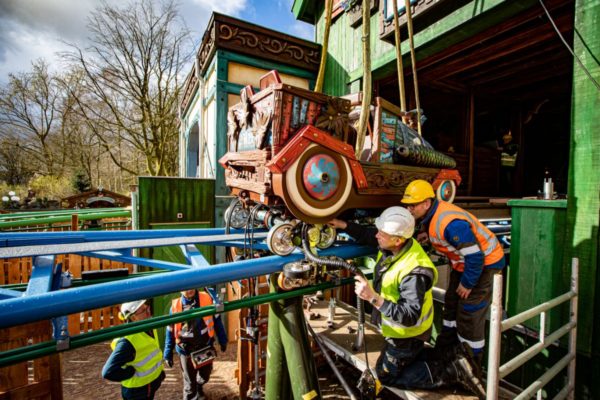 The “Max” train of Max & Moritz is installed on the track at Efteling. Photo courtesy of Efteling.

Max & Moritz is scheduled to open later this spring.

Max & Moritz will be joined by a new restaurant, Frau Boltes Küche. The entire area surrounding the coaster and the restaurant will be inspired by the Max & Moritz poem. According to the park, the new restaurant “resembles one of the boys’ tricks where Max and Moritz try to steal Frau Bolte’s cooked chicken. For this reason, from summer 2020, ‘Frau Boltes Küche’ will serve a range of chicken dishes, fries and snacks.”

Efteling is a fairytale-inspired theme park in the south of Holland. Max & Moritz will be the park’s sixth roller coaster. To learn more, visit the park’s website.

What do you think about Efteling’s newest roller coaster? Share your thoughts in the comments section below.