What’s Next for Disney and Universal?

It has been nearly impossible to escape news about Disney and Universal in the past weeks, due to Galaxy’s Edge debuting at Disneyland and Universal Orlando unveiling Hagrid’s Magical Creatures Motorbike Adventure. Even major mainstream news outlets have been reporting on the incredible detail at Galaxy’s Edge and the unbelievable 10-hour waits at Universal. Of course, as fans of the industry, all of this is incredibly exciting. However, with the mass of hype surrounding these major parks, the inevitable question has to be asked: How can they possibly top this year?

Galaxy’s Edge is arguably the most significant thing to happen to the amusement industry since The Wizarding World of Harry Potter opened almost a decade ago. And the land isn’t even fully operational yet. Almost as integral, the Hagrid coaster is a huge step forward for roller coasters and immersive storytelling in the parks. Clearly, this is going to be a tough act to follow for the two world-renowned resorts, but I believe there is plenty on the horizon to look forward to.

Let’s start with Universal since we know a little more about what they have planned than Disney. In this article, I will be looking even beyond the Jurassic Park coaster that has started development and the new Harry Potter additions. In October of last year, Universal Orlando filed site developments with Orange County that all but confirm the development of the long-rumored fourth gate for Universal. The purchased area is about 540 acres, which is huge when compared to the other Universal properties and even the Magic Kingdom, which are all around 100 acres.

The largest comparable park would be Disney’s Animal Kingdom, which measures a whopping 580 acres, due to the large animal areas. However, as far as we know, Universal doesn’t intend on having animals in the fourth gate, so that leaves much more room for attractions. Obviously, not all of the 540 will be used for attractions, but even accounting for maintenance buildings, shops and restaurants, that is a massive development.

Also included in the documents are descriptions of the layout of the new land. It appears as if the park will implement Disney’s “hub and spoke” design, meaning there will be one central area and various “spokes” or park areas branching off from the central point. 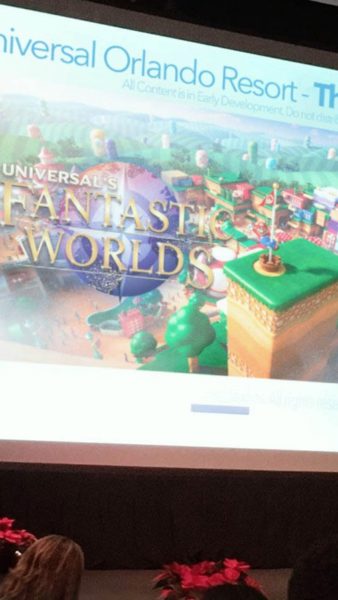 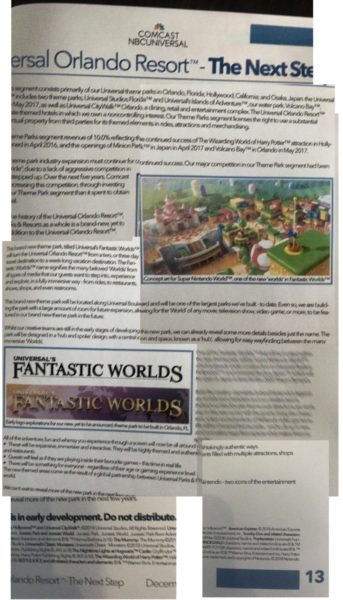 Now, what could those park areas be? There are many rumors going around, but only a few are confirmed for sure. The big Intellectual Property (IP) that we know will be in the new park is Super Nintendo World, an area based on the Nintendo video game properties. This information was leaked at a Comcast shareholder meeting in January 2019 along with the park’s name: Universal’s Fantastic Worlds.

The promotional images on the shareholder slideshow and a pieced together document from Orlando Park Stop show information about Super Nintendo World and other potential themes. If you look closely at the bottom right corner of the document, there is some copyright information that may reveal more than it appears.

While the page shown only gives information about the Nintendo properties, take a look at some of the other copyrights: “Jurassic Park and Jurassic World”, “Scooby Doo and related Hannah Barbera Characters”, “Universal’s Classic Monsters”, “The Mummy”, “Wolfman”, “Frankenstein”, “Beetlejuice”, “The Wizarding World of Harry Potter” and “Grindelwald characters”. Universal also now owns DreamWorks, and the Waterworld show from Universal Studios Hollywood is also rumored to make an appearance. 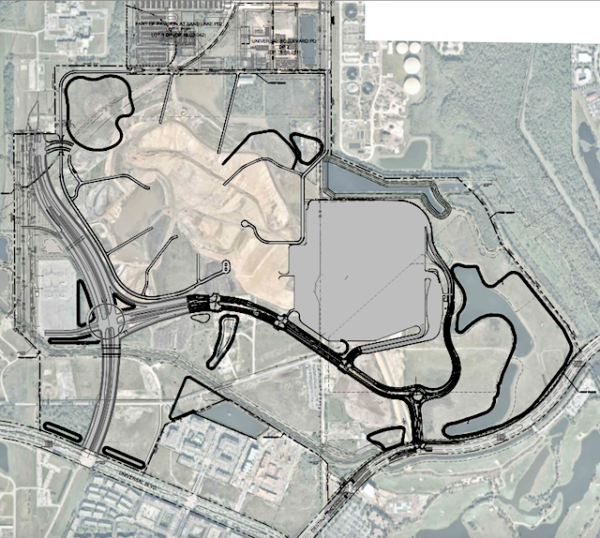 As of now, the areas that will most likely be in Fantastic Worlds are:

Currently at Universal Hollywood, their Jurassic Park water ride is being fitted with a permanent Jurassic World re-theme, and I believe the reason this isn’t being done in Orlando is because they have a Jurassic World attraction Planned for Fantastic Worlds.

Fantastic Beasts and Where to Find Them would be an easy fit with the popularity of the other Harry Potter attractions at their existing properties, and according to the Boardwalk Times, a source at Universal Creatives claims the new park “will feature The Ministry of Magic, set in the time of Newt Scamander and Tina Goldstein [from the Fantastic Beasts films].”

Universal also has placed temporary Star Trek exhibitions in their parks, and it is well known they have been trying for years to get the rights to place Lord of the Rings attractions as well. I could easily see both of these properties being potential add-ons to the park in the future. In the shareholder meeting, Universal stated that they are trying to make their Orlando resort a full-week vacation, and if even half of these plans come to fruition, that objective will almost certainly be met. 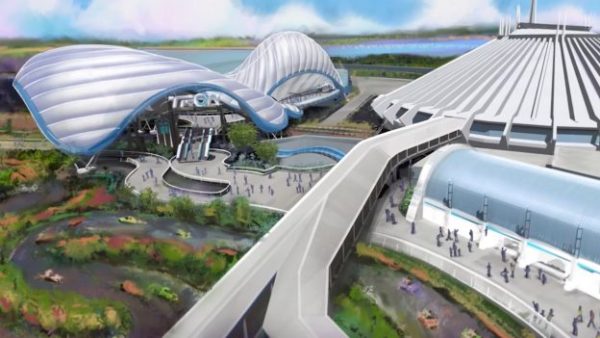 Not nearly as much is known about the future of Walt Disney World, but that may be because many additions have already been announced. The clone of the TRON coaster at Shanghai Disneyland is already under construction at The Magic Kingdom and set to open in 2020 along with Mickey and Minnie’s Runaway Railway, the dark ride replacing The Great Movie Ride at Hollywood Studios. The Guardians of the Galaxy coaster at Epcot has also started construction and is set to open in 2021.

At Disneyland, they are currently working on building their Marvel land, they have much more freedom with the Marvel properties than in Orlando due to tricky contracts with Universal. If they can work out a negotiation with Universal to build a Marvel land in Florida, that would be the best possibility for them to compete with Fantastic Worlds, but it is unlikely that Universal would let up on the lucrative property.

This leaves a major question mark about what Walt Disney World could possibly build to compete with a brand new park at Universal, but whatever it is, based on the additions and innovations the resorts have accomplished this year, it’s bound to be just as fantastic.