Though we didn’t make it to Canada’s Wonderland for the debut of the world’s fastest, tallest, and longest dive coaster, our friend Justin from CPFoodBlog and his wife were in attendance, and kind enough to share some of their thoughts with us. 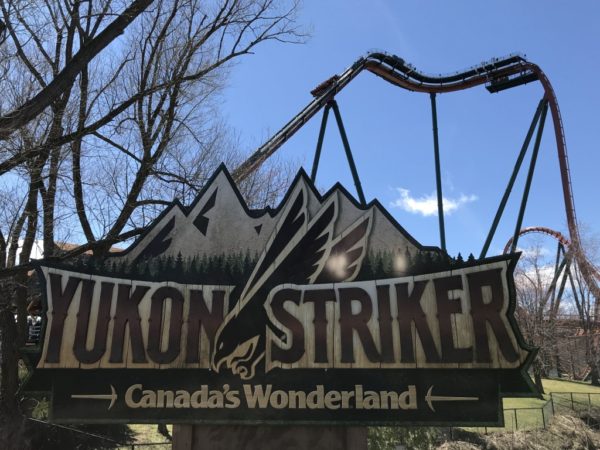 If you see a family at a Cedar Fair amusement park walking around taking pictures of restaurants, menus, or holding up a plate of food to get the perfect camera angle, it most likely will be us. In addition to a good sweet or savory menu item, our love for amusement parks and roller coasters started many decades ago when my parents would bring my sister and I to Cedar Point every summer.

Those early days during the 90’s were exciting, as Cedar Point rapidly built up an empire of the fastest, tallest, and greatest roller coasters on the planet. Who would think years later my love for FUN thrills would carry over into a website and seeing the passion my children experience every time they walk through the gates of a park. 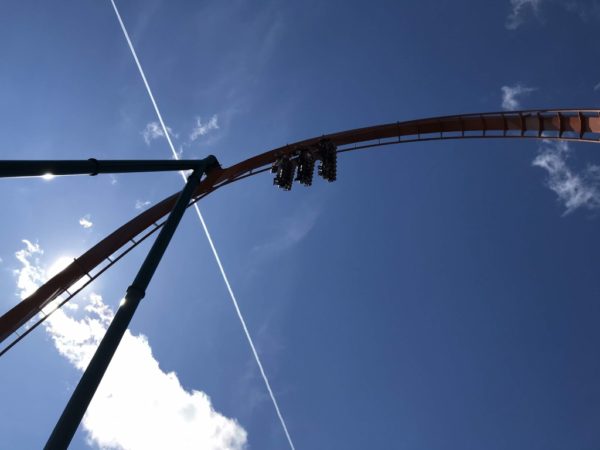 These days with our family, we travel North America visiting all the Cedar Fair parks and writing the CPFoodBlog as well as serving as a correspondent for the Sandusky Register publication.

While we may fill our knowledge database with dining plan details or our favorite menu items, we understand most amusement park enthusiasts walk around with a vast knowledge of facts on roller coasters and rides. 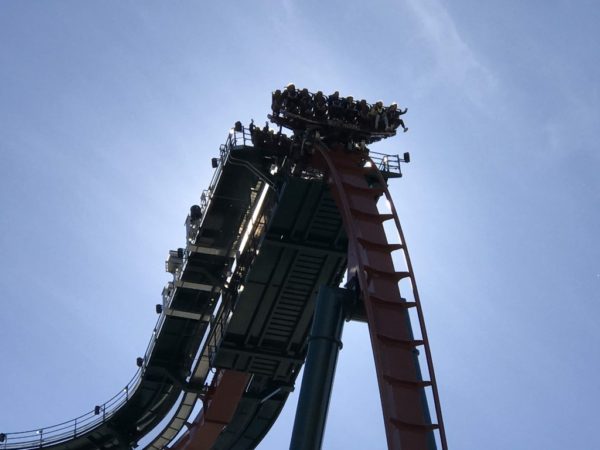 One thing we do know is bigger, faster, or the latest record breaking statistics are treasured phrases every park strives to achieve, even if it means getting knocked off the podium in the years to come. Things we appreciate are fast and FUN, and Canada’s Wonderland’s new world record breaking roller coaster, Yukon Striker takes care of both of those items.

We had the opportunity to experience the record breaking coaster during Media Day at Canada’s Wonderland yesterday, and here’s a little of what we saw. 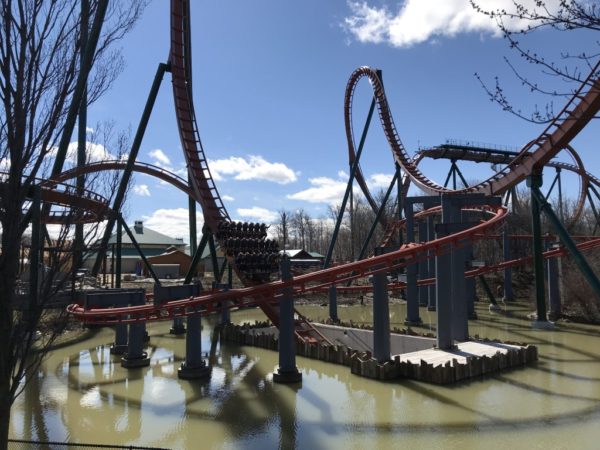 Lots of people think that another B&M dive coaster at a Cedar Fair park means a carbon copy of Valravn at Cedar Point. This could not be further from the truth. Although there may be similarities between Valravn and Yukon Striker, there are enough differences to make it stand out from the crowd. 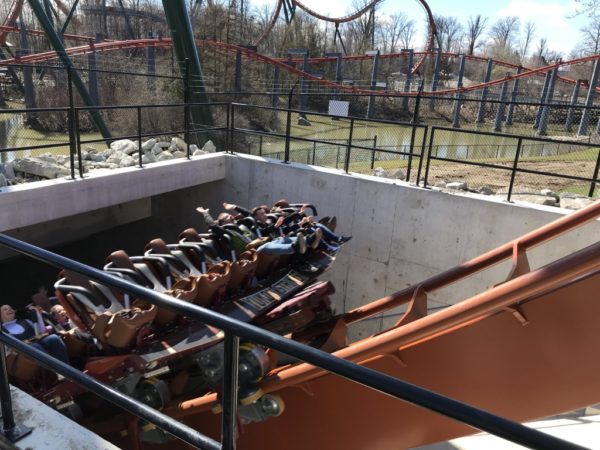 Yukon Striker and Valravn may offer the same height of 223 feet tall; however, Yukon Striker offers a drop of 245 feet and includes an underwater tunnel at the bottom of the first hill, while flying through the center of the turnaround on the Vortex roller coaster. Hanging at the top of the drop, you can only hope for that zen experience to be perfectly timed with Vortex flying around the turn. 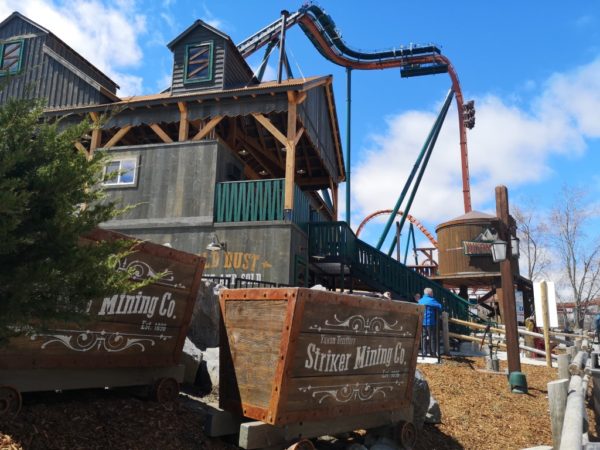 After emerging from the tunnel, guests climb a mountain of an Immelmann loop that takes you hanging over the lagoon you just passed under. Are you ready to push aside that copycat claim now?

Next, Yukon Striker then zips through a zero-g roll, followed by the first-of-its-kind (on a dive coaster) 360-degree vertical loop that leaves you all kinds of disoriented as to which way is up. 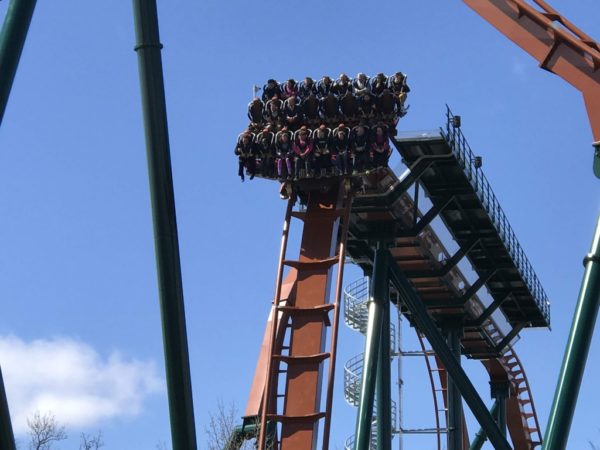 This is when our desire for fast and FUN really picks up, as Yukon Striker attempts to re-orientate your equilibrium by taking you over a smaller dive and into a really FUN helix before returning to the station. 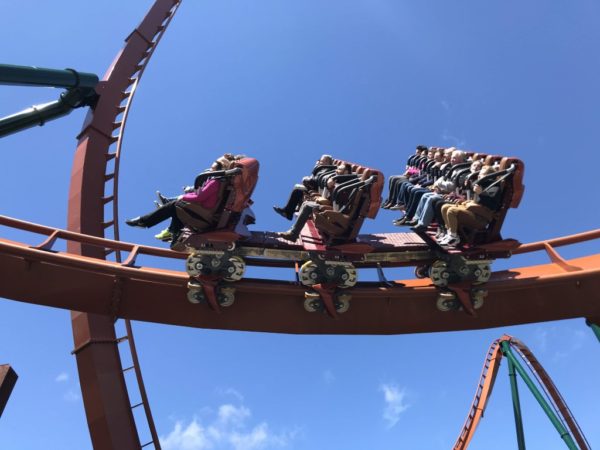 The Yukon Striker trains feature 3 rows of 8 riders each for a total of 24 passengers per train. The restraints are the over-the-shoulder vest style with plenty of give in the upper body.

For guest looking for a little extra room, head to the seats with red seat belts in each row. (Seats 3 and 6) 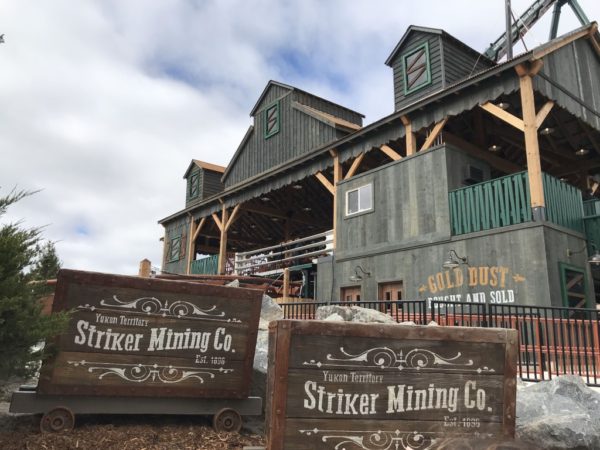 Yukon Striker is the signature attraction of a whole new Frontier Canada section of the park, displaying a rugged Yukon backcountry during the Klondike Gold Rush era of the late 1890s. The theme is beautiful and also features other signature rides including Lumberjack, Flying Canoes, Mighty Canadian Minebuster, Soaring Timbers, Timberwolf Falls, and White Water Canyon.

Yukon Striker in particular features plenty of classic gold rush era details that make you feel like you are in another time, yet with the most modern of roller coasters. 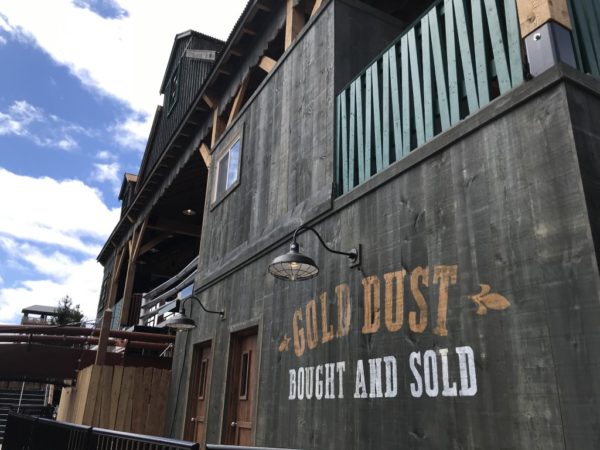 Workers were still busy making final details “show ready,” so we are excited to return to the park later in the season and see how the Frontier Canada theming reshapes the landscape. 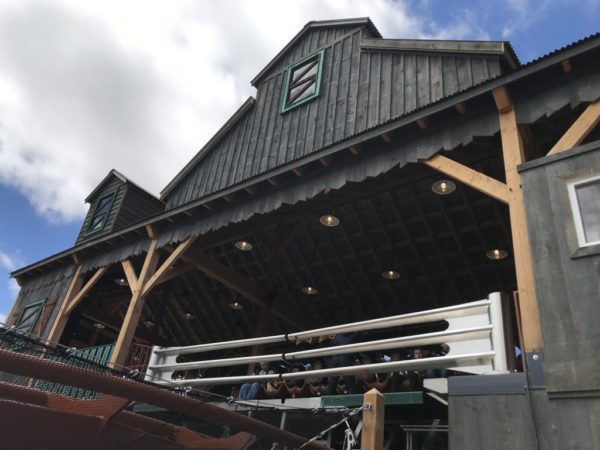 The Yukon Striker station will feature your standard typical queue, as well as a single rider line and separate queue for Fast Lane. 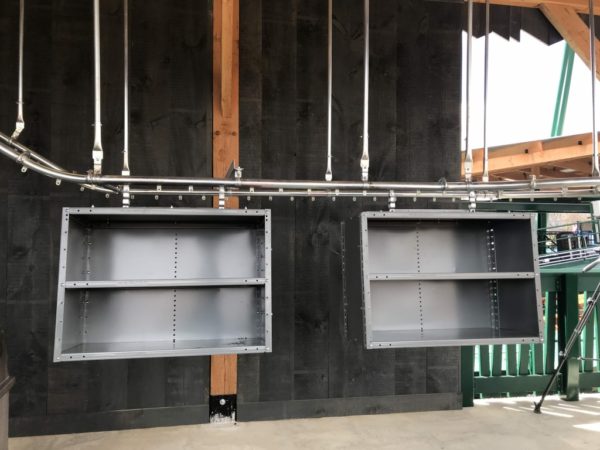 What is even more exciting is what will reside inside the station. As guests are allowed into the station at the top of the stairs, they will be given the opportunity to place their loose items into a bin. The system will then be calibrated to know how many trains are operating and the length of your ride. When you get off Yukon Striker, your bin with your belongings will be waiting for you at the exit.

Picture a large conveyor holding bins that will know when you get off the attraction. It is a very interesting new concept for Cedar Fair parks that we are really excited to see evolve and how well it operates. 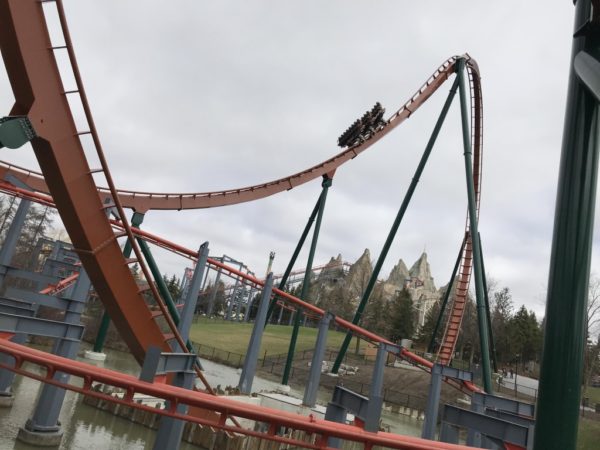 Yukon Striker makes for an exciting and FUN new experience at Canada’s Wonderland. Pulling up the park, Yukon Striker is an impressive monster of a roller coaster that drastically reshapes the profile of the park. Together with all the new Frontier Canada theme, the entire area of the park is revitalized with excitement, with room for new improvements into the future. 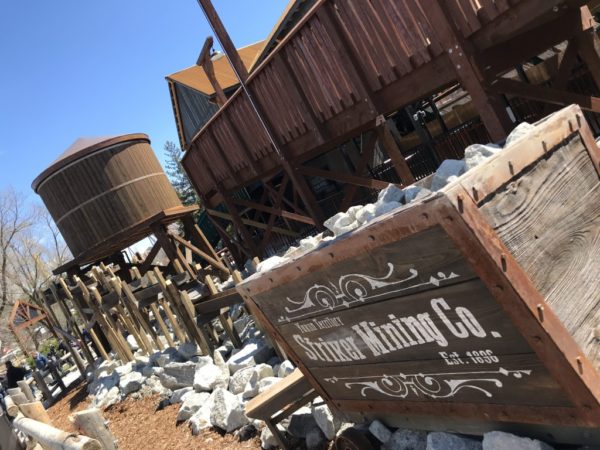 Want to join the Coaster101 team or have a guest blog featured? Click here to learn more!

(All Photos Courtesy of CPFoodBlog)