See the Incredible 2016 Wildlights at the Columbus Zoo

Last Thursday night (11/17) we got a preview of Wildlights at the Columbus Zoo and this year it’s bigger and better than ever, with new attractions and traditional favorites. “Wildlights is a fantastic time to visit the Zoo because you get the best of two worlds – you can visit amazing animals during the day, and stay for the dazzling light shows after dusk,” said Tom Stalf, President and CEO of the Columbus Zoo and Aquarium. “Between the newly renovated North America area and the new LED attractions, Wildlights is set to be more dazzling than ever before.” 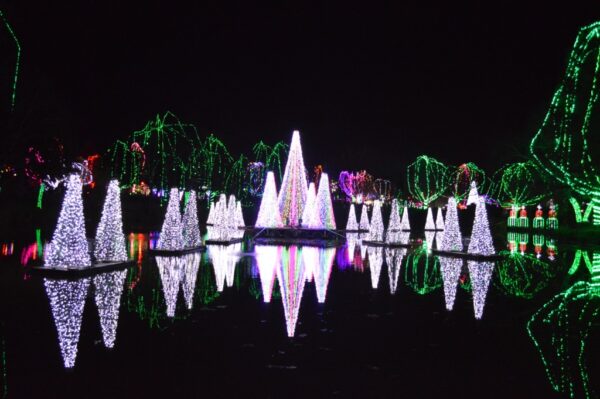 This year’s Wildlights, efficiently powered by AEP Ohio, introduced a 42-ft tall, LED-powered Sparkling Spruce attraction. This 21st century tannenbaum features light and sound displays to delight visitors of all ages. I really enjoyed this addition as it seems to have a very large number of “show” segments with constantly changing music, light patterns, and all with a conservation-friendly message. 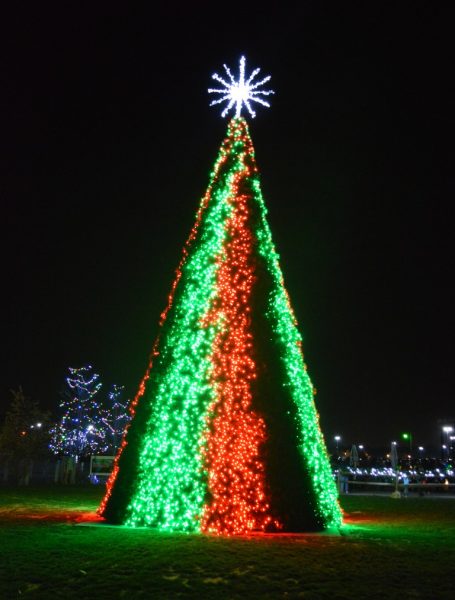 The Holiday Skate Rink is actually made of a synthetic surface and has an open-air design (additional fees may apply). It’s located in the turnaround of the tram to Africa/Polar Frontier.

Ever skated on synthetic ice?

Tinseltown is a nostalgic tribute to beloved holiday films and television specials and is located in the AsiaQuest building. 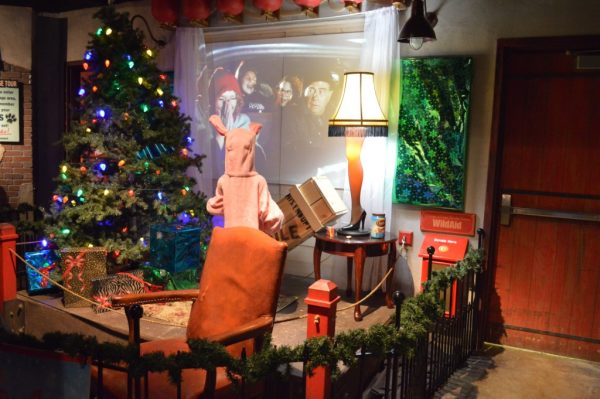 Other attractions include Santaland where you can take a picture with Santa, Do You Want to Build a Snowman SEEK-AND-FIND presented by “Disney on Ice: Dream Big”, a fun opportunity to win special Disney prizes, Santa’s Reindeer Coral, featuring the beautiful reindeer living at the Zoo, Oak Ridge Bears Jamboree , a performance by animatronic bears and Polar Express, a train ride through the North America region (additional fees may apply). 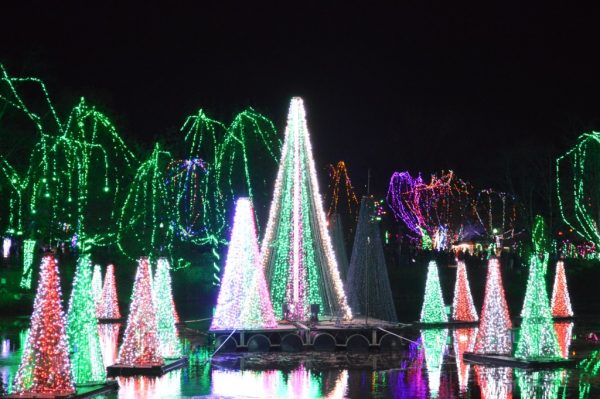 And the tunnel under Riverside Drive separating the East and West sides of the zoo should be considered an attraction itself too:

Walking through the light tunnel @columbus_zoo

Of course, the main attraction is the Animated Musical Light Shows at Conservation Lake. Every fifteen minutes the lights come alive and dance to music, as you can see in my montage video below. Keep in mind I only filmed about 70% of the zoo too!

The Columbus Zoo has really stepped up their game this year. I think this might be the best park-wide Christmas lights I’ve ever seen. Yes, the Osbourne Christmas Lights at Disney’s Hollywood Studios were spectacular, but that was just one street., where this is spread out across an entire park. There really aren’t any dead or blank areas throughout the zoo. I also find it interesting how different parks use different techniques for their Christmas light displays. For example, the majority of Dollywood’s lights are covering all the buildings, while at the Columbus Zoo almost none of the buildings have lights; they’re all located in the trees!

Wildlights is open to the public until Jan 1st. Will you be going? What are your favorite Christmas lights to see?