The Intamin coaster has been under wraps (literally) for most of its construction. The highly shrouded project has attracted a considerable amount of attention.

This week’s new photos show off the twisted mess of steel sans plastic wrap. See some of the photos below to get an idea why so many are talking about this fascinating and mysterious work of coaster art. 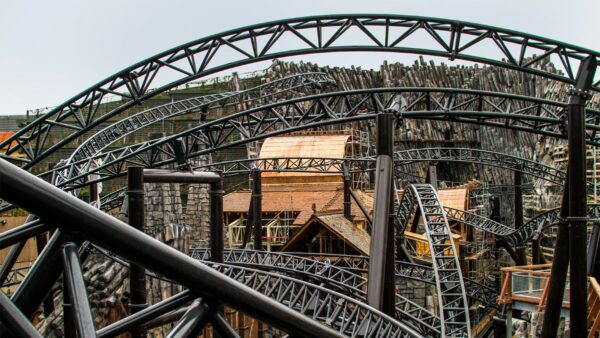 While the track is complete, the park is still working on the thematic elements. It will likely look completely different once complete.

Taron’s logo has already been unveiled. The coaster will be the focal point of the also new themed area “Klugheim.” 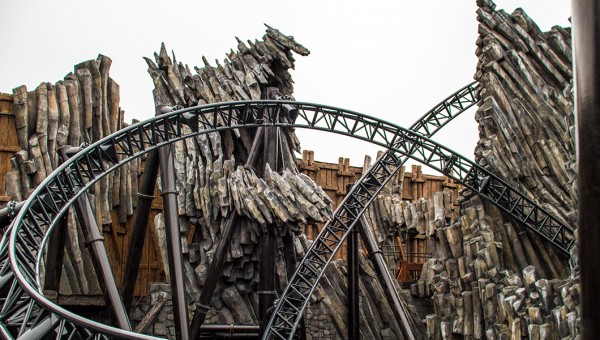 While the coaster’s exact stats are still unknown, the park says that Taron will be Europe’s fastest multi-launch coaster. 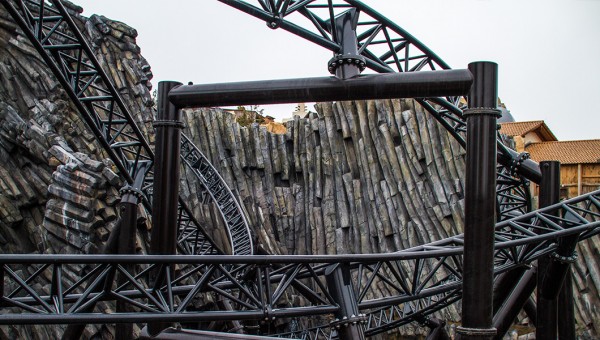 In true Phantasialand fashion, the coaster is beautifully themed with intricate rock- and woodwork.

The layout keeps close to the ground, dipping above and below the intricate, jagged set pieces. The black track blends flawlessly with the dark, earthy canyons and crevices. 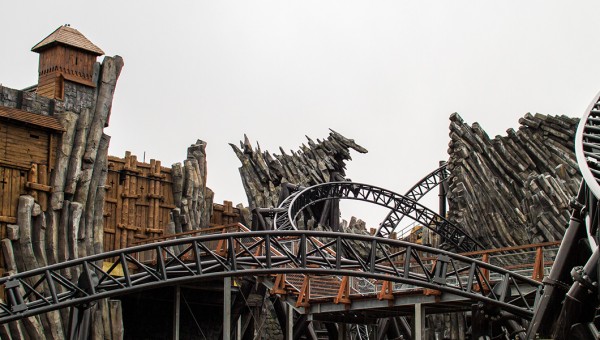 Rumor has it that the coaster will cross over and under itself an unbelievable 116 times. I do believe that will be a world record.

Watch a video of the Taron construction site below:

You’ll likely need a translation, but this blog post about Taron is quite a fascinating read. The design and engineering team is putting a considerable amount of effort to ensure Taron is an immersive and thrilling experience.

This upcoming season is shaping up to be an exciting one for Phantasialand. What do you think about Taron? Raik? Discuss in the comments section below.