Several news outlets near Lagoon are reporting that the amusement park will debut “Cannibal,” an impressive steel coaster that has been under construction for two years.

Details are still very limited as the park has not made an official announcement, but a media event hosted by the park earlier today led to the release of some exciting information about the in-house coaster. 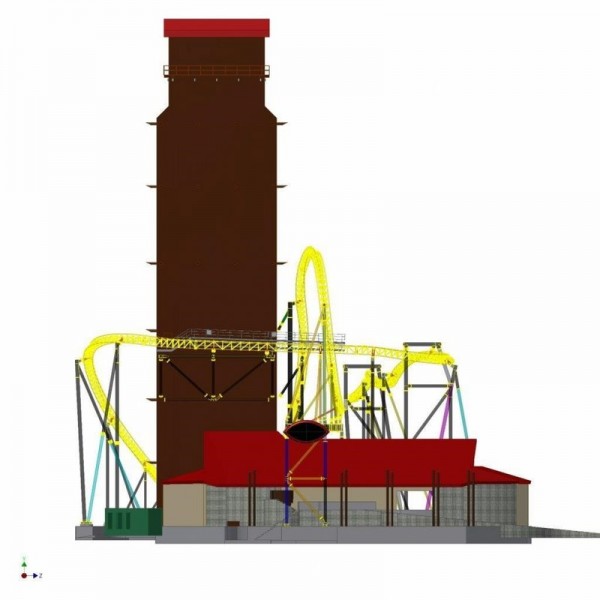 Note: Cannibal’s track will be red, not yellow as seen in these renderings. 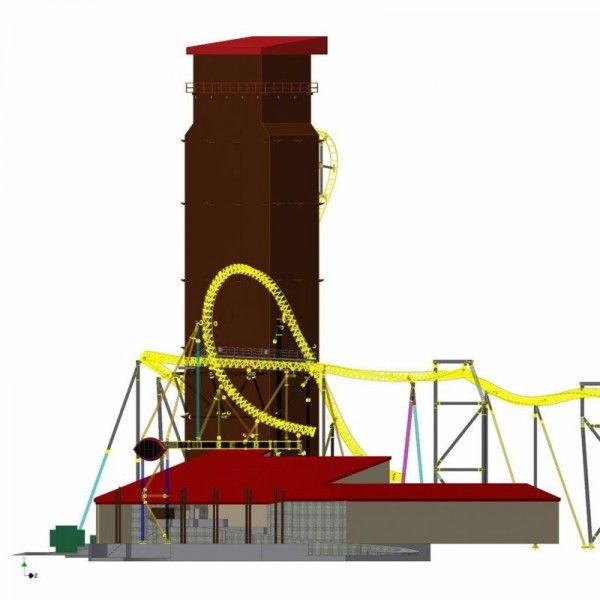 If you look closely at the top of the tower structure, you can see a small section of the beyond-vertical drop. 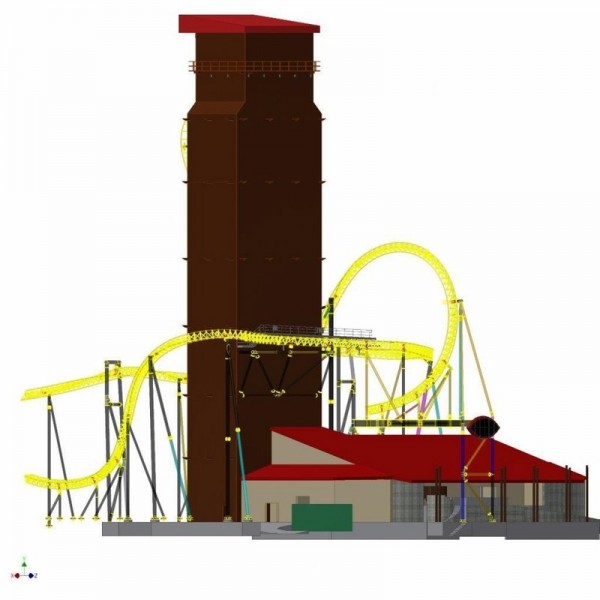 This will certainly be one of the more bizarre-looking coasters in the United States. 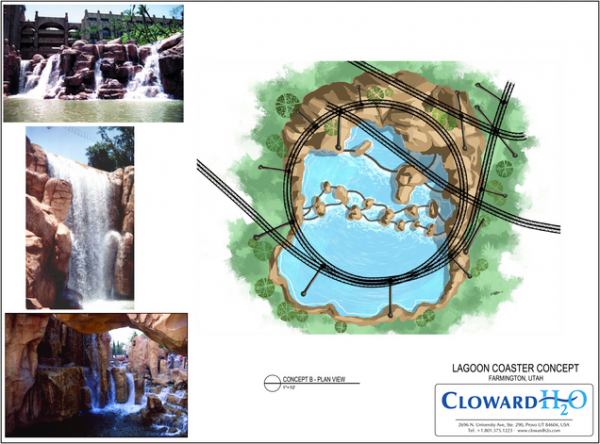 The coaster will also include thematic elements such as rock-work and water features.

Local news outlets covering the event shared some photos featuring Cannibal renderings. Hopefully the park will release larger sizes of these in the coming days: 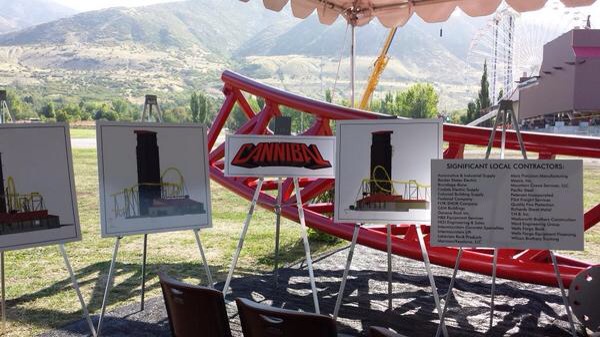 Cannibal will be the tallest attraction in the park at 208 feet. The coaster will be custom built by Lagoon.

“We have named it Cannibal because in our collective mind it will eat other roller coasters in their tracks,” said Julie Freed, spokeswoman for Lagoon.

Cannibal’s most striking feature at first glance is its 208-foot tower which riders will climb before plunging into an underground tunnel. The coaster will also include three inversions and a top speed of 70 mph.

The park positioned a few pieces of Cannibal’s red track at the media event today: 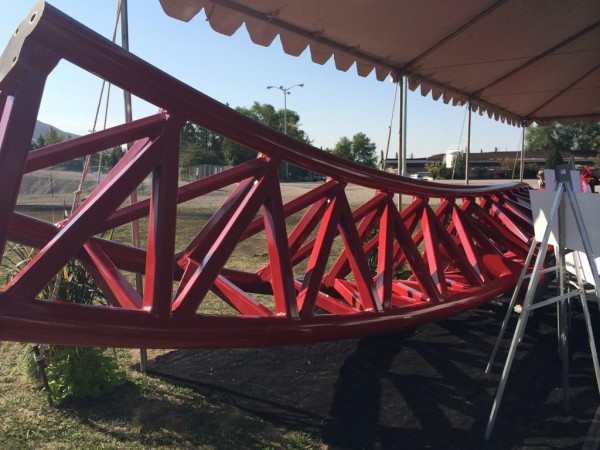 Stay tuned as we update this page with more details as we receive them.

What are your initial thoughts about Cannibal? Discuss in the comments section below.