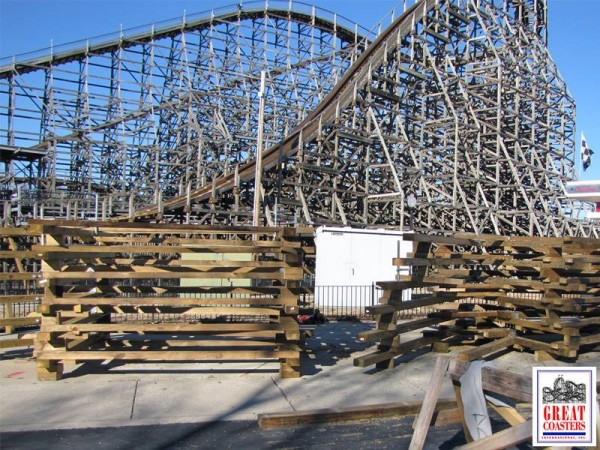 The coaster opened in 1994, along with its sister coaster of the same name and design at Kings Dominion. 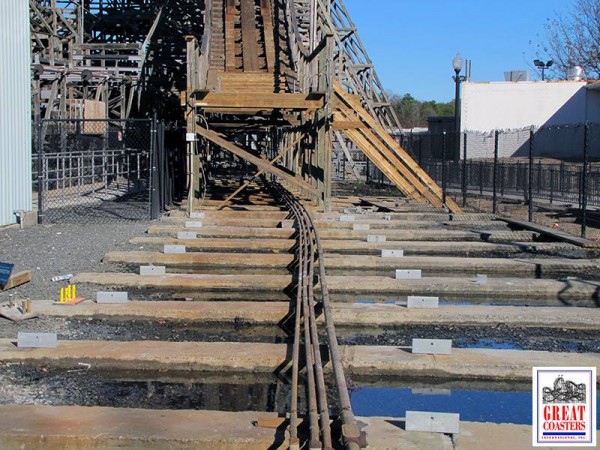 “The old structure has been removed from the curve after the first drop,” GCI reports. 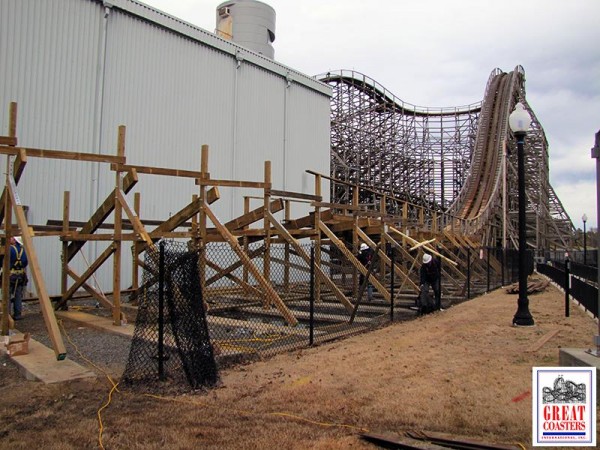 Seen here are more bents being installed. From some angles, one might think that GCI is building a new coaster from scratch. 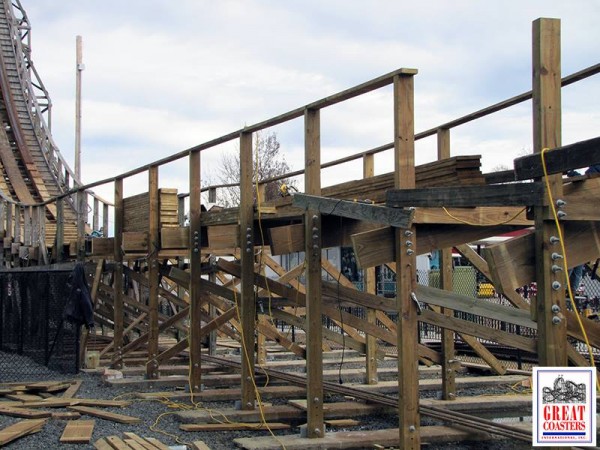 Visible in the photo above is the transition from the “old” Hurler to the “new” Hurler. 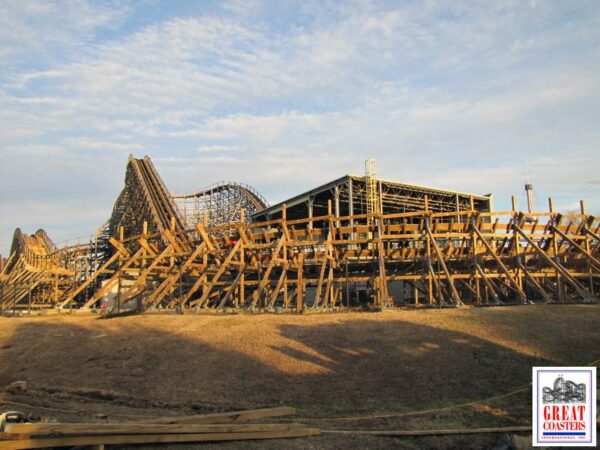 This overview shot shows much of GCI’s work done so far, including this turn that wraps around the loading station. 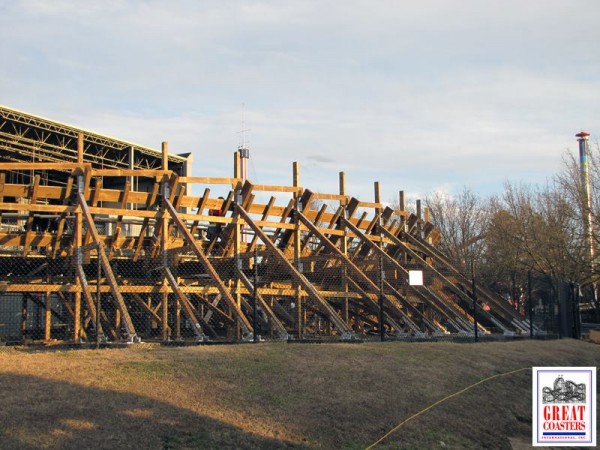 GCI believes that this improved turn will help with both maintenance and rider experience. 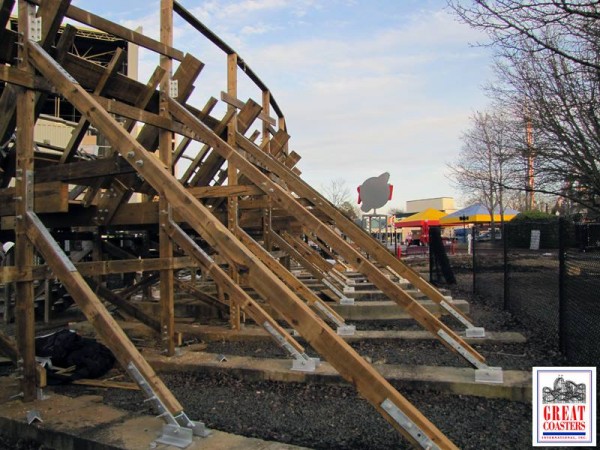 Stay tuned to GCI on Facebook as they document the continued work on Hurler, which is expected to open as scheduled for the 2014 season.

What other wooden coasters could use a touch of GCI’s magic? Share your ideas in the comments section below.