Six Flags St. Louis has opened Boomerang, the park’s ninth coaster. Relocated from Six Flags over Texas where it was known as Flashback, the coaster received a new color scheme and a general refurbishment during the move. 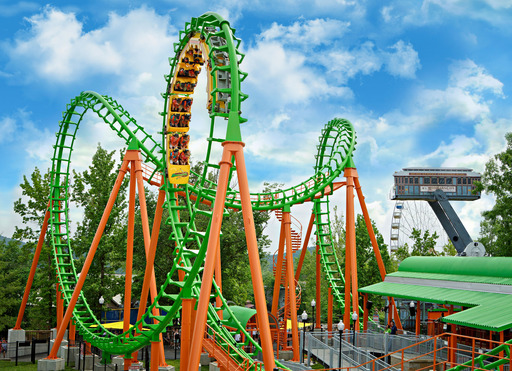 “Boomerang features a 28-passenger train which is pulled up 125 feet backward to the top of a lift hill and then released to propel riders through a half loop, a right half cork screw, a left half cork screw and another half loop. Riders have just seconds to catch their breath before flying through a full loop and climbing another lift hill, eventually taking the train full-circle through the rolls and spirals again. The dual lift hills of Boomerang takes riders up over The Screamin’ Eagle’s first drop, a view they can’t get anywhere else in the park. The bold orange and lime green twisting track of Boomerang is located in the Illinois section of the park.”

Watch a video of Boomerang in action below:

“Six Flags St. Louis is the Coaster Capital of Missouri with 9 roller coasters including 3 wooden and 6 steel, and combined they feature over 22,720 feet of roller coaster track. Four of the park’s coasters are currently listed in the Top 10 in North America according to the Roller Coaster Data Base including The Boss which is ranked #3 for Speed, #4 for Steepest Drop, #5 for Length and #7 for Height; and The Screamin’ Eagle which turns 37 this year and is still ranked #7 for speed.” 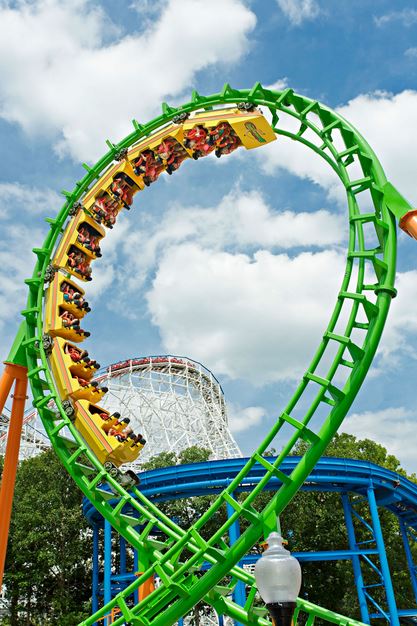 “As part of the opening day events, Six Flags St. Louis hosted throwers from the United States Boomerang team, including three-time member James Stickney, who has won two career tournaments and has found himself as high as fourth in the world rankings. Members of the team took the ceremonial first ride on Boomerang.”

The video below features members of the team riding Boomerang:

Have you ridden Boomerang at Six Flags St. Louis yet? How does it compare to other Boomerang models? Share your thoughts in the comments section below.