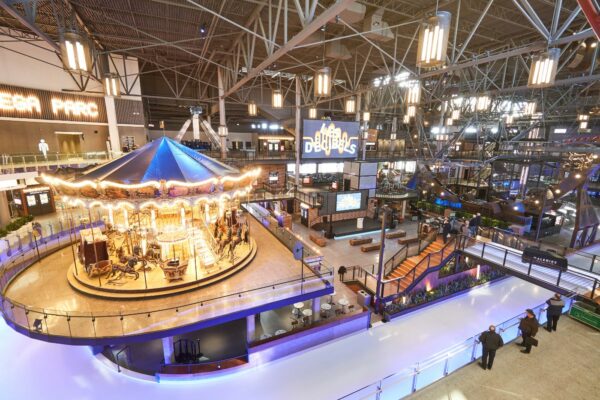 Électro — formerly known as Capitale Express — is one of the four rides returning from the original park. The family-friendly Mack coaster opened in 1988 and features a top speed of roughly 31 mph. Its layout encircles the park.

Watch an on-ride video of pre-renovation Électro (Capitale Express) below: 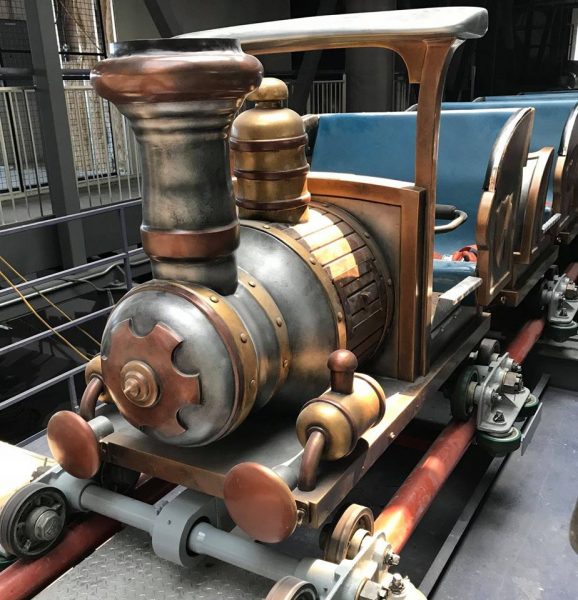 Télégraphe, is a new, 40-foot-tall suspended coaster. The single-rail ride is a “Cloud Coaster” model from Extreme Engineering. 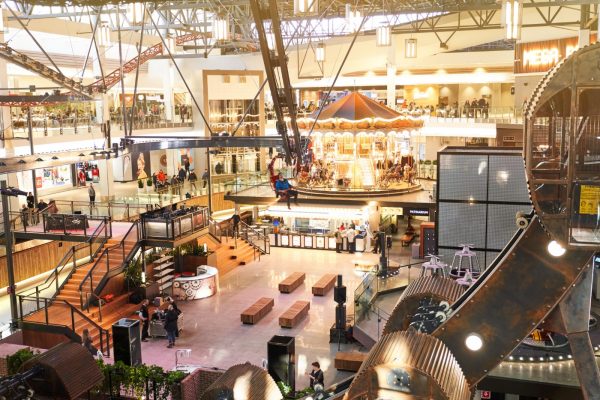 The single-seat cars will send riders flying over and around the park.

Télégraphe will also pass through one of the park’s most eye-catching attractions, Zénith — the first spokeless Ferris Wheel in North America. 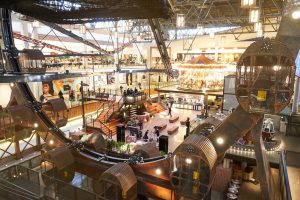 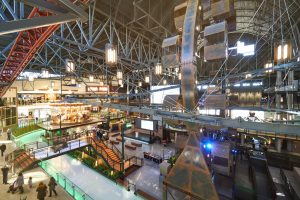 Below is a shot of the massive wheel under construction: 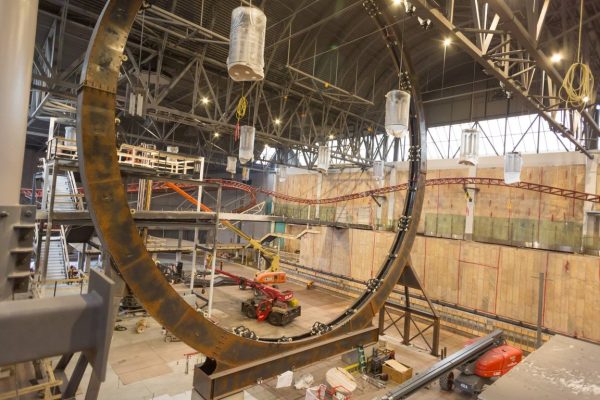 If the wheel reminds you of the popular Larson Loop ride (below), that’s because the “Hubless Wheel” is also from the Larson ride catalog. 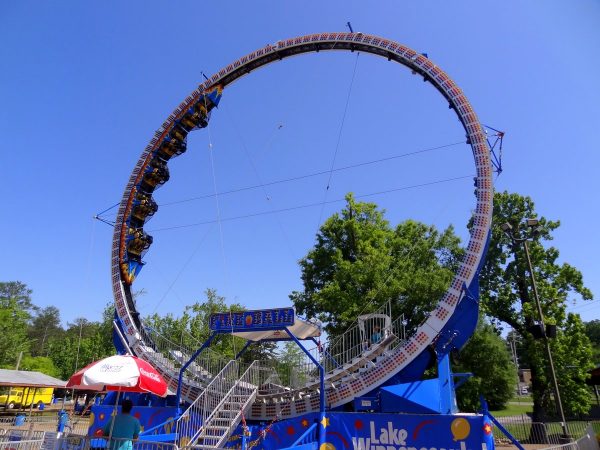 In addition to Électro, three flat rides are returning from the former iteration of Méga Parc: 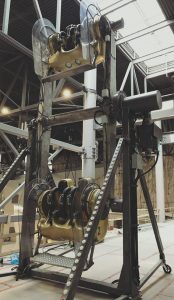 The park’s new rides include: 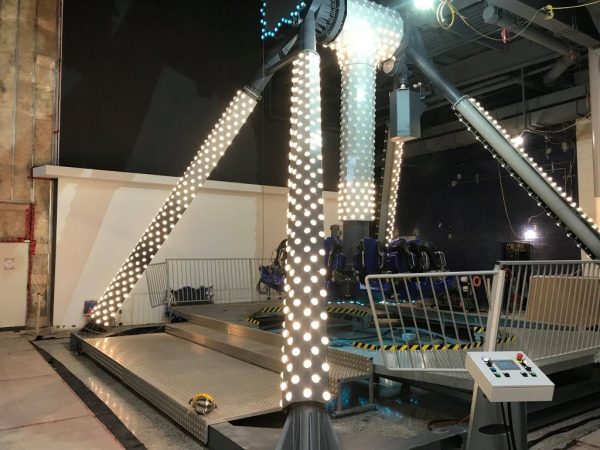 The former ice rink was condensed into the Patinarium “ice track” that weaves along the perimeter of the park: 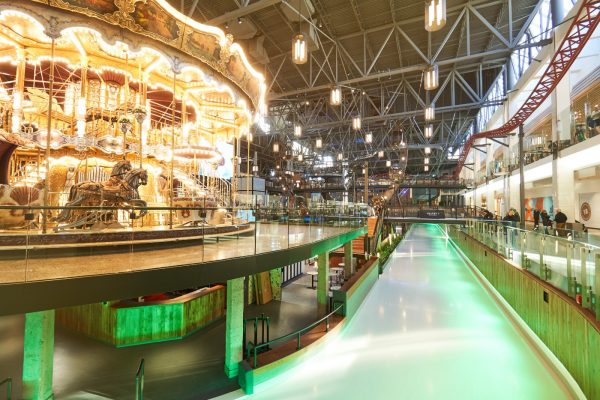 The park closed in September 2017 so that construction could commence. Watch the video below to see the park’s incredible transformation:

To get a better idea of the layout of the park, I stitched together the multi-layer interactive park map found on the Méga Parc website: 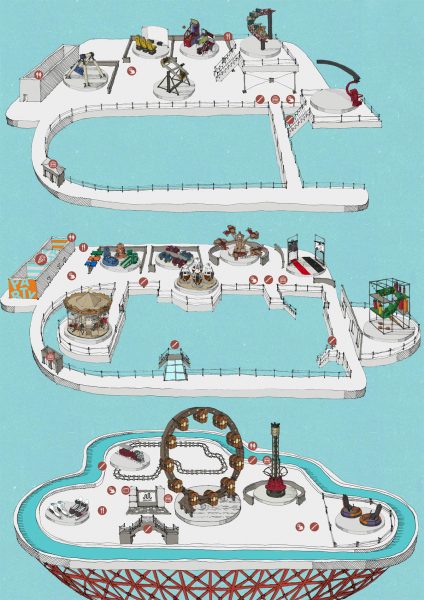 Did you visit the old Méga Parc or have you recently visited the new incarnation? Share your experiences in the comment section below.