Back on New Year’s Eve, prior to Ringing in 2019 on Afterburn, I was in the right place at the right time, as I ran into Steve Jackson, Director of Maintenance and Construction for Carowinds, who happened to be filling in scanning tickets for a few minutes at WinterFest. Talking with a few friends near the gate, Steve came up to us, and made some conversation about the holidays, before asking if there was anything we would like to see.

Not expecting anything, one of the friends I was talking to asked Steve if he could take us behind the fence at Copperhead Strike. He thought for a second, and said, “Sure, why not. Just the three of you?” It definitely wasn’t the answer we expected, but were thrilled. We were able to get a fantastic, albeit a little gray, view of the track. Here’s a little of what we saw. 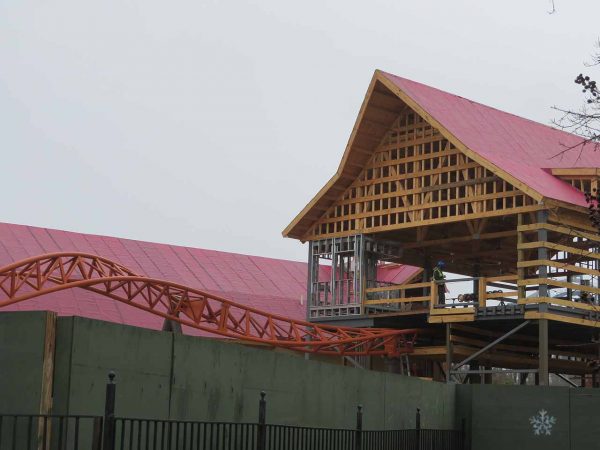 Work was being done in the station. That JoJo roll looks awesome! 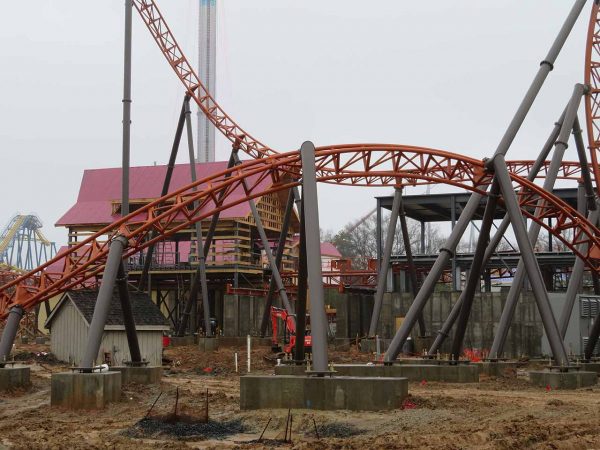 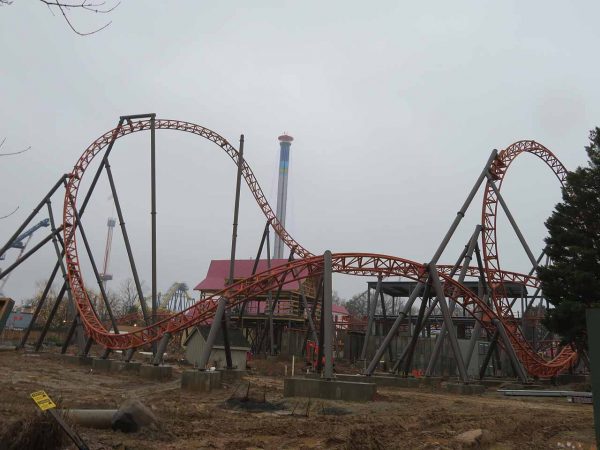 All of the track is in, there just needs to be a little more concrete work done on many of the footers. 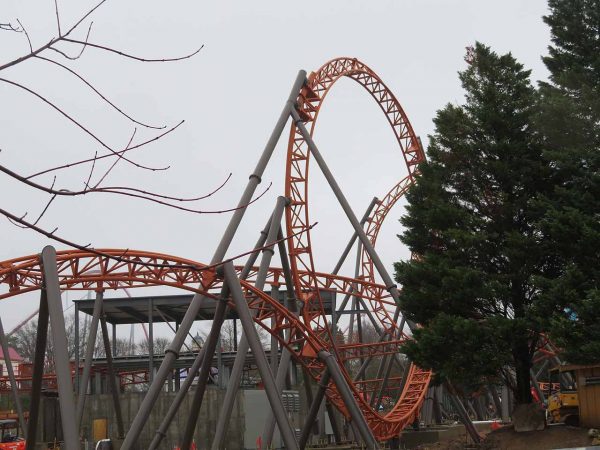 “There’s the LOOOP!” (The second of two on Copperhead Strike.” 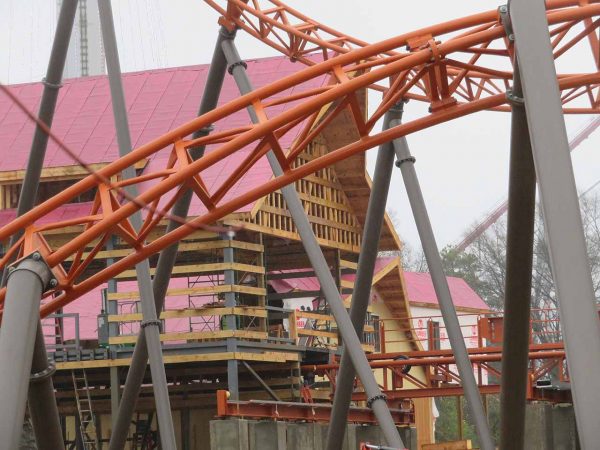 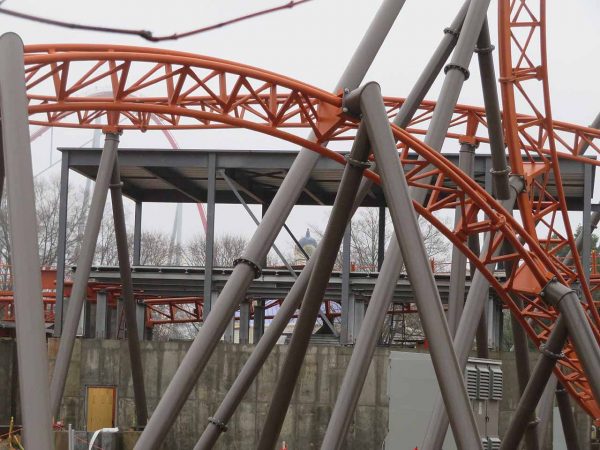 A look through the steel at the station and transfer track. 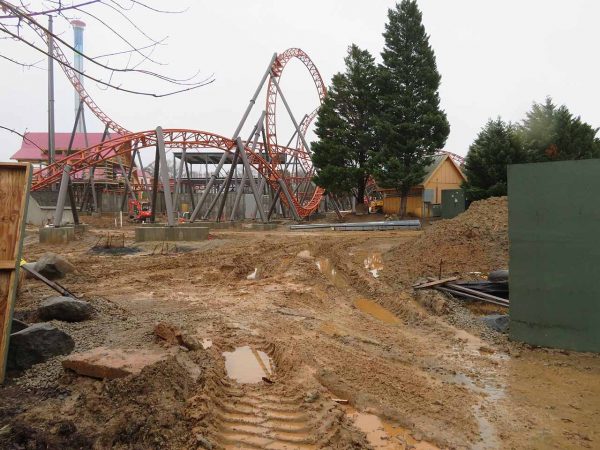 Steve told us while the site drained well, the day’s rain was still evident on the site. 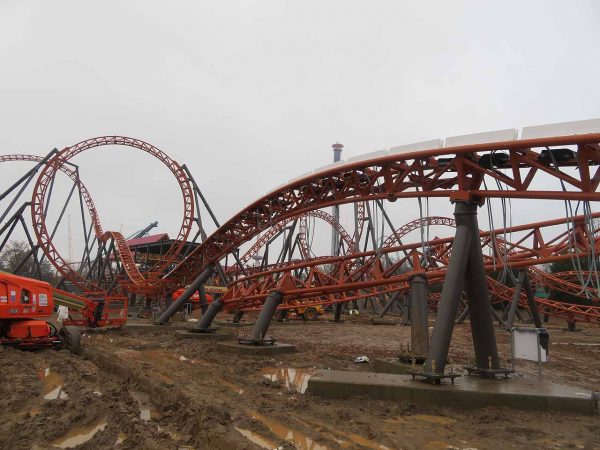 Here is the second of Copperhead Strike’s two launches. 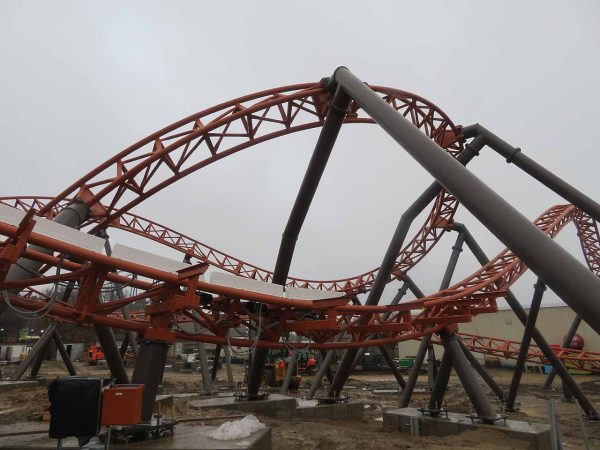 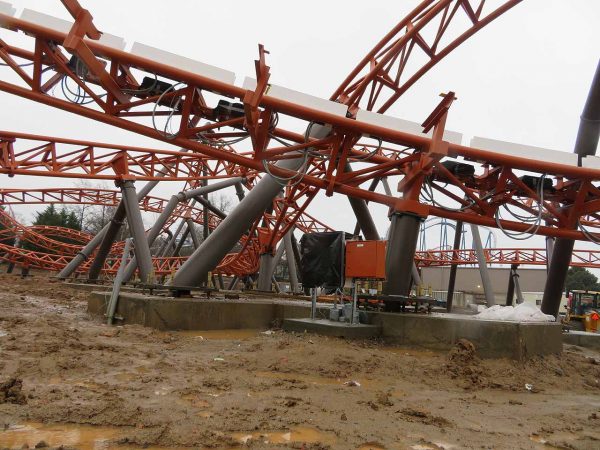 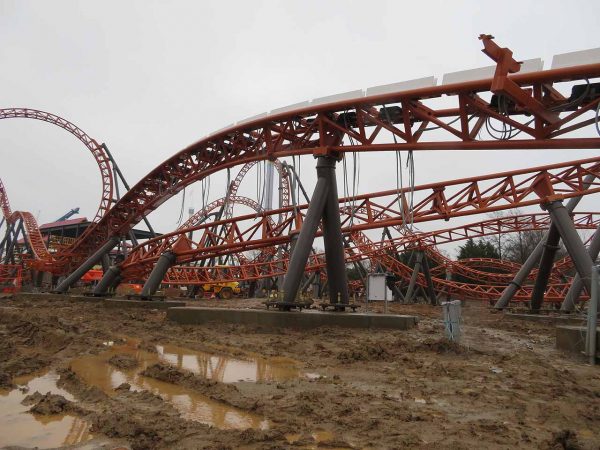 …until you crest the hill at the top of the launch… 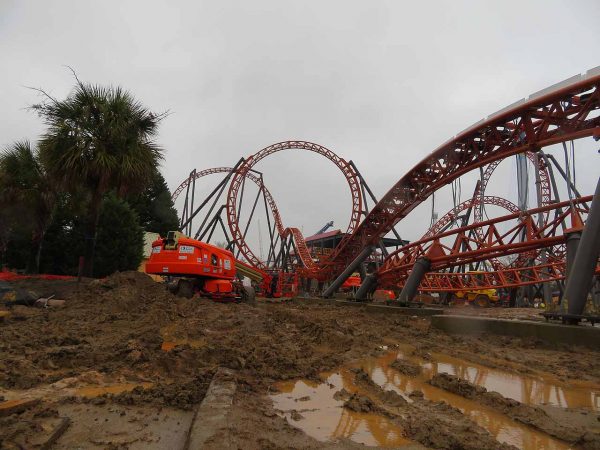 …before heading into another pop of airtime before the inverted top hat. I’m fully confident that this pop of airtime will be a favorite element of many coaster enthusiasts. 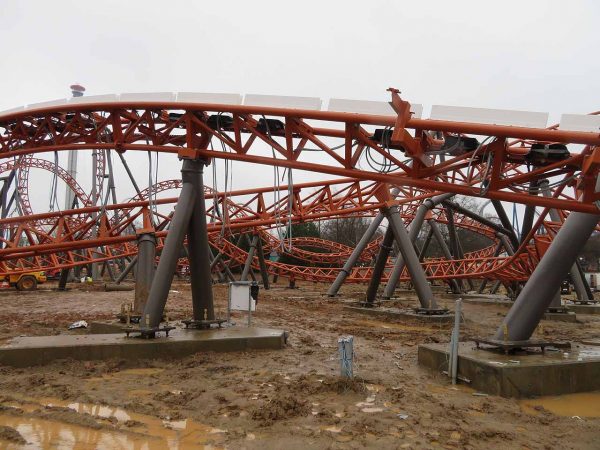 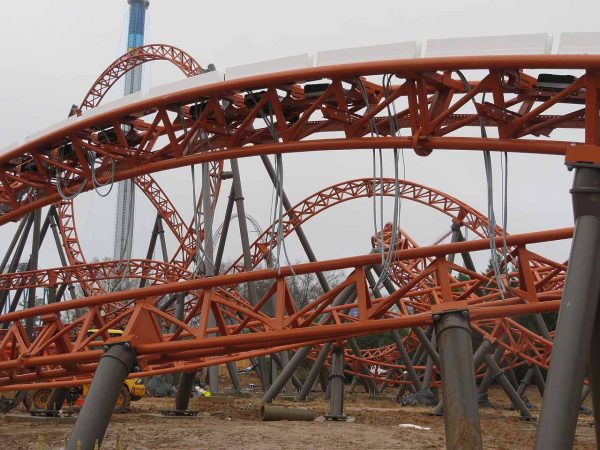 A look at the LSM Launch Fins. 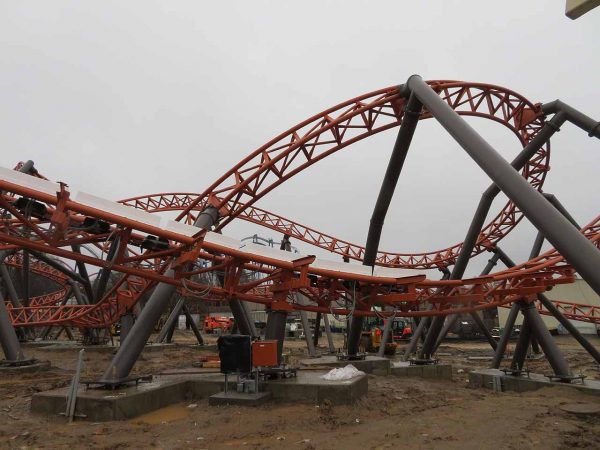 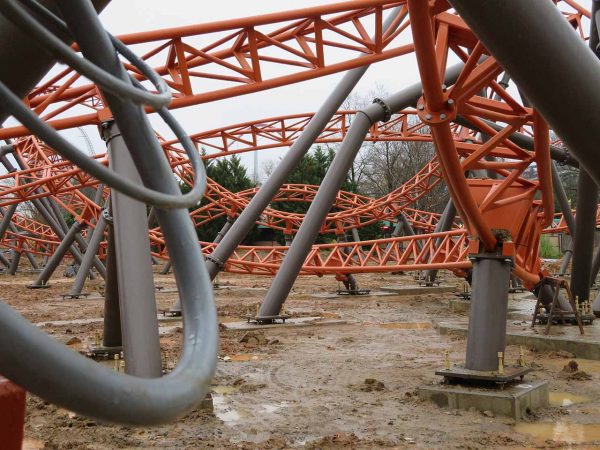 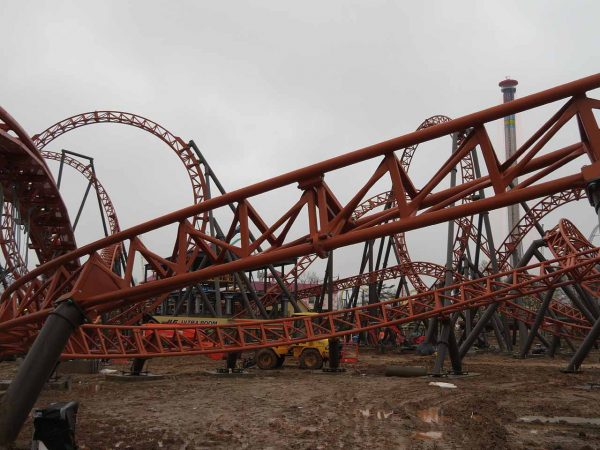 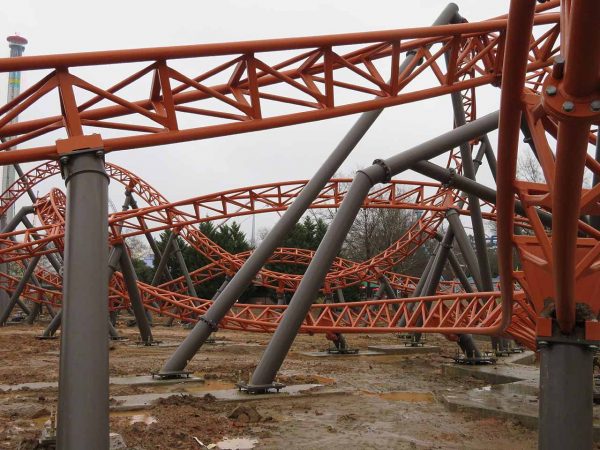 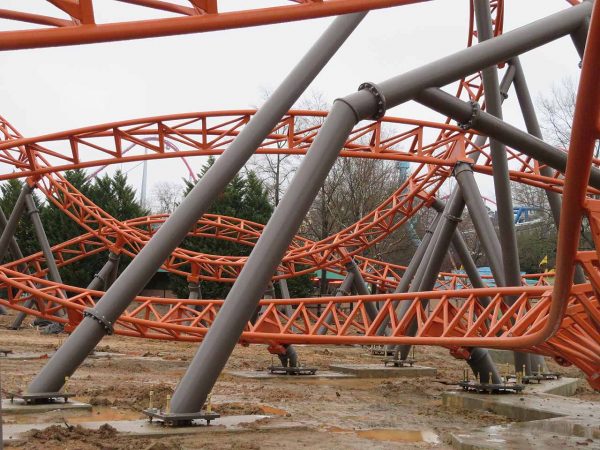 I love the layout of this coaster. A tangled web of steel, so close to the ground that you could almost reach out and touch it. 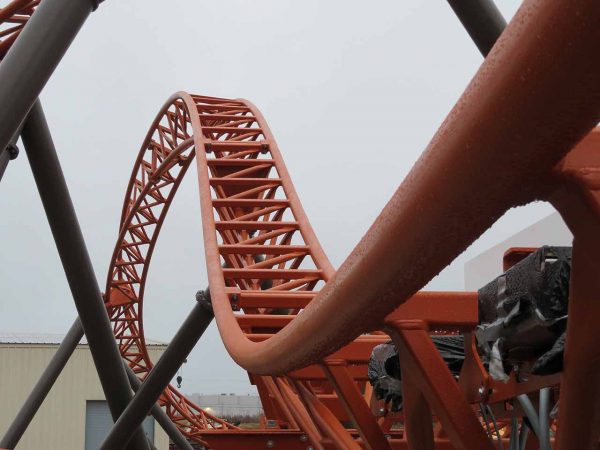 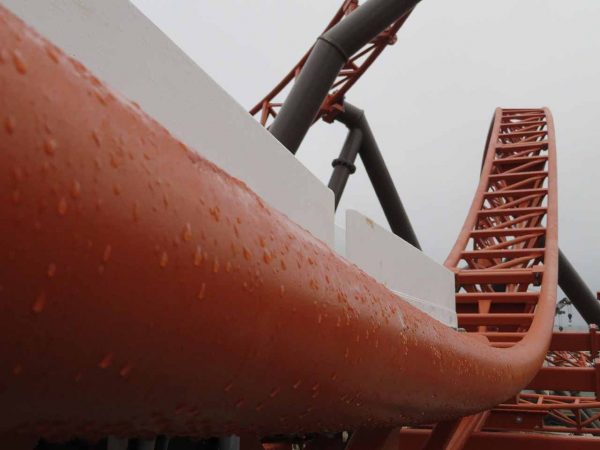 We braved the mud to get up close and personal with the track. 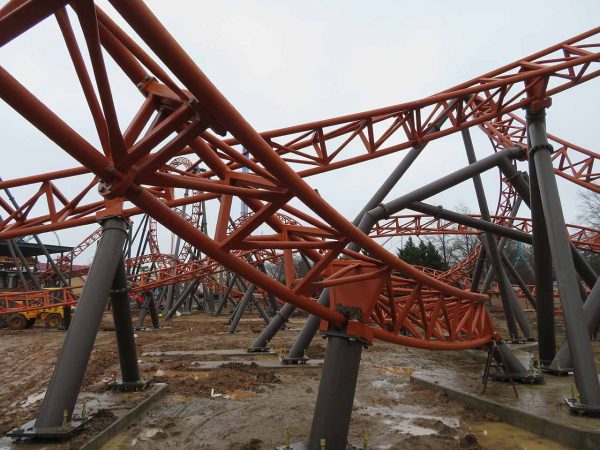 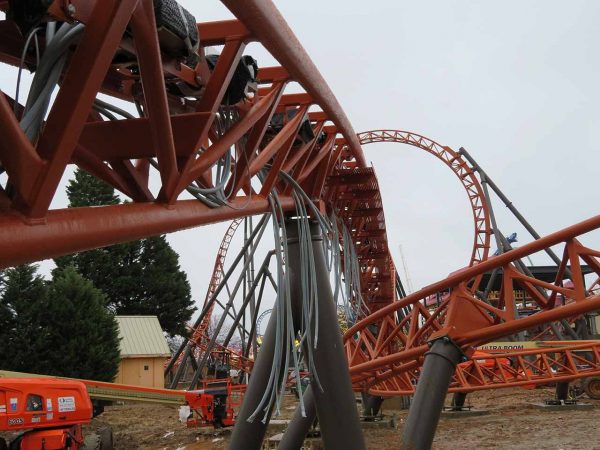 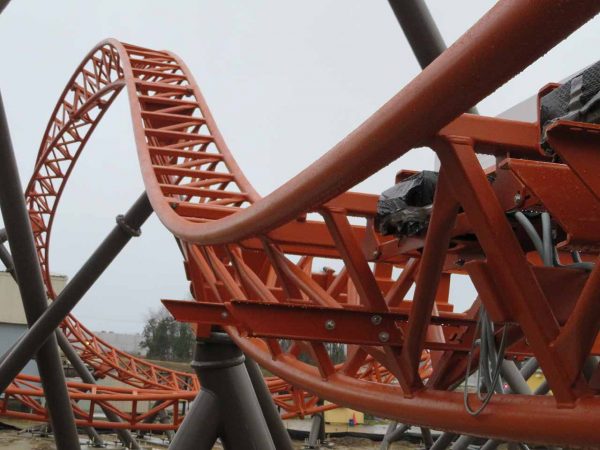 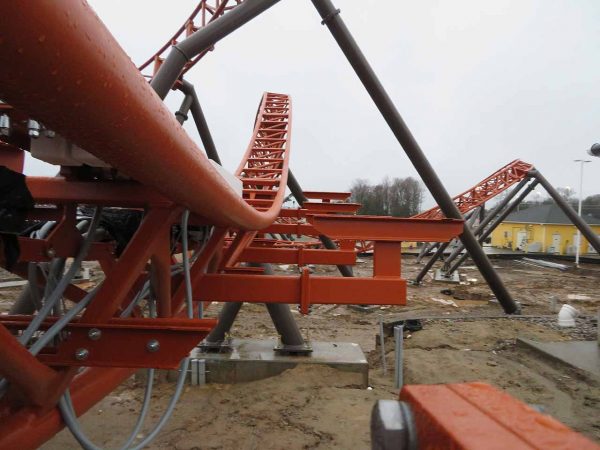 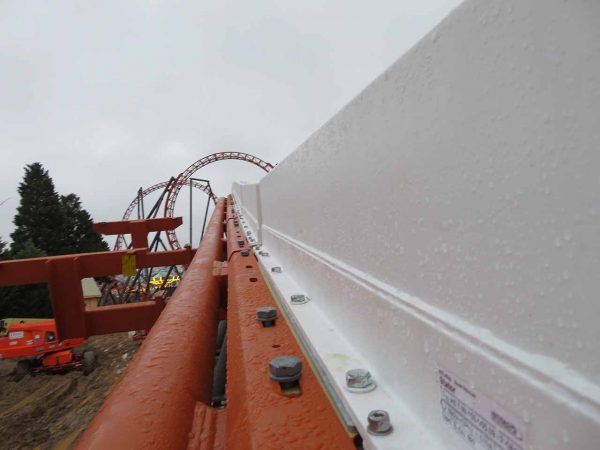 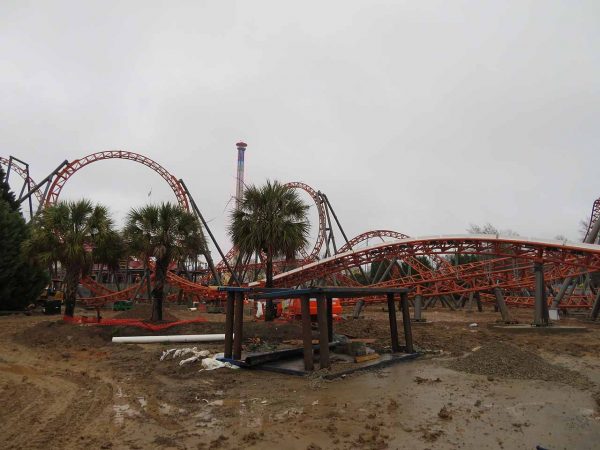 A wide shot of the launch. You can see portions of three of Copperhead Strike’s inversions here.