Chessington World of Adventures has revealed new details about its new-for-2023 World of Jumanji area, which will be home to a launched Bolliger & Mabillard (B&M) wing coaster, Mandrill Mayhem. The area, themed after the Jumanji children’s book and film franchise, will also feature two flat rides, food and retail. 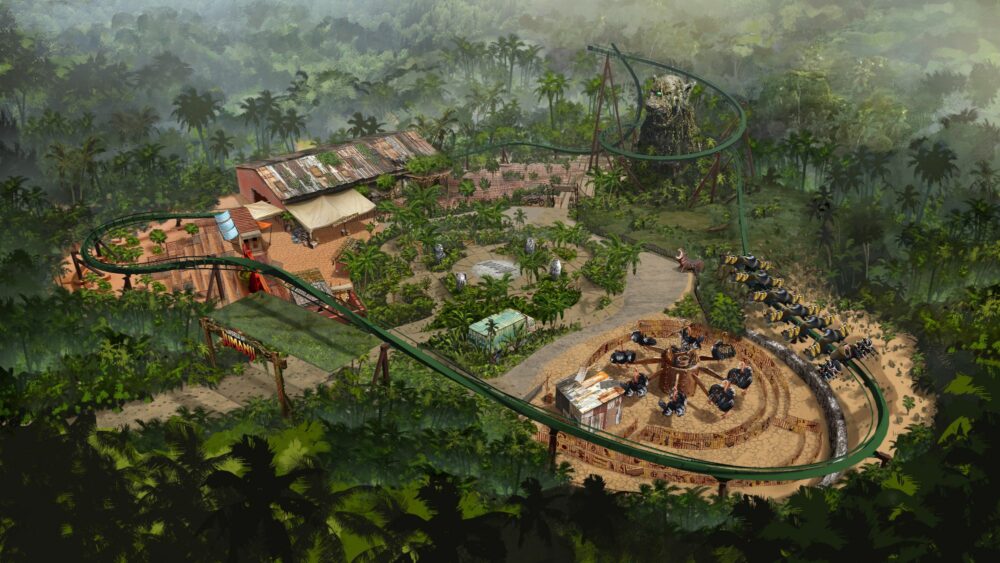 The UK theme park first announced the Jumanji area and coaster in August of last year, but details were limited.

Mandrill Mayhem, themed after the distinctive mandrill monkey (one of the largest in the world), will stand roughly 65 feet tall and feature a top speed of 44 mph thanks to a multi-pass linear synchronous motor (LSM) launch. The coaster’s track will stretch 1,246 feet in length.

It will also be the world’s first B&M shuttle coaster, meaning that it will not complete a full circuit but instead complete the entire layout in reverse. This will be the park’s first coaster added since 2004 when the Dragon’s Fury spinning coaster debuted. 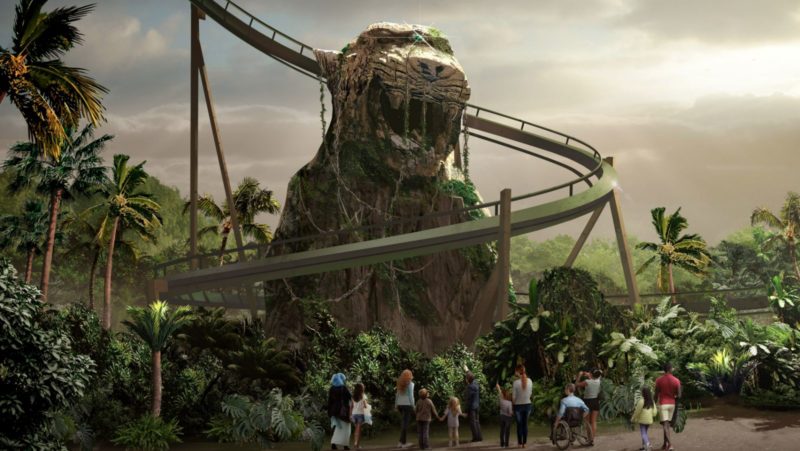 Rather than a traditional spike, the coaster’s track will culminate in a 360-degree rising helix that encircles a themed rock formation. 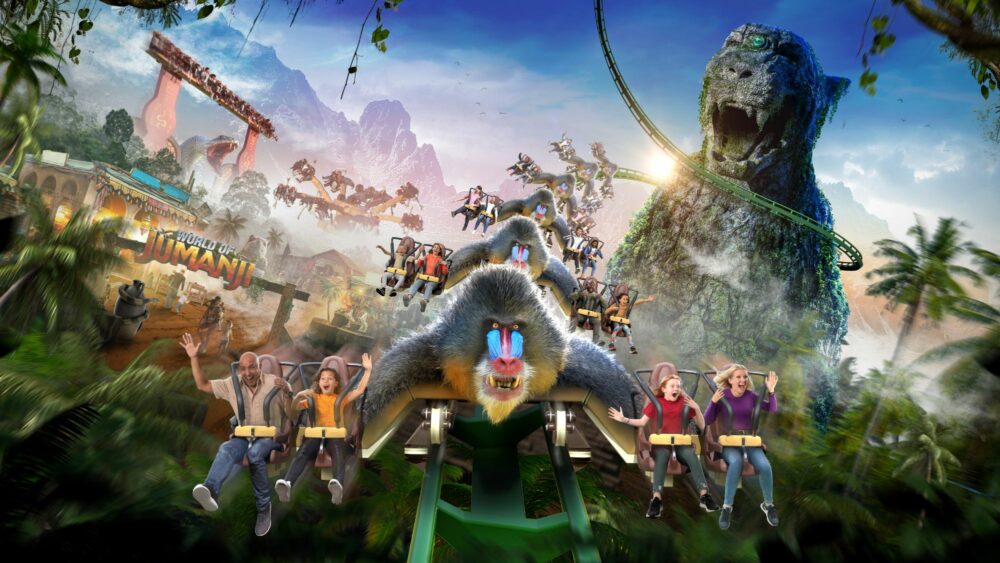 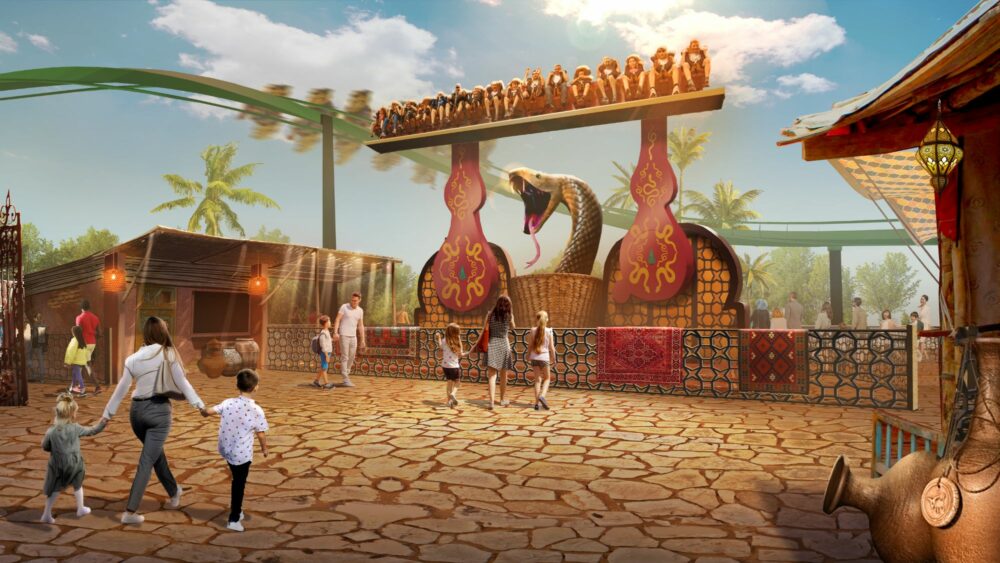 Mamba Strike will allow riders to “dodge the fangs of the black mamba on a dizzying, untameable ride in the bazaar.” 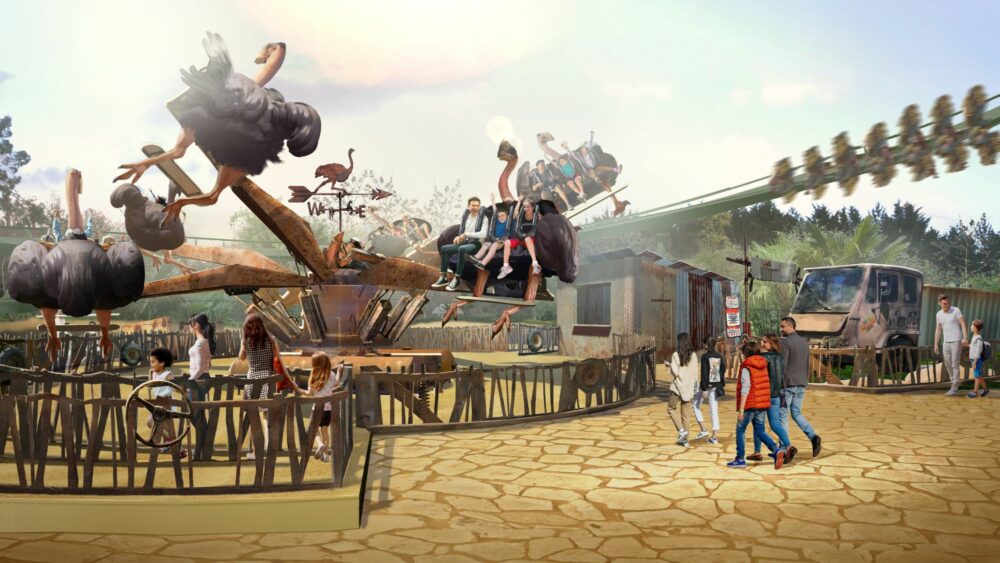 Ostrich Stampede will make riders feel as though they are swerving a “herd of stampeding ostriches on a whirlwind ride in the dunes.” 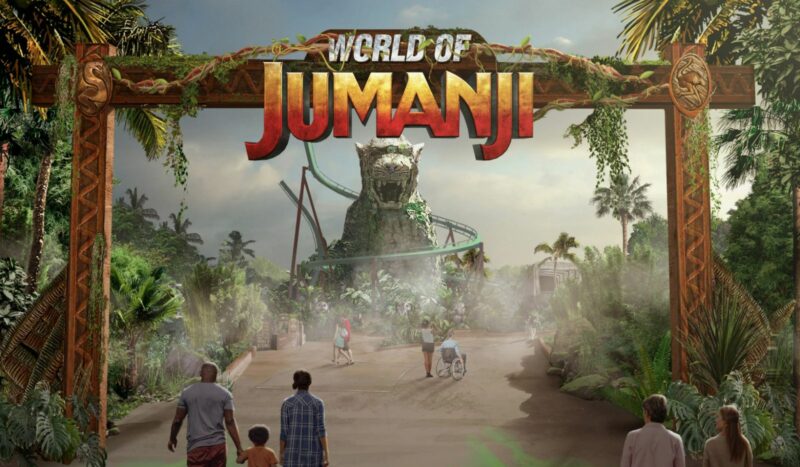 The World of Jumanji backstory tasks guests with following the Dr. Bravestone character (who was played by Dwayne “The Rock” Johnson in the 2017 Jumanji: Welcome to the Jungle film) to help “locate the Jaguar’s Eye Jewel, lift the curse and save Jumanji.”

The immersive land will feature a maze of pathways that mimic the iconic Jumanji board game. 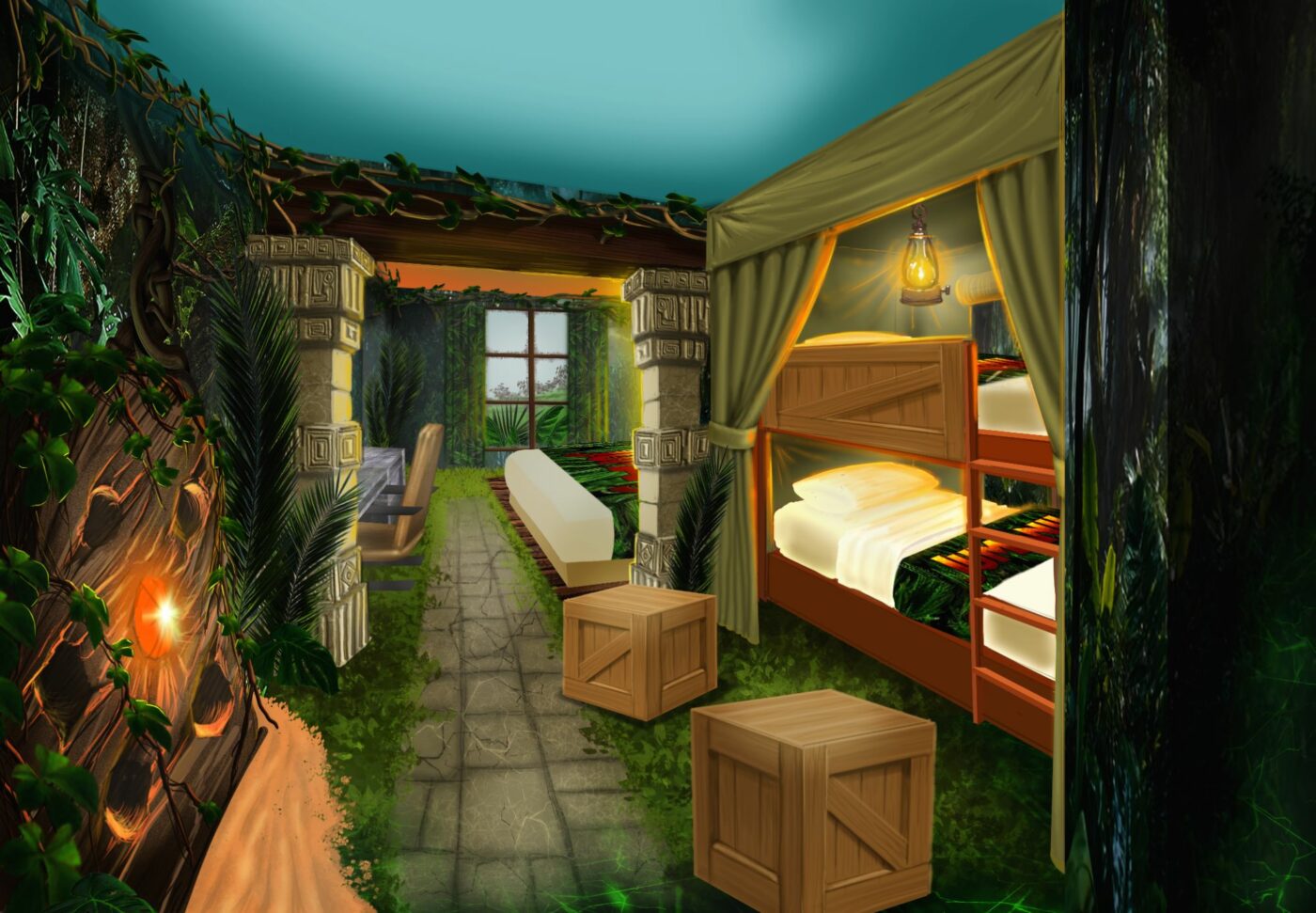 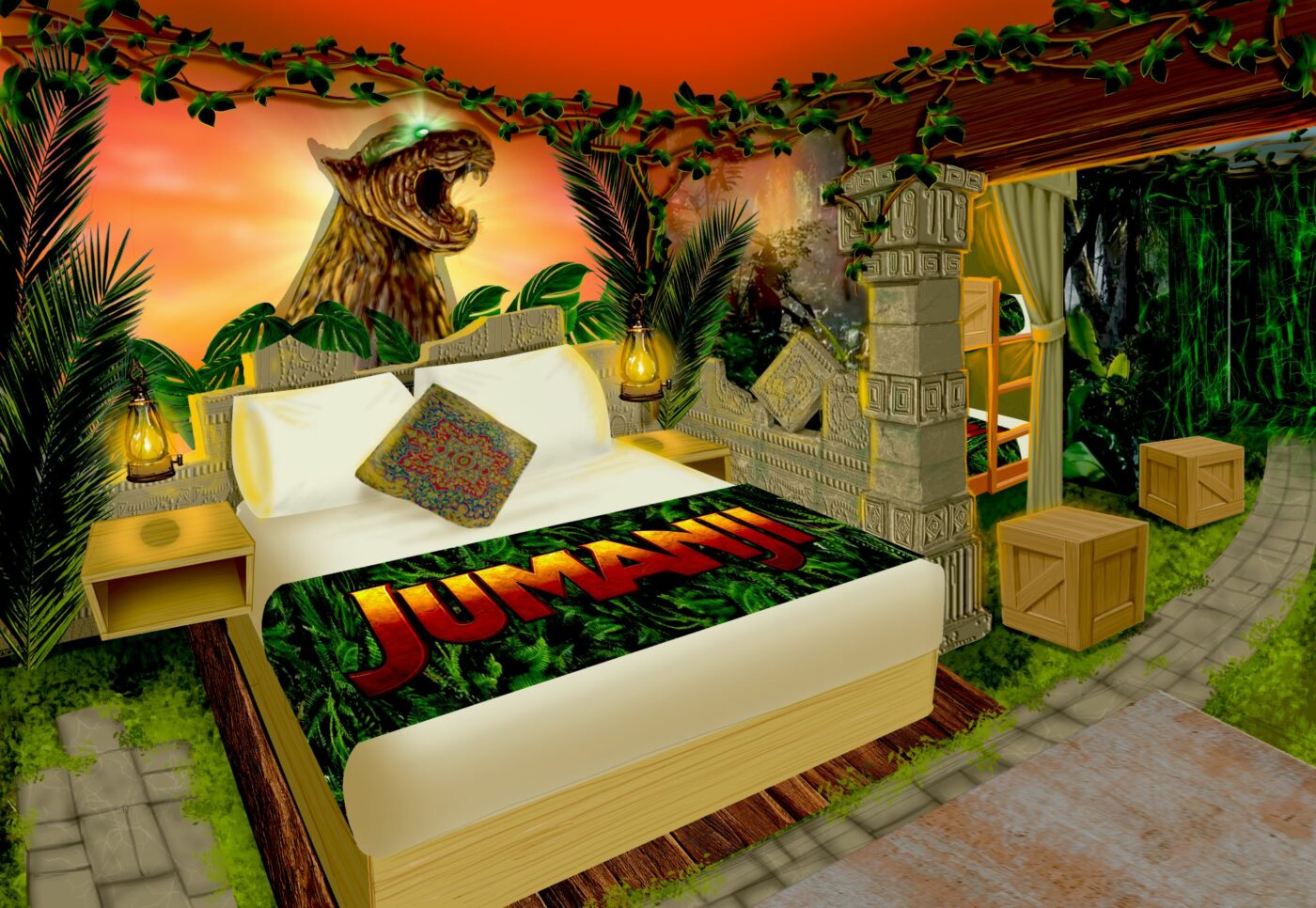 Outside of the land itself, the park will continue the Jumanji theme with six Jumanji-inspired rooms at the Chessington Safari Hotel.

Construction photos from late December can be seen on the ParkLife Facebook page.

World of Jumanji is the single largest investment in the park’s history. The land is expected to open in the spring of this year. Visit the Chessington World of Adventures website for more information.

What do you think of World of Jumanji and Mandrill Mayhem? Let us know in the comments section below.